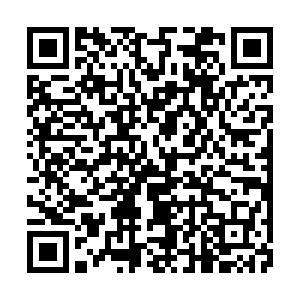 Brexit has been full of deadlines, and the latest threatened to have sealed the deal – or rather the lack of one. With the end of the transition period looming on December 31 without an EU/UK trade deal amid "major differences between the two sides," European Commission President Ursula von der Leyen said last week: "We will come to a decision by the end of the weekend."

By the end of the weekend, the sides had decided to carry on talking but the clock ticks ever louder – any suggested deal would have to be voted through both the UK and European parliaments, neither of them noted for either quiet acquiescence or a determination to work through Christmas.

If no deal is reached, many feel the logistical and bureaucratic complications that begin on January 1 will help to focus minds – on both sides – and accelerate progress toward a deal. But that may not happen until well into 2021, so what happens to those who wish to travel across the new border from January 1?

Here, CGTN Europe will try to answer that huge question, but firstly, some caveats. Despite each side recently unveiling contingency plans, some practical realities are as yet unknown; quite aside from Brexit, COVID-19 is changing the logistics of travel on an almost daily basis, so please check before you (attempt to) travel. Also, we're focusing here on travel, not trade. That's a whole other story...

Barred at the borders?

As noted, COVID-19 concerns can often override Brexit logistics, but sometimes they overlap, and that's certainly the case with holidays: From January 1, Britons will be barred from non-essential travel to the EU.

This may seem to some like a petty reaction to Brexit, but from 2021 the UK will no longer be part of the EU, and the bloc has strengthened its borders during the pandemic. Specifically, travelers from outside the EU and European Economic Area (EEA) are not welcome except from a handful of countries with notably low transmission rates (currently including Australia, New Zealand and South Korea). The UK is also exempt during the Brexit transition period, which elapses on December 31.

One important exception is at the only UK/EU land border: Northern Ireland residents can travel to the Republic of Ireland. Also, EU member states can in theory override the bar on Britons, although this is thought to be unlikely.

Going the other way, the details are somewhat more piecemeal. The UK asks most visitors to self-isolate for 10 days on arrival, apart from those on a regularly updated "travel corridors" list. At the time of writing, exempted European places of departure include Finland, the Faroe Islands, Gibraltar, Iceland, Ireland, Madeira, Norway and the Greek islands of Corfu, Crete, Kos, Rhodes and Zakynthos, but the list changes frequently.

David Cameron, center, the then UK prime minister who promised a Brexit referendum, and his successor Theresa May, left, who oversaw the vote but had her EU/UK deal struck down by parliament, visit Terminal 5 of London's Heathrow Airport in 2010. /Steve Parsons, Pool/AP Photo

David Cameron, center, the then UK prime minister who promised a Brexit referendum, and his successor Theresa May, left, who oversaw the vote but had her EU/UK deal struck down by parliament, visit Terminal 5 of London's Heathrow Airport in 2010. /Steve Parsons, Pool/AP Photo

When – or if – the COVID-19 restrictions are relaxed, there will be a major change for 2021: the extension of the 90/180 rule. Like those from other non-EU countries, UK citizens will be limited to 90 days per 180 in the EU – in essence, a maximum three-month block in any six-month period.

The same will effectively apply in reverse: the UK limits most visitors to 180 days per year, without the three-month maximum. Beyond that, visitors (in either direction) must apply for a visa, for example to work or study. There are exceptions: Bulgaria, Croatia, Cyprus and Romania don't apply the 90/180 rule, while the UK and Ireland (along with various islands in their Atlantic archipelago) enjoy a Common Travel Area agreement.

Passports have been a hot topic during the years leading up to Brexit, with supporters of the split from the bloc heralding the break from the EU's purple passbook back to the (very dark) blue used until 1988. Whatever their politics and preference of cover color, UK citizens hoping to visit the EU may have to renew their British passport, whether through gritted Remainer teeth or beaming Leaver grins.

In order, as their frontpaper requests, "to allow the bearer to pass freely without let or hindrance" into the EU after January 1, British passports must have at least six months left to run and be less than 10 years old. These are tighter than previous UK rules.

In the other direction, citizens of the EU, Iceland, Liechtenstein, Norway and Switzerland visiting Britain can still travel on their existing passport (or, until September 30, ID card). 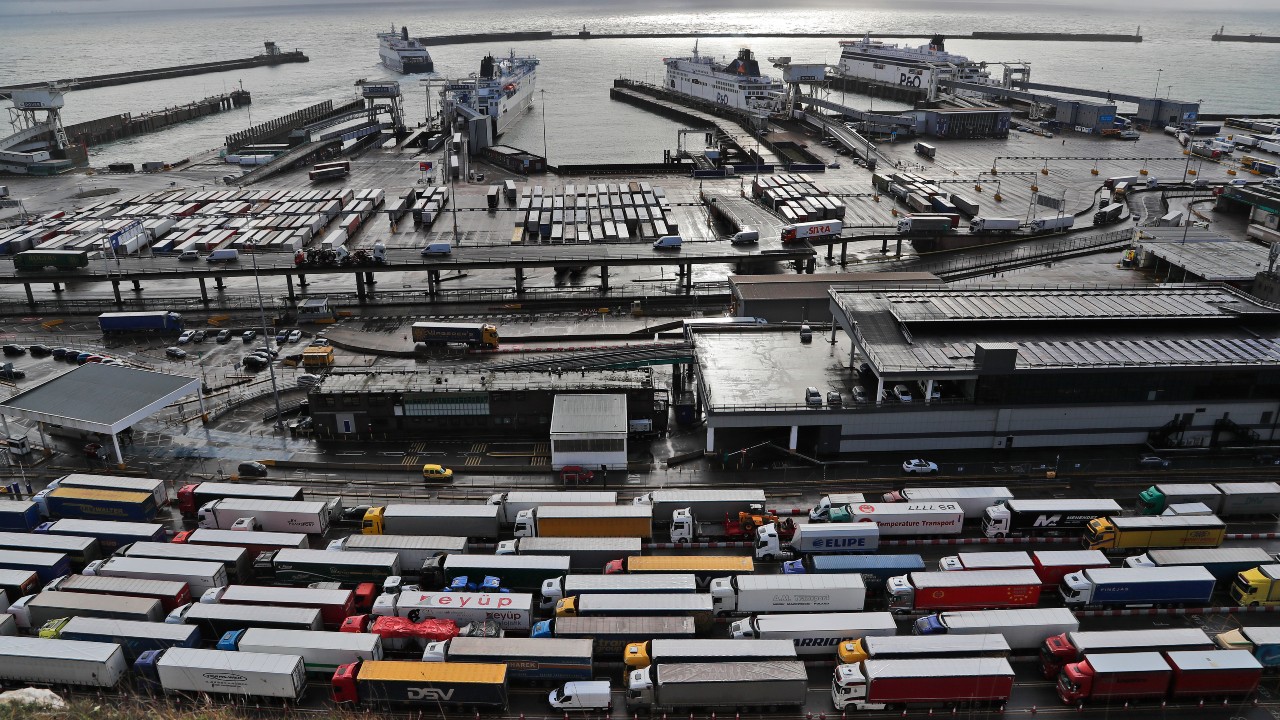 With the UK out of the EU, there will be stricter border control protocols both ways. EU border officers can now insist UK travelers show a return or onward ticket and demonstrate they have enough money for the duration of their stay. This will all take place in a different lane at the border: UK travelers will not be able to queue in the EU/EEA lane or use the fast-track airport "e-gates" which use biometric tracking.

In fact, border queues (in both directions) are likely to be the most visible evidence of Brexit changes, and therefore the go-to footage for news updates. Airport border-control lines are likely to be longer, but possibly not nearly as long as the traffic queues at ferry ports as officers grapple with new paperwork on vehicles carrying goods.

UK travelers will also no longer be guaranteed free mobile roaming under the EU's flagship "roam as at home" policy. That said, a new UK law limits monthly charges at 45 pounds ($60) – designed to emulate the EU's cap of 50 euros, (also around $60) – without phone companies informing the customer, theoretically ending the old problem of people returning home to find they'd run up huge bills while away. The same law forces companies to inform customers when they have reached 80 percent of their allowance – and maxed it out, at which point customers must opt in to further coverage and charges.

In addition, while mobile phone companies will no longer be legally forced to guarantee free roaming, it's a competitive market and many of the largest providers have already said they wouldn't charge. It's also possible they could partner with providers in other countries to strike bilateral data deals for each other's customers – or extend domestic deals via sister companies, such as O2 (UK) and Movistar (Spain).

'Wait, how much is this costing?' The EU's data-roaming laws will no longer protect UK citizens. /Virginia Mayo/AP Photo

'Wait, how much is this costing?' The EU's data-roaming laws will no longer protect UK citizens. /Virginia Mayo/AP Photo

While connectivity is a relatively modern worry for travelers, a longer-standing concern is health and medical cover. The freely available European Health Insurance Cards (EHICs) that guarantee EU citizens state-provided medical treatment while abroad – free of charge if the host country provides it cost-free to its own citizens – will no longer be valid for most UK travelers.

Coming in the other direction, EU travelers to the UK would be well advised to top up their travel insurance, given the end of the EHIC system. The UK is hoping to set up reciprocal deals with other nations to provide free healthcare for visiting citizens, but these are yet to be agreed.

For UK citizens, driving in Europe will now require more changes than switching from the left-hand side of the road to the right. As well as taking their UK driving license and GB car sticker, they may need an International Driving Permit in some countries.

UK drivers will also require a "green card" proving their vehicle is insured (and another for the trailer or caravan if that's going along for the ride, or if the insurance renews during the trip). The gov.uk website advises drivers to contact their insurers six weeks before travel to make sure paperwork is in order.

Speaking of paperwork, they will need either their log book (V5C) or a VE103 for a hired vehicle (stop us if this is getting too exciting) –and, again, this red tape is expected to increase traffic at border posts already struggling with new checks on goods vehicles.

EU visitors driving in the UK will also face those queues at ports and will require their own paperwork. The gov.uk website says that "Visitors with a non-UK driving license will still be able to drive in the UK," but again will need that insurance green card bearing their name, vehicle number and period of insurance cover. 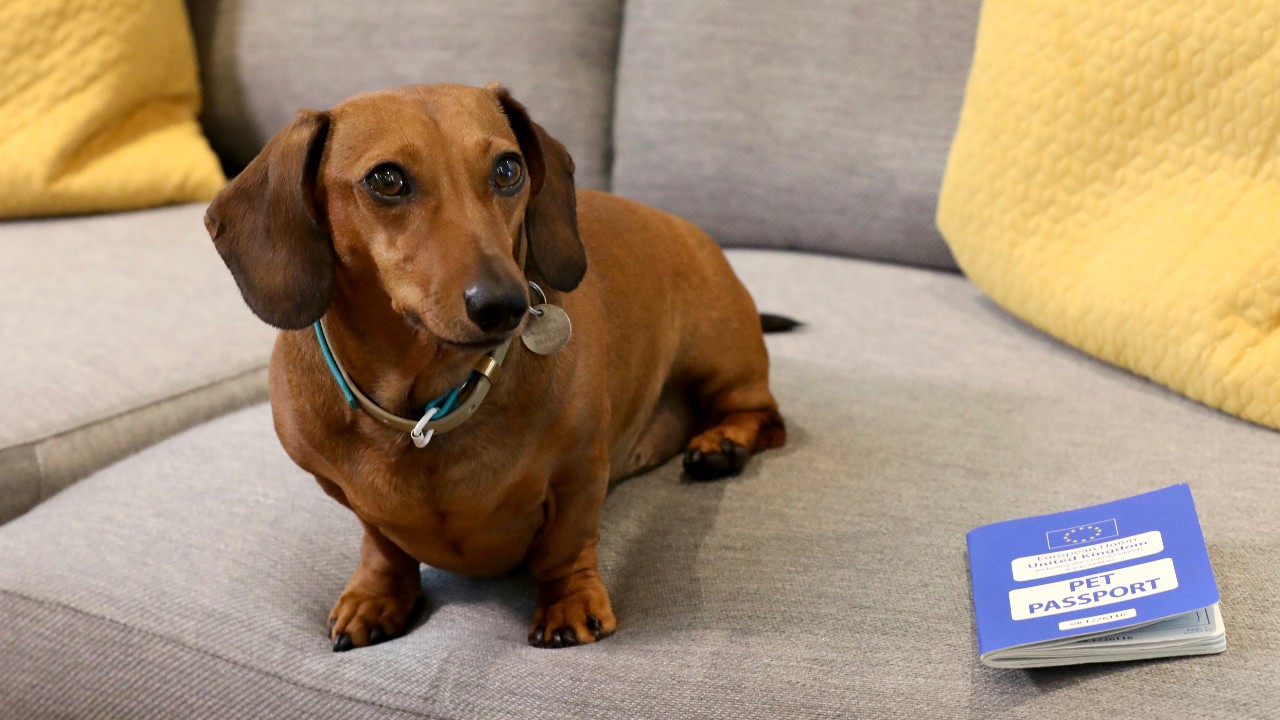 This miniature Dachshund called George may be disappointed to know that his EU Pet Passport will no longer work in 2021. /Natasha Livingstone/AP Photo

This miniature Dachshund called George may be disappointed to know that his EU Pet Passport will no longer work in 2021. /Natasha Livingstone/AP Photo

There will also be changes for pet owners wishing to take their animal friends across the border – and it's unlikely to be a quick fix, with details still to be finalized.

For UK citizens visiting Europe, the current pet passport system will no longer be relevant, with a new protocol in place – but nobody knows quite what this is yet. The EU operates a three-tier system, and while the UK government has applied for England, Scotland and Wales to be graded at the most friction-free level (in which dogs, cats and ferrets can enter the EU similarly to now), no decision has been made.

For Europeans bringing pets to Great Britain – that's England, Scotland and Wales, not Northern Ireland, which has different rules – the UK government says "there will be no change to the current health preparations." Pets must have either an existing EU pet passport, a British-issue animal health certificate less than four months old or a UK pet health certificate.

Because of this uncertainty, the UK government is advising travelers – in either direction – to contact their vet "at least four months before traveling to make sure" pets can come along for the ride.

And finally, while navigating such different systems may remind some people of the more difficult aspects of pre-EU tourism, there is one subsection of Channel crossing that can now be revived with enthusiasm – on one side, at least.

For the first time since July 1, 1999, Brexit will bring the return of duty-free shopping between the UK and the EU – including the (in)famous "booze cruise" in which Britons nipped over the Channel to stock up on lower-priced alcohol, often at the nearest hypermarkets to ferry ports.

There will be limits, and not just that the new rules don't apply to Northern Ireland (a move that Belfast airport's managing director termed "another nail in the coffin"). People returning to England, Scotland and Wales will be restricted to hauling home 16 liters of beer, four liters of wine and one liter of spirits without paying any customs duty.

They can also bring back up to 200 cigarettes, 100 cigarillos, 50 cigars or 250 grams of tobacco. That's a quarter of the amounts they were allowed to bring back from EU countries, and while there may be post-Brexit bargains, it's interesting to note that the UK's proportion of smokers, around 14 percent, is around half what it was when UK/EU duty-free ended in 1999 (28 percent) and less than a third of the 46 percent it was when the UK joined the bloc in 1973. Britain and Europe are very different places now – and about to get a bit more different.