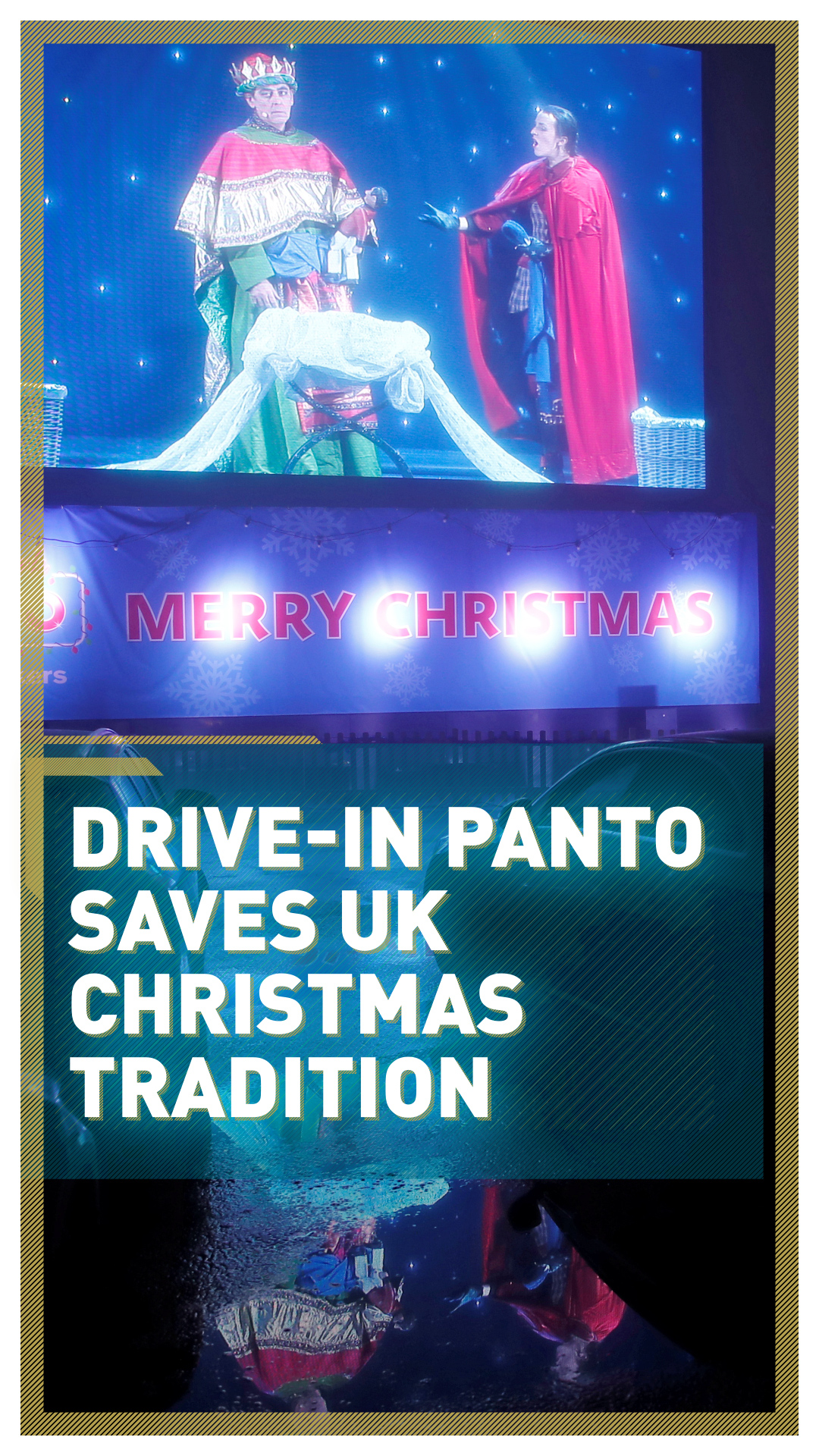 Like so many industries this year, Britain's much-loved Christmas tradition of pantomime was under threat because of the UK's COVID-19 restrictions.

However, one acting troupe has managed to save its festive musical comedy from cancellation by swapping the theater with the car park, and staging a drive-thru panto.

The Birmingham Stage Company, in partnership with British TV show Horrible Histories, will be able to perform a Horrible Christmas pantomime to thousands of families across the UK watching from their cars.

And with audience participation limited to flashing headlamps and honking horns, company manager Neal Foster describes the project as a "totally unique way of doing theater."

"It's not like being in a theater at all, it's very peculiar," said Foster at the opening show in southern English city of Chelmsford. "You're dependent much more on your fellow actors in a way, because you can't connect so much with the audience as you normally would in a theater." 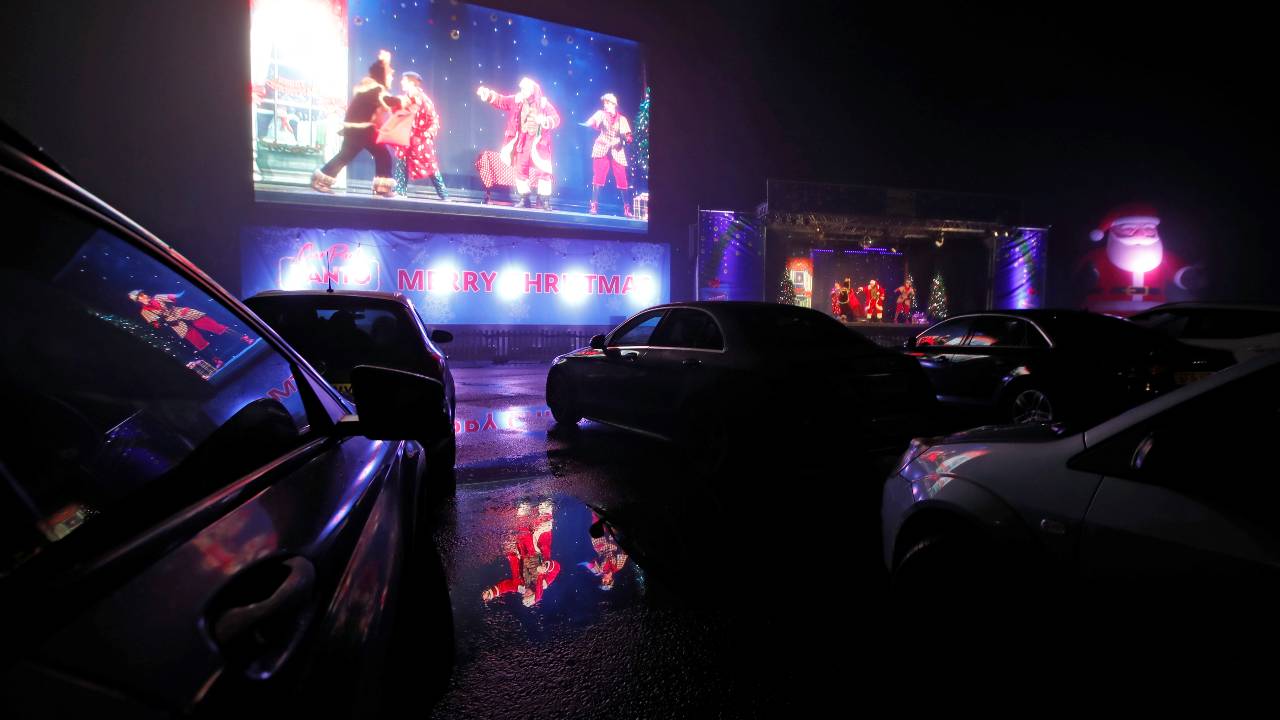 The drive-thru panto peformance is good news for actors, as many hadn't had a stage job since the pandemic hit Europe. /Paul Childs/Reuters

The drive-thru panto peformance is good news for actors, as many hadn't had a stage job since the pandemic hit Europe. /Paul Childs/Reuters

Following the coronavirus safety guidelines, the cast and crew have been rehearsing in bubbles and will pass Christmas together, with performances going on until January 3.

Although things are different this year, Foster said the production was a good news for the actors as many hadn't had an acting job since March.

"They're so excited to be on stage again, doing what they're so skilled at – what they've been doing, some of them, for 30 years. And we're really excited for theatre to get back to normal," he said.

While the production was different to the usual pantomime tradition, audience members said the show was still a triumph. Louise Perry, who took her two daughters, said it was important there was something for the children to do during the Christmas period as "there's hardly anything on."

Ticket sales for the show have been successful across the country, with many locations selling out.

Guy Robinson, CEO of Coalition Agency, which first floated the idea for the drive-thru panto, said over 50,000 were expected to come to Horrible Christmas performances at 20 venues over the next three weeks.

Robinson said he thought the high ticket sales were due to everybody wanting to "come together and make memories" at the moment.

"Entertainment is one of those things that is at the heart of everybody," he said.