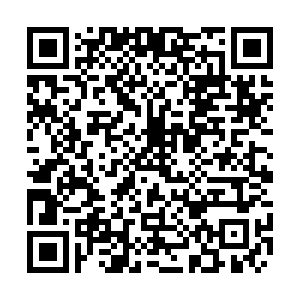 The Faroe Islands is set to open what is being called the first ever undersea roundabout, with a dramatic "jellyfish" design, which will significantly reduce travel time.

The roundabout will be part of a new tunnel network linking the islands of Streymoy and Eysturoy. An 11 km-long tunnel will cut traveling time from the capital Torshavn to Runavik from one hour and 14 minutes to just 16 minutes.

Life-size dancing figures based on traditional folklore light up the roundabout designed by artist Tróndur Patursson.

After more than three years of construction, the new tunnel network is due to open on December 19.

Teitur Samuelsen, CEO of Estunlar, the company constructing the tunnels, said he talked to Patursson about designing the roundabout.

"I spoke to Tróndur Patursson about it. The art symbolizes among other things the people walking from the darkness toward the light. Which means that every person shall use their skills here in life for something," Samuelsen told CGTN Europe.

"It also symbolizes the Faroes chain dance, where people hold hands, and when the Faroese hold hands – working together – we are able to do more together than individually.

"The Faroese history has from the old days not been written down, but is told from generation to generation in the ballads to the Faroese chain dance." 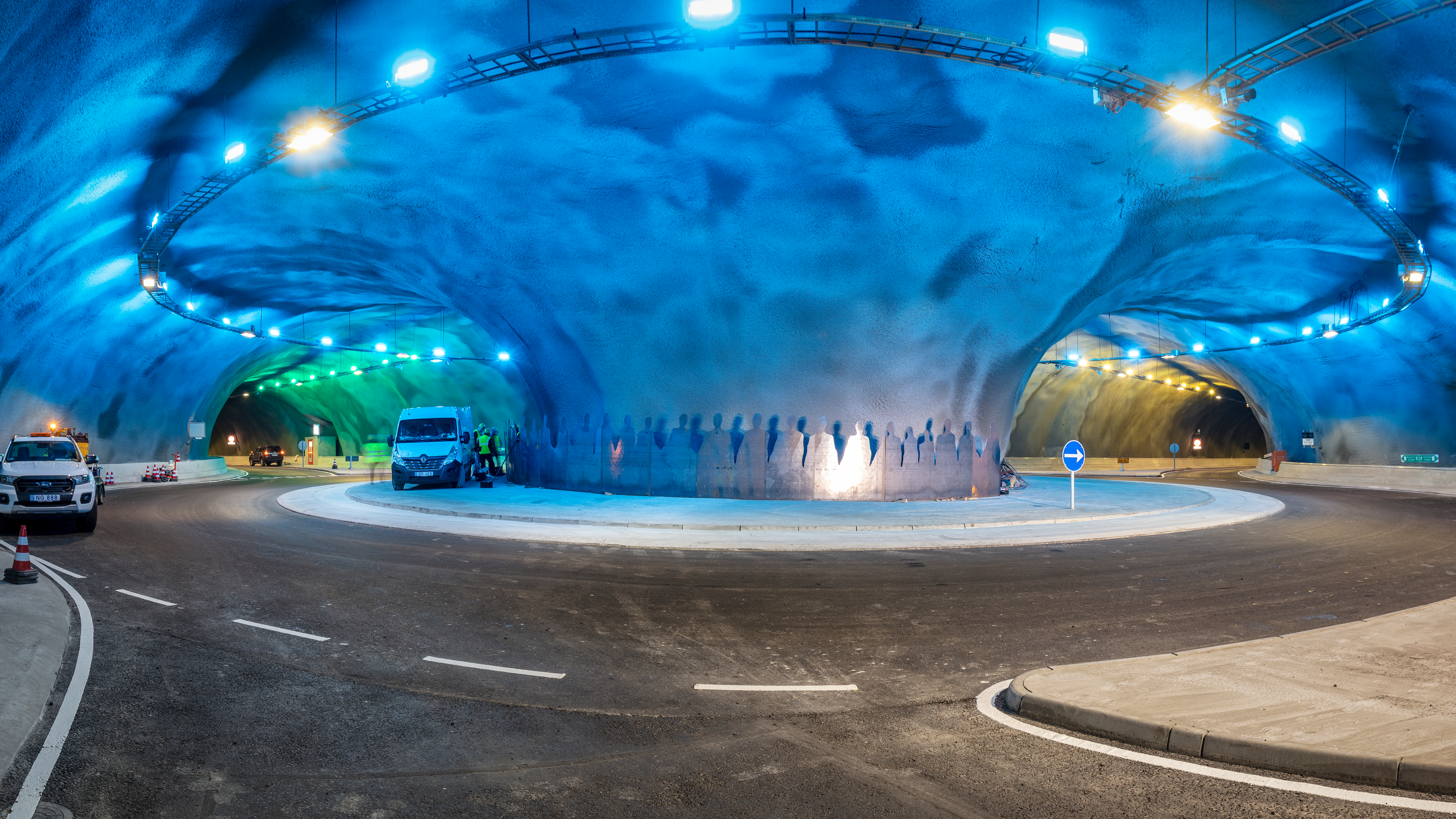 The roundabout will be part of a tunnel network linking Streymoy and Eysturoy. /Estunlar

The roundabout will be part of a tunnel network linking Streymoy and Eysturoy. /Estunlar

The tunnel network is 187 meters below sea level at its lowest point, and Samuelsen admits it has been a technically difficult project.

"It is very complex, but we have very good experience of constructing tunnels in the Faroe Islands," he said.

The Faroe Islands, an autonomous region of Denmark, is a series of 18 islets in the north Atlantic, located halfway between Iceland and Norway.

The first tunnels were built in the 1960s and now there are 19 on the islands. The latest underwater tunnel is the biggest infrastructure expansion carried out so far by the Faroe Islands. It means that 90 percent of the population is now connected through one network of roads.

From 2014 to 2024, $65 million has been put aside by the government for the project and the rest of the money has come from loans. The aim is for the cost of the tunnel to be repaid through toll fees.