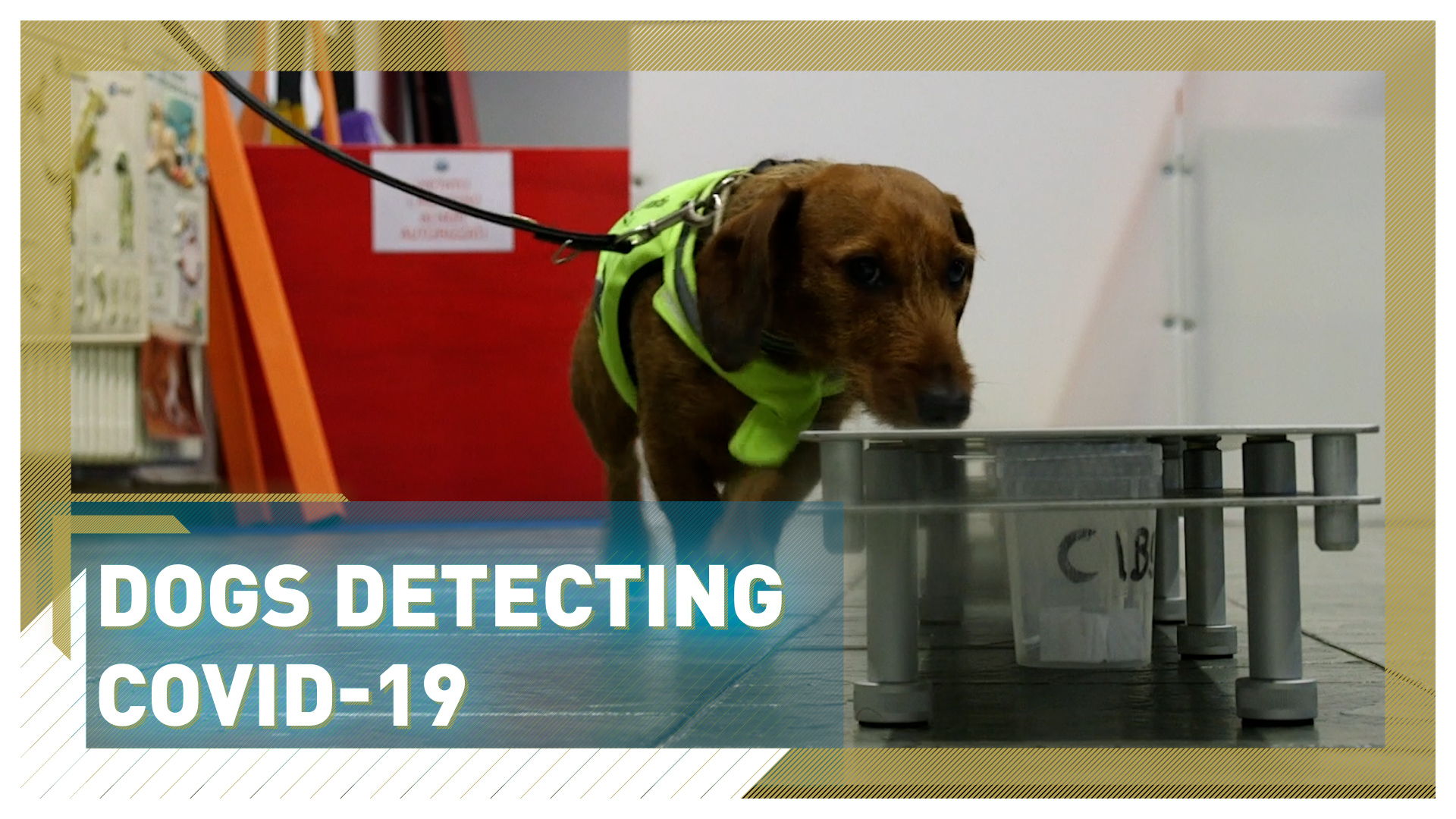 COVID-19 sniffer dogs could be four to six weeks away in Italy, according to researchers.

A group called Medical Detection Dogs Italy has been training the animals to detect the coronavirus, like they would for cancer and diabetes.

Once the dogs go through their four- to six-week training, their sense of smell will be 95 to 97 percent accurate when checking for the virus, even in asymptomatic cases.

Similar COVID-19 sniffer dogs have been trained in other parts of Europe, including France.

While in action, these dogs would be used for screening large groups of people, such as children in schools.

Aldo La Spina, the director of Medical Detection Dogs Italy, told CGTN Europe: "This would be really nice for the children and non-invasive. The dogs could also be used for passengers on airplanes or cruise ships, all modes of transport."

The organization has called for government support to implement the project nationally.

But at the moment, the health minister doesn't consider it a priority.

"The future really could be that dogs help us recognize viral illnesses like COVID-19, but we need the assistance of the health minister and public institutions like police and civil protection," La Sina added.