WHO warns COVID-19 'amnesia' may lead to another pandemic
CGTN 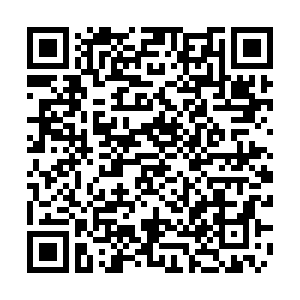 The World Health Organization's (WHO) top emergencies expert said on Monday the world risked future pandemics if it suffered "amnesia" and did not learn from the current coronavirus crisis.

"If we do this again like we did after SARS, like we did after H5N1, like we did after the H1N1 pandemic, if we continue to ignore the realities of what emerging and dangerous pathogens can do to our civilization, then we are likely to experience the same or worse again within our lifetimes," cautioned Mike Ryan, head of the WHO's Emergencies Program.

Ryan also highlighted that the more developed countries in the Northern Hemisphere had been running healthcare systems "like low-cost airlines" and that the world was paying the price for that now.

"In the North, because of the cost model for health systems, we have designed our health systems to be delivered at 95, 98, 100 percent efficiency," said Ryan.

"Health should be at the center of investment for any government, both looking at the health and welfare of its population, but just as importantly, having a first line of defence when it comes to emerging disease threats," added Ryan.

Meanwhile, Tedros Ghebreyesus, the WHO's director-general, urged countries not to politicize the hunt for the origins of the virus as it would only create barriers to learning the truth.

"There is nothing to hide. We want to know the origin … because it will help us to prevent future outbreaks," Ghebreyesus said.

Chinese state media have said the virus existed abroad before it was discovered in the central Chinese city of Wuhan, citing the presence of COVID-19 on imported frozen food packaging and scientific papers saying it had been circulating in Europe last year.

Ghebreyesus also urged Brazil to be "very, very serious" about its rising coronavirus infection numbers, a trend he described as "very, very worrisome."

Brazil has the world's worst COVID-19 death toll outside the U.S..

More than 6.3 million people have been infected and nearly 173,000 have died there from the virus, according to the country's health ministry data.

As holidays and the ski season approach, Tedros said there was "no time for complacency" and called on people to consider the risks they take by meeting friends and family.

Ryan urged countries to consider carefully any plans for the coming ski season to manage the risks associated with people converging on small areas where the new coronavirus could be spread.

But the global health agency declined to offer a specific recommendation to governments faced with the question of whether to allow snow sports this winter.