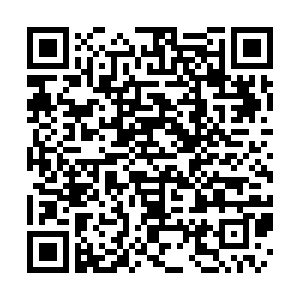 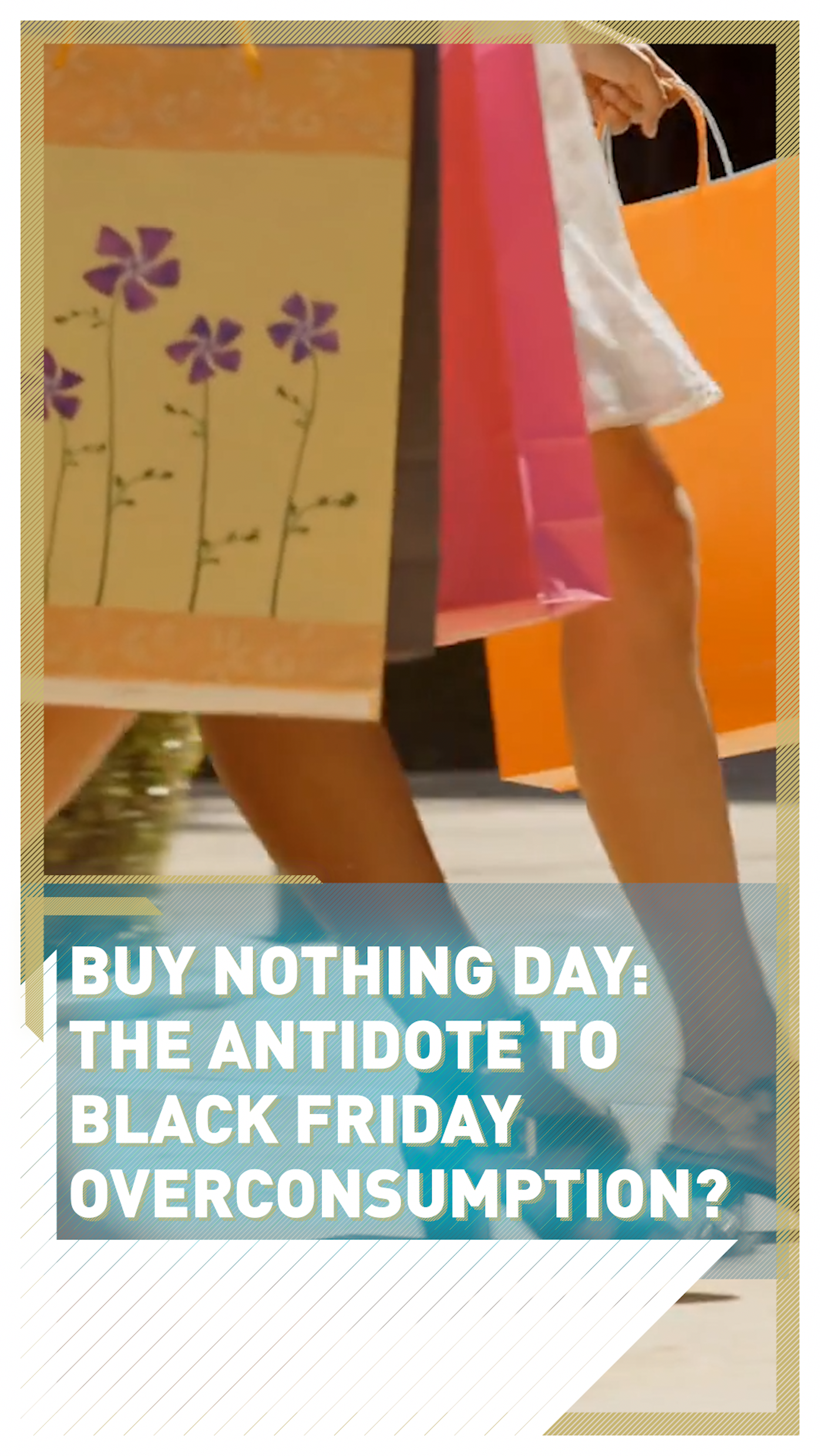 The fourth Friday in November is usually when millions of people rush to stores across the world to try to get the best deals they can find.

The day, otherwise known as Black Friday, is usually a huge boost for shops and economies in the run up to Christmas, but this year, amid the pandemic, most of the shopping will be done online.

However, a movement is rallying against the day, saying it should be a time to acknowledge overconsumption and not to purchase items just because they are cheaper than they usually are.

Buy Nothing Day was started in 1992 and is held on the day following U.S. thanksgiving in North America, Sweden, Finland and the UK. Everywhere else, it is held 24 hours later.

CLICK: HOW BALKAN BUSINESSWOMEN ARE BENEFITING FROM FUNDING DRIVE

The movement's followers are calling for people to boycott Black Friday, not least because of its negative impact the planet – especially during the COVID-19 pandemic, when lockdown measures have positively affected some aspects of environmental change.

Roberta Lee, a sustainable stylist and advocate of the day, said: "I believe it's something around the region of 80 percent of items that are purchased during these Black Friday frenzies do have a very short shelf life and often end up in landfill or are very poorly recycled very shortly after they've been purchased. So we want to avoid that while the pandemic is happening, while everybody's at home."

She added: "Those of us who are sort of aware about the environment, we've been able to notice there has been a slight change in the environmental conditions. And a lot of that can continue to recover as long as we don't go into mindless consumption, which ultimately ends up going back into landfill and damaging and polluting our planet."

There are many alternatives out there to purchasing goods during Black Friday sales, Lee explains.

"We are so conditioned to believe that we have to have ownership of things and actually there's a new wave, there's a brand new generation of people who are really kind of going down the rental market. The rental and sharing economy is really starting to take off," she says.

"And there is something else which is even better than not buying anything or renting. It's actually thinking about giving back - so, acts of kindness and acts of service that don't cost anything. It's a really nice opportunity to think about what you can do without having to spend money," she added. 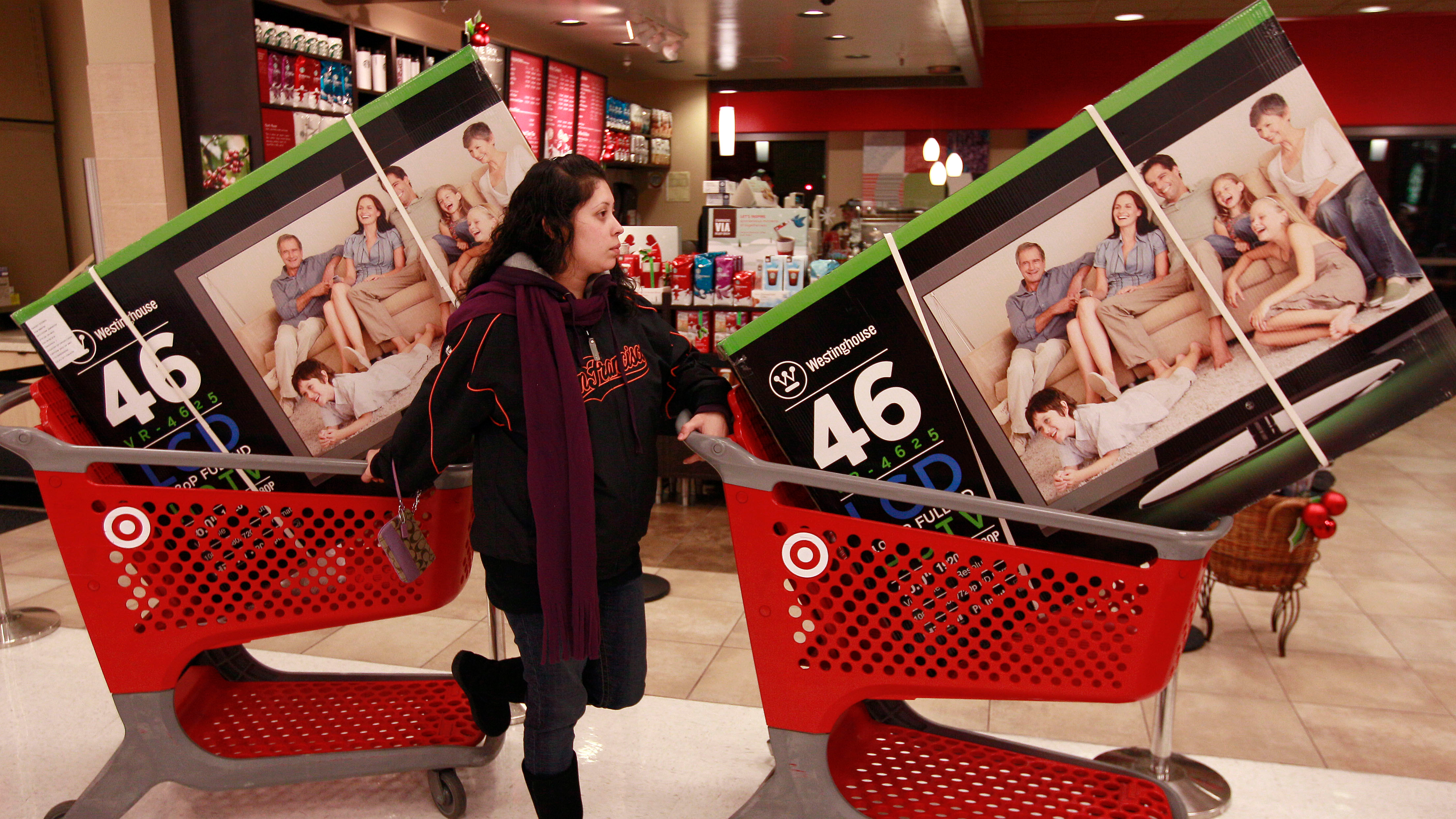 Roberta Lee has urged people to think before they make 'impulse' purchases during Black Friday. /AP

Roberta Lee has urged people to think before they make 'impulse' purchases during Black Friday. /AP

Due to the level of global backing for days such as Black Friday, it may be difficult for Buy Nothing Day to directly compete. However, Lee has come up with an alternative way that could make the event more successful in the future.

"Telling people to just stop buying point blank is quite a difficult message. But I think the effectiveness of this day would be better if the day was moved before Black Friday so that people could think about what they're doing and not buying and then not move straight into impulsive consumption the day that followed," she said.

Lee, who bought herself nothing for 12 months in order to save up for something that would last much longer, has urged people to think before they make "impulse" purchases.

"If you can actually stop and think without sort of jumping into a bargain. The temptation to buy that handbag with its 70 percent off at the moment. Knowing that offer is going to be gone could tempt you to do it. But if the day before or the week before, you've actually sat down and thought about what you really want, what you really need, what's best to gift, then actually you'll be going into it with much more of a conscious attitude," the stylist said.

"I think we can all agree that the more stuff you have, the more stressful life becomes ... actually your stuff starts to own you and it starts to control your life and prevents you from doing things. So, for me, it was very liberating by kind of stopping the impulsive shopping," she added.

The hope for those advocating Buy Nothing Day is that overconsumption will slowly begin to decrease on every day of the year and not just during Black Friday.