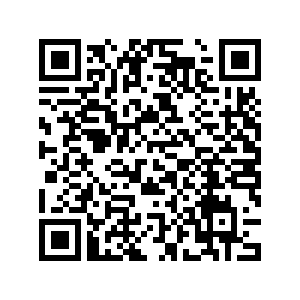 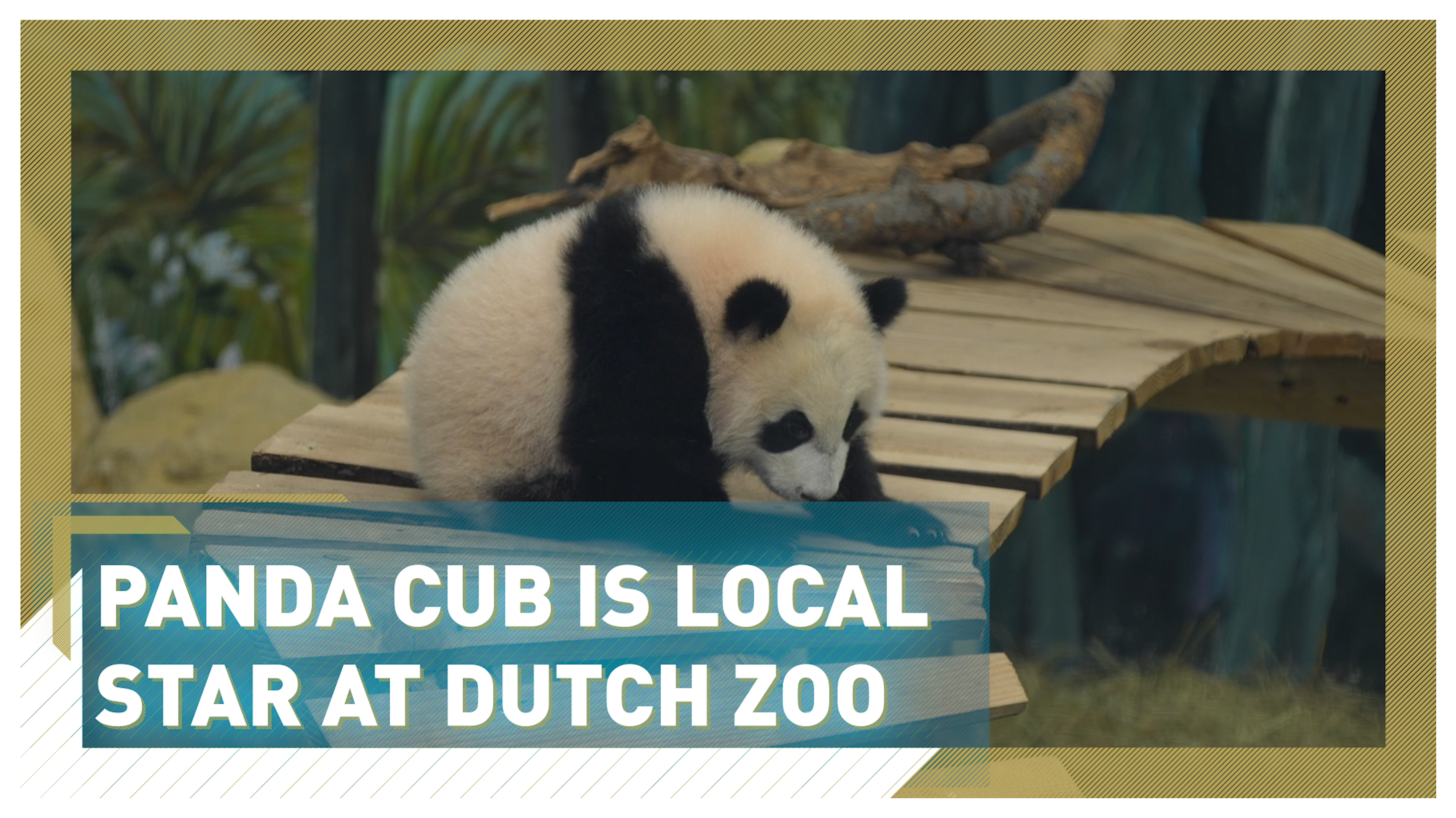 Fan Xing, a male giant panda who was born this spring in the Netherlands, showed himself to the world for the first time on Friday.

The happy parents are Wu Wen and Xing Ya, who China gifted to the Dutch royal family during a state visit to Beijing in 2015.

The pandas arrived in Ouwehands Dierenpark in 2017. As the the window for female fertility is small, with couples only able to conceive for a few days a year, it was unsure whether there would be any offspring.

But three years after the pandas' arrival, much to the surprise of the zoo, the female was pregnant.

The cub's name is a mix of the word "star" in Chinese and the name of the famous Dutch artist Vincent Van Gogh (Fan Gau in Dutch).

Since Fan Xing's birth on May 1, the cub has been living in the den with his mother, Wu Wen and the public could only watch them on camera images.

Jose Kok, biology and education manager at Ouwehands Zoo, explains: "It's the first cub born here, in the zoo and even in The Netherlands. It was an exciting moment for all of us.

"The first 10 days of a bear cub are quite tricky because a lot of cubs die in that period. But it survived, and now the cub is in perfect health, playing and learning to walk and how to eat bamboo."

The family of three is now living in enormous Chinese-themed enclosures and gardens. The buildings contain separate areas for each panda since they are very solitary creatures. 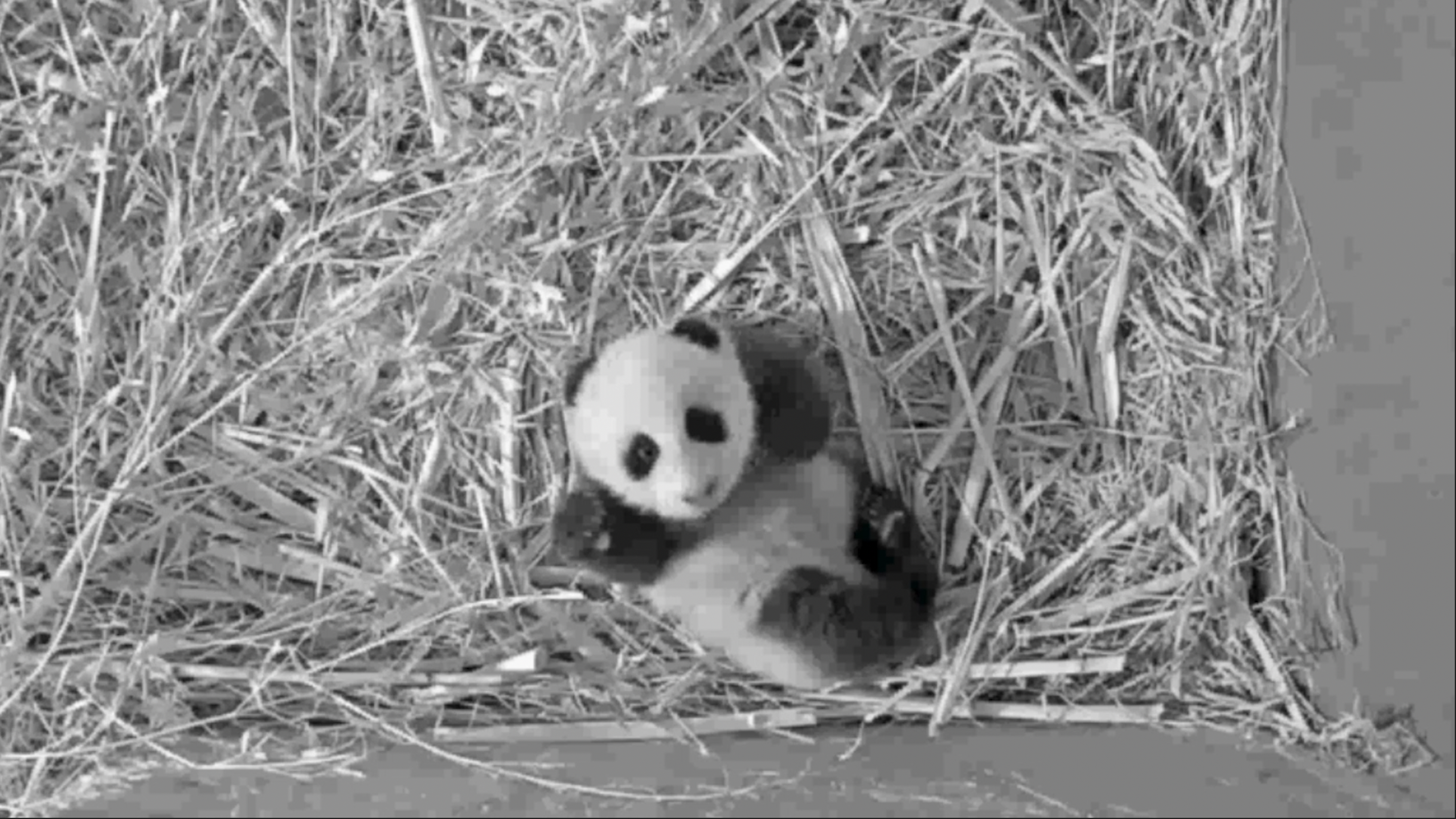 The name of the cub is Fan Xing. Xing is from Chinese, meaning Star, and Fan comes from Fan Gau, Van Gogh in Dutch. /CGTN

The name of the cub is Fan Xing. Xing is from Chinese, meaning Star, and Fan comes from Fan Gau, Van Gogh in Dutch. /CGTN

As part of the partial lockdown in the Netherlands, all animal parks and museums have been closed, but Ouwehands Zoo reopened on Friday.

"I'm very, very happy because we were such a small group to see the cub, and now everybody can come and see Fan Xing. So this is a great moment," Kok told CGTN Europe.

The Zoo is hoping Fan Xing will draw big crowds – and bring some smiles to people's faces in these difficult times. However, the newborn did not seem very impressed by all the attention, spending most of his time sleeping in his new living space.

For the next year-and-a-half, Fan Xing will stay close to his mother. He will then get his own enclosure. In 2024, Fan Xing will go to China, while his parents will stay in The Netherlands till at least 2032.