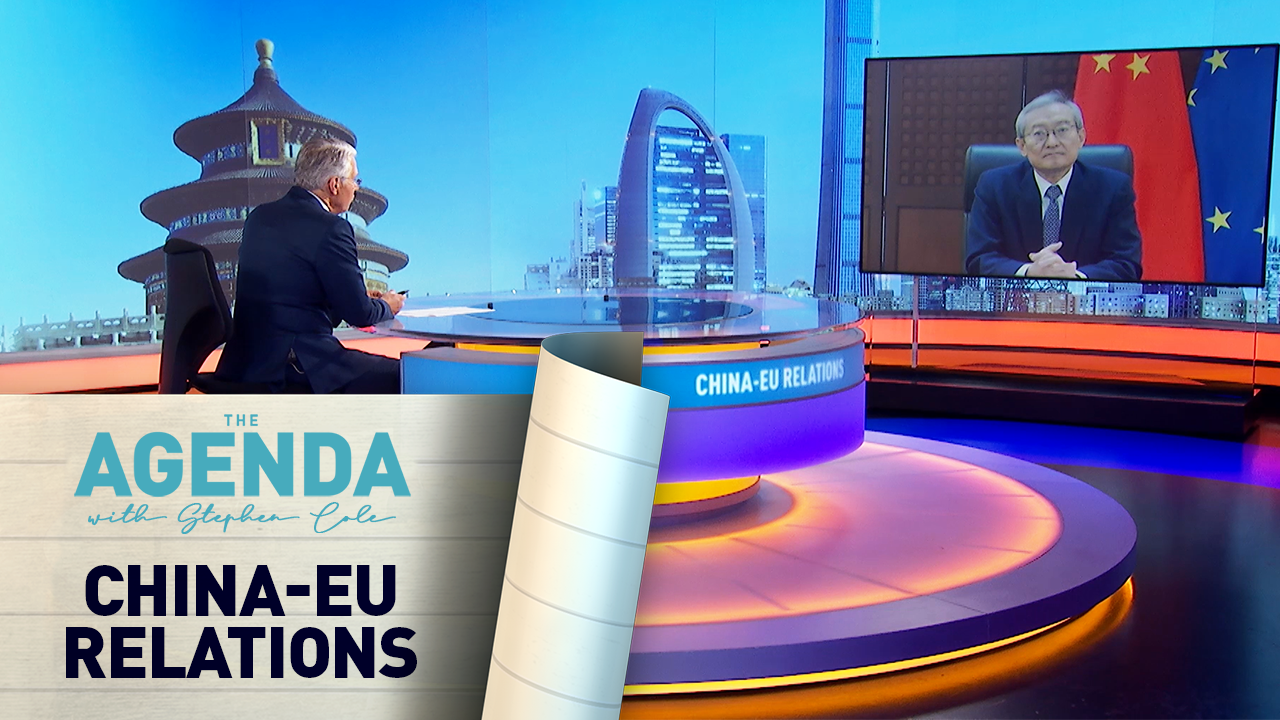 This year marks the 45th anniversary of the establishment of diplomatic relations between China and the European Union.

So on The Agenda this week, Stephen Cole sits down for an exclusive interview with Zhang Ming – China's Ambassador to the European Union.

The two discuss everything from trade and investment to climate change, multilateralism and, of course, the  pandemic.

On the fight against Covid-19, he tells Stephen the two sides are working closely together "Cooperation" he says "is the most powerful weapon against the virus". He also points out that China and the EU are "two engines powering the steady operation of global supply chains and restarting economic activities."

And he addresses head on those who have blamed China for the outbreak. "Tracing the virus is very important. The WHO, Nature, and other specialised institutions have said the country that first reported infectious cases is not necessarily the origin of the virus. Tracing the origin is a serious matter for scientists rather than politicians or other people.

"What we need is the facts. Unfortunately some are using the pandemic to stigmatise China for political gain. Some are using China to shift attention away from their own troubles. Such distortions do little to help global cooperation against the pandemic."

"The pandemic teaches us that isolation, suspicion, discrediting make no sense. We need cooperation, trust and consultation."

On economic relations between China and the EU, he insists the long awaited Bilateral Investment Treaty will be signed by the end of this year – and that the recent China International Import Expo has proved how important trade deals are. "Global trade has been hit hard by the pandemic" he says "Yet China and the EU have managed to buck the trend." And, as he tells Stephen, with China's middle-classes continue to grow – by 2025 there will be 500m people in that income bracket -  so there is demand for well-made European products.

He also shares his thoughts that soon there will be a new pillar for China-EU cooperation – the fight against climate change and a drive to carbon neutrality. "It reflects our shared commitment to pursuing green, low carbon and sustainable development and safeguarding multilateralism…. Multilateralism is a common language for China and the EU."