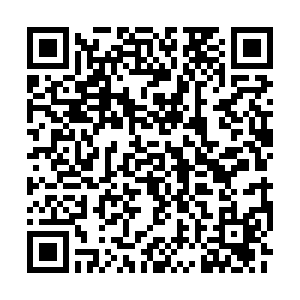 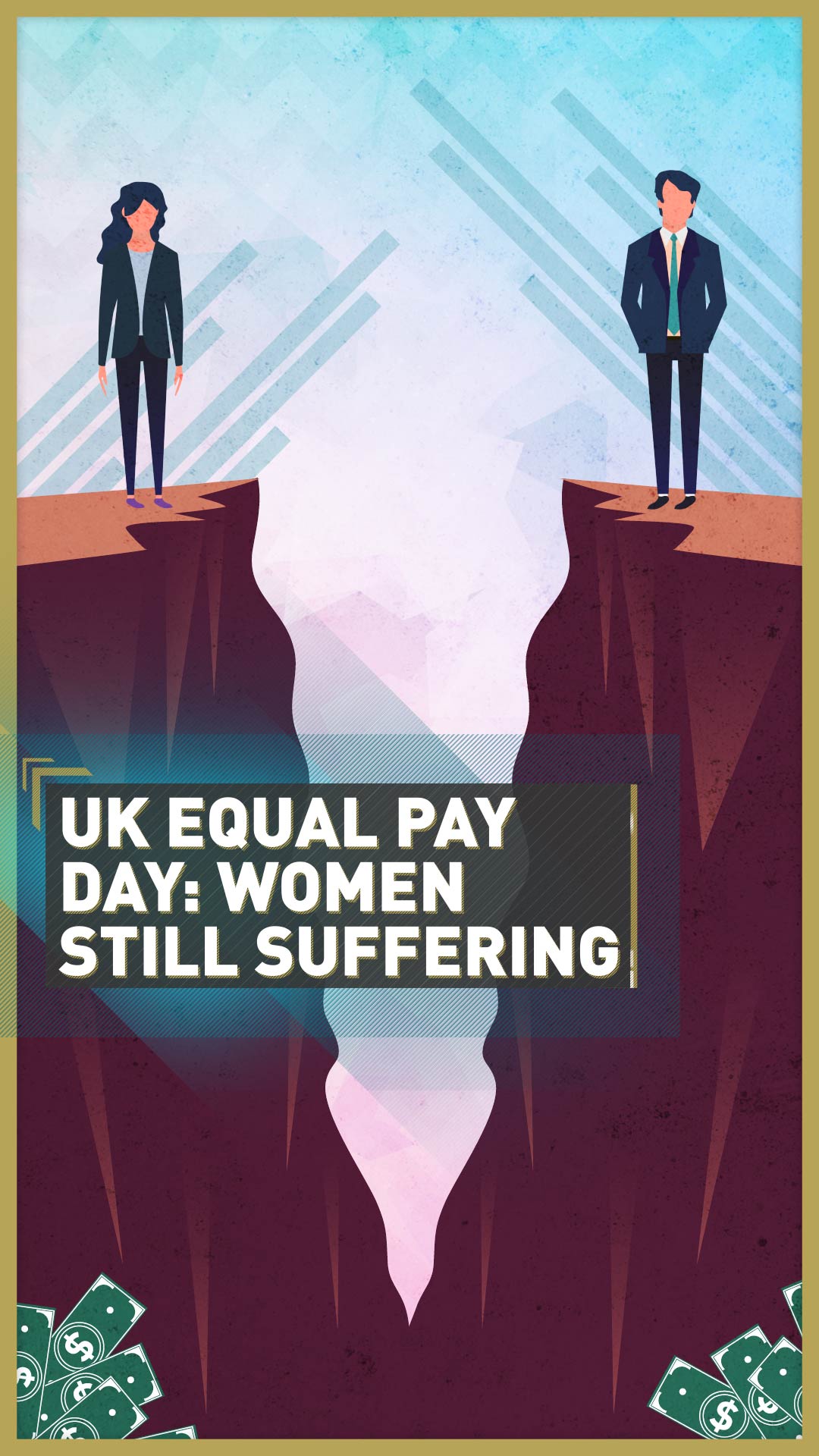 This year, UK Equal Pay Day is marked on November 20 this year, the day when women effectively work the rest of the year for free when their average salaries are compared with those of men, according to the Fawcett Society.

The calculated gender pay gap for full-time workers this year is down 11.5 percent from 13.1 percent in 2019, which means that Equal Pay Day has moved six days later in the year – from November 14 last year.

However, the Fawcett Society warns that the reduction in the gender pay gap does not reflect the true impact of COVID-19, as the coronavirus pandemic has warped the figures for this year, partly due to a 25 percent decrease in the number of people surveyed.

The gender pay gap is the difference between the average pay of men and women within a particular group of a population. Across Europe, women work almost two months for free each year and earn $1.02 for every $1.18 earned by men on average.

According to Europa, the coronavirus pandemic has exacerbated the need for the gender pay gap to be addressed and resolved, as women are overrepresented in front-line, low-paid and precarious jobs such as carers for the elderly and children, nurses, cleaning staff, shop assistants and teachers.

Women tend to earn less per hour than men for the same job, no matter the profession or skill level, according to the Fawcett Society. This gap continues to exist across all sectors and professions. It is also present in all types of employment, whether it be full or part-time employment, because the pay gap is based on hourly pay, it means that women should take home less pay per month and not less per hour.

In the EU, 60 percent of graduates are women, but only 6.9 percent of large companies' CEOs are women. The gender pay gap also has detrimental long-term consequences, as lower salaries lead to smaller pensions and savings.

Overall statistics show that women tend to earn less, and are more likely to occupy less well-paid roles than men, even if working in the same sector. Women are also more likely to be in lower-paid jobs, which offer lower wages than those for men, even if the same level of education and experience is required. 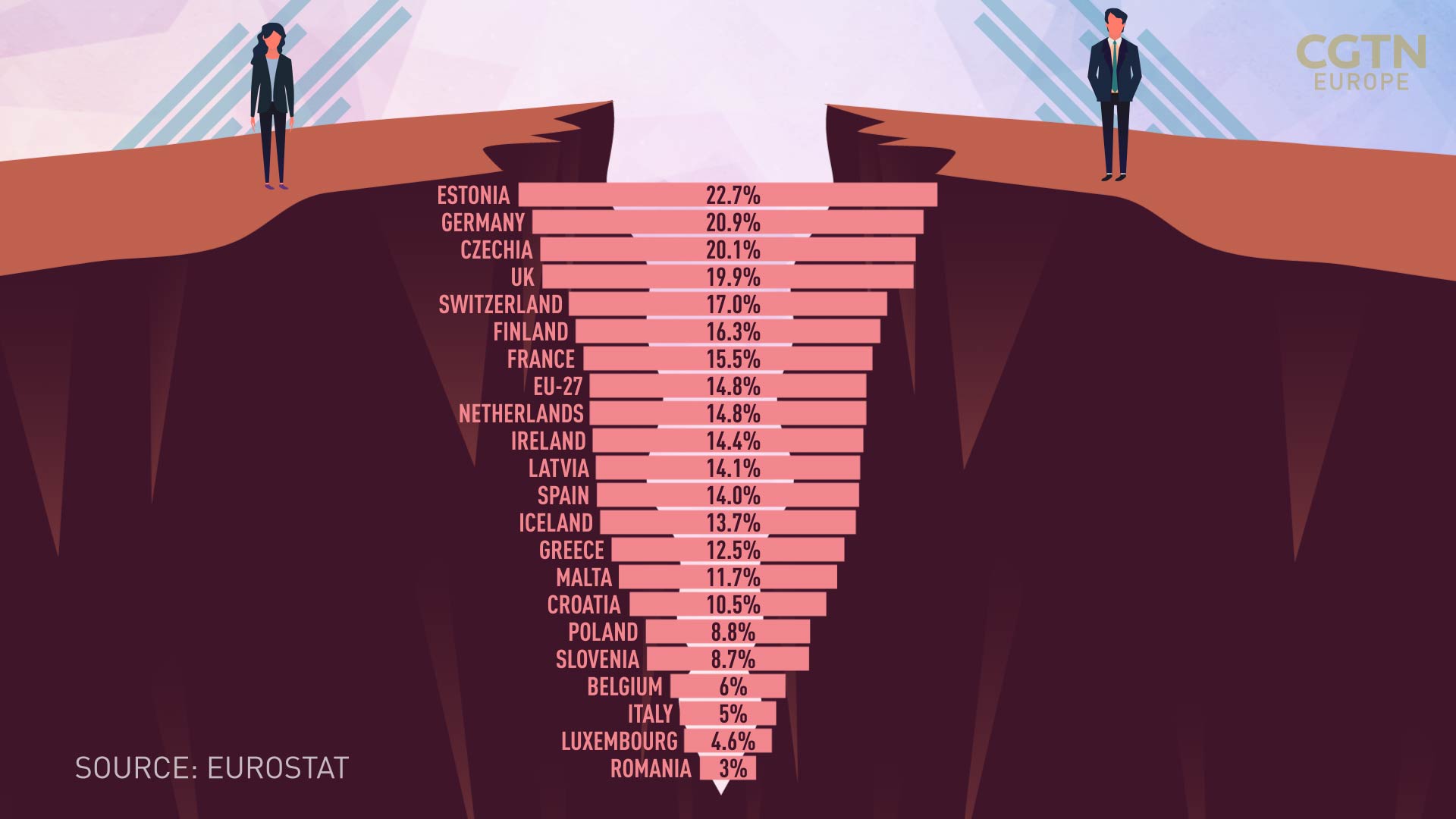 Estonia, Germany and Czechia have the largest gaps in pay between men and women according to Eurostat's latest data published in 2018. /CGTN

Estonia, Germany and Czechia have the largest gaps in pay between men and women according to Eurostat's latest data published in 2018. /CGTN

The coronavirus pandemic means that the world is in a state of transition, particularly when it comes to employment, says the Fawcett Society.

Up to June 31, more men were placed in the UK government's furlough scheme, allowing employers to claim 80 percent of employees' salaries. Even though women had surpassed men in the likelihood of being furloughed by the end of August, men were more likely to have been paid 100 percent of their salary by their employers according to the Inland Revenue.

But hourly pay is only one piece of a big jigsaw, as the gender pay gap does not capture hidden inequalities of employment. This includes women who have reduced their working hours, lost their jobs or left the labor force.

Women are also more likely to work in sectors which are severely impacted by lockdowns. The list includes retail, childcare, restaurants, hospitality and the additional burdens of homeschooling and childcare.

The second UK lockdown is predicted to hit female employees working in retail hard, while those in predominantly male-dominated sectors such as construction and manufacturing are still at work, according to Fawcett Society CEO Sam Smethers.

Due to such unanticipated interruptions in the professional development of women, there are concerns the coronavirus pandemic could have turned back the clock on closing the gender pay gap and overall employment inequality.