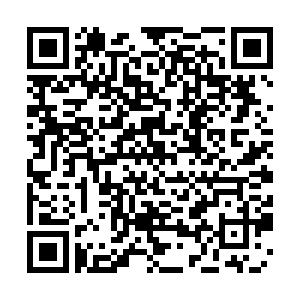 • The new coronavirus was circulating in Italy since September 2019, a study by the National Cancer Institute in Milan says, signaling that COVID-19 might have spread much earlier than previously thought.

• The European Commission wants to reach a deal with Moderna for the supply of millions of doses of its COVID-19 vaccine candidate for a price below $25 per dose. The UK says it has reached an initial agreement for 5 million doses.

• The European Union has struck a deal for up 405 million doses of German biotech firm CureVac's potential COVID-19 vaccine, the head of the EU executive said on Monday, taking total supplies secured by the bloc to nearly 2 billion doses via other deals with AstraZeneca, Johnson & Johnson, Sanofi and Pfizer.

• Britain's "Operation Moonshot" mass-testing plan is likely to be ineffective and expensive, a group of scientists has warned.

• The Swedish government has sharply cut the maximum size of public gatherings, from 300 down to eight, to curb a second wave causing record daily numbers of new cases.

• Germany's federal government has shelved plans for tougher coronavirus curbs in schools, including smaller classes and compulsory mask-wearing, bowing to opposition from leaders of Germany's 16 states.

• The World Health Organization (WHO) has warned against complacency following the positive news about possible vaccines. "Right now we are extremely concerned by the surge in #COVID19 cases we're seeing in some countries," WHO Director-General Tedros Adhanom Ghebreyesus tweeted.

• Medical costs of German COVID-19 patients who have left hospitals are on average 50 percent higher than before they were admitted, data from a major insurer showed, a sign that even those who have recovered struggle to regain full health.

• The politician in charge of the greater Paris region said the French government should allow some shops to reopen for the November 27 "Black Friday" sales. Ile-de-France regional council president Valerie Pecresse wants exemptions from the lockdown, planned to end December 1.

• Czechia reported 1,887 new cases for November 15, its lowest daily tally since October 4. Czechia has suffered Europe's highest per-capita death rate in recent weeks, but new-case rises have fallen in the past week after tighter lockdown measures came into place.

• UK Prime Minister Boris Johnson is self-isolating after coming into contact with someone with COVID-19, but says he is "fit as a butcher's dog" and "bursting with antibodies."

• Catholics in the western French city of Nantes held an open-air mass on Sunday to protest against COVID-19 restrictions banning large religious gatherings. Dozens of people, wearing face masks, knelt with umbrellas in pouring rain to pray in the central Graslin Square. 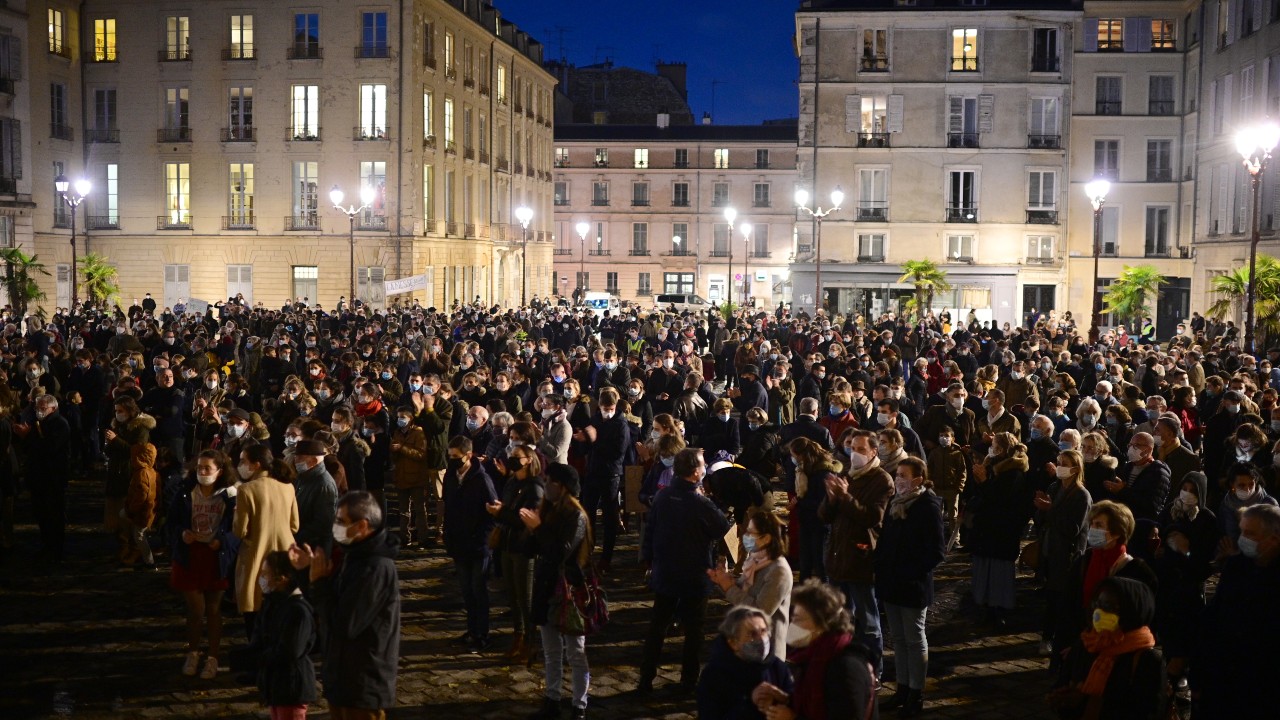 The health secretary says France has "taken back control of the virus," but the country's total number of infections is approaching the 2 million mark. Olivier Veran says: "Everything suggests that we have passed an epidemic peak."

Veran adds that the health ministry has observed a positive trend in indicators regarding the circulation of COVID-19. "Thanks to confinement, like in March, the virus is starting to circulate less," he told a group of regional media on Monday. "For 10 consecutive days, the number of new COVID-19 diagnoses has decreased, the rate of positivity of tests and the rate of incidence are falling."

Another 214 COVID-19 deaths over the weekend took Hungary's toll to 3,097, while infections increased to 140,961. Foreign minister Peter Szijjarto announced that another million doses of favipiravir arrived in Hungary, this time from Japan. The Russian vaccine samples are expected to arrive in Hungary this week, the foreign ministry said.

Meanwhile in neighboring Austria, a nationwide all-day curfew will be imposed from Tuesday until December 6, Chancellor Sebastian Kurz announced on Saturday. From December 7, Austria will start mass testing, once the restrictions have been lifted.

Another of Hungary's western neighbors, Slovenia, shuts down its public transport on Monday. With the exception of grocery stores, pharmacies, banks and post offices, shops will remain closed and all gatherings in the country are prohibited. 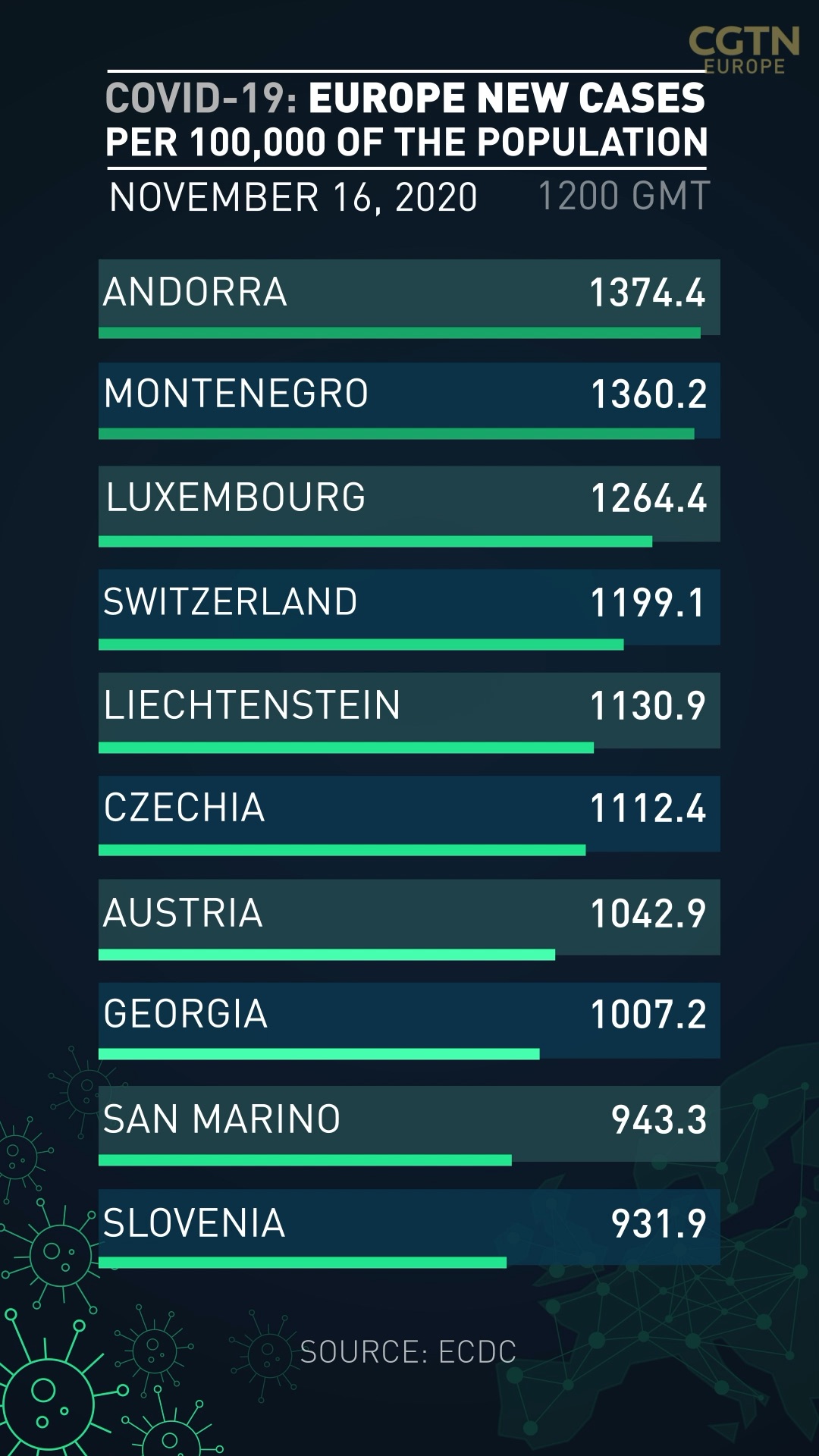 The latest data from Germany's Robert Koch Institute show 10,824 new infections. Although the number is always lower immediately after a weekend because some states delay reporting on Sundays, this figure is the lowest since September 25, indicating the infection is slowing following the introduction of new lockdown measures.

Two weeks into Germany's one-month partial lockdown, Chancellor Angela Merkel will today discuss the anti-coronavirus measures with the country's 16 state premiers. Senior political figures have indicated they're open to extending the measures if necessary, so the latest data will be key in making a determination on what rules Germans can expect for the Christmas period.

Schools across Belgium reopen today after a two-week hiatus meant to put the brakes on infections, but they reopen under a code-red system that will remain in place until December 18. This means younger students will resume face-to-face learning, but students from age 14 upwards will revert to hybrid learning.

The number of new infections in Belgium continues to fall, down to an average of 5,057 per day in the last week – 47 percent lower than the week before. Hospital admissions are also in decline, but the average number of daily deaths continues to climb, albeit at a much slower rate. An average of 197 people a day died from COVID-19 in the past week.