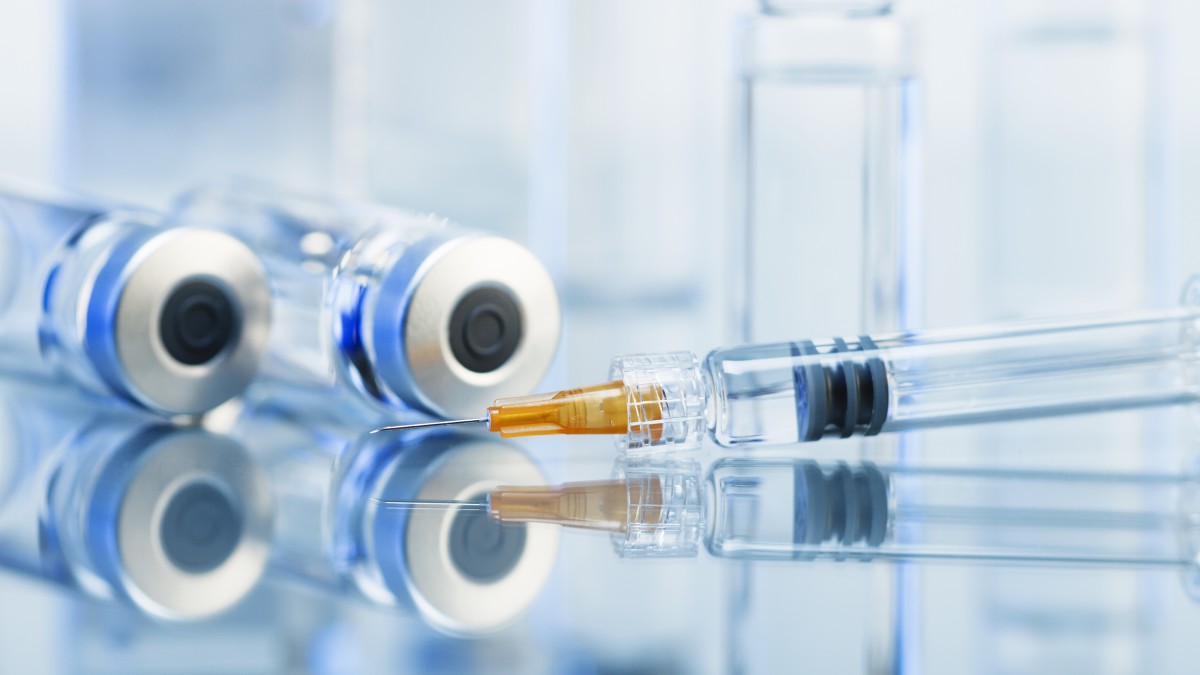 Two promising sets of results within a week have raised hopes of successful vaccination against COVID-19. /GIPhotoStock/Getty Creative

Two promising sets of results within a week have raised hopes of successful vaccination against COVID-19. /GIPhotoStock/Getty Creative

European authorities have hailed the promising trial data announced by U.S. biotech firm Moderna for its COVID-19 vaccine candidate – the second time in a week that a vaccine developer has announced expectation-exceeding results, following a similar announcement from Pfizer/BioNTech last week.

The EU has been in talks with Moderna for its experimental COVID-19 vaccine since at least July. On August 24, the EU Commission, which conducts talks with vaccine makers on behalf of EU states, said exploratory talks with Moderna had been concluded with the aim of signing a contract for the supply of 80 million doses of its vaccine, with the option of buying another 80 million.

Last week the Commission reached a deal with Pfizer and BioNTech on the supply of a separate potential COVID-19 vaccine hours after the companies announced their positive results, EU officials said, adding that the timing was a coincidence. The formal signing of that contract is expected later this week.

The UK, which is no longer included under EU Commission group deals, has also said it is in advanced talks with Moderna. "As part of the ongoing work of the Vaccines Taskforce, the government is in advanced discussions with Moderna to ensure UK access to their vaccine as part of the wider UK portfolio," a government spokesperson said – but acknowledged that as Moderna is "currently scaling up [its] European supply chain," "these doses would become available in spring 2021 in the UK at the earliest."

Earlier on Monday, Moderna announced its experimental vaccine was 94.5 percent effective in preventing COVID-19 based on interim data from a late-stage clinical trial, becoming the second U.S. company in a week to report results that far exceed expectations.

Together with Pfizer's vaccine, also shown to be more than 90 percent effective, and pending more safety data and regulatory review, the U.S. could have two vaccines authorized for emergency use in December, with as many as 60 million doses of vaccine available by the year's end.

Next year, the U.S. government could have access to more than 1 billion doses just from the two vaccine makers, more than the amount needed for the country's 330 million residents.

Moderna's president Stephen Hoge welcomed the "really important milestone" but said what was most reassuring was having similar results from two different companies. "That should give us all hope that actually a vaccine is going to be able to stop this pandemic and hopefully get us back to our lives," Hoge said.

"It won't be Moderna alone that solves this problem. It's going to require many vaccines" to meet the global demand, he added.

Both vaccines were built using new technology known as messenger RNA or mRNA. They aren't made with the coronavirus itself, meaning there's no chance anyone could catch it from the shots. Instead, the vaccine contains a piece of genetic code that trains the immune system to recognize the spiked protein on the surface of the virus.

Moderna's interim analysis was based on 95 infections among trial participants who received either a placebo or the vaccine. Of those, only five infections occurred in those who received the vaccine, which is administered in two shots 28 days apart.

The study is continuing, and Moderna acknowledged the protection rate might change as more COVID-19 infections are detected and added to the calculations. Also, it's too soon to know how long protection lasts. Both cautions also apply to Pfizer's vaccine.

But Moderna's independent monitors reported some additional, promising aspects: All 11 severe COVID-19 cases were among placebo recipients, and there were no significant safety concerns. The main side effects were fatigue, muscle aches and injection-site pain after the vaccine's second dose, at rates that Hoge characterized as more common than with flu shots but on par with others such as shingles vaccine.

Moderna's vaccine is among 11 candidates in late-stage testing around the world, including four in huge U.S. studies. The company expects to have enough safety data required for U.S. authorization in the next week or so – and to file for emergency use authorization in the coming weeks.

Other countries have already begun vaccinations. Russia licensed its "Sputnik-V" COVID-19 vaccine for domestic use in August before it released data from large-scale trials. It said on November 11 that its vaccine was 92 percent effective based on 20 infections in its large trial.

If the U.S. Food and Drug Administration allows emergency use of either or both candidates, there will be limited, rationed supplies before the end of the year. Both require people to get two shots, several weeks apart. Moderna expects to have about 20 million doses, earmarked for U.S. usage, by the end of 2020. Pfizer and its German partner BioNTech expect to have about 50 million doses globally by year's end.