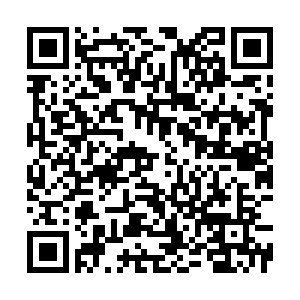 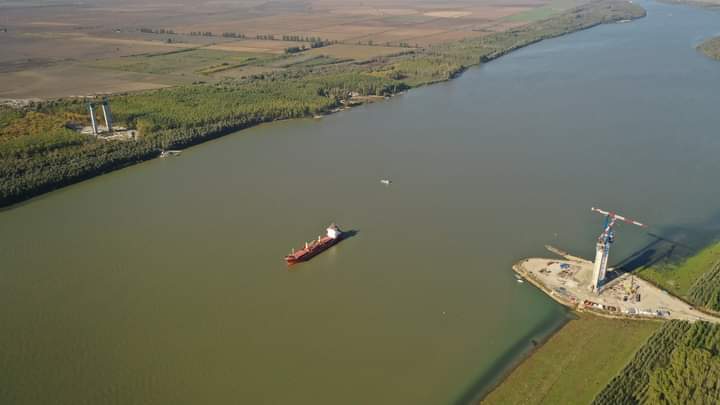 Construction of the bridge is temporarily suspended as developers figure out how to connect the bridge to the country's roads./Pro Infrastructure Association

Construction of the bridge is temporarily suspended as developers figure out how to connect the bridge to the country's roads./Pro Infrastructure Association

The opening of Romania's most expensive bridge will be delayed as its builders try to connect it to the country's road network.

The situation arose because developers pushed ahead with construction of the 500 million euro (almost $600 million) Danube crossing without first securing the necessary permissions and research required to link it to transport routes.

"It will be an embarrassing moment as the bridge will be ready but without any roads to connect it to the mainland," Ionuţ Ciurea, president of Pro Infrastructure Association, a non-governmental organization monitoring road development in Romania, told CGTN Europe.

"If the deadline is respected the bridge will be ready by the end of 2022 but the connecting roads only half a year later at the earliest," Ciurea added.

CLICK: READ OUR AWARD WINNING SERIES OF ENVIRONMENTAL STORIES ON THE DANUBE

When completed, the bridge over the Danube will be the third largest crossing in Europe in terms of span and length, according to the National Road Company in charge of the project.

The total length of the suspension bridge over the Danube will be 1,974.3 meters and the main span 1,120 meters. In comparison, San Francisco's Golden Gate Bridge is 1,970 meters long and has a main span length of 1,280 meters.

The problems with connecting the bridge are linked to procurement of land and a requirement to reroute utilities infrastructure such as water and gas pipelines.

Mariana Ioniţă, general manager of the National Road Infrastructure Management Company responsible for the project, says that this work is now underway.

"I estimate that sometime in 2023 the bridge together with connecting roads will be completed and ready to be used," Ionită says. 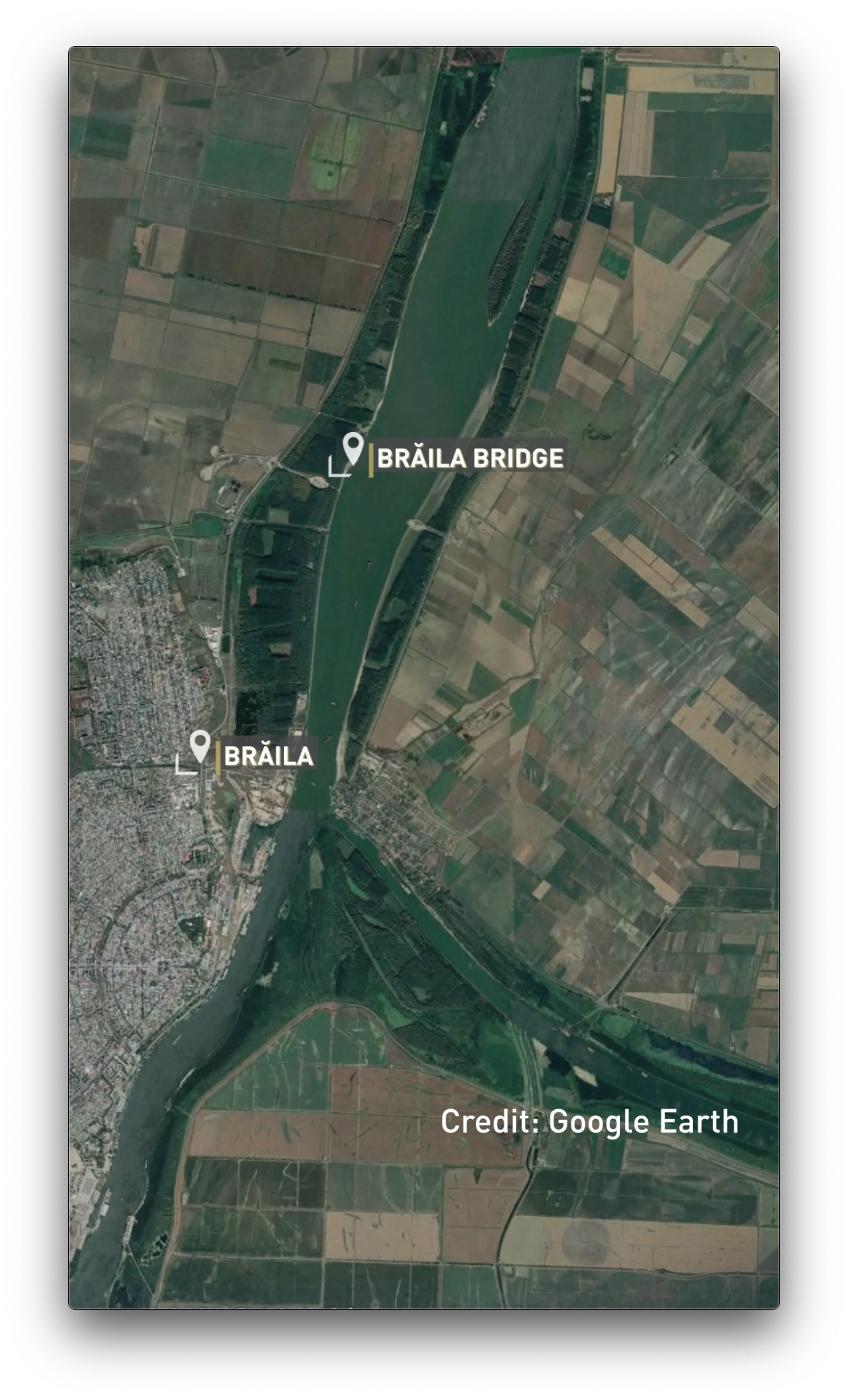 The suspension bridge under construction over the Danube represents an impressive investment, with 85 percent of the money coming from Brussels. This will be the first bridge over the Danube's tidal stretch, and the fourth over the Romanian section of the river.

Connecting the eastern Romanian port city of Brăila to Tulcea County, the bridge is expected to provide better access both to the Galați-Brăila region as well as the port cities of Constanța and Tulcea.

Ştefan Fusea, president of the Brăila County Chamber of Commerce said that the bridge will still benefit the local business environment during construction and after completion.

"Many local entrepreneurs and businesses are employed in the construction of the bridge," says Fusea. "The use of local raw materials also benefits the local employers. When complete, the bridge will provide a national and international gateway for agricultural goods coming from the region, but also will increase the number of tourists coming here and also going to visit the Danube Delta." 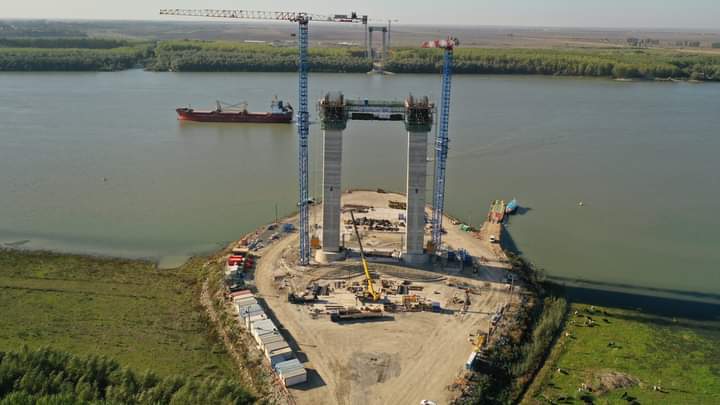 Site of construction of the 500 million euro bridge across the Danube./Pro Infrastructure Association

Site of construction of the 500 million euro bridge across the Danube./Pro Infrastructure Association

The project has been described in a European Commission report as boosting regional development, transport links, creating conditions for sustainable economic growth in the region, and improving Romania's economic competitiveness by ensuring interregional mobility and connectivity.

According to a EU analysis the new infrastructure will cater for the predicted increase in transport of international and local passengers and goods. Transit conditions for international traffic travelling to Bulgaria and Turkey will improve, with reduced travel times and vehicle operating costs.