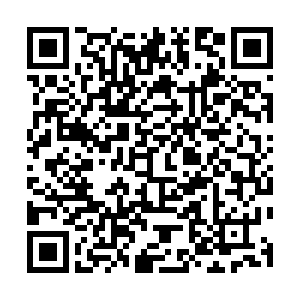 - Germany's health minister said on Thursday he expects that restrictions imposed to curb the coronavirus pandemic will continue through winter.

- The World Health Organization (WHO) is in discussions with the Russian institute that developed the Sputnik V candidate vaccine over its potential application for emergency use listing.

- COVID-19 is spreading rapidly through Italian jails, a prison guard union said, urging the government to do more to contain the outbreak.

- Immunity to the virus in Sweden is likely lower than previously estimated, the country's top epidemiologist and architect of its unorthodox pandemic strategy said on Thursday, as daily deaths rose to their highest level in months.

- Prime Minister Jean Castex said there would be no easing of a second COVID-19 lockdown in France for at least two weeks.

- France has the highest number of cases in Europe after it reported a further 35,879 new infections in the past 24 hours, taking the nationwide tally to more than 1.86 million.

- Cyprus has announced a partial lockdown for Limassol and Paphos, which includes a ban on travel in to and out of the two towns and a night time curfew from Thursday.

- Sweden is to present a law to ban the sale of alcohol in bars, restaurants and nightclubs after 10 p.m. from November 20.

- Greece has extended a nationwide curfew to between 9 p.m. and 5 a.m. after a further surge in infections.

- UK Prime Minister Boris Johnson has urged everybody to get the vaccine when one becomes available, saying the combination of an effective vaccine and mass testing was like a pair of boxing gloves with which the virus could be "pummelled."

- Stockholm has reimposed its ban on nursing home visits and reintroduced mass testing of staff after a worrying rise in infections.

- Italy's hospitals are struggling to cope with the second wave of the virus, according to a report by news agency AP, with 52 percent of the country's hospital beds occupied by COVID-19 patients on Wednesday, above the 40 percent limit set by the health ministry.

- Athletes competing at the delayed 2021 Tokyo Olympic Games will be exempt of any self-isolation regulations Japan has imposed for overseas arrivals.

- Spain's southern region of Andalusia is attempting to carry out mass testing in the areas of Ronda and Campillos after authorities identified them as potential hotspots.

The number of people admitted to hospital with COVID-19 is continuing to fall, with an average 520 admissions per day. That marks a 24 percent decrease from the previous week.

The daily caseload is well below the peak of 22,000 in late October.

A Brussels health agency is calling for the expansion of Belgium's current COVID-19 testing strategy, to include all high-risk contacts, including those with no symptoms.

When all seven test centers are open in Brussels next week, the Belgian capital will be able to test 9,000 people per day, including asymptomatic people.

That is the second-highest daily total posted during the pandemic and comes as Germany continues to remain under partial lockdown. The latest numbers come as senior government officials say the trends show the newly implemented restrictions may just be starting to have a positive impact.

Germany's health minister told broadcaster RTL that while there are still a high number of new cases, "it is less strong," which is "encouraging for now."

His words were echoed by the government's official spokesperson, Ulrike Demmer, who told reporters: "We are now seeing a positive trend, but whether this is a circuit-breaker remains to be seen."

The British economy had record growth of 15.5 percent in the third quarter of this year, according to official figures.

From July to September, businesses benefited from government schemes such as incentives for people to return to restaurants and from local "staycation" holidays.

But the growth wasn't enough to reverse the severe economic damage caused by COVID-19 in the first six months of this year. The UK's economy is still more than 8 percent smaller than it was before the spread of coronavirus.

Perhaps more worryingly for the government, the pace of growth has slowed recently, since lockdown measures have been brought back to try to curb a second wave.

Rishi Sunak, the finance minister, warned of a "difficult winter ahead," a message we've been hearing plenty of from ministers and health officials in recent days.

With continuing high rates of fresh infections, the Hungarian Medical Chamber has said it's time to work out the ethical principles that will allow health workers to decide who can be denied further treatment in the event that the hospitals are overwhelmed with cases of COVID-19.

The first samples of the Russia-developed vaccine Sputnik will arrive in Hungary within the next 10 days, according to the minister of foreign affairs. Hungary had already said it was in talks with Russia, China and Israel with a view to obtaining a vaccine. It will be subjected to clinical trials in Hungary.

People in Sweden socializing in April. The country may ban the sale of alcohol in bars, restaurants and nightclubs after 10 p.m. /AP

People in Sweden socializing in April. The country may ban the sale of alcohol in bars, restaurants and nightclubs after 10 p.m. /AP

CGTN America: U.S. hospitals again under pressure with COVID-19 on the rise