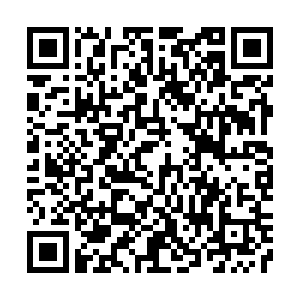 In the face of spiralling infection rates from COVID-19 the Hungarian government has introduced tough new regulations which come into force from midnight on Wednesday.

Hungary had tried to keep life as normal as possible for its citizens, even allowing football fans to attend games but with more than 5,000 new cases of Coronavirus a day, the government said it had no choice.

Hungarian Prime Minister Viktor Orban said: "Our hospitals won't be able to manage the situation if the number of those infected grows at such a rapid rate. Therefore we have to reduce the number of those getting sick. Wearing a mask is not enough. We need to introduce new measures to slow the epidemic."

Under the new rules there will be a nationwide curfew from 8pm to 5am unless people are going to and from work or under exceptional circumstances. Restaurants have been told to close though take-away meals will still be allowed.

One of the biggest changes is in education where only children of 14 and below will continue to attend school and kindergarten while older students and those at university will revert to teaching online.

The leader of one of Hungary's teaching unions, Anna Komjathy, said that was a bitter sweet message for teachers, children and parents.

"On the one hand we're happy to see that something is finally happening although it's very late and the government should have avoided so many infections. On the other hand we are very dissatisfied because both the teachers and the children will be put at risk."

However, the new legislation also promised weekly COVID-19 testing for medical professionals as well as teachers and all those who worked in junior schools and kindergartens.

The government had resisted imposing tighter regulations, despite growing criticism, to minimise the damage to the country's economy.  During the first wave of the pandemic, output shrank by 13 per cent.

Also affected will be gyms and other exercise centres which have been ordered to shut and many outlets in the service sector, including hairdressing salons which must shut by 7pm.

The change in tack was welcomed by the mayor of Budapest where more than a quarter of all infections have been traced but he also said the tougher rules should have been brought in weeks ago.