Pfizer and BioNTech have also struck advance purchase agreements with Japan, the U.S. and the UK. /Reuters

Pfizer and BioNTech have also struck advance purchase agreements with Japan, the U.S. and the UK. /Reuters

The European Union has struck a deal with Pfizer and BioNTech to buy up to 300 million doses of a coronavirus vaccine the pharmaceutical companies claim is more than 90 percent effective.

"From day one, the European Commission has moved very quickly and left no stone unturned because we know how important it is to find a safe and effective vaccine," Health Commissioner Stella Kyriakides said at a press briefing.

She refused to put a timeline on deliveries, saying the doses would only be distributed after receiving regulatory approval from the European Medicines Agency. Pfizer and BioNTech have made rolling submissions to EMA since October and have provided results from the ongoing Phase 3 study.

In a statement, Pfizer said deliveries were "anticipated to start by the end of 2020, subject to regulatory approval."

"Today's finalized supply agreement with the European Commission represents the largest initial order of vaccine doses for Pfizer and BioNTech to date and a major step toward our shared goal of making a COVID-19 vaccine available to vulnerable populations," Pfizer's CEO and chairman Albert Bourla said in a statement on Wednesday.

If approved, Brussels said the vaccine would be deployed immediately to member states and distributed based on population size. The Commission and European Centre for Disease Prevention and Control recommend front-line health workers and vulnerable populations be at the front of the line, but it's ultimately up to each country to decide who to prioritize. 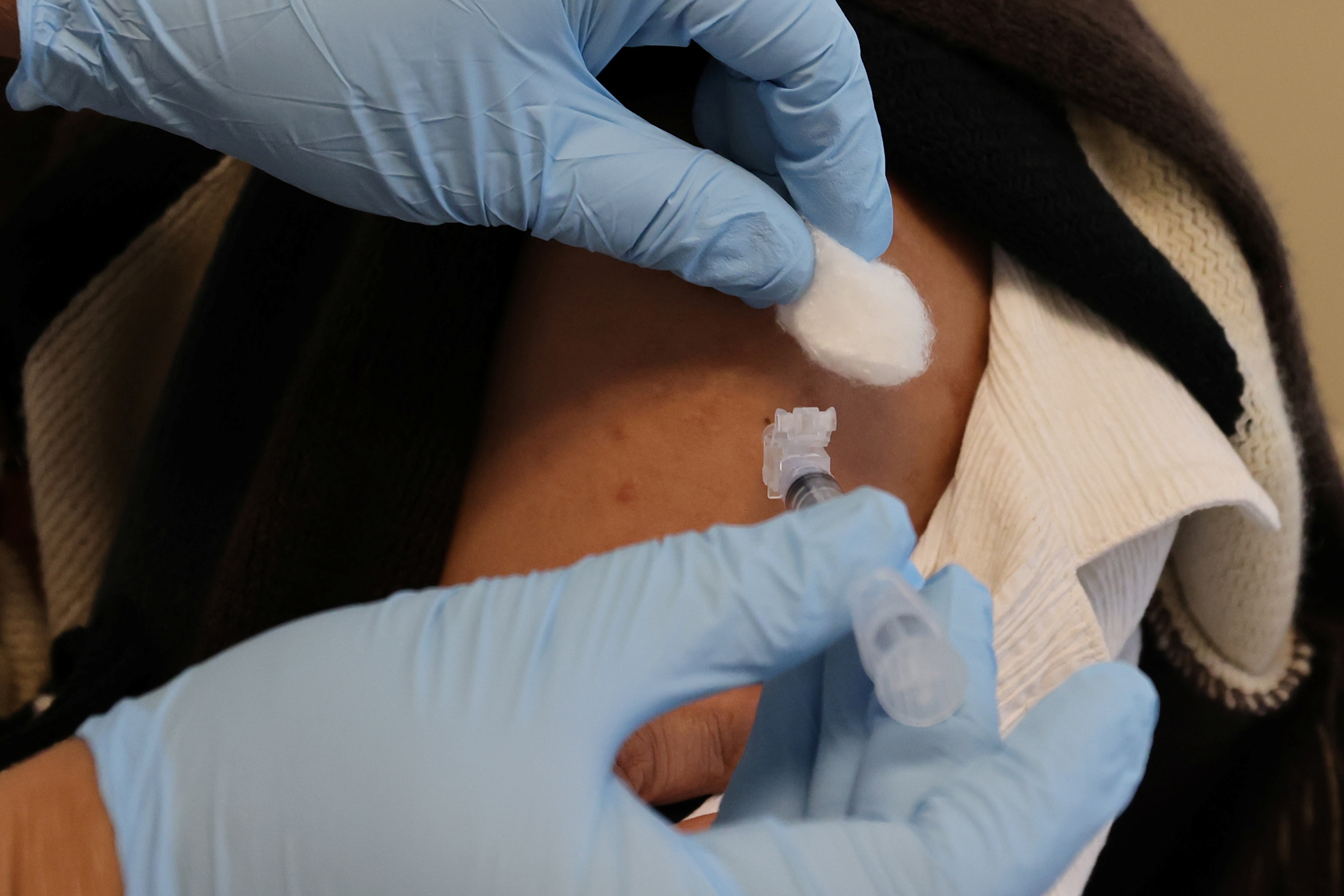 Pfizer and BioNTech are aiming to produce up to 1.3bn doses of their vaccine in 2021. /Reuters

Pfizer and BioNTech are aiming to produce up to 1.3bn doses of their vaccine in 2021. /Reuters

A good start, but global supply will fall well short of demand

Even at 1 billion vaccines a year, supply will fall well short of global demand. For the vaccine to be effective, each person needs two injections – the initial shot and then a booster three weeks later. That means the 300 million jabs secured by the European Commission will only be enough for 150 million people.

And Brussels is not the only authority anxious to secure the initial rounds of the vaccine. Pfizer and BioNTech have struck advance purchase agreements with several others, including Japan (120 million doses), the U.S. (up to 600 million doses), and the UK (30 million doses). Which one sits at the top of the pecking order is unclear.

"We will need to find a way to distribute that in a fair fashion," BioNTech CEO Ugur Sahin said in an interview.

There are currently 10 other vaccine candidates in late-stage clinical trials around the world, including several in China.

Brussels has also signed four other deals including with AstraZeneca, Sanofi and Johnson & Johnson for their potential COVID-19 vaccines and said it is completing negotiations on another two. Supply of the vaccine will fall well short of global demand and other precautions such as face masks will remain. /Reuters

Supply of the vaccine will fall well short of global demand and other precautions such as face masks will remain. /Reuters

Don't throw away your mask yet

While the initial results of the Phase 3 clinical trial are impressive, many serious questions remain. The true efficacy of the vaccine won't be known until millions of people have been injected. There are also no data yet on how long the vaccine's effectiveness lasts. Research on people who have recovered from COVID-19 has shown that protective antibodies produced during the course of illness wane quickly, heightening the chances of reinfection.

If the same holds true for a vaccine, there's a chance that people who received a jab in the first round of distribution could need a booster before some have even received their first injection.

The European Commission's Kyriakides warned that a vaccine would not be a "silver bullet" and stressed the need for people to remain vigilant in wearing a mask and maintaining social distance.