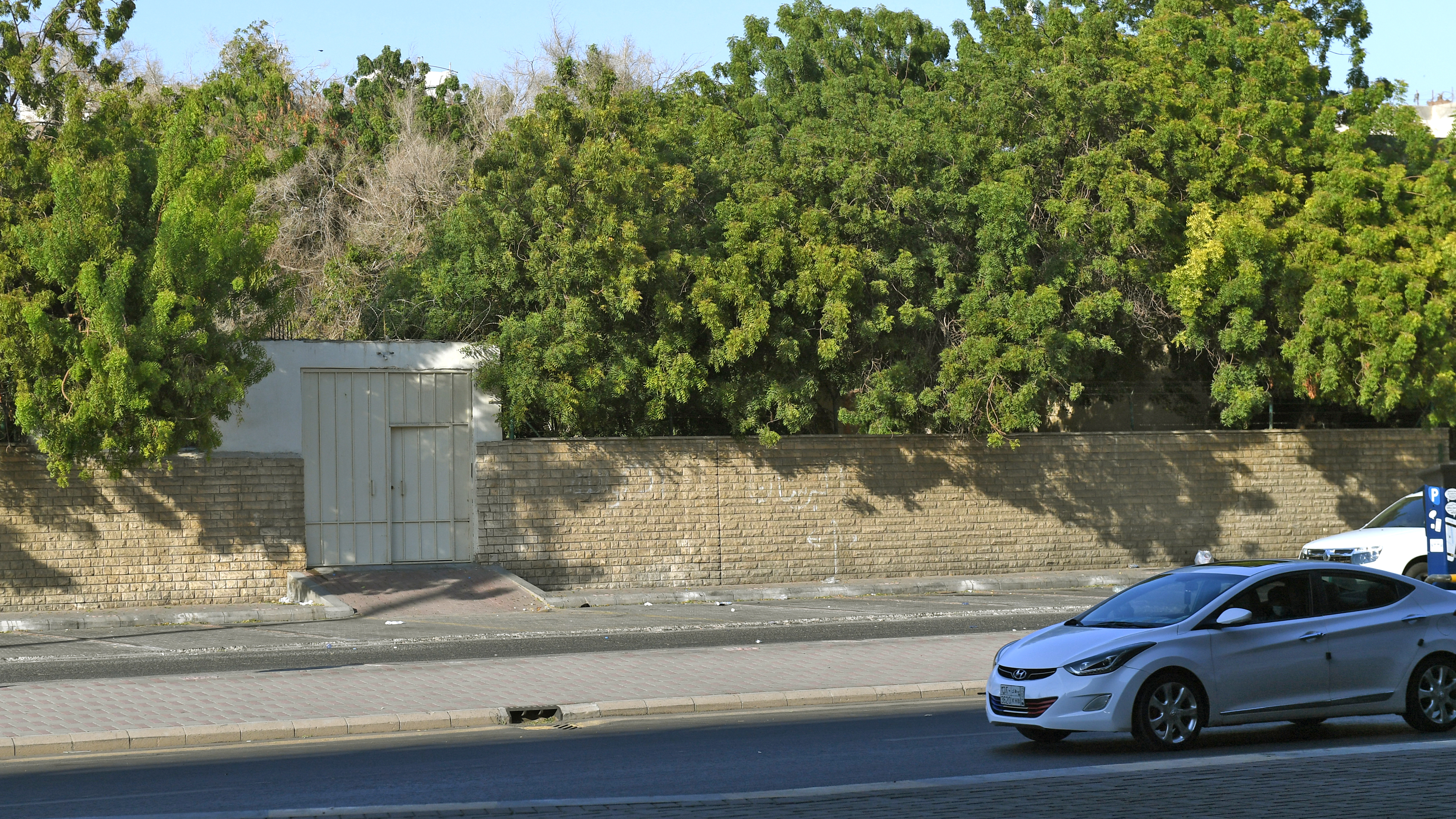 The attack took place at this cemetery for non-Muslims in Jeddah, leading to four people being injured. /AFP

The attack took place at this cemetery for non-Muslims in Jeddah, leading to four people being injured. /AFP

Four people were injured by a bomb blast at a World War I commemoration ceremony attended by European diplomats in Jeddah, Saudi Arabia – which has been described by France's foreign ministry as a "cowardly attack."

The explosion in the city on Wednesday led to several casualties, said a Greek government official.

"There was some sort of a blast at the non-Muslim cemetery in Jeddah. There are four slightly injured, among them one Greek," the official told Reuters.

French diplomats were among those attending the event and the attack came as the country's President Emmanuel Macron has been criticized by some in the Muslim world for vowing to confront Islamist radicalism.

"The annual ceremony commemorating the end of World War I at the non-Muslim cemetery in Jeddah, attended by several consulates, including that of France, was the target of an IED attack this morning, which injured several people," the country's foreign ministry said.

Last month, a Saudi citizen with a knife injured a guard at the French consulate in Jeddah on the same day that a knife-wielding man killed three people in a church in Nice, southern France. Emmanuel Macron, center, has been criticized by some in the Muslim world for promising to tackle Islamist radicalism. /Yoan Valat/AFP

Emmanuel Macron, center, has been criticized by some in the Muslim world for promising to tackle Islamist radicalism. /Yoan Valat/AFP

Macron attended a World War I memorial ceremony in Paris as many countries marked the 102nd anniversary of the armistice signed by Germany and Allied countries to end the war.

The French president has vigorously defended the right to publish cartoons viewed as offensive by some, including caricatures of the Prophet Muhammad printed by satirical magazine Charlie Hebdo.

The same cartoons were shown by French history teacher Samuel Paty to pupils in a class on free speech, leading to his beheading in the outskirts of Paris on October 16, following an online campaign by parents angry over his choice of lesson material.

Macron's stance angered many Muslims, prompting protests in several countries at which portraits of the French president were burnt, and a campaign to boycott French products.

Saudi Arabia – home to some of Islam's holiest sites – has criticized the cartoons, but "strongly" condemned last month's attack in Nice.

On Tuesday, Macron hosted a summit of European leaders to plot a joint approach to combating Islamist radicalism after four people were killed in a shooting rampage in the heart of Vienna last week.