Are drones and flying taxis the future of aviation?
Catherine Newman 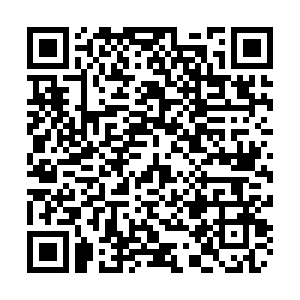 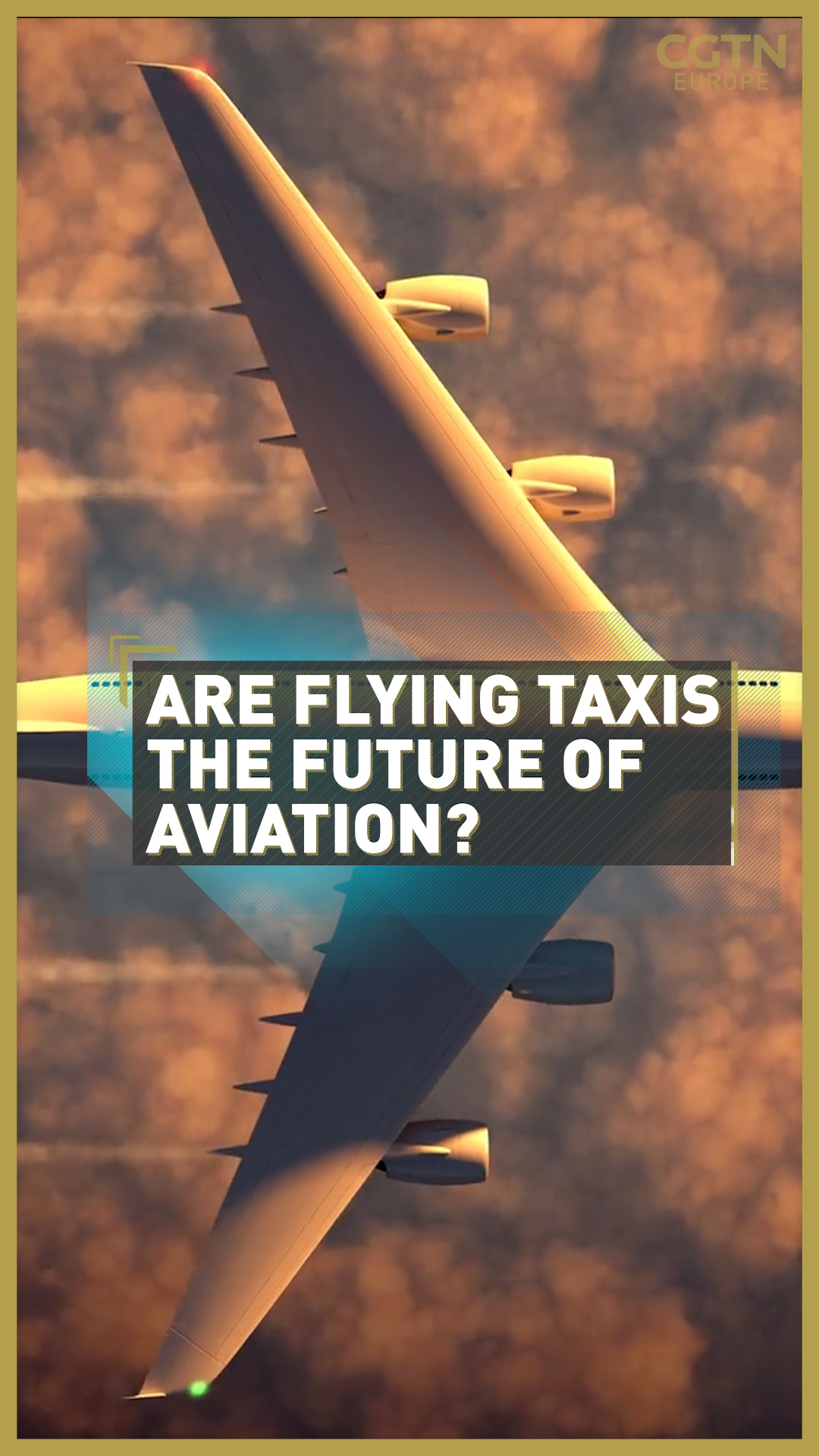 The aviation sector has struggled throughout the COVID-19 pandemic, as commercial and business flights nearly ground to a halt as countries across the world enforced coronavirus restrictions and closed their borders.

Andrew Charlton, the managing director of Aviation Advocacy, spoke to CGTN Europe about the future of the global sector and said that, with the adaptation of the sector to a new normal, cargo, drones and even air taxis could potentially be the future route for aviation.

Charlton said the pandemic has brought into stark focus that the drivers and realities of passenger airlines are different from those of other all-cargo counterparts and the gap is widening. Prior to the pandemic, passenger airlines carried 44 percent of goods by air, but that was at a time when they had fleets of wide-bodied aircraft.

He also pointed out that the "freedoms of the air" for both of these starkly different business models are usually negotiated under the same Air Service Agreements, and as part of a package.

CLICK: HOW AUSTRIA'S CAPITAL FACED UP TO TERROR -  PICTURES AND VIDEO

"All of a sudden, it's become clear that everything we need, we need it delivered. Of course, normally, almost half [of all] cargo is carried on passenger airplanes and that's not happening now, so the cargo carriers are doing quite well."

However, Charlton says that drones and air taxis also have a potential future in our post-COVID-19 world.

"I think the second area that's looking interesting, it's very speculative at this stage, is what's called UAM – or urban aerial mobility, drones and even flying taxis, unmanned aircraft delivering cargo, things like that."

Charlton said this is a very small and speculative area but one that is "carrying on and showing signs of both growth and investment." 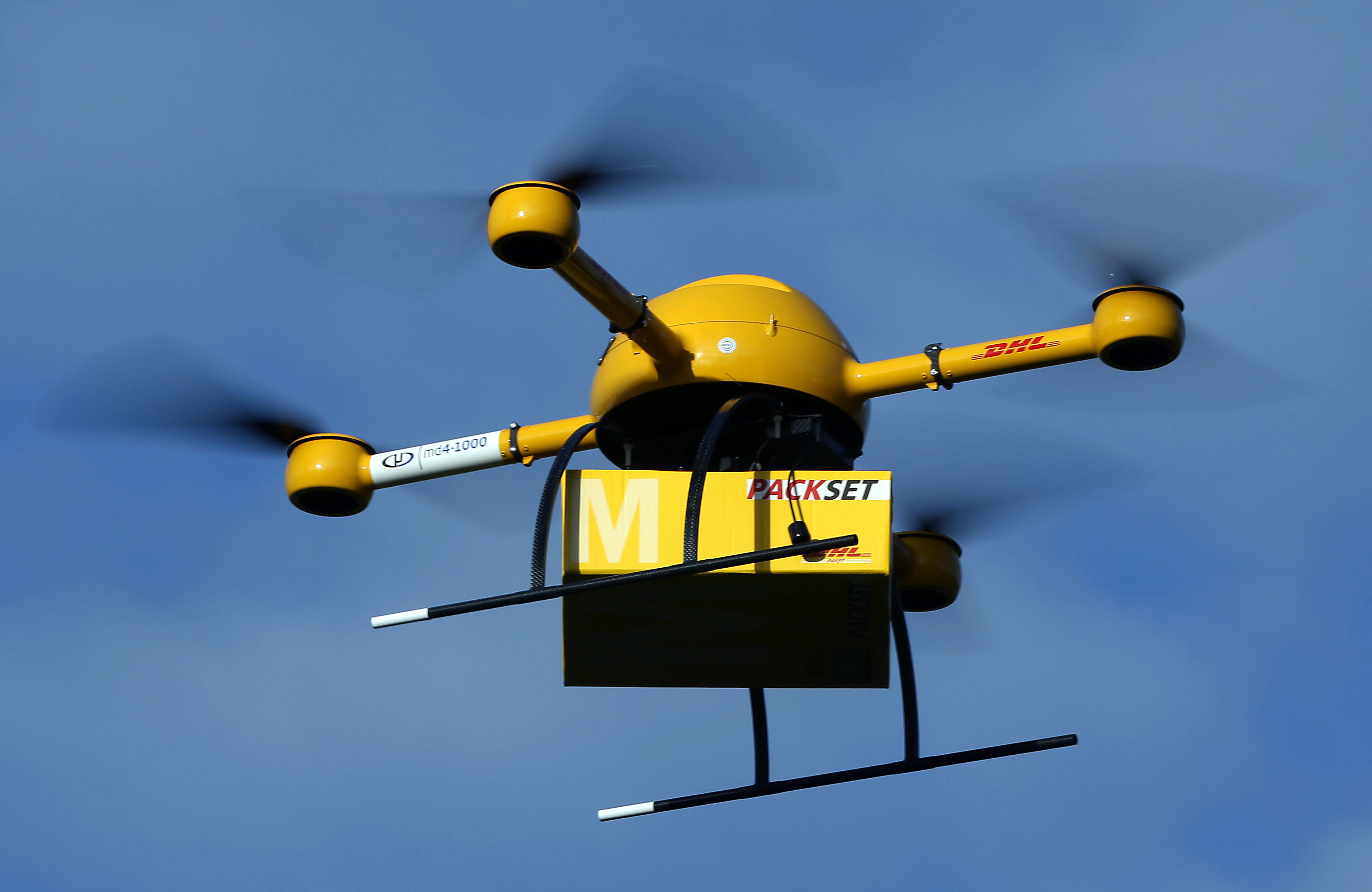 Zipline, an American medical product delivery company, has carried out more than 69,000 live-saving deliveries using drones. And developed major cities and communities are also turning to these new technologies.

Several drone start-up companies are partnering with major corporations, such as Merck and Co. and Walmart to distribute COVID-19 vaccines, with the support of governments, to rural areas.

The idea has already been put to the test in Ireland, where drone company Manna Aero worked in co-operation with the Health Service Executive to deliver prescriptions to vulnerable people in the small rural town of Moneygall.

The process entails the GP writing a prescription after a video consultation, which is then delivered straight to homes in a "closed loop" end-to-end system – the first of its kind, according to the company.

Medication is also delivered to care home residents in Florida but the difference is that those are on fixed flight paths.

Manna Aero says it can deliver up to 100 different packages each day – and in the future these drone deliveries could be extended to food and other supplies, making it an intrinsic part of people's daily lives.

Amazon also trialled the idea in 2016 and the UK government announced in April that it would be delivering essential hospital supplies from the mainland to the Isle of Wight via drones.

However, the unfamiliar devices are not welcomed by all. There is opposition among many due to their noise and privacy infringement issues, with only a quarter of UK adults supporting the prospect of drone deliveries due to such concerns, according to a report from the Institution of Medical Engineers.

Despite that, these trials could change the future of aviation.

Successful delivery of COVID-19 vaccines would enable drone start-ups to demonstrate the capability of the technology to be enforced long after the need for a coronavirus vaccine in an adapted aviation industry. 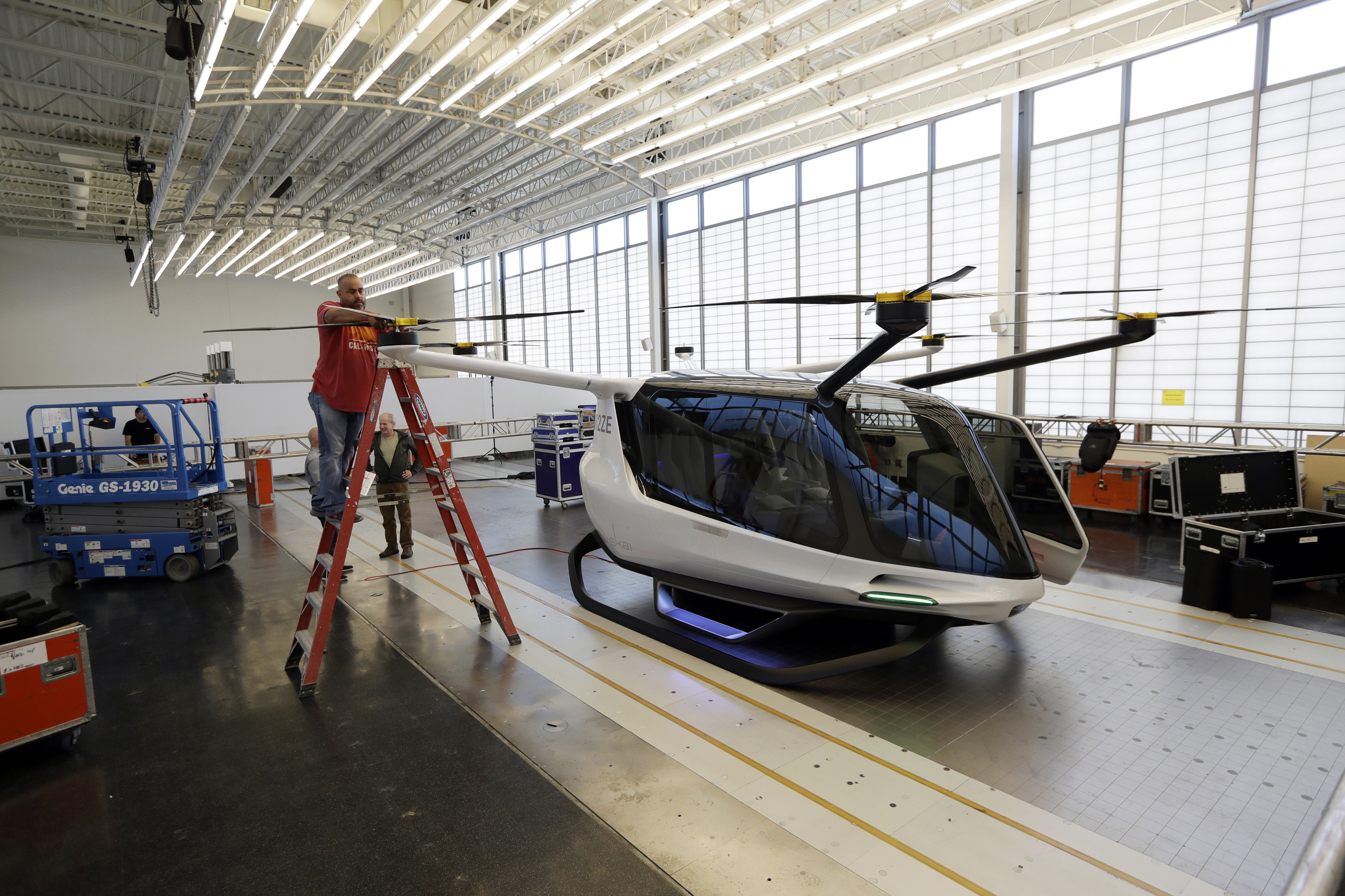 Flying taxis may also be closer than expected. German flying taxi company Volocopter has announced plans to offer services in time for the Paris Olympics in 2024 and make the city a leader in the development of UAMs.

Linz in Austria is also set to become an UAM pilot city, which will focus on assessing the practicality, citizen acceptance and the environmental impact of these vessels.

The aviation sector of the future is one that hopes to become greener. Major companies are constantly announcing new strategies and goals for becoming even more eco-friendly, such as Airbus announcing it is working towards hydrogen-powered aircraft to be in service by 2035.

Despite hopes to transform the aviation agency to one that is more eco-friendly, COVID-19 is still a challenge that needs to be overcome for the sector.

In the Aviation Agency's November's report, the need for reform in the sector of the skies was highlighted with regard to the COVID-19 vaccine.

"The distribution of COVID-19 vaccines underlines the needs for reform. It will present a major logistical challenge, particularly as passenger airlines are flying but a fraction of their usual schedule, on their smallest aircraft, and therefore can carry but a fraction of the cargo they transported in normal times."

The report goes on to say there will be "simultaneous sky-high demand worldwide for the vaccines" in addition to "huge pressure on delivery," which put network capacity through its paces.

"With restrictive air cargo traffic rights and passenger airlines at a fraction of their capacity, a lot of flexibility will be required from governments. After demonstrating the benefits of flexibility, the changes should be made permanent."