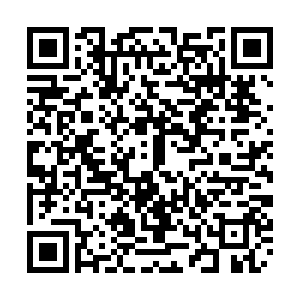 - Ukraine registered a record increase in daily cases, with 8,899 new infections, and officials warned the country is close to disaster with hospital beds and staff shortages. "We have passed the point of no return and are on the brink of disaster," Health Minister Maksym Stepanov told lawmakers, warning, "the worst is yet to come."

- Austria has gone into virus lockdown from Tuesday with a curfew between 8 p.m. and 6 a.m. until the end of November. With the country reeling from a terrorist attack, the measures will mean people from other households cannot meet while universities and high school classes will be conducted via distance learning.

- France will reinstate an evening curfew in Paris and possibly the Ile-de-France region around the capital, from 9 p.m., said government spokesman Gabriel Attal. It will come on top of a national lockdown already imposed by President Emmanuel Macron last week.

- Greece has imposed a two-week lockdown on its second city Thessaloniki with flights suspended but schools remaining open.

- German hospitals should delay non-urgent surgeries due to a spike in case, said a leading intensive care expert. Staff in many hospitals are already working "at the limits of their capacity," warned Uwe Janssens, president of Germany's Interdisciplinary Association for Intensive Care and Emergency Medicine (DIVI).

- England’s forthcoming lockdown is designed to reduce COVID-19 transmission rates to the extent that it can end on December 2, chief medical officer Chris Whitty said.

- The northern Spanish region of Castilla and Leon has ordered a shutdown of bars and restaurants and demanded tougher measures from the national government.

- Portugal could go into a state of emergency with the number of infections soaring, said President Marcelo Rebelo de Sousa. It would include specific measures to combat the pandemic but was not a "total or nearly total" lockdown.

- The Tunisian assailant who killed three people in the Nice church attack in France has tested positive for COVID-19. Brahim Aoussaoui 21, remains in hospital and the coronavirus result is likely to lead to a delay in his questioning by police.

- Dynamo Kiev football club has had nine players test positive for COVID-19 and will miss this week's Champions League group match against Barcelona.

- The Czech football league and other sports competitions will resume under strict hygiene conditions after a three-week suspension due to the coronavirus spread. 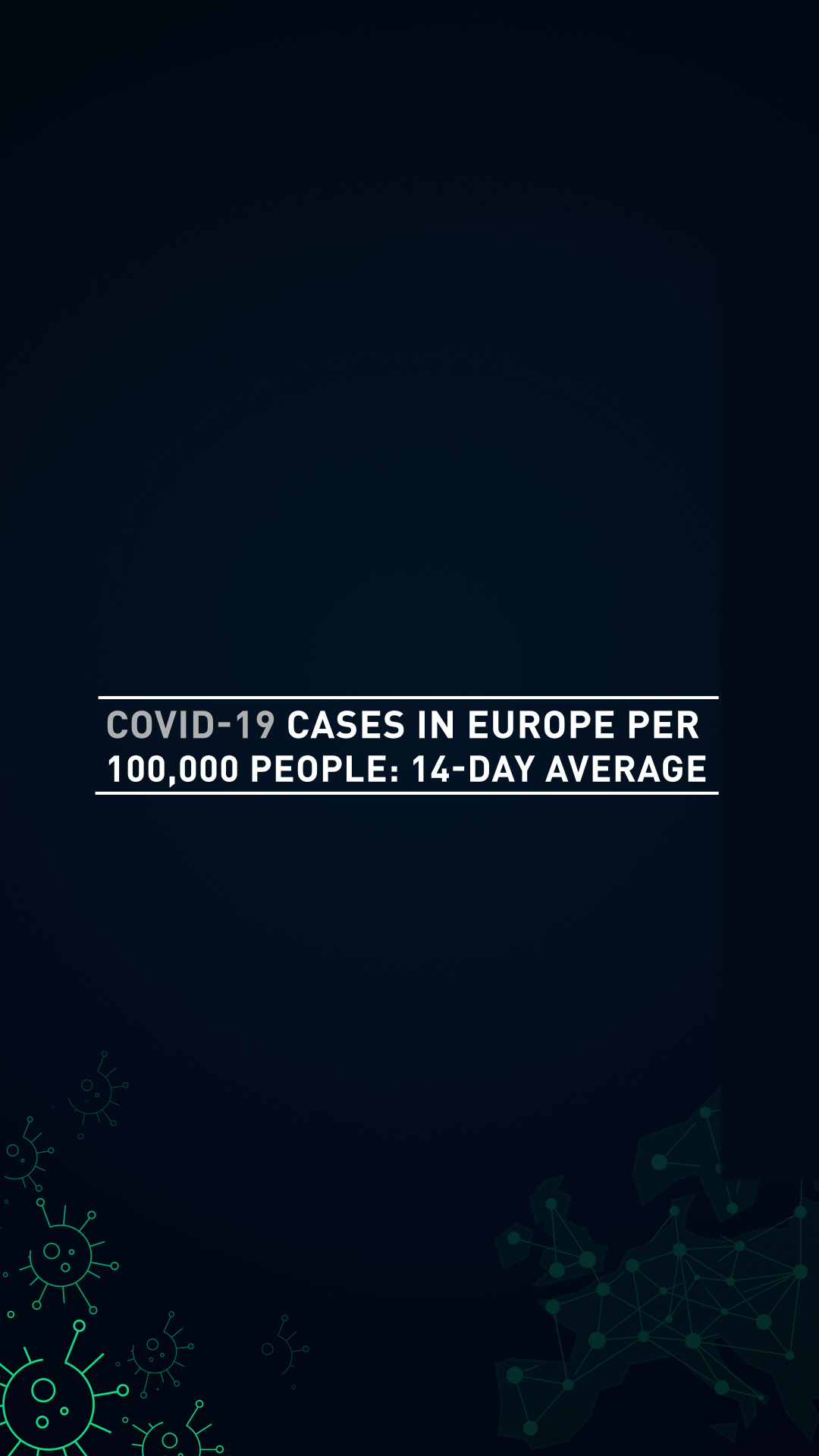 France has registered a record in the number of new cases announced in 24 hours, with 52,518 new infections reported on November 2.

The government says it is going to ensure the curfew that was in place in Paris before the second national lockdown began is reimposed, in response to the continuing deteriorating health situation. The occupancy level of intensive care units in French hospitals continues to rise with 430 new serious cases treated in the past 24 hours.

Supermarkets have to close their non-essential product areas by tomorrow. Antigen tests are going to be deployed by the end of the week in pharmacies and mandatory rapid tests will be carried out at French airports from November 7.

There have been several demonstrations in front of high schools against the reinforced health protocols that are now in place that the government says are critical to ensuring that educational institutions can remain open during this confinement. 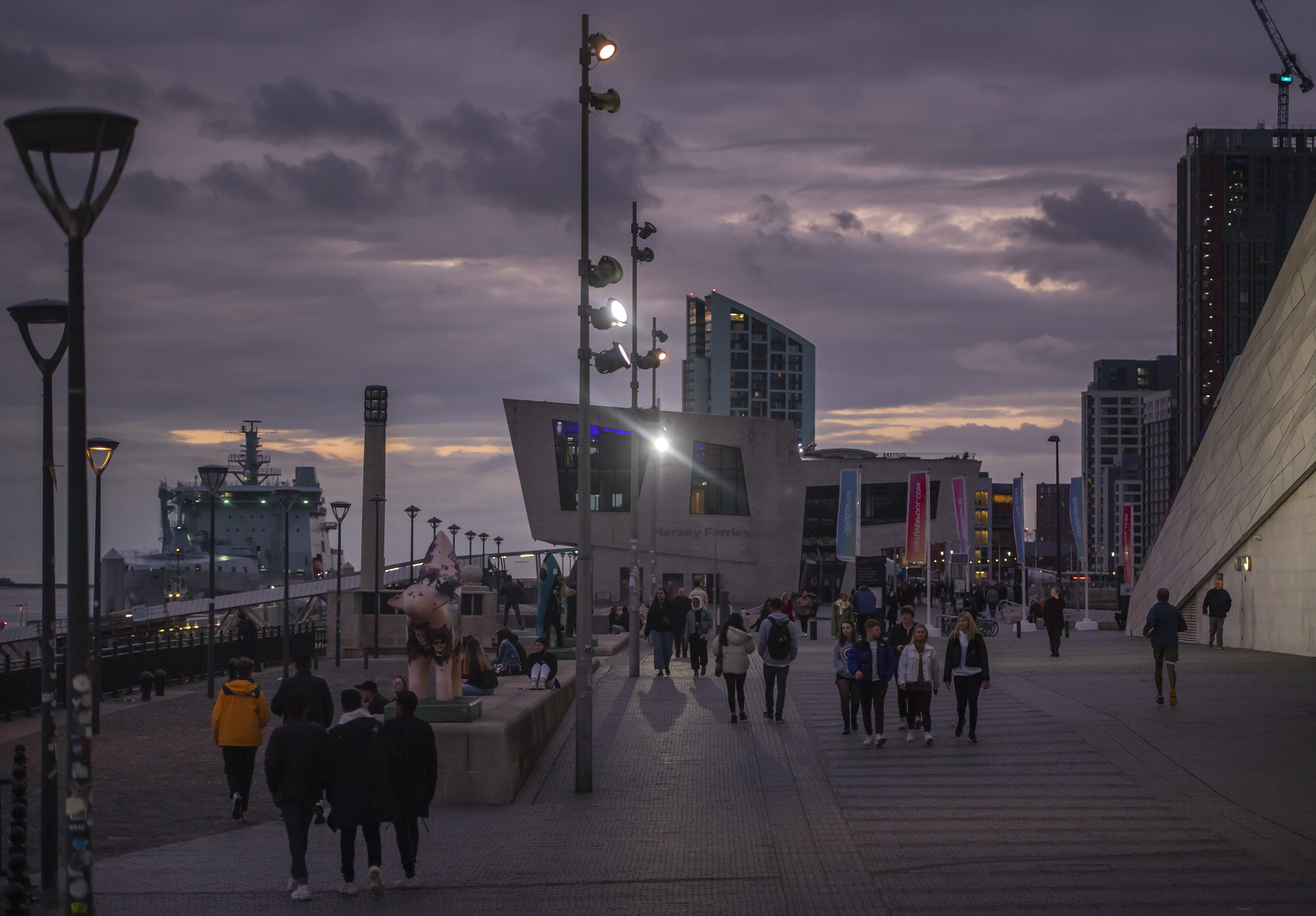 Regular coronavirus tests will be offered to people in Liverpool. /Anthony Devlin/Bloomberg/Getty

Regular coronavirus tests will be offered to people in Liverpool. /Anthony Devlin/Bloomberg/Getty

People in Liverpool are to be offered regular coronavirus tests under the first trial of whole city testing in the UK.

Everyone working or living in the city will be offered tests with follow ups every two weeks. Around 2,000 military personnel are expected to be drafted in to help coordinate the testing. The government hopes to expand the measures to cities across the UK.

Parliament will debate and vote on the second lockdown on Wednesday just one day before measures come into force. It is expected to be approved despite grumblings from MPs.

Some of Germany's top orchestras, including Berlin's prestigious Staatskapelle and the Munich Philharmonic, have staged protests, warning that coronavirus lockdowns pose an existential threat to the arts and entertainment industries.

Musicians from the internationally renowned ensembles in Berlin and Munich, as well as the orchestra of the Bavarian State Opera in Munich, staged a minute's silence at the start of their respective concerts on Monday evening.

And on Twitter, using the hashtag #ohneKunstundKulturwirdsstill – German for "without art and culture there is silence" – a large number of artists posted pictures of records turning without any sound.

They argue that not enough support is being made available to people in the sector as Germany shuts down its theaters, concert halls, opera houses and museums for the next four weeks as part of a wider tightening of measures to try to curb a second wave of COVID-19 infections.