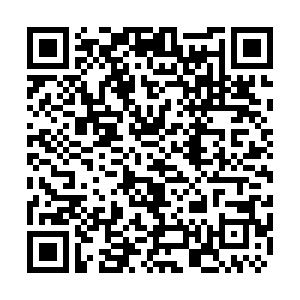 Thousands of people gathered in the streets of Montenegro's capital Podgorica on Sunday for the funeral of Metropolitan Amfilohije, the head of the Serbian Orthodox Church in the country. 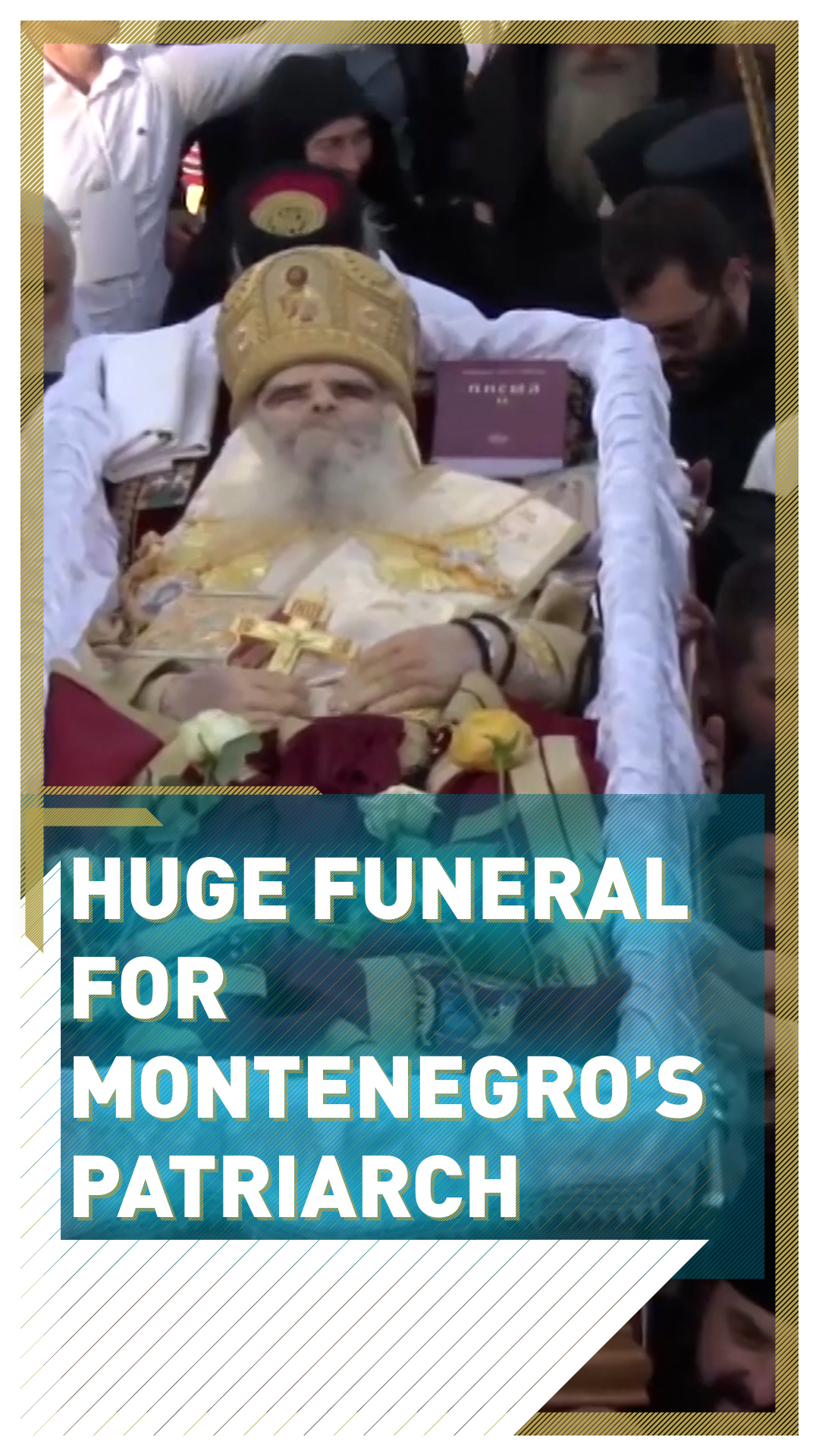 The 82-year-old bishop died in hospital on Friday, where he was recovering after testing positive for COVID-19 weeks ago. Despite some experts in the country warning against the risk of an open-casket funeral, the body of Amfilohije was laid in an open coffin.

In violation of COVID-19 restrictions, mourners didn't maintain social distancing and many didn't wear face masks. Some were even seen paying homage to the patriarch by kissing or touching his hands and forehead, as is customary. 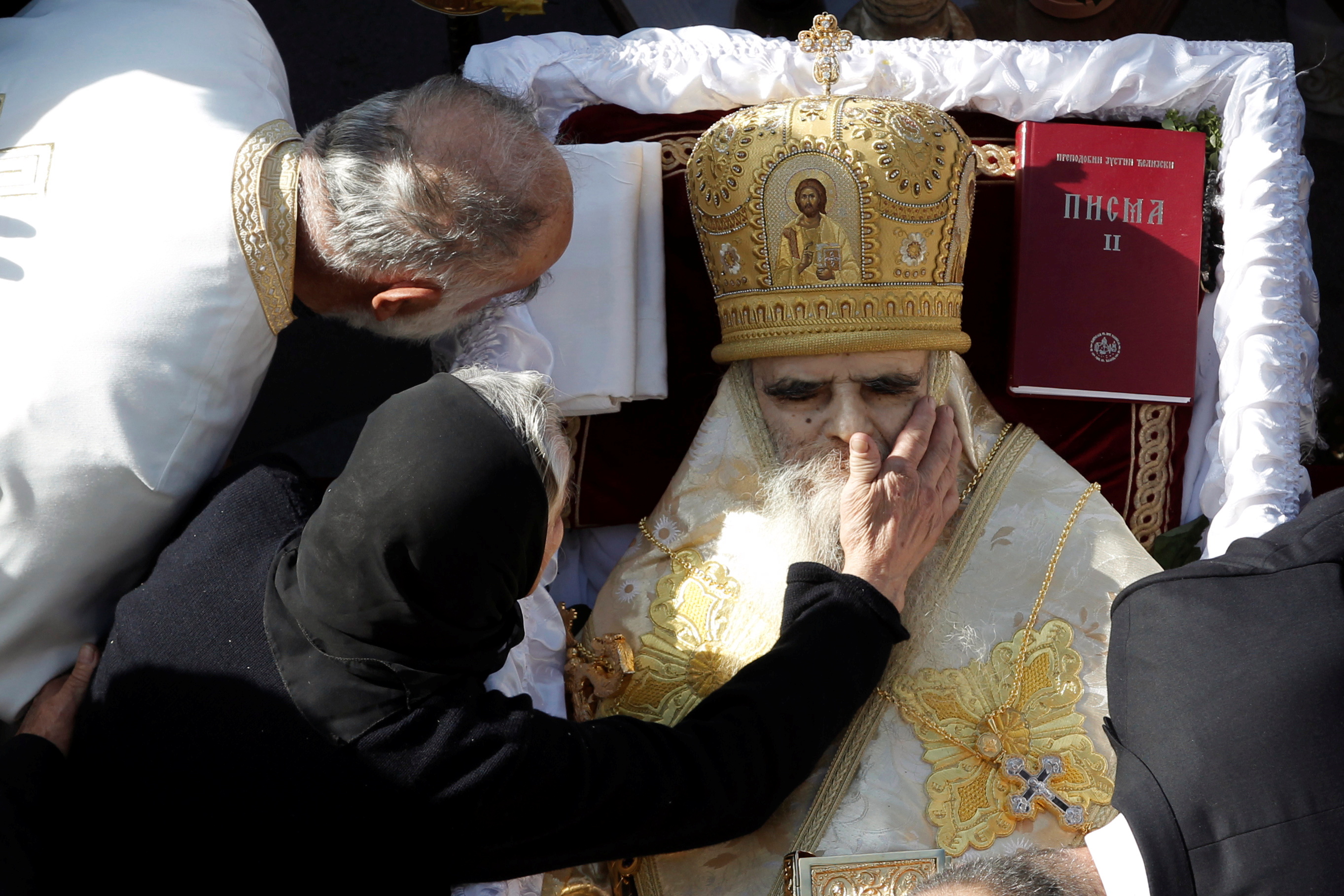 A woman pays her respects to Amfilohije in Podgorica, Montenegro. /Stevo Vasiljevic/Reuters

A woman pays her respects to Amfilohije in Podgorica, Montenegro. /Stevo Vasiljevic/Reuters 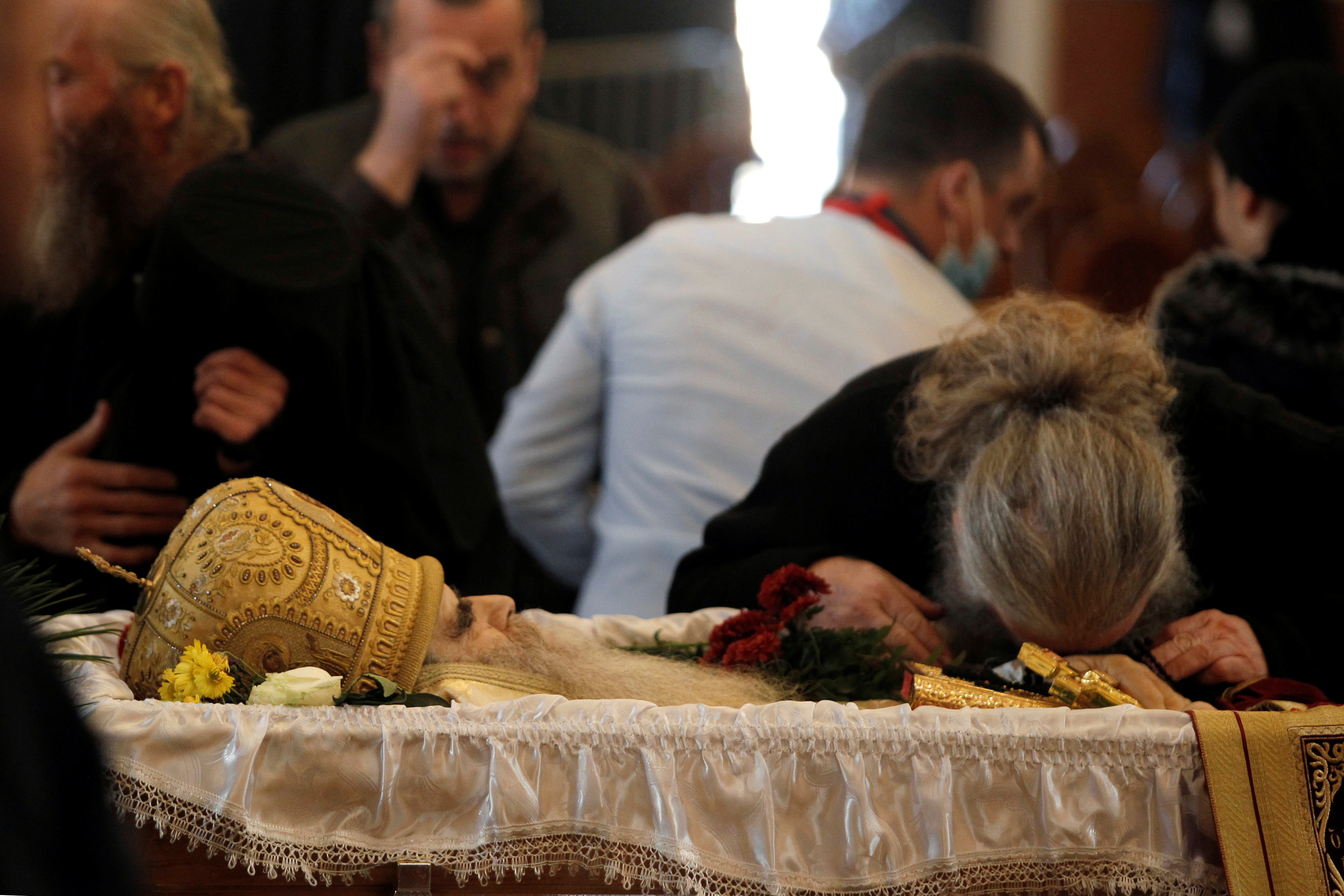 A mourner grieving by the open-casket of Amfilohije. /Stevo Vasiljevic/Reuters

A mourner grieving by the open-casket of Amfilohije. /Stevo Vasiljevic/Reuters

Experts from the Montenegrin Institute for Public Health are warning that the funeral may could cause a steep rise in infections in the following weeks.

"I understand religious beliefs and emotions regarding religious authorities, but we have to respect health measures," said epidemiologist Senad Begic from the Institute for Public Health in a press conference.

"The numbers of newly infected [people] are drastically rising and I don't see any other way out of this situation except in tightening the measures," he added, calling for a national lockdown as the only likely option to slow the spread of the virus in Montenegro. 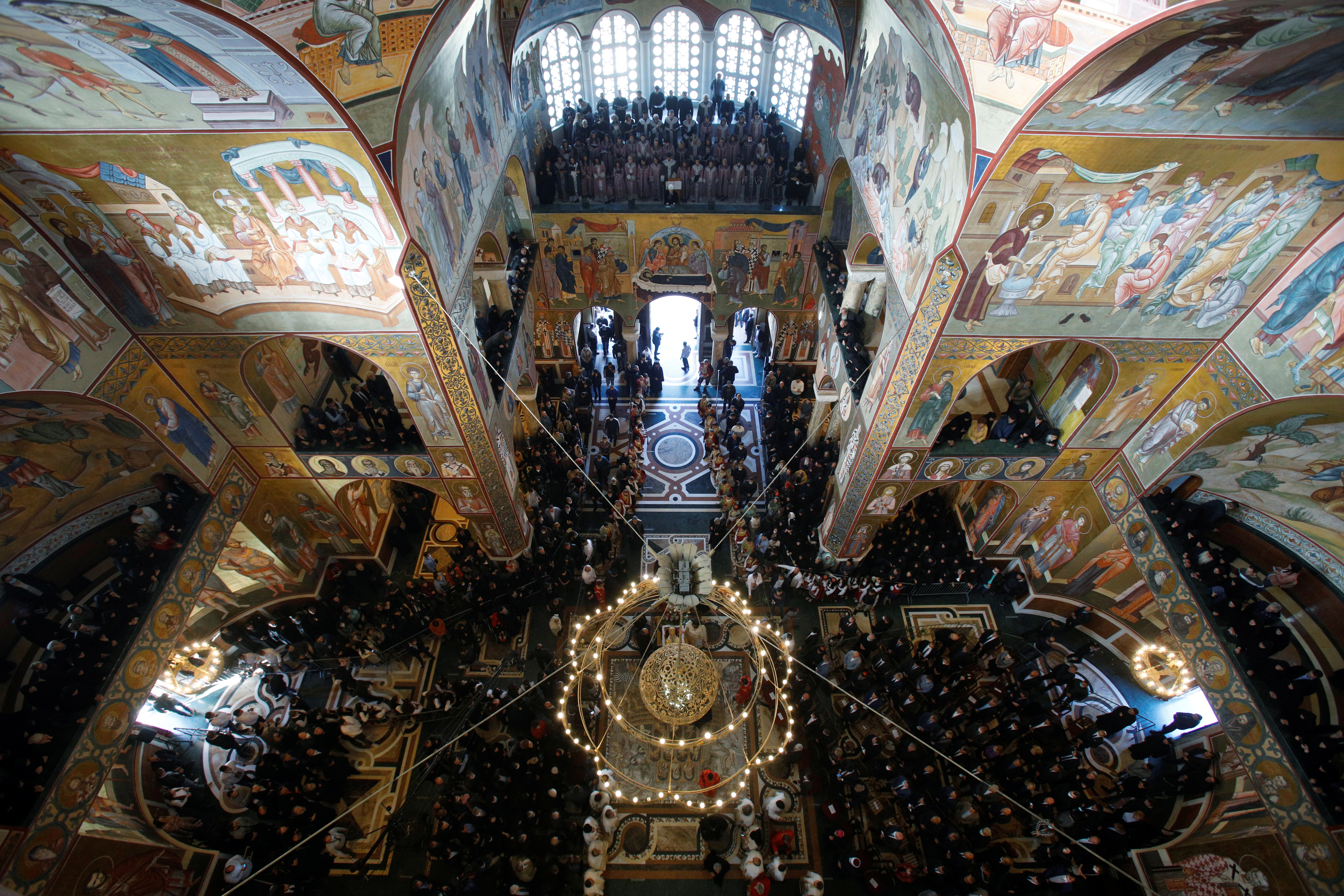 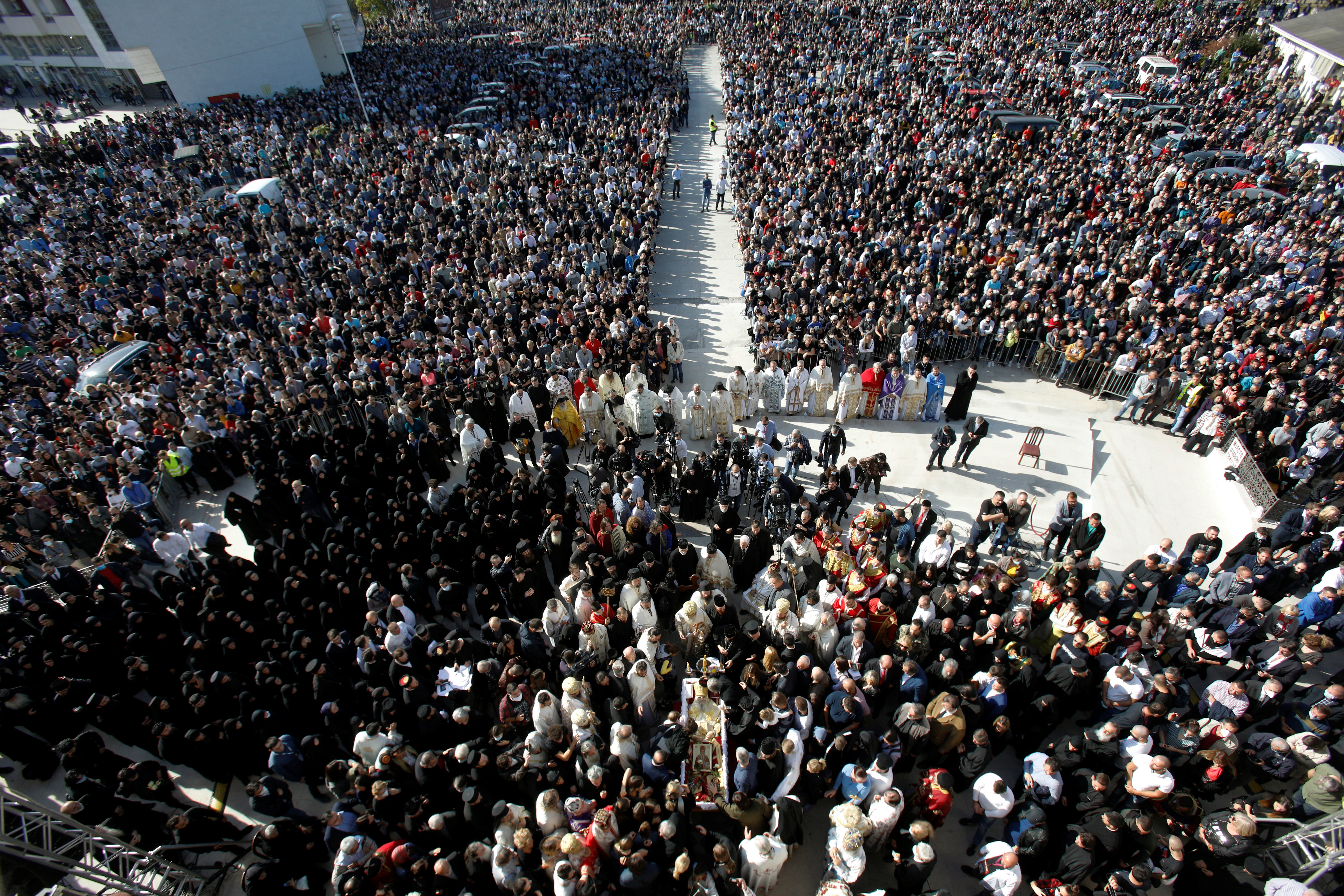 Amfilohije was a popular figure among pro-Serbia Montenegrins, who were seeking closer ties to the country after Montenegro split from its larger neighbor with an independence referendum in 2006.

He had recently led anti-government protests against a new religion law in disregard of COVID-19 restrictions and had even been detained for leading liturgy without following health guidelines.

CLICK: MEET THE MASTER TAILOR WHO EXPLAINS HOW FORMAL FASHION WILL ADAPT

The Serbian Orthodox Church remains the main religious organization in the country of 620,000 people.

Like other Balkan countries, Montenegro has recently reported a surge in COVID-19 cases.