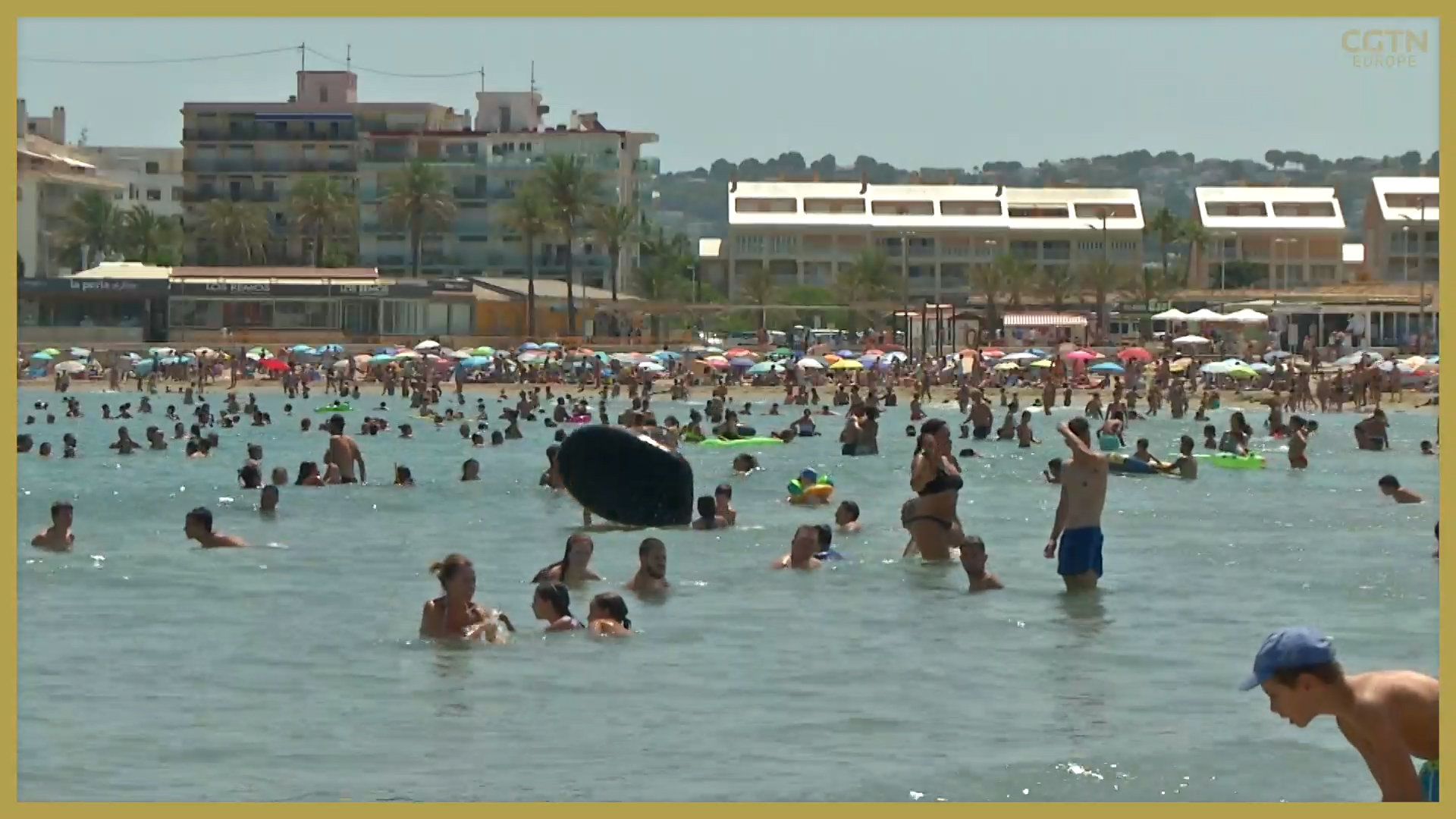 A mutated form of the novel coronavirus, which originated in Spain, could have driven the second surge of COVID-19 infections in Europe.

Scientific teams based in Spain and Switzerland have identified the new strain, calling it 20A.EU1.

CGTN Europe spoke to the scientist in charge of the study, molecular epidemiologist, Emma Hodcroft, from the University of Basel.

"We observed the genetic material of SARS-CoV-2 in order to track the virus as it moved between different countries and across time," Hodcroft said.

"So we do this by looking at the mutations in the viral genome. It's best to think of them as typos, they happen because the virus replicates so often but they don't affect the overall message of the virus," she explained. Scientists discovered the new strain of the virus in northern Spain before tracking it across Europe. /Oscar del Pozo/AFP

Scientists discovered the new strain of the virus in northern Spain before tracking it across Europe. /Oscar del Pozo/AFP

Having initially seen the new strain appear in Switzerland, Hodcroft discovered the same strain in the fruit picking regions of northern Spain.

It then spread through the population and crucially it infected those visiting the country.

Researchers believe the opening of the tourist industry and an influx of holidaymakers then helped spread the new variant. The mutation eventually gained a foothold right across the continent.

The research showed that the new variant accounted for more than 80 percent of all coronavirus cases in Spain, the same figure in the UK, 60 percent in Ireland and 40 percent in France.

This has been raising questions about whether the second wave currently sweeping Europe could have been lessened had nations been more cautious about lifting travel restrictions.

Hodcroft told CGTN Europe: "I think it highlights the importance of making sure not only that we have different restrictions and guidelines in place but that we are constantly evaluating how well those are working.

"So it's not enough to decide to put a quarantine in place we need to make sure, are people actually following this?"

"So I do think studies like this are helpful for helping us to evaluate what we might be able to change in the future so we can contain the virus more effectively," Hodcroft added.

The race is now on to find out if 20A.EU1 is more deadly or infectious than other variants of coronavirus.