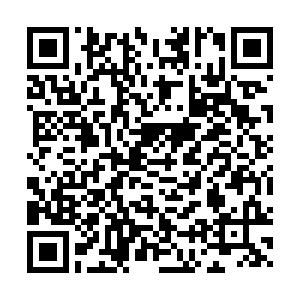 - The EU's healthcare systems are at risk of being overwhelmed by a surge in cases unless the countries act swiftly to overturn the trend, according to European Commission head Ursula von der Leyen.

- European health ministers have called for greater powers to be given to the World Health Organization to investigate outbreaks. "The WHO can't be on its own and carry the weight of this pandemic alone." Germany's Health Minister Jens Spahn said.

- Slovakia's plans to mass test its entire population are threatened due to a shortage of medical staff, the country's Prime Minister Igor Matovic said.

- Iceland has reduced its limit on public gatherings from 20 to 10 people as well as suspending sporting activities after a spike in cases.

- Czechia's parliament has approved the extension to the nation's state of emergency for a further three weeks.

- Checkpoints have been set up across Portugal to stem unauthorised travel during a five-day movement ban which began on Friday.

- Spain's new infections rose by a record 23,580 on Thursday, as the nationwide total rises to over 1.1 million.

- UK Foreign Secretary Dominic Raab has refused to rule out the implementation of further lockdown measures, saying "We're always ready for further measures that we can take."

- Sweden's new cases rose by 2,820 on October 28, the country's highest one-day rise since the start of the pandemic.

- The World Health Organization has urged European nations to use a nationwide lockdown only as a "last-resort option."

The Belgian government is expected to announce a raft of new COVID-19 restrictions on Friday – and chances are high that a lockdown will be on the list. Health experts say the measures already in place, including the closure of all bars and restaurants and a curfew, have done nothing to slow the virus's spread across the country.

Belgium recorded 23,921 new infections in the past 24 hours and the death rate is almost rising by 50 percent every week. Hospitals have been told to activate the highest alert level, which requires them to create 500 new ICU beds and 300 beds for intensive oxygen therapy.

With capacity running low at many hospitals, at least two patients have been transferred to Germany for treatment, according to a correspondent from Germany's public broadcaster ZDF.

EU leaders have agreed to set aside more than $255 million to finance the transfer of COVID-19 patients across the 27-member bloc. The move is meant to prevent hospitals in any one country from getting overwhelmed, but with all EU countries now heavily impacted by the second wave, it's unclear how effective the program will be.

The announcement was made after EU leaders met virtually to discuss the ongoing health crisis. Leaders also pledged to step up coordination efforts to fight the virus, including keeping borders open, improving testing and contact tracing,  quickly validating rapid antigen tests and developing a plan to develop and distribute a vaccine once one becomes available.

The European Commission said it was intensifying efforts to get its hands on a potential vaccine and is in talks with four companies.

Spain's parliament has approved a six-month extension to the current state of emergency, which was imposed last Sunday.

Unusually in Thursday's debate, it was left to Health Minister Salvador Illa to make the case for extension rather than Prime Minister Pedro Sanchez.

He said the coronavirus second wave was starting to increase pressure on the country's hospitals.

However there's increasing evidence that the state of emergency may not be enough to contain the second surge and a second national lockdown may be needed.

The president of Spain's General Nursing Council, Florentino Perez Raya, has been quoted as saying, "It is only possible to flatten the curve of contagions with a new strict confinement order for 14 days."

Germans are preparing to enjoy their final weekend of relative 'freedom' before partial lockdown measures come into force on Monday. The new rules will close bars and restaurants except for takeaway service. Berliners are particularly passionate about their city's nightlife, so expect to see a potential rush of patrons there looking to enjoy their last orders on Friday and Saturday night.

Speaking in parliament on Thursday, Chancellor Angela Merkel said a partial lockdown was necessary to help slow the spread of coronavirus: "The measures that we have to implement are appropriate, necessary and proportionate," she said.

"There is no other more mild approach than reducing personal contacts to try and stop the infections chain and to change the course of the infections back to a level where we can handle it."

The EU's healthcare systems are at risk of being overwhelmed by a surge in cases unless the countries act swiftly to overturn the trend, according to European Commission head Ursula von der Leyen. /AP

The EU's healthcare systems are at risk of being overwhelmed by a surge in cases unless the countries act swiftly to overturn the trend, according to European Commission head Ursula von der Leyen. /AP