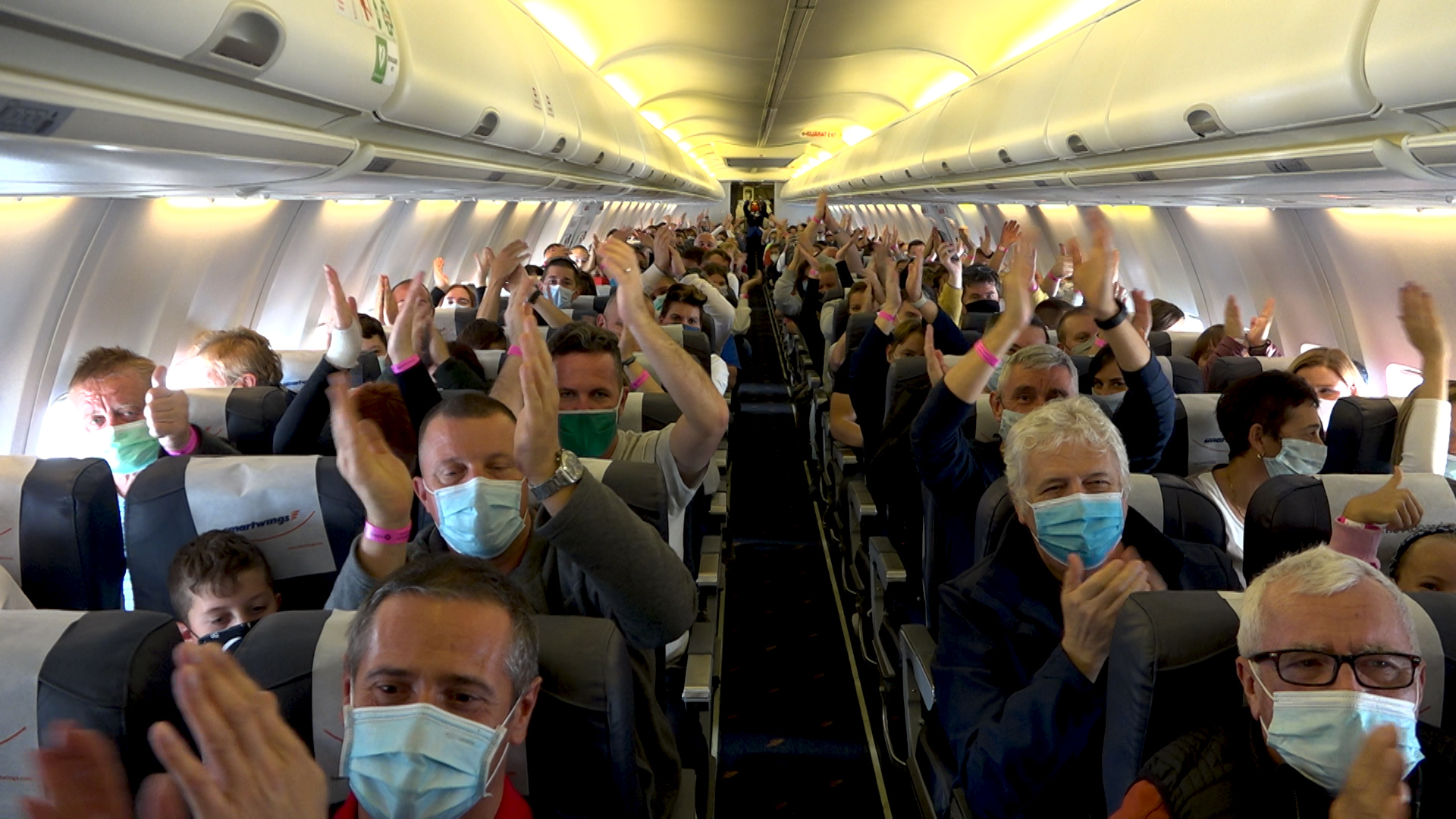 Hungarians have boarded Europe's first "flight to nowhere" – the latest travel craze that gives passengers the airline experience without leaving the country.

Australia's Qantas and some Asian airlines have already offered the experience as a way to drum up sales amid demand decimated by COVID-19.

Czech budget airline Smartwings and Hungary's aviation museum Aeropark launched the "historic sightseeing program" which allowed passengers to buy tickets for a flight that both departed from and touched down in Budapest.

Half the people onboard had never flown before, while the rest simply missed traveling, including air travel enthusiast Laszlo Faradi. "I thought if I couldn't fly abroad this year, then let me fly within the country. I love flying," he told CGTN.

Passengers paid $113 for a window seat or $84 for a middle or aisle seat, and the planned route promised some of Hungary's famous sights – the Danube bend, Lake Balaton and Budapest.

However the weather didn't play ball and none of the sights were visible. But for most of the passengers the attraction was the journey itself.

Plane-spotter Ferenc David was given a ticket as a gift and was delighted to be onboard a plane again – despite sitting in the aisle.

"If I'd purchased the ticket, I'd have bought it here, in the aisle, not next to the window," David said. "That's where I like sitting during a flight. I love the atmosphere of the whole thing and everything around aviation."

Climate activists have condemned "flights to nowhere" as unnecessarily harming the environment, but Somogyi-Toth said the three flights they offered aren't enough to make a difference. "The question of climate change is a different scale issue I think, but giving people joy is a great thing.”

Enduring the cramped quarters and proximity to others with no payoff of landing in a new place may be a baffling concept to some, but for others it's Cloud 9.

READ MORE: The life of the Danube