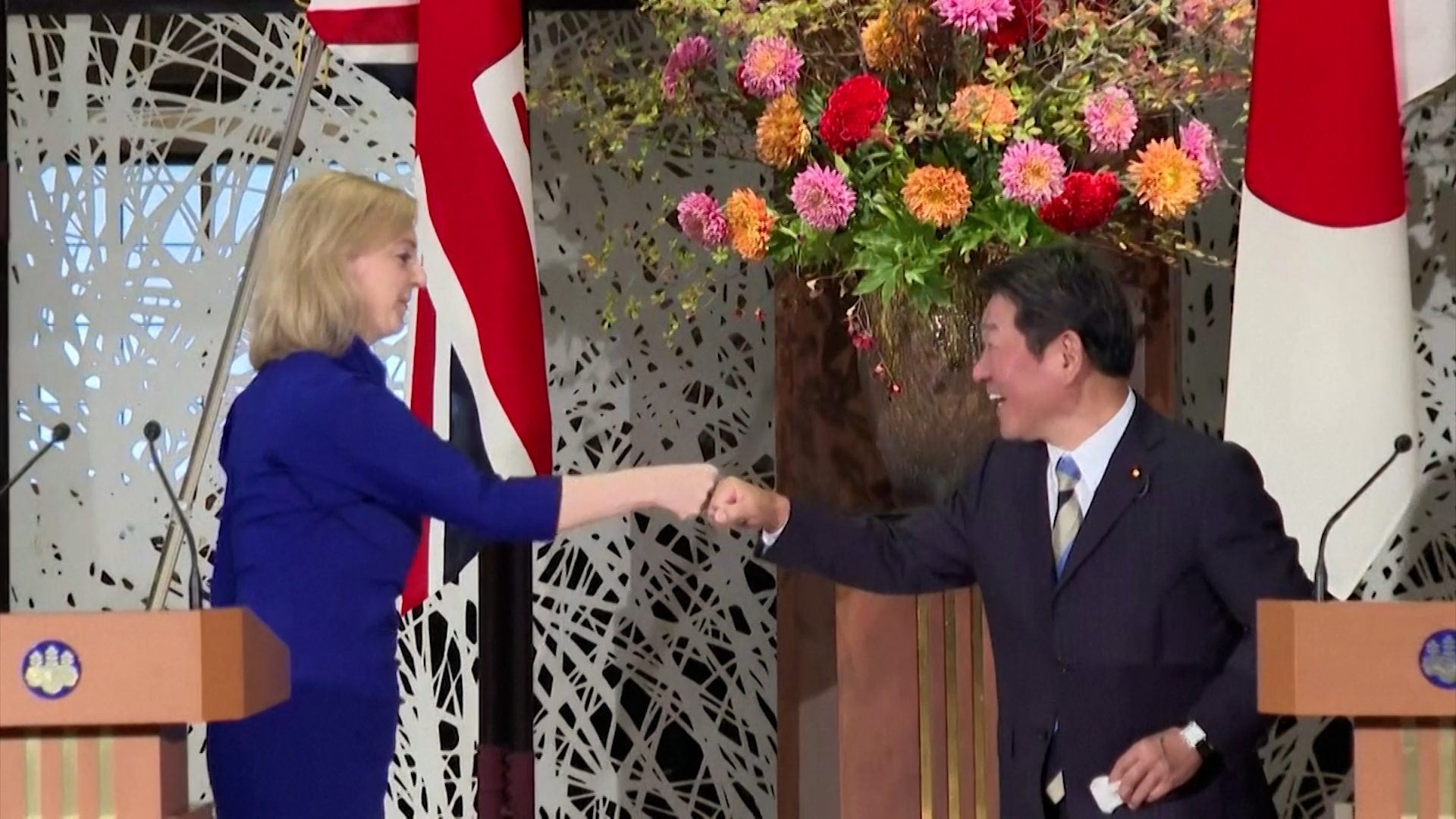 The UK and Japan have signed a free trade agreement (FTA) in Tokyo, marking Britain's first major international business deal since Brexit. The British government said it expects a $19.9 billion economic boost from the agreement over the next 15 years.

The UK-Japan Comprehensive Economic Partnership Agreement was approved in principle on September 11 but was signed on Friday in the Japanese capital. It is set to come into effect on January 1 next year. The UK's International Trade Secretary, Liz Truss, described the move as a "landmark moment for Britain", adding "... it shows what we (UK) can do as an independent trading nation".

The British government claims the deal goes beyond the existing one Japan already has with the EU, and follows months of negotiations between the two sides. Tech will be a particular focus of the partnership including digital trade and data.

Other beneficiaries will include financial services and the food and drink sector. Lower tariffs are expected on products like British pork and salmon and Japanese cars and electronics. In total, the UK government expects British businesses to enjoy tariff-free trade on 99 percent of exports to the Asian country.

The agreement will be seen as a major victory for UK at a time when it's embroiled in tough and often fraught trade negotiations with the EU. Prime Minister Boris Johnson is also targeting agreements with the United States, Australia and New Zealand.

Partly because of the COVID-19 pandemic, those plans have barely got off the ground. An economically and symbolically significant deal with the U.S. looks like it has been pushed into next year.

For the government in Westminster, the focus now has to be on securing some form of agreement with the EU, its closest trading partner and where 43 percent of its exports currently go. But, this deal with Japan does have other benefits for Britain's role in Asia.

Japanese Foreign Minister, Motegi Toshimitsu, who signed the FTA said he supports the UK's inclusion in the Comprehensive Trans-Pacific Partnership (CPTPP). The 11-nation free-trade area covered 13 percent of the global economy in 2019 and more than $144 billion of trade, according to the British government.

President Trump pulled the U.S. out of the trading bloc in 2017 but other members include Australia, Malaysia, Mexico, Singapore and Vietnam.

Membership could offer Britain strategic leverage in a part of the world that's growing increasingly important economically. For a post-Brexit UK looking to restart growth hit hard by the pandemic, the region will be especially enticing.

It's likely some member-nations will want to see the benefits of a deal with Japan before they allow Britain to join. But 10 months after the UK left the EU, it has its first major deal as an independent trading nation.