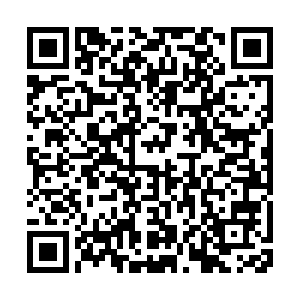 The latest data brings Germany's total number of cases throughout the pandemic to over 400,000. While German lawmakers remain concerned over the rise, the total number is still far lower than France and Spain, who have both now recorded over one million cases.

"We must anticipate the virus heavily spreading further, at least in some German regions, and that there might even be an uncontrolled spread," said Lothar Wieler, the head of the RKI,

"The situation has become very serious. The number of infections is rising rapidly in many areas and we don't know how the virus situation will develop. But we are still able to slow the further spread of the virus and everyone can make a contribution," he added.

The resurgence of Covid-19 has been linked to young people ignoring health guidelines - particularly at parties and social events in German cities. Police in Berlin have struggled to stop illegal parties in the city's parks and public squares.

Those efforts have seen hundreds of revellers ordered home after drinking together, with many ignoring social distancing and often not wearing masks.

"The more people gather in private circles, the more the numbers will increase and the further the virus will spread," he said.

He added that young people were "the most exposed" to the resurgence of the virus.

Germany's Federal system of government means much of the decision-making power lies with the leaders of the country's 16 states. That means Germany currently has a patchwork of rules and regulations in place to deal with the pandemic.

Some cities like Frankfurt have a curfew in place for restaurants and bars, with new rules saying they must close at 10pm. But in Berlin, a similar curfew was scrapped after a court ruled it was  illegal.

Chancellor Angela Merkel has been widely praised for her leadership during the pandemic, but there are cracks forming between her and some state leaders, as some rebuff efforts at common rule enforcement. Individual needs demand individual measures, they argue.

The Federal Health Minister Jens Spahn is in isolation after testing positive for the virus. A Government spokesperson said despite meeting fellow members of the cabinet earlier this week, including Chancellor Merkel, there is little risk that he infected colleagues because social distancing was maintained at meetings.