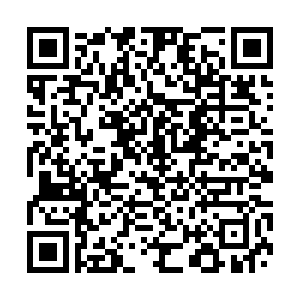 "We shouldn't be shy, we should take part in this race as Western European countries did."

That's Peter Szijjarto, Hungary's foreign minister, commenting on the opening of a third Huawei facility in the Central European nation. The new R&D center will be built in Budapest and will create at least 100 new jobs. But the news came as Sweden said it would ban both Huawei and ZTE, two leading Chinese telecoms firms, from its 5G network. Stockholm is where Huawei's main 5G tech competitor, Ericsson, is based – the decision didn't come as a huge surprise.

In other news, South Korean car makers Hyundai and Kia will set aside $3 billion after a fault was found in one of its electric car engines, and a product recall may be needed.

And we have two competing views from the airline sector today, as the new CEO of British Airways, Sean Doyle, warned the sector may not overcome the pandemic... on the same day that Singapore Airlines announced its longest non-stop flight from the city state to New York's JFK would relaunch in November. We have the vital statistics of that marathon flight at the bottom of today's briefing.

Finally, let me point you in the direction of our newly launched series on the Alps. It follows our award-winning series on the Danube river, as we examine another of Europe's most striking natural landmarks and the people who rely on it. Today's video looks at the forest from which the world's most famous violins were made many years ago... Antonio Stradivari was able to source his harmonious timber, but after a violent storm will these perfect logs be lost forever?

DiDi Chuxing, the Chinese rival to ride-hailing giants Uber and Lyft, tells CGTN rumors of an IPO are "market speculation." Reports hinted that DiDi is considering Hong Kong for a multi-billion dollar listing next year and the Beijing-based company is targeting a valuation of more than $60 billion, but the firm denied any decision had been made when we asked.

Singapore Airlines said it will resume its transatlantic flights to New York's JFK airport and back to Singapore's Changi base in early November. The carrier said the three-times weekly flights will be a mix of passenger and cargo. "There are some early signs of optimism about a recovery in air travel," a company spokesperson said.

South Korean car maker Hyundai said it will set aside $3 billion to deal with battery faults on its electric Kona model. Hyundai and its affiliate Kia will put the $3 billion into product recalls and quality control problems during its third quarter.

Sweden has banned Chinese telecoms firms Huawei and ZTE from its 5G networks, citing what it called "threats to Sweden." Sweden is home to Ericsson, one of Huawei's leading 5G competitors.

Meanwhile, Huawei is setting up a new research and development center in Budapest, Hungary's capital. It will be the Chinese firm's third major facility in the country and is set to create at least 100 engineering jobs. It's being touted as a milestone in the Hungarian government's "Opening to the East" strategy.

On Tuesday morning, the European Commission in Brussels began "infringement procedures" against two member states, Cyprus and Malta, for so-called "Golden Passport schemes." Officially known as " investor citizenship schemes" they allow citizens of non-EU countries to access the bloc's Single Market with EU citizenship, after making a significant investment in the nations in question.

In a move to show appreciation for the hard work of its staff, Swiss wealth fund management firm UBS said it will make a one-off payment equivalent to a week's wages to its lower ranking employees. In total, the reward will cost the firm around $30 million.

Digital and largely mobile bank Monzo has launched a "premium" account, which will cost $19 per week, or $233 annually, in an attempt to gather paying customers as well as those who have signed up for free. The fee will also cover phone insurance and other perks. Monzo has approximately 4.6 million customers worldwide.

Chinese e-commerce giant Alibaba is buying a stake in one of China's largest supermarket chains, Sun Art Retail Group, for a reported $3.6 billion. Jack Ma's group already has a 36.2 percent stake in the group, which this purchase will raise to a controlling 72 percent.

Reckitt Benckiser, the group behind cleaning products company Dettol and Durex condoms, has upgraded its full-year sales estimate by 13 percent, with Dettol sales up more than 50 percent in the quarter. Durex sales had taken a hit during lockdown, but have gradually risen again over the summer and are now displaying double-digit growth.

UK supermarket Asda, until recently owned by U.S. giant Walmart, has set 2040 as its target for zero carbon emissions, joining fellow supermarket Sainsbury's in the target date. The low-cost retailer also said it will aim to reduce waste by 50 percent by 2050.

IBM reported on Monday that revenue slipped for the third consecutive quarter this year, causing shares to cede a little ground in after-market trades. The U.S. technology veteran said it took in $17.6 billion during the three months ended September 30, compared with $18 billion in the same period a year earlier. Net income, however, was up slightly to $1.7 billion as the company trimmed costs, according to the earnings report.

With several borders remaining closed and daily infections surging across Europe, airline chiefs have warned that some travel companies will not survive the COVID-19 pandemic. "I need to be clear – there is a risk that as an industry, we will not see beyond this crisis if we do not first address the issue of how we get people flying again," said new British Airways CEO, Sean Doyle. "We normally fly to New York up to 12 times a day, it's now twice per day," he added.

NatWest Group said it would increase the number of black staff in senior roles from 1 percent to 3 percent by 2025, as part of a new racial equality pledge that also includes shutting the accounts of customers who abuse staff. CEO Alison Rose said it was the result of a company consultation that followed the Black Lives Matter protests.

WATCH: The Fiemme Valley in the Italian Alps was home to a forest where the spruce trees were treasured by the world's greatest violin-maker, Antonio Stradivari, almost 300 years ago for their harmonic properties. 🌲

After a violent storm devastated the "Musical woods" in late 2018, uprooting millions of trees, local craftsmen launched an international crowdfunding to save the precious trunks before they rotted to create violins, violas and cellos for the musicians of tomorrow. 🎻 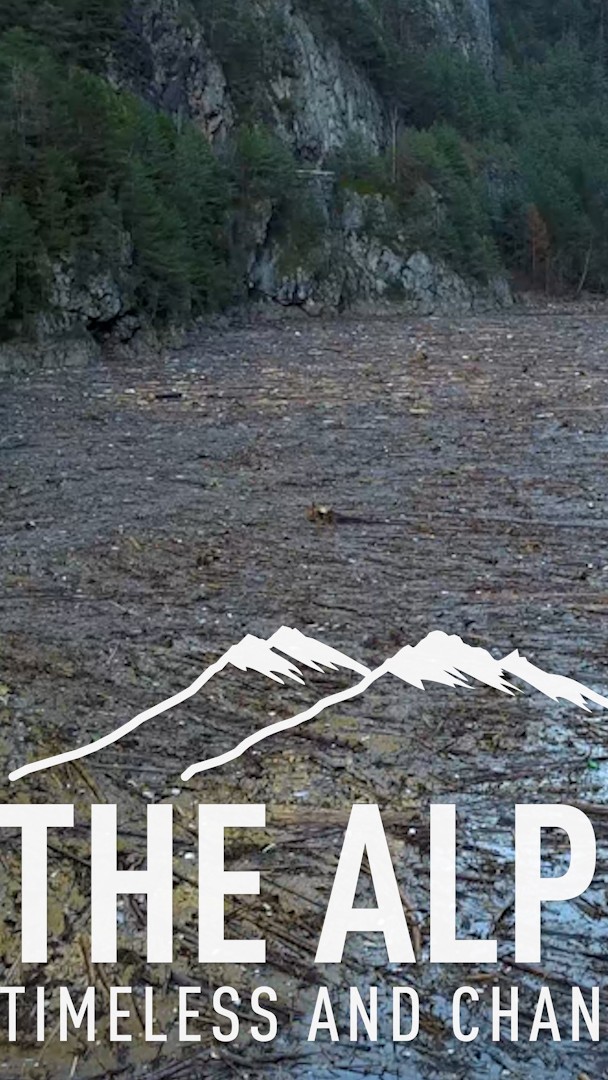 Grania Brigden is the director of the tuberculosis department of the International Union Against TB and Lung Diseases. She spoke to CGTN Europe to discuss the impact of other untreated illnesses amid the spread of COVID-19.

Why do we need to talk about TB and other illnesses during the pandemic?

It's really quite clear that the failure to invest in global health and defeat preventable, treatable, curable diseases such as TB is terribly exposed to novel viruses like the novel coronavirus and even future pandemics.

What impact has COVID-19 had on TB research?

I think the first impact that COVID-19 has had on TB research has unfortunately not been a good one, with many of the really important TB trials having to pause in the initial stage of the COVID-19 response. But thankfully, due to the hard work of many researchers out there globally, most of these trials are back about now.

Have there been positives taken from COVID-19 treatment to TB and other lung diseases?

We're recruiting people to have the newest advances in TB diagnostics and care, I think COVID-19 and the research into digital technology such as contact-tracing apps, digital chest x-rays, artificial intelligence... These are all tools that we had started to do research into to see how they could help in the TB care. 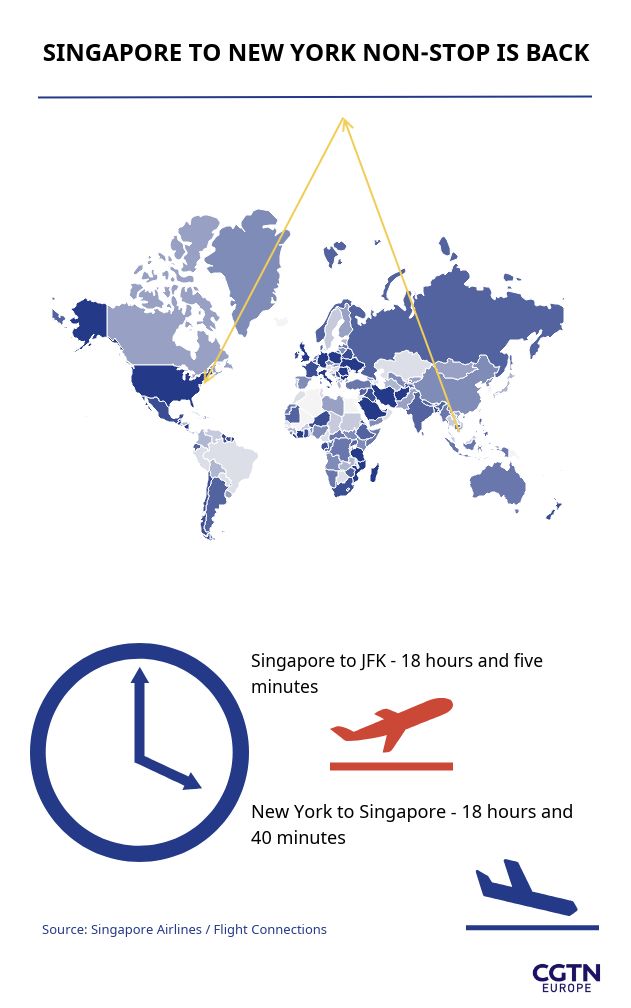