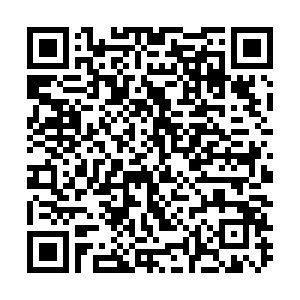 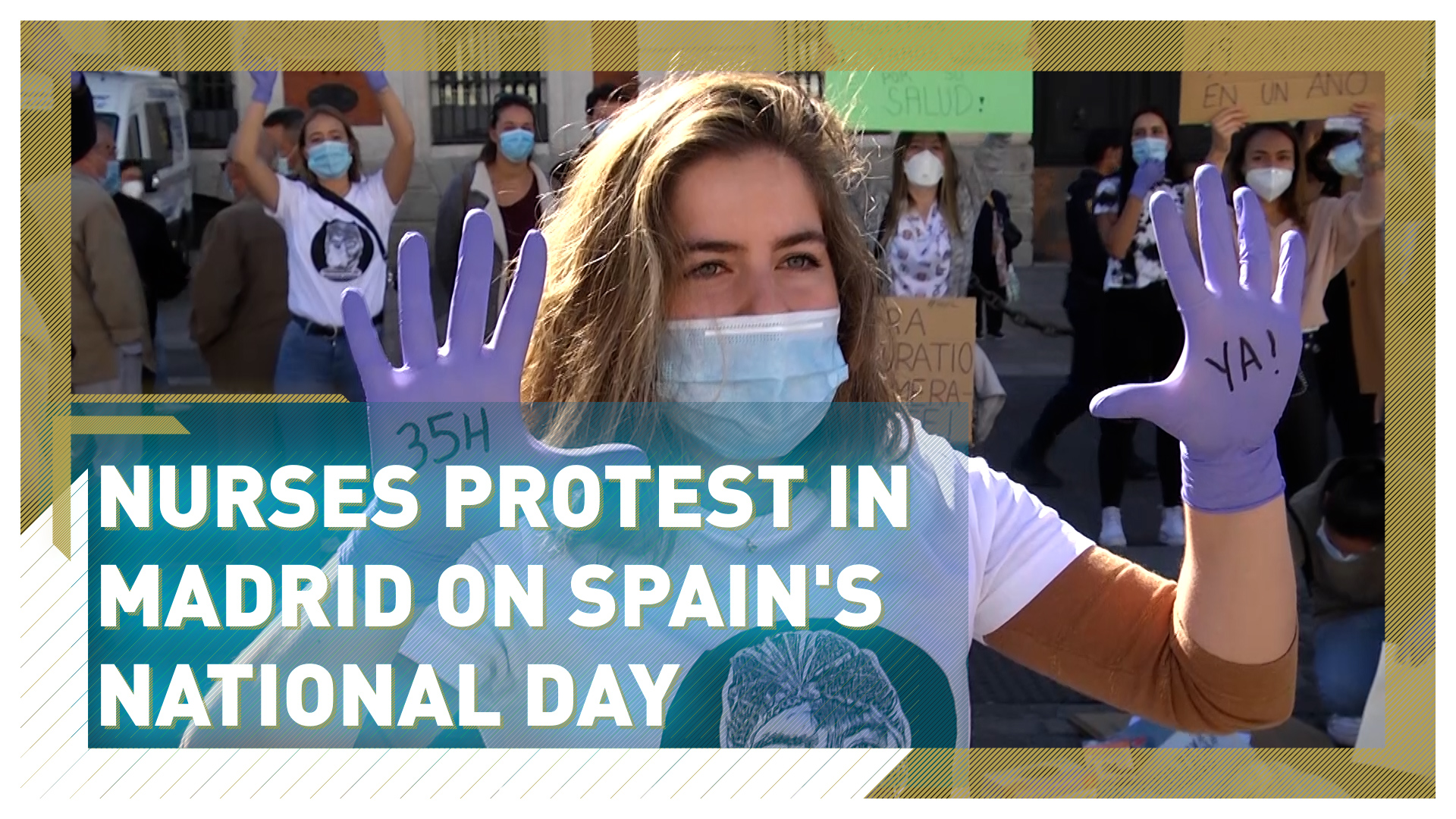 This year, Spain celebrated its national day under the shadow of the COVID-19 pandemic, while its capital Madrid is back under a state of emergency after a recent surge in cases.

Amid this second wave of infections, nurses say they're being let down by the regional government through a lack of resources and poor working conditions. 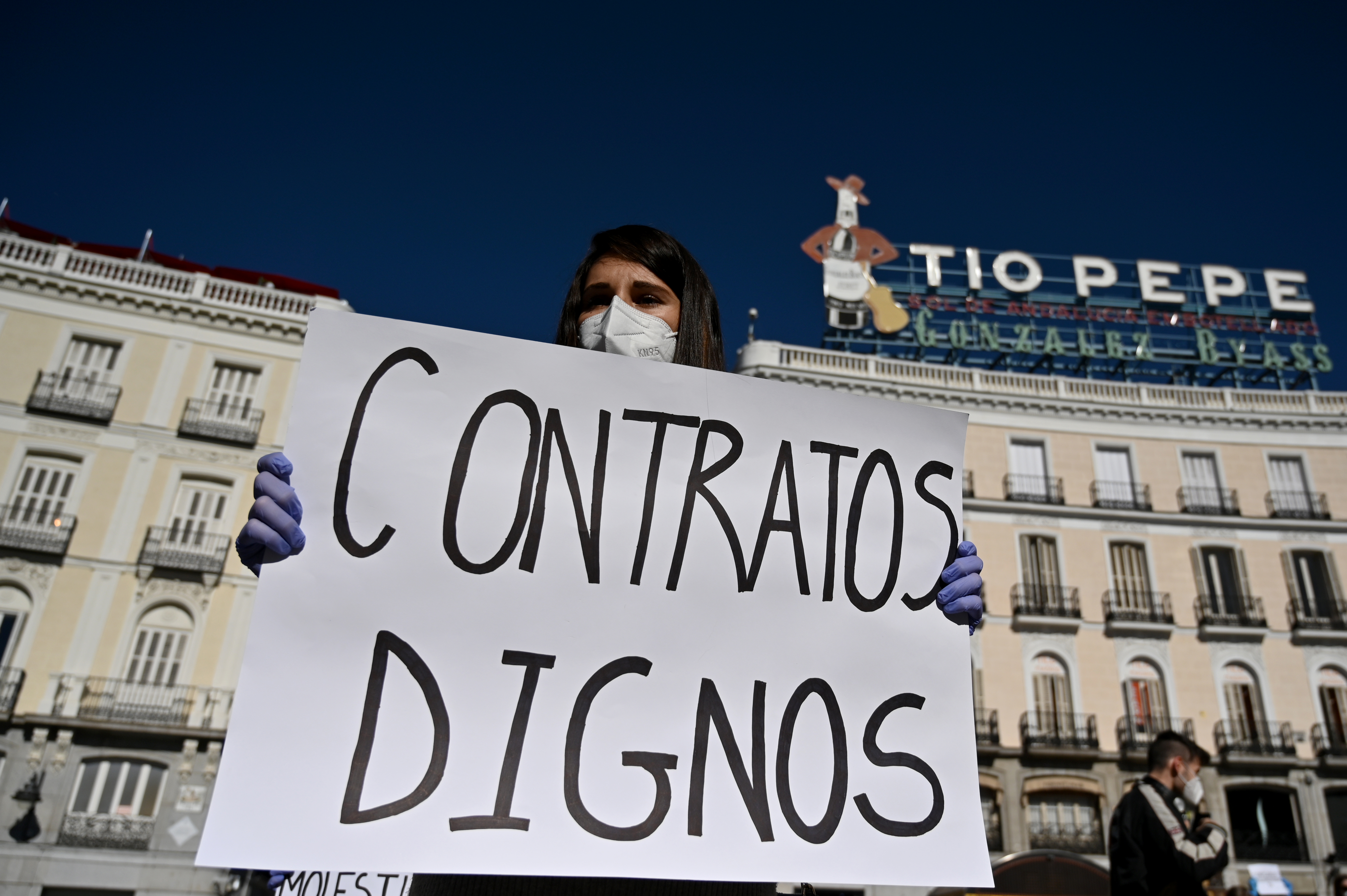 The nurses chose Spain's national day to make their voices heard with a mass protest in Madrid city center.

"We think Madrid's nurses system has been suffering from precarious job conditions since way before the pandemic," said the head of the protest and co-founder of the United Nurses of Madrid, Adriana Garcia.

"The pandemic is the straw that broke the camel's back. We called this protest because if they improve our job conditions, they improve the care we can take of our patients – the people of Madrid need it, they need quality attention and right now we can't provide it."

The focus of their anger is Isabel Ayuso, Madrid's regional premier. She has previously said the nurses have enough equipment and claims the protests were simply politically motivated, as they were organized by unions. So today's protest was organized independently. 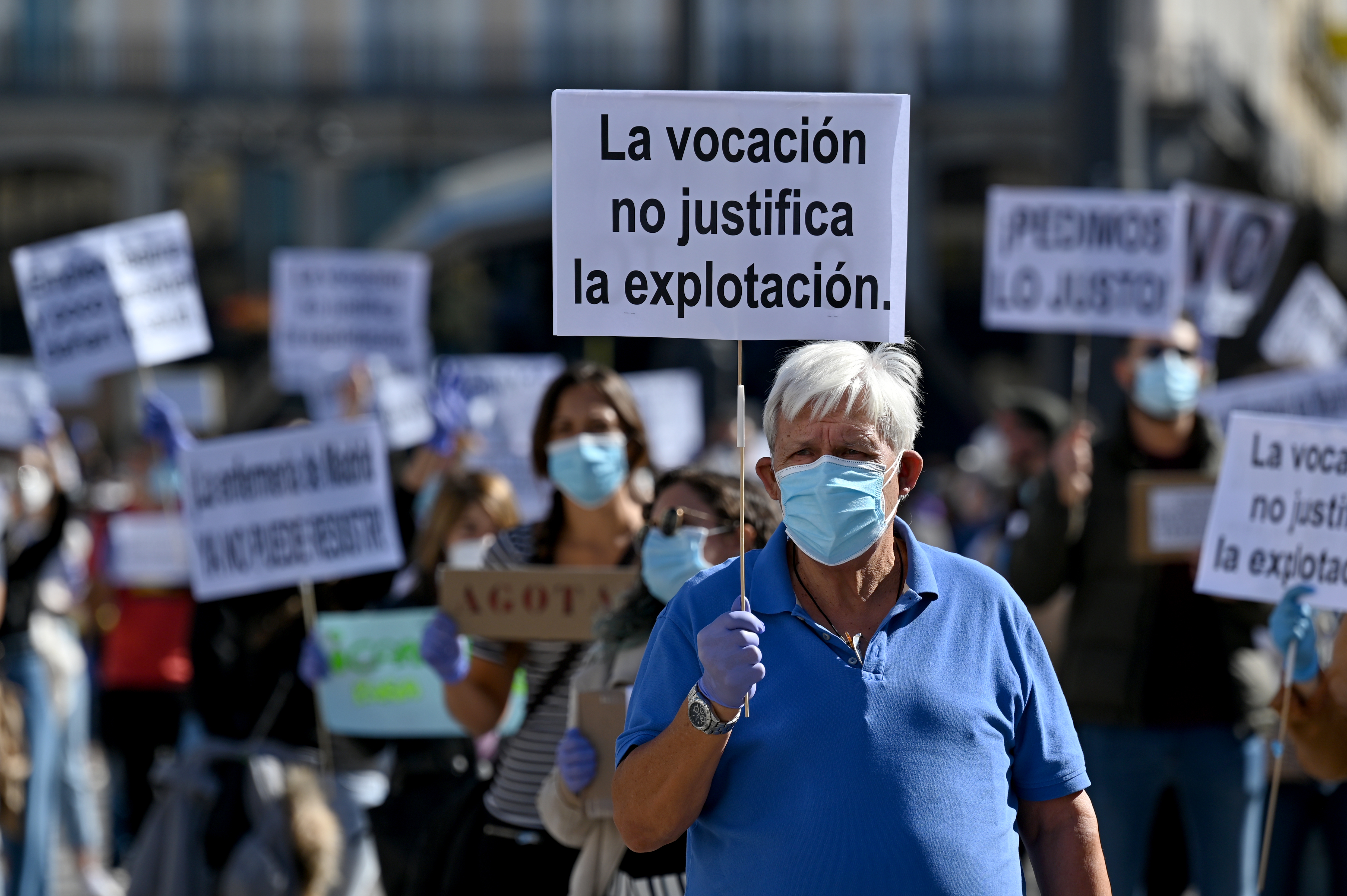 "We're protesting because our rights are being violated with the actual health situation, sometimes we have to work seven days out of seven and our supervisors and bosses even ask for extra hours, we can't continue anymore," complains local nurse Paula López.

Another nurse, Alvaro Garcia, gives a heartbreaking account of his current working conditions. "I've been working as a nurse for two years and had 56 temporary contracts, I have zero job stability, they put me one day in ICU, the day after they send me to a health center, the day after to a hospital ward, the day after that to a school, we have no useful specialties, we have seven but none are useful in the current situation and every time they change us to another ward we suffer a lot of anxiety, there have been days when I've cried going home," he said.

While the nurses were protesting in the center of the capital, Ayuso was at the Royal Palace, marking Spain's national day alongside King Felipe and Prime Minister Pedro Sanchez.

The nurses' fear is that while Ayuso rails against Madrid's state of emergency and resulting lockdown, their problems are being ignored.