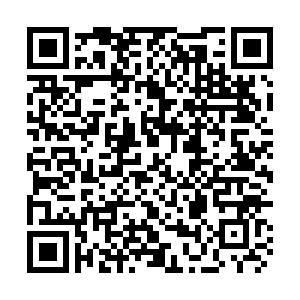 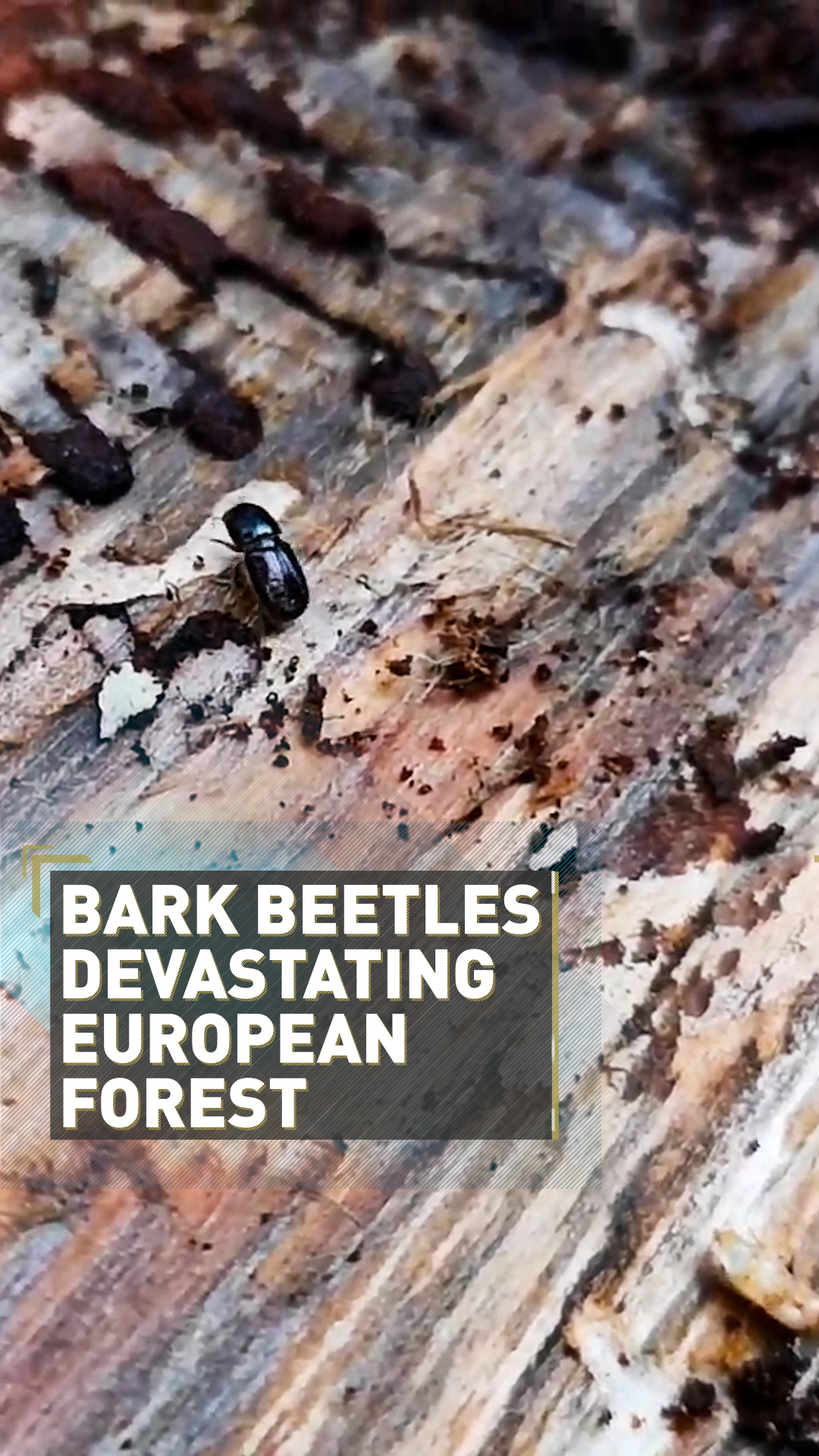 Franz Josef Hempfling inherited his 19 hectares of forest in upper Bavaria from his parents.

"It's a typical farmer's forest," says the 52-year-old. "In the past, every farmer actually had a piece of forest ... You cared for it and cherished it. The forest was always passed on from generation to generation."

Yet much has changed in the Hempfling forest since the time of Josef's forefathers: "My parents can't remember such a disaster."

Leaning against a pile of chopped down tree trunks on the side of the forest road, Hempfling squinted his eyes in recollection. "There was always snow or ice damage or wind damage, but never damage to this extent."

Of his 19 hectares, he estimates 17 have been spoiled by the bark beetle.

The Hempfling land is nestled just outside the community of Stadtsteinach, right next to the 52,000 hectares state-owned Franconian Forest, one of the worst-affected forests in the country.

The bark beetle is a small hard-shelled insect that eats away at the inner bark of a tree. Despite being only 5 millimeters when fully grown, they have the power to destroy an entire forest in the months between spring and fall.

Michael Schmidt is the forest manager for the area. Being one of the most heavily affected regions, the Bavarian state government provides his office of food, agriculture and forest with funding to help forest owners fight the bark beetle here.

Using a small axe, Schmidt chops away at one of the dozens of downed trunks lining the Hempfling forest road.

He points to several black (adult) and brown (baby) insects running around the "under bark" and begins to explain how the father beetle first digs a hole in the tree, leaving a scent for a mother beetle to follow.

Once in the tree, she forms a long, deep channel in which to lay her eggs. The larvae and new beetles then eat across the sapwood, interrupting the passage of water and nutrients to the rest of the tree, eventually killing it.

The pattern of dark channels created in the tree's light bark looks like a work of art.

Once a tree is infected there is little chance of saving it. "From one tree that is infested with 50 beetles in the spring, around 400 new spruces can be infested by the end of summer," says Schmidt. 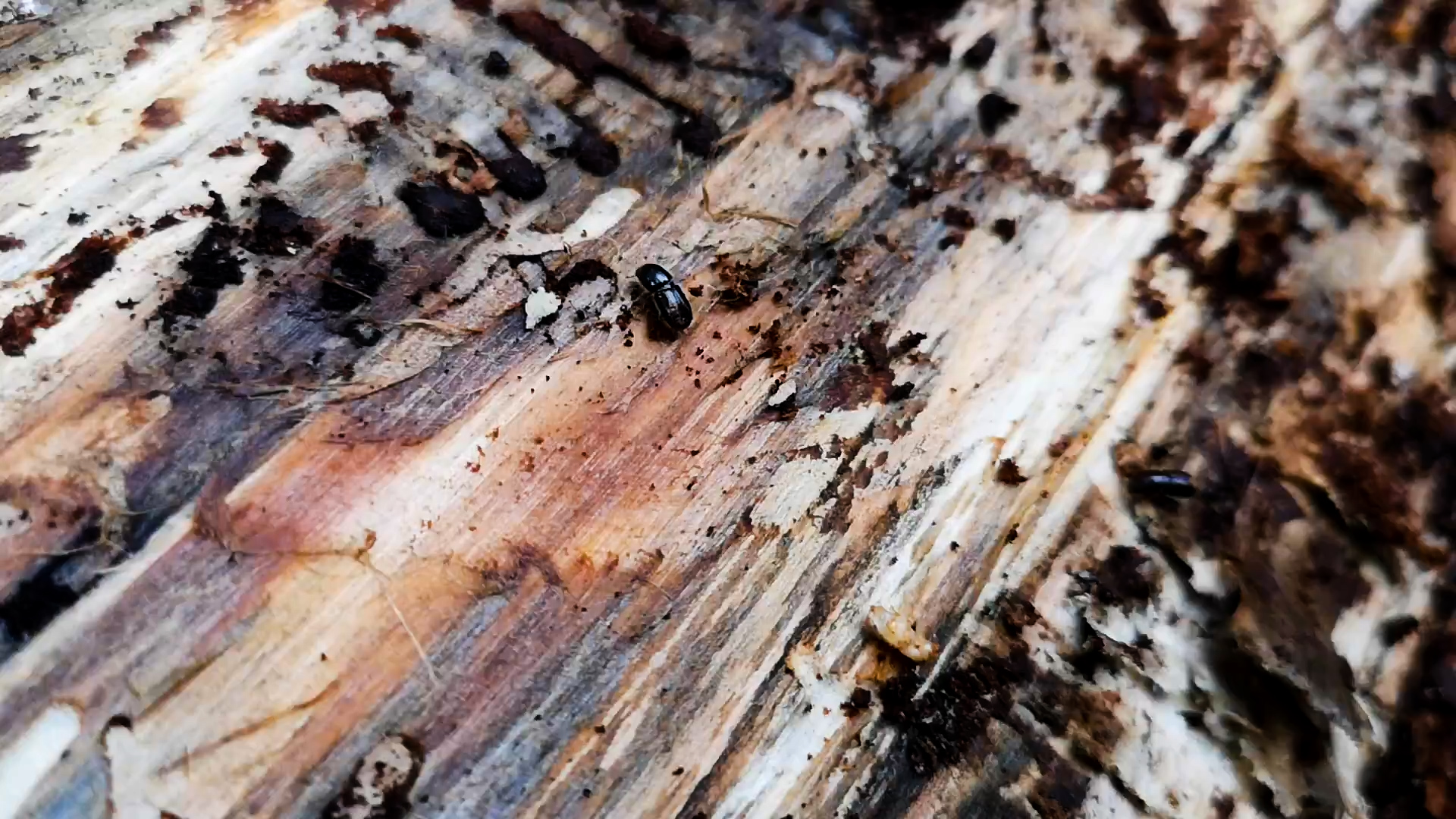 "The first thing you do with a bark beetle infestation is to get infected trees out of the forest as quickly as possible, so that they can not fly out," says Hempfling.

Once chopped down, the trees must be removed immediately or sprayed with pesticides to stop the beetles from spreading to other trees.

"The last resort is to wrap it in plastic sheets," adds Hempfling.

Ideally, forest owners will sell the infected wood to local sawmills, such as Gelo Woodworks, the largest in upper Bavaria.

"We are in a hot spot here when it comes to the beetle problem," admits the sawmill's purchasing manager Steffen Rute. "The Franconian Forest has the most beetle wood it has had in living memory. Nobody can remember when so much beetle wood was ever produced."

I have a problem seeing my forest die. I know it is not fate and not nature, but man-made. The feeling is brutal
-  Franz Josef Hempfling, forest farmer

Three years ago, Gelo Woodworks began buying and processing infected wood for the construction industry. Today, it is all it buys, says Rute. "The price of fresh wood is so high that we cannot afford it, on the other hand, we cannot buy it because it is no longer harvested. Only beetle wood is available. The prices are approximately 30 to 40 percent of the fresh wood price. We also want to help the forest owner to get his beetle wood out of the forest."

Rute explains that there is so much problem wood available that this location in Weissenstadt can no longer support the supply, so Gelo will be opening a second sawmill nearby early next year.

This is not good news for Hempfling: "Normally this wood goes into the sawmills and then to the industry for sale, but because of the oversupply, the price of this wood is so low that it doesn't pay off the costs."

Pointing to his piles of chopped-down trunks, Hempfling also points out that the oversupply means lower demand: "These huge amounts you can't give away. So it lies like this everywhere." 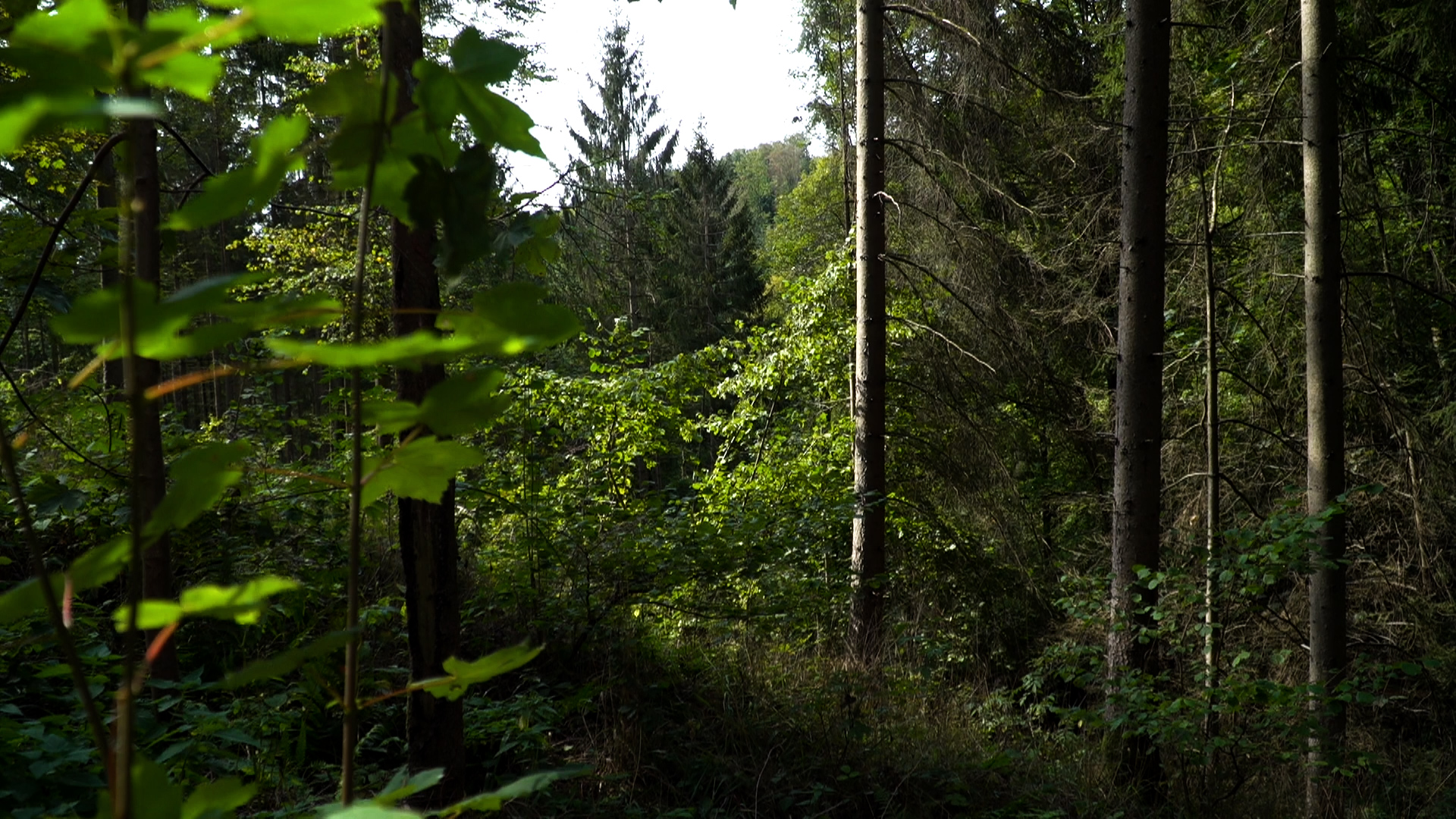 The verdant forests risk being stripped bare by the voracious bark beetle. /CGTN

The verdant forests risk being stripped bare by the voracious bark beetle. /CGTN

One of the worst years for German forests was 2017. According to the Bavarian State Institute of Forestry, unusually hot and dry temperatures in early spring brought about a surge of the bark beetle, causing 3.55 million square cubic meters of damage – almost doubling the destruction the previous year in Bavarian forests alone.

"We have little rainfall in summer," says Schmidt, "so the trees have little resistance because they need precipitation to generate resins to fight the bark beetles.

"On the other hand, the high temperatures in summer mean the biological development of the beetle takes place much faster. So these factors, driven by climate change, are causing this enormous damage."

We have to see how we can manage a migration to a forest that can cope with a climate two, three, four degrees warmer
-  Michael Schmidt, regional forest manager

"I have a problem seeing my forest die," says an emotional Hempfling. "I know it is not fate and not nature, but man-made. I believe in science. The feeling is brutal. You can't do anything about it, you are in a way helpless and all the work that has been put into it is worthless."

Looking forward, the country's many forest management offices are looking at tangible ways to address the effects of climate change in the future.

"It is a big challenge," admits Schmidt. "We need water from the forest, we need relaxation, we need the fresh air of the forest – we have to see how we can manage a kind of migration to a forest that can cope with a climate two, three, four degrees warmer and also the low rainfall."

These little hard-shelled black beetles prove that climate change is leading to drastic changes in our landscape. "We can't stop it anymore," emphasizes Schmidt. "It depends on how we behave as humans – and that is what makes it so difficult."