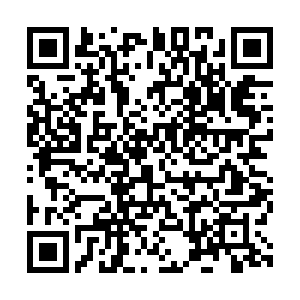 "It's clear that whichever woman assumes this job will have a very full plate from day one."

That was World Trade Organization spokesperson Keith Rockwell, when asked about the two finalists for the leadership position – who, for the first time in its history, are both women. Ngozi Okonjo-Iweala and Yoo Myung-hee will find out their fate before 7 November.

In the U.S., Lufax, a Chinese peer-to-peer lender is making moves to list on the markets, with an IPO that hasn’t been officially announced but is rumored to be in the billions.

And despite – or perhaps because of – the pandemic, fast-food and pizza delivery sales are looking closer to recovery than many more traditional restaurants, which have suffered greatly around the world. McDonald’s and Domino’s are two international names that released third-quarter figures today.

In our video today we cross the Atlantic, with a ship putting a 21st century twist on the Pilgrim’s journey to create the nation that would become the U.S. – unlike the Mayflower, this ship is more AI than aye-aye.

And today’s graphic is a bit different, but I couldn’t resist this image my colleagues have put together. Tomorrow Diego Schwartzman could become the equal-shortest tennis player to win a Grand Slam final in the open era, and we wondered how he looks against the ATP’s tallest player. Scroll down to find out.

The World Trade Organization is set to have its first female leader, after Nigeria's Ngozi Okonjo-Iweala and South Korea's Yoo Myung-hee made it through to the final run-off. Whoever wins the contest – with a decision due before 7 November – will take over an organization dealing with multiple crises and struggling to help member states navigate a severe global economic slump triggered by the pandemic.

Lufax Holding, a Chinese peer-to-peer lender and one of the country's largest online wealth management platforms, filed to list on U.S. exchanges to take advantage of a rebound in capital markets despite stricter scrutiny on Chinese firms. Lufax, backed by financial giant Ping An Insurance Group, is set to become the largest fintech IPO in the U.S. this year, according to the previously rumored volume of $2 billion to $3 billion.

A French court has ruled global web giant Google must engage with publishers and news agencies to work out how it will pay to use their content, as mandated by a new EU rule, which may have pan-Europe reverberations. The ruling rejects Google's pledge to pay global publishers $1 billion annually.

China's Shanghai Fosun Pharmaceutical Group said its COVID-19 antibody therapy trial has progressed to human testing. It has been given the green light by U.S. drug authorities, and a trial is likely to start in the country soon.

McDonald’s global sales improved on the quarter in the third period, though numbers still lag the same period in 2019. Despite falling sales in France, Spain, Germany and the UK, the 4.6 percent rise in the U.S. was enough to push the global figure into positive territory.

Domino’s profit grew in the third quarter, but not by as much as it was hoped. COVID-19-related costs and staff remuneration offset the gains from a jump in demand for delivery pizzas during the pandemic and lockdowns. Sales at Domino’s U.S. stores rose 17.5 percent in the quarter to 6 September.

Carnival Corporation, which runs cruise holidays and has been hit significantly by the pandemic after COVID-19 outbreaks on several boats, said its third-quarter losses amount to $2.8 billion and it doesn’t see a bright future on the horizon. Although it expects at least one more quarter of losses, it said it was able to satisfy liquidity demands for at least the next 12 months.

Alibaba-backed Indian fintech firm Paytm is aiming for a million apps on its app store rival site by the first quarter of 2021, as it seeks to challenge the dominance of Google in India's largely mobile online economy. Paytm founder Vijay Shekhar Sharma called Google a "toll collector" as he launched the venture.

U.S.-based pharmaceutical firm Moderna said it would not enforce the patents on its experimental COVID-19 vaccine if it proves effective. The move will make the medicine available for international drug makers. Moderna has received more than $1 billion in U.S. government funding to develop and produce its drug.

The European Union has sealed a deal with Johnson & Johnson to supply up to 400 million doses of its potential COVID-19 vaccine, the third such deal the bloc has made to secure 1 billion doses of vaccine candidates. The EU did not disclose how much it had agreed to pay J&J.

Procter & Gamble, Danone, and Mexican food chain Chipotle said they are committed to advertising spending on TikTok, even as the Chinese-owned social platform faces a possible ban in the U.S., according to Reuters.

Low-cost British airline easyJet said its annual losses this year could add up to more than $1 billion, as it continues to operate around 25 percent of its usual flights. It would be the first annual loss in the country’s 25-year history.

The number of people newly out of work in the U.S. fell slightly in the past week, but the country is not out of the woods yet, with more than 800,000 Americans still registering each week and 10.9 million continuing to take entitlements.

WATCH: 400 years after the Puritans sailed to Plymouth Rock, another Mayflower is preparing to make the same voyage. The big difference? This time there aren't any passengers, there's no captain, or even a crew. Instead, almost everything is powered by artificial intelligence (AI).

Max Lawson is Oxfam's head of advocacy and public policy. He talked to CGTN Europe about a new report from the charity on the state of global poverty and inequality.

What does the new report say?

What we're saying is countries were incredibly unprepared when the pandemic hit. You can see that the impact of the crisis, both the health crisis and the economic crisis, has been much worse because governments did not have the kinds of policies in place that would reduce the gap between rich and poor and leave them better prepared for the pandemic.

And with the economic downturn continuing, perhaps even post-pandemic, it's not going to get easier is it?

Exactly. And what we are saying as Oxfam is that governments face a choice. They face a choice after COVID-19 has been dealt with – they can decide who is going to pay the price for the costs of the coronavirus. One of the key policies that Oxfam is recommending in our report is greater taxation of the richest.

Finally, who's doing best and who is performing worst when it comes to tackling global inequality?

On worst, let me give the example of India. They went into the pandemic with the fourth lowest health spending in the world... and also on labor legislation and protection of their workers. We all saw the pictures of hundreds of millions of workers having to walk hundreds of kilometers, thrown out of their jobs by lockdown and absolutely no protection.

At the other end of the spectrum, you've got countries like South Korea which responded very well to the crisis, but already had good policies and plans. They had increased their minimum wage in the past two or three years. They've increased taxes on the largest corporations in South Korea to pay for that.

So that put them in a position where they were already stronger going into the crisis.