- Hospitals in Paris have moved into emergency mode after virus patients made up almost half of those in ICUs across the city.

- Chancellor Angela Merkel, along with mayors from Germany's 11 largest cities have agreed to implement stricter measures if infection rates go above 50 cases per 100,000 a week.

- Ukraine is to open more hospitals to treat virus patients after more than 20,000 of the current 31,927 beds are already occupied.

- Spain's government has invoked a state of emergency to reimpose a partial lockdown on Madrid and its surrounding areas after a court had struck down the measures.

- Sweden has announced it will postpone plans to let more people attend sporting events and concerts citing rising infection numbers both within the country and across Europe.

- The World Health Organization reported a record one-day increase in global cases on Thursday, with the total rising by 338,779 in 24 hours. Europe's daily infections also passed 100,000 for the first time since the beginning of the pandemic.

- Czechia is to announce tighter restrictions from next week, which will include new curbs on restaurants, sports and cultural venues, to slow the spread of the virus.

- New daily infections in Bulgaria have hit a record, with 516 cases reported in the past 24 hours – the third day in a row a record number of cases has been posted.

- The UK's opposition leader Keir Starmer has urged the country's government to "get a grip of this situation urgently before it spirals out of control."

- The UK has removed the Greek islands of Lesbos, Santorini, Serifos, Zakynthos and Tinos from its self-isolation list.

- Romania has suspended all flights to and from high-risk nations to try to control the spike in cases. This ban excludes European Union member states, the UK, UAE and Qatar. Spain's government has invoked a state of emergency to reimpose a partial lockdown on Madrid and its surrounding areas. /AFP

Spain's government has invoked a state of emergency to reimpose a partial lockdown on Madrid and its surrounding areas. /AFP

We have proved that we can stand together against the virus and we should do that again
-  Angela Merkel, Germany's chancellor

New nationwide COVID-19 prevention measures kick in from Friday. All bars and cafes are required to close at 11 p.m and no more than four people will be allowed per table.

Social contact bubbles have shrunk to three people outside the household, while private gatherings in the home are now limited to four.

Fresh data show coronavirus infections hit a record daily high on Monday at 4,601 cases. Belgium averaged nearly 3,000 new infections a day in the past week, up 72 percent from the week before.

One drive-in COVID-19 test center in Liège, which can handle up to 7,000 swabs a day, was forced to temporarily shut down on Thursday after it became overrun with visitors.

The number of new coronavirus cases continued to increase at an alarming rate on Friday, when 4,516 cases where reported. That's 500 more cases than Thursday and almost double Wednesday's figure. The total number of infections is now 314,660, according to the Robert Koch Institute.

Chancellor Angela Merkel on Thursday backtracked on a statement that Germany won't return to a national lockdown, saying "it's too soon to give the all-clear".

On Friday and Saturday, new restrictions come into effect in Frankfurt and Berlin, respectively. These include limiting private gatherings to 10 people indoors and ordering businesses to close earlier. 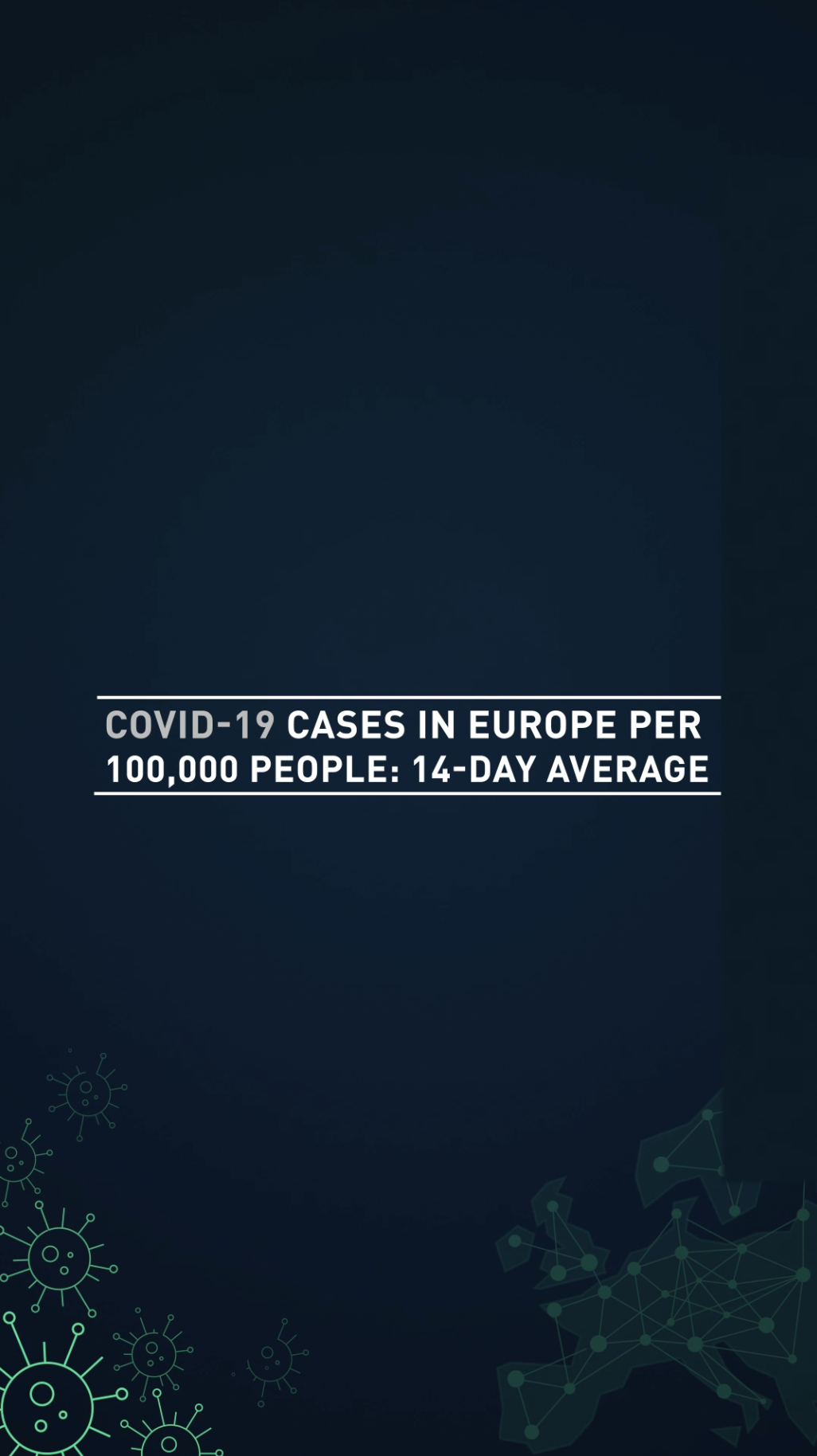 Four more French cities will be placed on maximum coronavirus alert beginning on Saturday and several others have been put on warning as the country's COVID-19 infection rate continues to increase.

The health minister said the situation in France was deteriorating as he announced new restrictions for major cities. Grenoble, St Etienne, Lille and Lyon, have now joined Marseille and Paris in the maximum alert zone due to the continued worsening of health indicators.

The four cities will now likely face the same restrictions that apply to Paris and Marseille. The French capital remains a particular concern, with health authorities here warning of a wave of new infections.

The director of the health agency for the French capital has reactivated the so-called "White Plan" to postpone nursing staff leave and make room in hospitals by delaying non-urgent operations.

The French finance minister also says that the government is going to strengthen its support funds for businesses, allowing access to state aid for companies with up to 50 employees, rather than those with 20 workers as it is right now. Hospitals in Paris have moved into emergency mode after a surge in COVID-19 patients. /AFP

Hospitals in Paris have moved into emergency mode after a surge in COVID-19 patients. /AFP

CGTN Africa: Rise in use of plastic cards in Kenya amid the pandemic