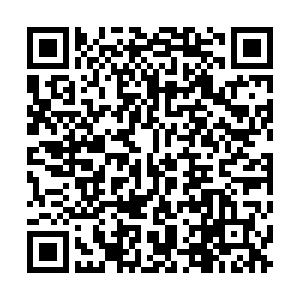 British Airways has retired its fleet of Boeing 747 jumbo jets and the UK aviation industry is set for more change as airlines battle for survival. /AFP

British Airways has retired its fleet of Boeing 747 jumbo jets and the UK aviation industry is set for more change as airlines battle for survival. /AFP

The lumbering bulk of a Boeing 747 jumbo jet accelerating through the rain at London's Heathrow Airport has been a familiar sight since 1971 – but that's all over after British Airways retired the fleet.

It's easy to blame this on the COVID-19 pandemic, but truth be told, the 747 has had its day. Four fuel-guzzling engines have been replaced by two, and modern technology has left this massive people-carrier behind.

But as with so many things in this pandemic, the inevitable has been accelerated – and this is still an industry gasping for survival. On Wednesday evening, the UK's transport secretary, Grant Shapps, took to social media to reassure the aviation sector that it hadn't been forgotten.

He tweeted: "We are moving ahead with the next step to reduce the travel quarantine period by launching the Global Travel Taskforce to open up international travel and boost our businesses."

The task force will implement a testing regime to reduce the self-isolation period, along with a wide range of other measures to enable travel while keeping down infection rates.

What everyone wants to see is quicker testing at the airports. So passengers can quickly verify their state of health and therefore avoid the exhaustive quarantine measures that have prevented passengers from bothering traveling.

Currently under limited trial in Asia are digital health passports. A record for passengers who have taken a test within 72 hours to ensure a safe passage through international security.

The trial moves to the UK and Europe next week.

The government's COVID-19 "safe list" of countries grows shorter by the day and gradually across the globe moments of access are being closed off again as much of the world braces itself for the second wave most knew would come but somehow hoped to avoid.

So far, the company has borrowed in the region of $800 million from the government, sold off aircraft and cut 4,500 jobs.

Still it's calling for more action from the government.

The airline says it will fly just 25 percent of its planned capacity for the rest of this year, behind rival Ryanair, which is aiming for 40 percent in October.