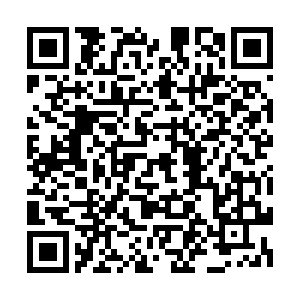 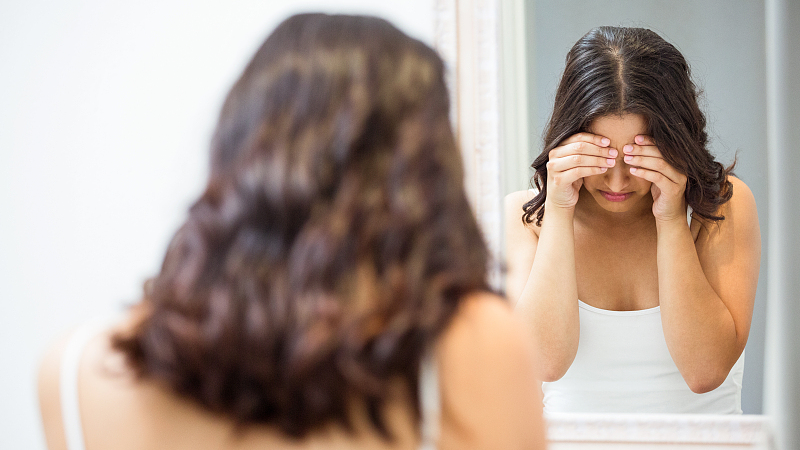 More than half of adults surveyed said they felt worse about their body image during lockdown. /Wavebreak Media/VCG

More than half of adults surveyed said they felt worse about their body image during lockdown. /Wavebreak Media/VCG

More than half of adults in the UK felt "worse" about their body image during the lockdown period, according to a survey of 8,000 people conducted by the UK parliament's Women and Equalities Committee.

The survey found that 53 percent of adults and 58 percent of people aged under 18 reported that the coronavirus lockdown restrictions made them feel "worse" or "much worse" about their appearance.

A variety of reasons have been given for why many people are feeling worse – including anti-obesity campaigns, social media comments and people having to see themselves on screen during work video calls.

According to the responses collated by the survey, social media had a large part to play in the reasons given by people on why they felt worse about their bodies.

People had reported seeing more adverts for products to change your appearance, especially weight loss products, as they spent more time consuming media in their homes.

"I have heard of slimming programs being increasingly advertised online to people, especially during lockdown," Francesca Solmi from University College London told the Women and Equalities Committee during a meeting in the House of Commons. "A lot more people are reporting seeing ads for diets, intermittent fasting or exercise," she added.

A number of responses from the survey said this increasing pressure from social media to focus on weight loss or appearance improvement during the lockdown helped towards increasing negative feelings towards their own appearance.

The committee questioned three experts in the field, including Solmi, about the issues surrounding body image in general, with one line of questioning being the impact of social media on people's perception of their appearance during lockdown.

Labour Party MP and member of the committee, Alex Davies-Jones, said: "I noticed it myself. I noticed today that there was an article from a local media outlet on my social media about a Welsh woman who had caught coronavirus. She had been put on a ventilator and fortunately she pulled through, but she lost four stone in weight while in hospital."

"The comments underneath that article, the majority from women, were awful. People were saying, maybe I need to 'catch coronavirus in order to lose weight now.' It was honestly shocking, the number of comments of that nature under this article," she added. 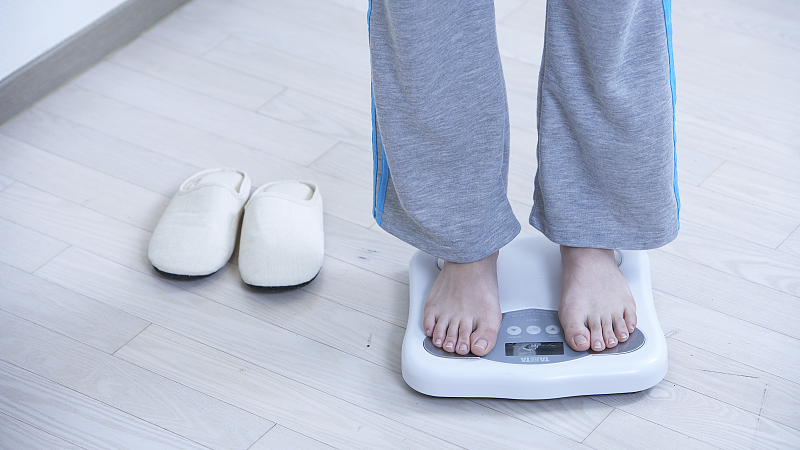 Experts say public health campaigns should focus less on weight and more on health in order to be helpful. /freegine/BBTree via VCG.

Experts say public health campaigns should focus less on weight and more on health in order to be helpful. /freegine/BBTree via VCG.

Another reason given by people who responded to the survey as to why they felt worse about their body image during lockdown, was the increasingly widespread discussions on TV and in the media of "lockdown weight gain," as well as the British government's obesity strategy.

Towards the end of July, UK Prime Minister Boris Johnson's government unveiled a "new obesity strategy," while urging the country to "lose weight to beat COVID-19 and protect the NHS."

The strategy included the implementation of a raft of measures including a ban on TV and online adverts for food high in fat, sugar and salt before 9 p.m., new laws requiring large restaurants, cafes and takeaways to add calorie labels to the food they sell, as well as listing hidden "liquid calories" in alcoholic drinks.

In its statement, the government said the "obesity time bomb" in the country needed tackling, adding that "living with excess weight puts people at greater risk of serious illness or death from COVID-19, with risk growing substantially as body mass index (BMI) increases." 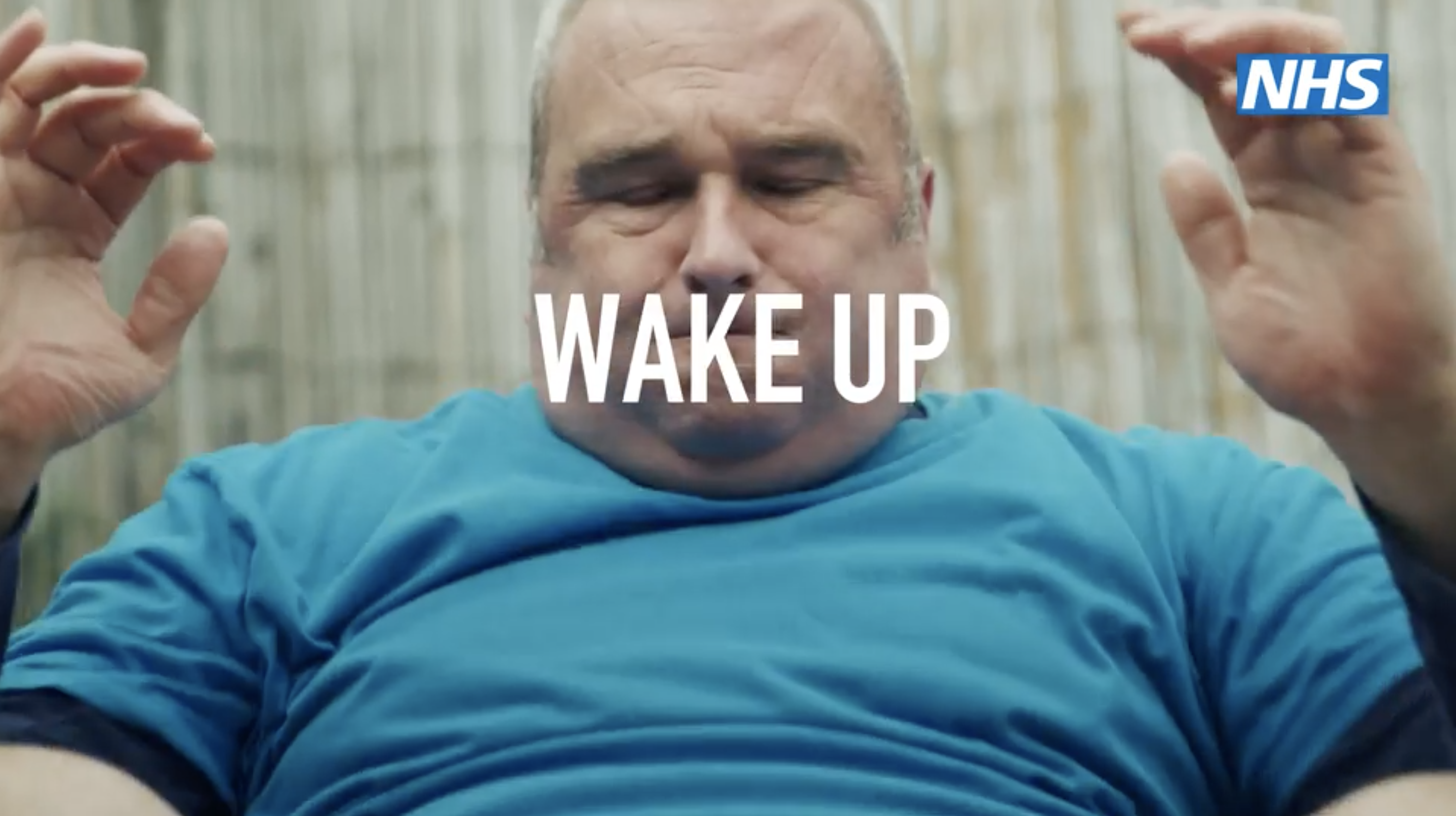 The UK government's obesity strategy launched to encourage weight loss to decrease the risk of COVID-19 was met with some criticism. /Screengrab/Department of Health and Social Care.

The UK government's obesity strategy launched to encourage weight loss to decrease the risk of COVID-19 was met with some criticism. /Screengrab/Department of Health and Social Care.

However, experts have criticized this approach, saying that instead of doing good, government policies are likely to negatively affect how people perceive their bodies or even cause disordered eating behaviours. They also say there is little to no evidence that these policies have been successful in the long term.

"Policies around weight and obesity, and the way they are framed, are potentially causing dangerous behaviors, especially in young people," said Francesca Solmi, who researches human wellbeing and population health.

"For instance, calorie labeling as a way of controlling portions can lead to an unhealthy relationship with food and people becoming increasingly concerned with the calories in what they eat," Solmi explained to the committee.

"I know anecdotally or qualitatively, from people who have experience of eating disorders, that it tends to be quite distressing and something that causes anxiety when eating out or shopping, seeing calories on food labels. I am not aware of a great deal of evidence suggesting that it is an effective policy," she added.

Experts say that more research is needed on the impact of public health campaigns on body image, but that what is needed right now is for campaigns to move away from a weight-based approach towards a more holistic health-based approach.

"We need to see public health campaigns that focus on other aspects of health rather than weight being the sole indicator of health," expert witness, Amy Slater, told the committee.

"The research evidence is not there to substantiate that weight, as measured solely by BMI, is necessarily the best indicator of health. It is actually a much more complicated relationship than that," she added. 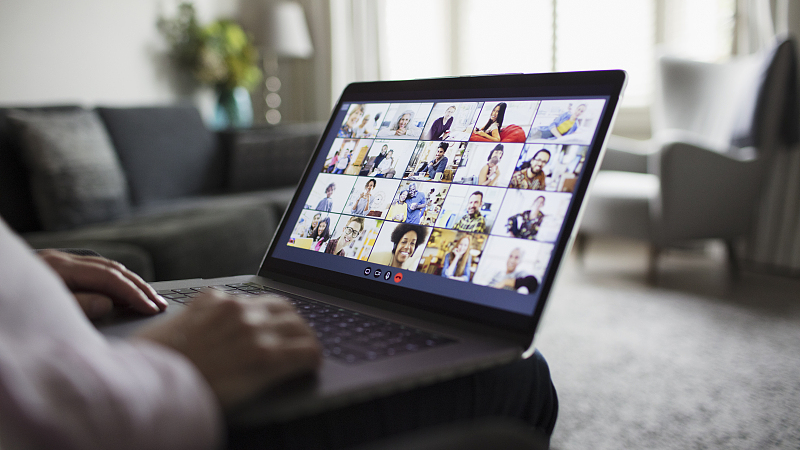 Video meetings or schooling makes people more constantly aware of their body image according to the survey. /Robert Daly/CAIA via VCG

Video meetings or schooling makes people more constantly aware of their body image according to the survey. /Robert Daly/CAIA via VCG

Slater, who is an associate professor at the University of the West of England Bristol's Centre for Appearance Research, told the committee that as well as social media pressures that have negatively affected body image during lockdown, the increased use of technology where people sit in front of the screen and stare at themselves while in video meetings or classes, has also had the same effect.

"We have done some very recent research on people who have appearance-altering conditions during this time of lockdown and their experience of that," Slater explained. "Some of the anecdotal evidence they are giving us is that people are feeling increased appearance anxieties, because of these types of virtual settings where we are all stuck staring at ourselves all day," she said.

"Of course, we did not used to do that if we were face to face. I could see you of course, but I could not see myself. That is a really interesting aspect that we might need to consider further if this is going to be the new norm," she added.

While the use of technology increased because of social restrictions at the peak of the coronavirus outbreak, affecting body image issues, respondents in the survey also stated that a contributing factor to these negative feelings was the closure of gyms and the loss of routine making them scared of gaining weight and losing muscle mass.

In addition, they reported that the restrictions meant that there was less support and treatment available and at hand for mental health issues and eating disorders. 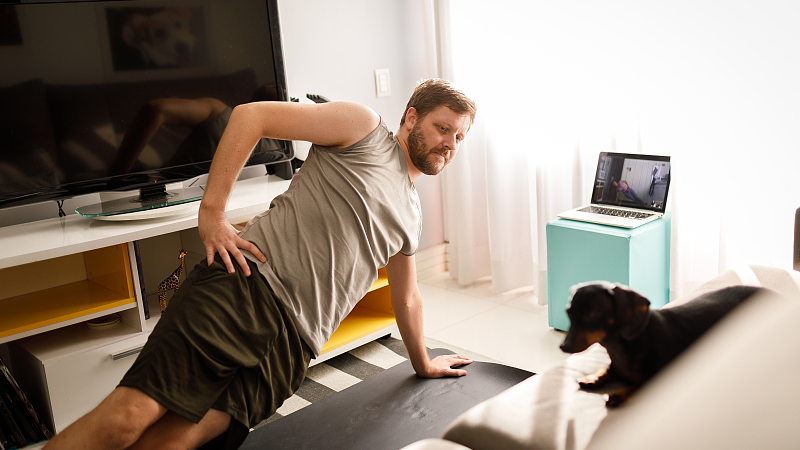 Some respondents to the survey said the lockdown helped them make more time for indoor exercises. /Capuski/Getty Images via VCG

Some respondents to the survey said the lockdown helped them make more time for indoor exercises. /Capuski/Getty Images via VCG

The other side of the coin

Nevertheless, the survey also showed that a smaller proportion of people felt better, not worse, about their body image during the COVID-19 lockdown.

Fourteen percent of adults and 16 percent of young people reported feeling "much better" or "better" about their body image since the lockdown.

The respondents gave several reasons for why the way they feel about their appearance has improved during this time. One was that being at home for a larger portion of the day than normal, meant they had time to incorporate home workouts and outdoor exercise into their daily routine, as well as focus on eating healthily.

For some, another reason was that not having to leave the house meant they felt less pressured to look a certain way, or less likely to face appearance-based harassment particularly if they were amongst the transgender community or had a disability.

"Lockdown has improved my body image because I've had more time to spend outdoors and be active. I don't think my body has actually changed but I enjoy seeing and feeling what my body can do and I feel proud of it and less shameful," said one respondent, a woman aged between 18 to 24.

Another respondent, a transgender man aged between 25 to 34 said: "Lockdown has given me a break from having to scrutinize my appearance every morning to avoid harassment when I go out." 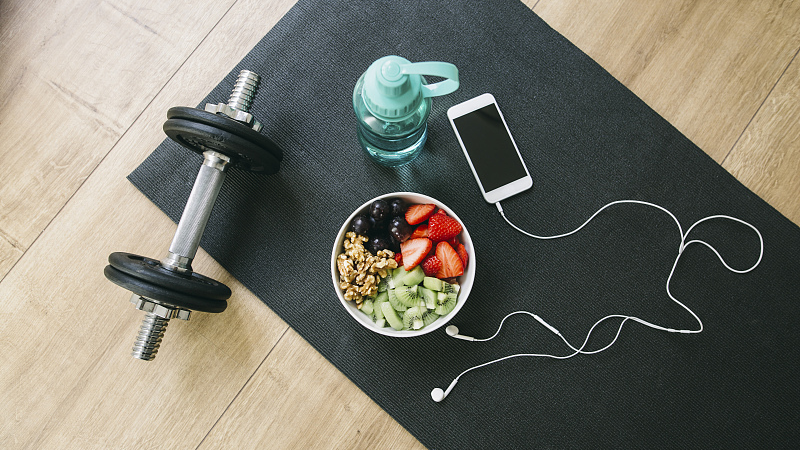 A small percentage of respondents in the survey said the COVID-19 lockdown made them feel better about their body image. /Westend61/Getty Images via VCG

A small percentage of respondents in the survey said the COVID-19 lockdown made them feel better about their body image. /Westend61/Getty Images via VCG

However, according to the survey, the majority of people – 61 percent of adults and 66 percent of children – feel negatively about their body image most of the time. With women, people with a disability and transgender people at higher risk of experiencing negative emotions around their appearance.

Social media, the media in general and advertising were reported as the main factors affecting how respondents, especially younger people, viewed their body image and felt about their appearance.

For many, they would like to see increased education and awareness in schools about body image issues, as well as more regulation of adverts and content particularly on social media to protect people of all ages from harmful content around body image.

Diversity in media and advertising, and increased funding for mental health services to support early intervention and recovery from eating disorders, body dysmorphia and other mental health conditions brought on by poor body image, were also some of the changes respondents to the survey said they would like to see.