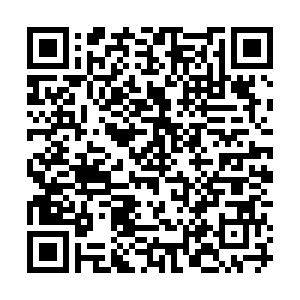 "I think we will see more clubs going to the wall before we get to the end of the year."

That's Simon Chadwick, a professor of sport and expert on its marketing, who spoke to CGTN about the crisis facing many professional teams in the middle of the pandemic. You can read his interview below.

In the news today, we learned that U.S. President Donald Trump has cancelled plans for a bipartisan recovery bill, as he instructs his Republicans to stop negotiations with Democrat rivals until after the election (on 4 November), despite the continuing COVID-19 pandemic and its economic woes.

In Europe, the Polish government will fine the Russian state-controlled energy firm Gazprom for proceeding with building a pipeline against Warsaw's wishes.

And although COVID-19 has ruined many business prospects in 2020, the European housing market appears to be going from strength to strength. Check out the graphic at the bottom of this briefing to see more.

Finally, today marks a year of CGTN Europe. We're taking a look back at what we've achieved over the past year and you can join us on Our Journey here.

U.S. President Donald Trump said he asked his administration's negotiators to withdraw from COVID-19 relief talks with Democrats until after the presidential election in November. "I have instructed my representatives to stop negotiating until after the election when, immediately after I win, we will pass a major Stimulus Bill that focuses on hardworking Americans and small business," Trump tweeted on Tuesday.

China's luxury car market is expanding – and could be overtaking mass-market car sales. In August, Chinese passenger car sales were at 7.7 million units, down 23 percent from a year ago. Meanwhile, sales of premium and luxury cars combined grew 1 percent in the first six months.

The U.S. Department of Homeland Security announced the new regulations for the H-1B entry visa for highly skilled workers, which is used by as many as 85,000 immigrants annually. Because the visas are used widely in the tech industry, the move to tighten restrictions on the H1-B is seen as an attack on that sector.

Ferrero, the Italian group that makes the famous chocolate and hazelnut spread Nutella, has agreed to buy UK biscuit maker Fox for an undisclosed amount. It is understood the deal is worth around $386 million. It adds to Ferrero's confectionary business after acquisitions of European biscuit makers Kelsen Group and Delacre.

Volkswagen has predicted Norway's car sales will be dominated almost completely by electric vehicles by 2021 and could completely replace diesel and petrol engines in the Nordic country by 2023. Norway has waived taxes on battery-powered vehicles, as more than 60 percent of all vehicles sold in September were electric-only.

Swiss pharmaceuticals firm Roche has reported delays in the despatch of COVID-19 testing kits due to "a very significant drop in our processing capacity" after it changed the warehouse it was using. The Swiss firm said its partners across Europe may need to activate contingency plans.

Chinese social media platform TikTok has signed up as a partner with UK-based e-sports organization Tundra. The partnership is centred around the release of the latest FIFA football video game, which is also a popular driver of content on the micro-video sharing app.

In Warsaw, the Polish competition authority has fined Russia's state-controlled energy firm Gazprom $6.5 billion for restarting construction on the Nord Stream 2 pipeline without its approval. The pipeline from Russia to Germany will boost the capacity of direct gas imports to the EU, but some countries including Poland have argued it would lead to a reliance on Russia for European energy supply.

Airlines are hopeful the World Economic Forum-based CommonPass COVID-19 test verifying project will lead to the relaunch of the global aviation business after months of strife and bailouts. CommonPass will not be a testing regime, but will establish a certification for passengers to prove they have tested negative for the virus. Trials have begun this week.

A new law in France aims to protect children and young people who earn money from social media or other online activities. The law extends safeguards that already cover child performers and fashion models to significant online influencers, meaning their income will be held in a special bank account until the age of 16. It also requires sites to seek permission from local authorities to employ anyone under 16, and gives young influencers a "right to be forgotten," meaning platforms are required to remove content when asked.

WATCH: Bars in Paris will have to close for two weeks from 6 October after the city was put on maximum coronavirus alert. 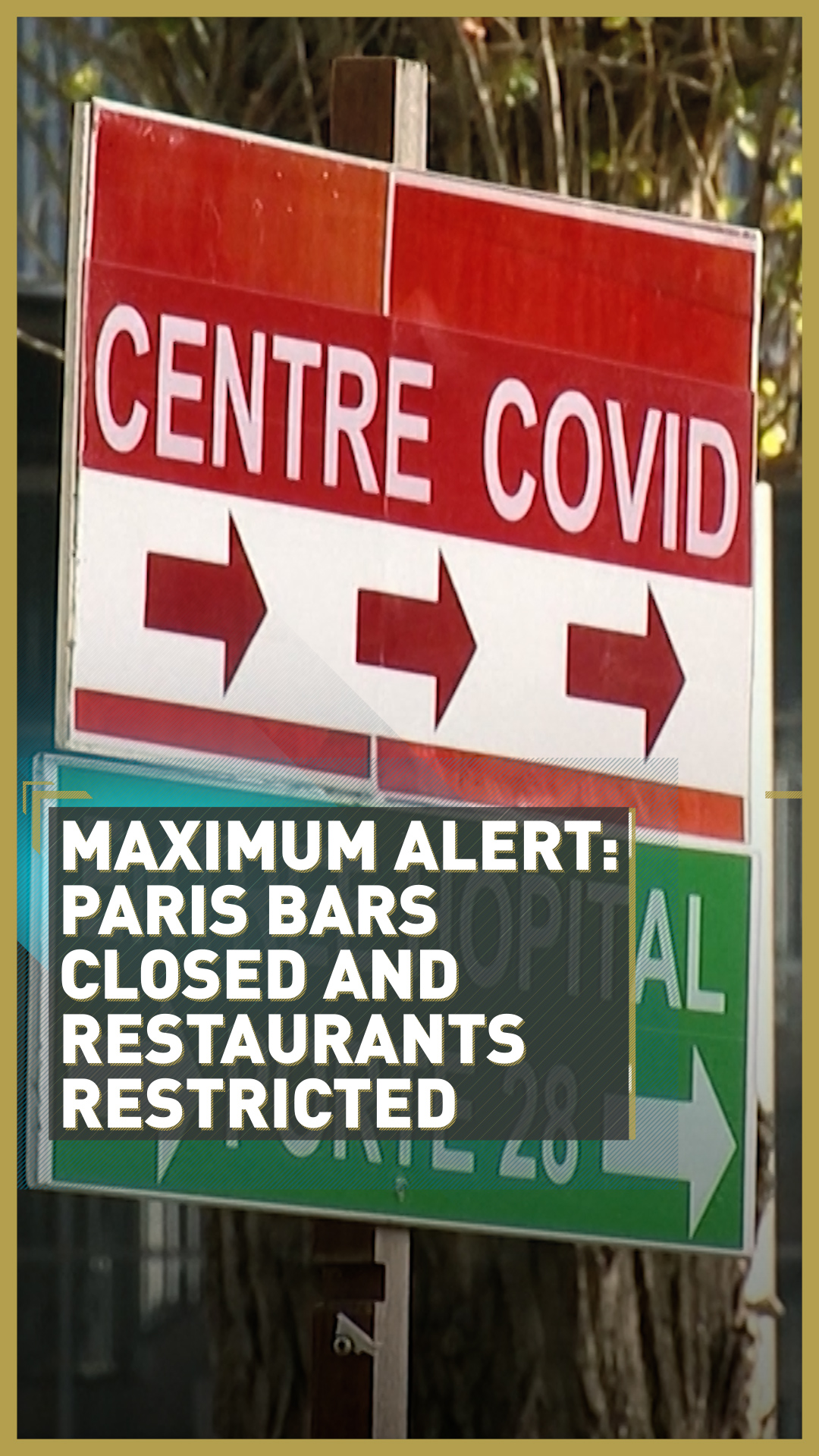 Simon Chadwick is a professor of Eurasian sport and an expert on sports marketing. He spoke to CGTN Europe about the financial disparity between lower league football clubs and their Premier League counterparts in the middle of a pandemic.

We thought the football transfer window would be stunted by COVID-19, but that doesn't seem to be the case. Can you explain why?

I think many football clubs at the moment [are] obviously struggling because their main source of revenue is drawn from ticket sales to fans.

But for the [English] Premier League, they're drawing most of their revenues from sources such as television, also from merchandising, from overseas sales, from sponsorships. And so I think, certainly in the short to medium term, there is a robustness to their finances that we don't see elsewhere in football.

Do you see a moderation coming? The transfer record has not been broken this summer, is that a sign of a slowing down?

We're all already in the midst of a moderation of fees and a moderation of salaries and certainly although clubs in the Premier League have spent big and are paying big salaries, elsewhere in Europe, across the big leagues and also in the lower leagues in England, we are seeing some moderation of wages and salaries and transfer fees.

Outside the top divisions, could this be the end for some teams?

If we go right back to the very start of the pandemic, China was hit first and we saw in China football clubs going out of business and just as we saw the virus gradually creep across the world, so we've seen football club bankruptcies spreading slowly across the world. And I think we will see more clubs going to the wall before we get to the end of the year. 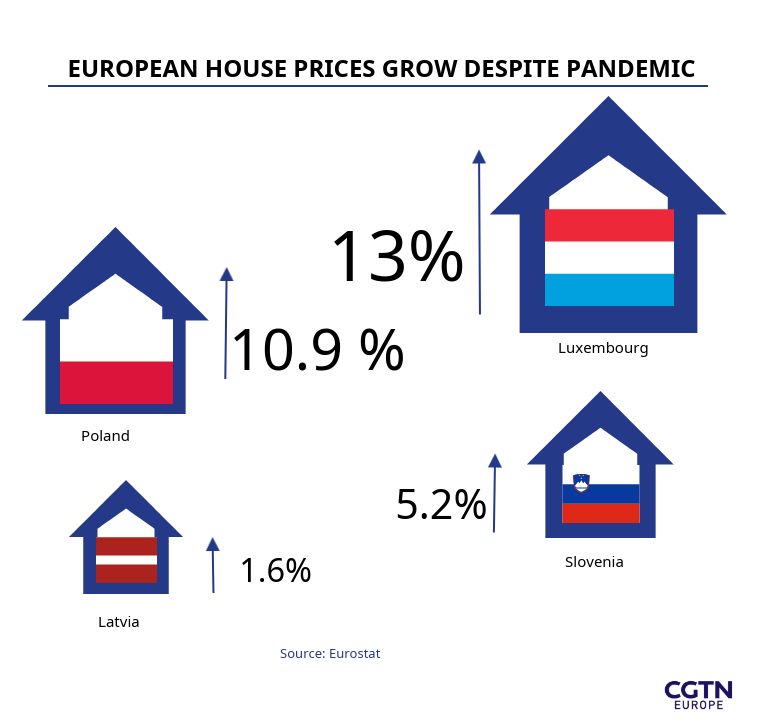