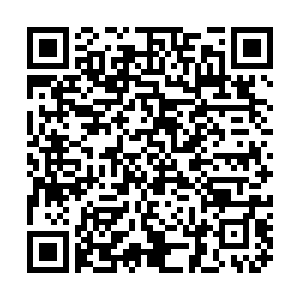 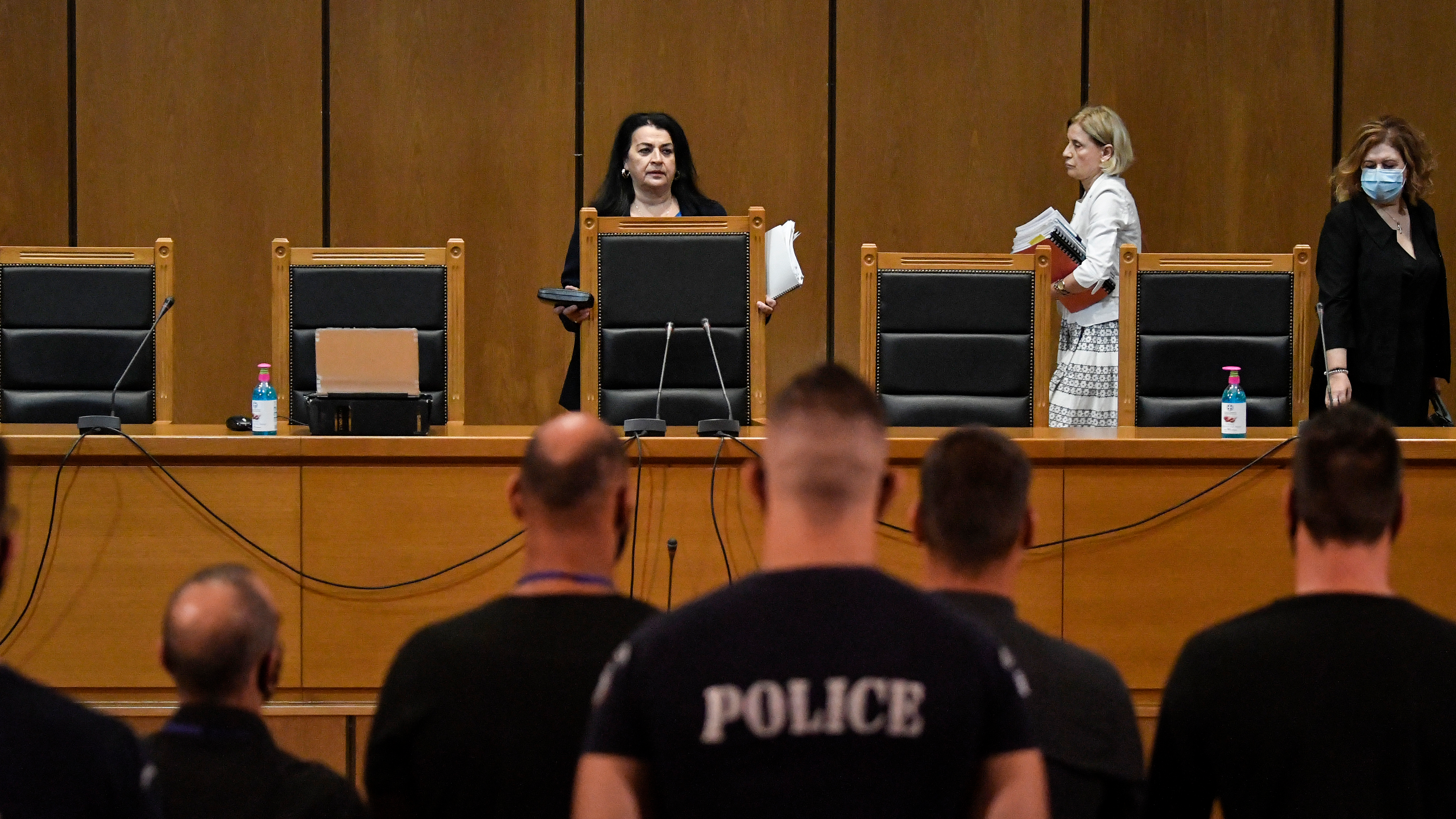 Presiding judge Maria Lepenioti announced the verdict in the trial of suspected members of neo-Nazi party Golden Dawn accused of the murder of an anti-fascist rapper in 2013. /Lousia Gouliamaki / AFP

Presiding judge Maria Lepenioti announced the verdict in the trial of suspected members of neo-Nazi party Golden Dawn accused of the murder of an anti-fascist rapper in 2013. /Lousia Gouliamaki / AFP

In a landmark five-year case, the leaders of Greece's far-right Golden Dawn party have been found guilty of operating as a criminal organization.

Seven of the party's former parliamentary members, including leader Nikos Michaloliakos, were found guilty of running a criminal group and face sentences of between five and 15 years in prison.

It is the first time elected politicians will face jail time in Greece since a military coup in 1967, and other defendants among the 68 people on trial could now be convicted for their participation in the neo-Nazi party, with charges ranging from murder to perjury. 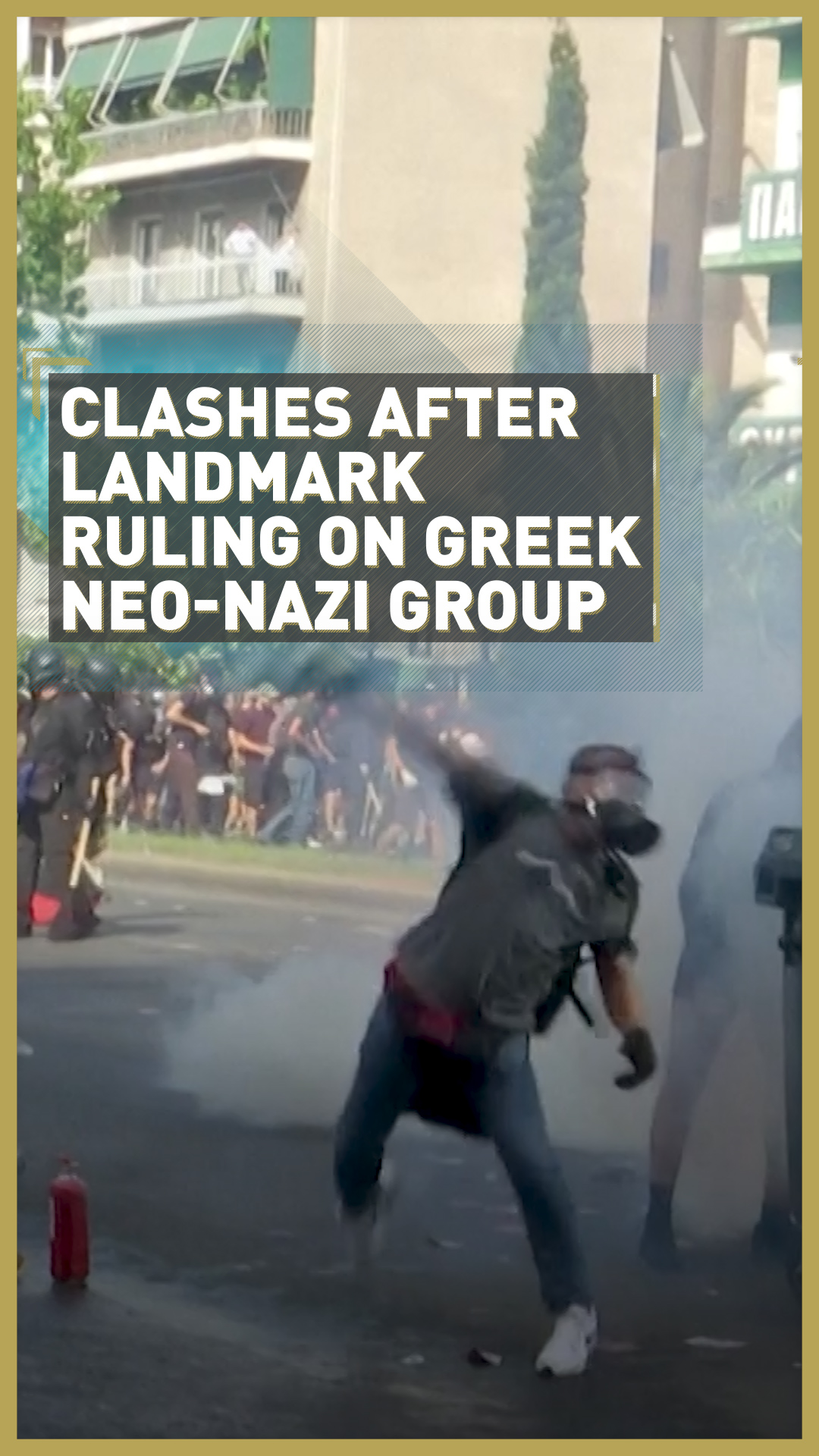 As around 15,000 anti-fascist protesters celebrated the verdict outside the courthouse, including politicians from all political parties, scuffles broke out.

Police used water cannon and tear gas against the crowd, with pockets of protesters allegedly throwing projectiles at law enforcement.

One of the most important legal cases in recent Greek history, the criminal inquiry into Golden Dawn was launched following the murder of anti-fascist rapper Pavlos Fyssas and a spate of other violent attacks in 2013.

His death sparked outrage and allegations the party was a paramilitary-style organization, using beatings, intimidation and murder as political tactics, all with the knowledge of senior party members.

Celebrating outside the courthouse after the verdict's announcement, the rapper's mother Magda, who had attended most of the hearing's 453 sessions, raised her hands in triumph and shouted, "Pavlos, you succeeded." 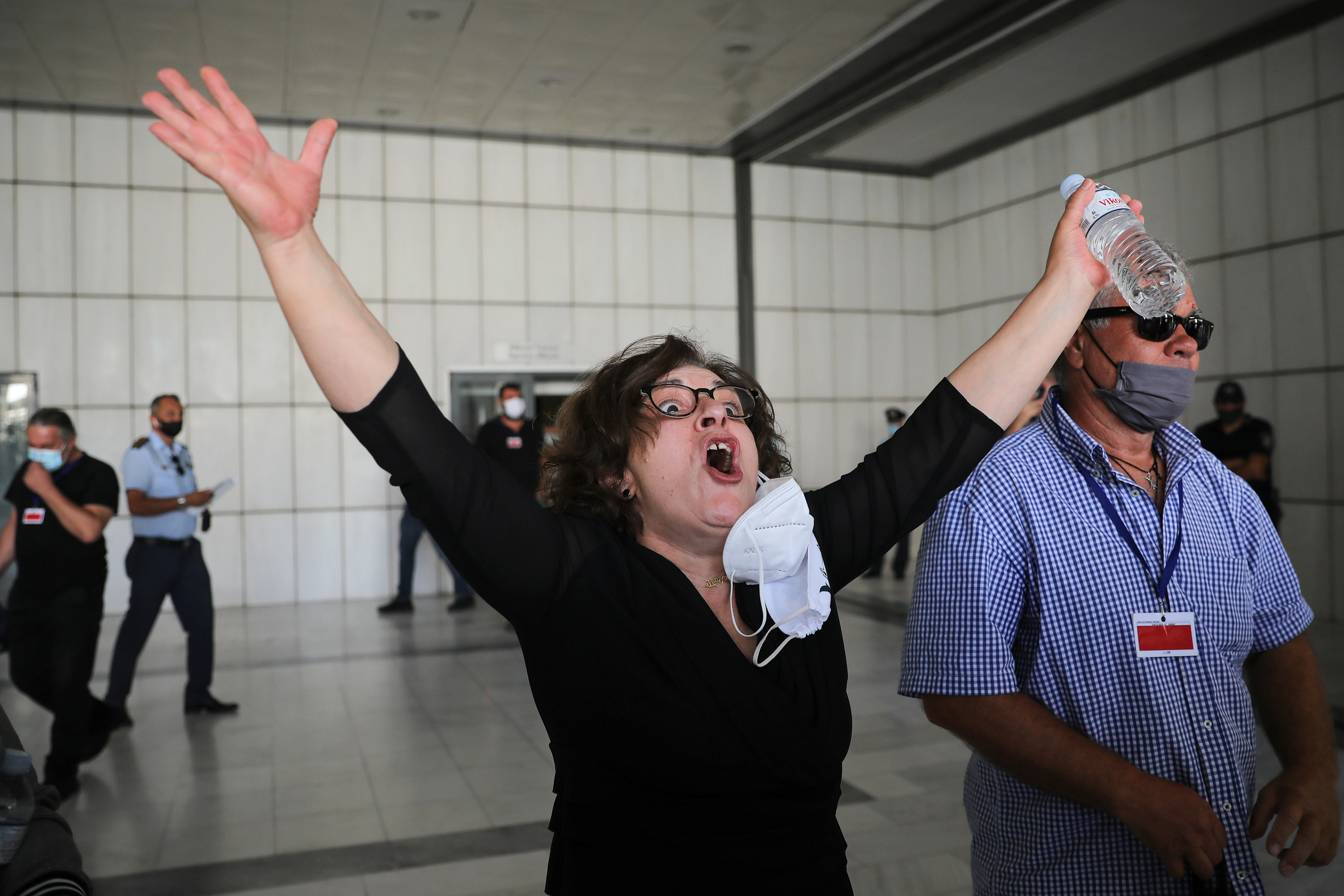 Golden Dawn was founded in the 1980s as a neo-Nazi organization, but grew in popularity on an openly xenophobic platform in the aftermath of the 2008 Global Financial Crisis, going on to become Greece's third largest party in parliament.

At its political peak around 2012, the party won 18 seats in the 300-seat parliament and three years later, sent three deputies to the European parliament.

However, amid accusations of organized violence and intimidation, scores of confirmed and alleged party affiliates, including 18 former Golden Dawn lawmakers, were charged as being members of a criminal group, with the trial getting under way in April 2015.

The Greek court had been considering four cases against party members and supporters as one: the deadly stabbing of Fyssas, attacks on migrant fishermen, assaults on left-wing activists and whether or not Golden Dawn was operating as a criminal organization.

Among those convicted is independent European deputy Yiannis Lagos, who left the party last year; the party's former spokesperson Ilias Kasidiaris; and a dozen other senior party members elected to parliament.

Also on Wednesday, party supporter Giorgos Roupakias was found guilty of murdering the anti-fascist musician, while 15 others were convicted of conspiracy in his death.

The court also handed down judgments for two other assault cases involving Golden Dawn members, among other convictions.

The rulings now set the stage for trials to proceed, as the court looks into individual charges for the murder and other violent attacks.

Only 11 of the 68 defendants were present in the courtroom, while none of the former Golden Dawn lawmakers was there in person for the verdict.