Community rallies for a locked-down child in need
Gary Parkinson 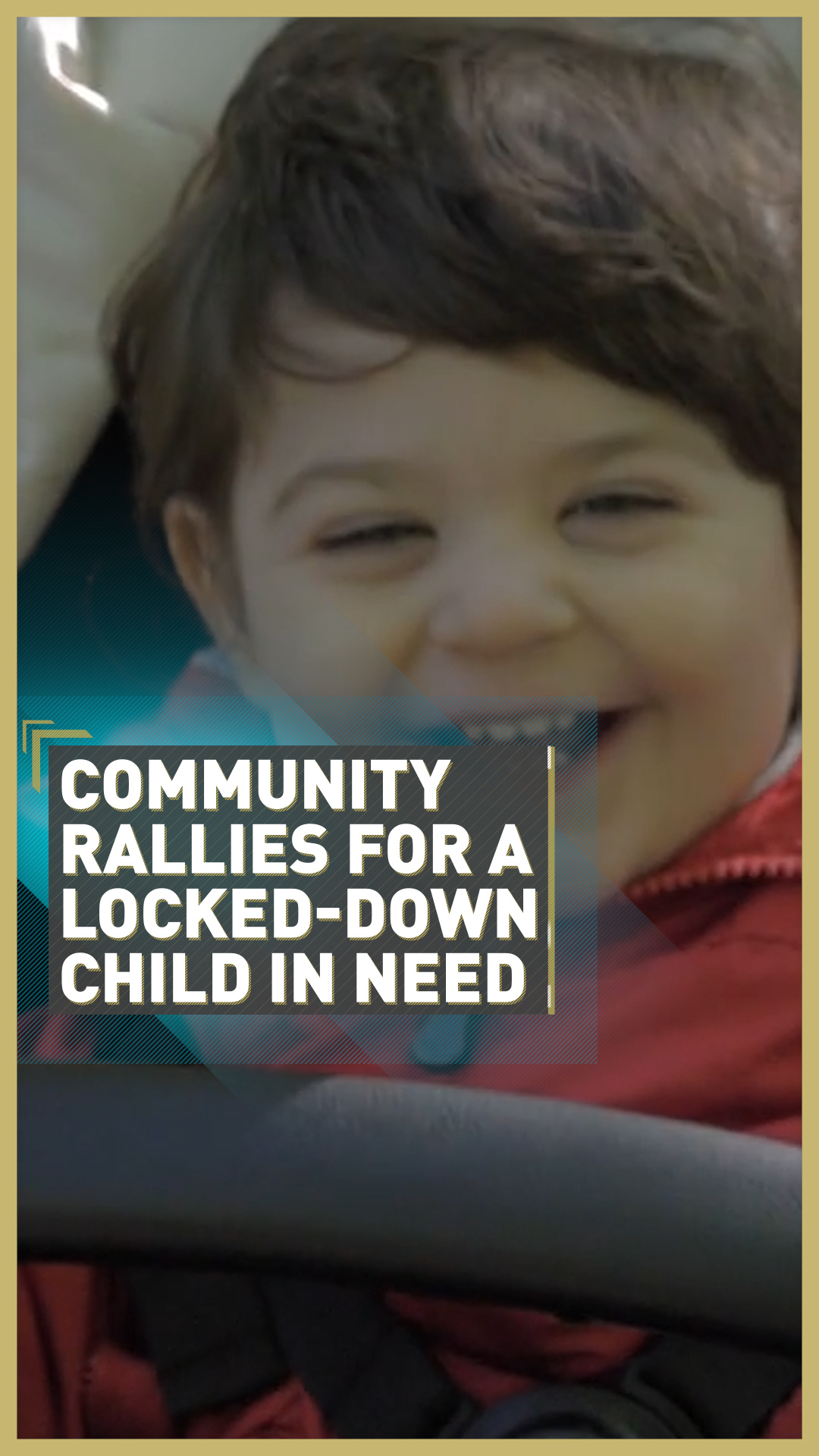 In late February, CGTN Europe detailed how global rare-disease experts had collaborated on a "hackathon" in an attempt to help two-year-old Michael Pirovolakis, who has been diagnosed with a rare neurodegenerative condition.

Spastic paraplegia type 50, or SPG50, is a disorder caused by a missing protein in the AP4M1 gene. It threatens to degenerate the toddler's brain, throttling his ability to move, speak or even breathe.

SPG50 is too rare for scientific concerns like pharmaceutical companies to economically seek a cure – and as Michael's father Terry tells CGTN Europe, a surprisingly high number of people fall into that desperate helpless zone. Terry Pirovolakis with his son Michael, whose condition has inspired a community to help. /Pirovolakis family

Terry Pirovolakis with his son Michael, whose condition has inspired a community to help. /Pirovolakis family

Determined to do whatever they could, the Pirovolakis family raised interest and funds, collecting $1.5 million towards his treatment via gene therapy research – but then COVID-19 came along and halted everything.

"Two of our three research divisions shut down," says Terry. Not only that, but lockdown halted Michael's vital physiotherapy treatment, involving 11 sessions per week – "so unfortunately, he didn't progress in his development: his spasticity was kicking in more."

Racking his brains for a way to help, Terry remembered that his son loved being in a swimming pool, which aids his movement. Reaching out to a local company called International Pool and Spa Centers, Terry was brought to realize the power of community.

"The CEO was like, 'I love the story, I love the cause – I'm gonna bring my hockey team and build the pool'," says Terry. "So he came with 30 of his friends during COVID-19, we all socially distanced – half in the front, half the back – and they built us a pool in a day." Michael in the pool his community built. /Pirovolakis family

Michael in the pool his community built. /Pirovolakis family

Thinking about it now, Terry still can't help but laugh and shake his head at the memory. "It was amazing to see this love and support that we got from this amazing community: people who didn't even know us showed up, built us a pool, didn't charge us anything, helped a boy who needed help and helped a family that needed help."

While the pool has helped a delighted Michael to maintain his physio, the Pirovolakis family stopped appealing for money as the pandemic spread. "We felt it was inappropriate for us to fundraise during such a hard time – during people getting let go, people not being able to pay their bills, small businesses having troubles. So we just left it: we didn't do any fundraising at all for six months."

With medical bills to pay, Terry needed a way to raise funds in a socially distanced way. "And a friend of mine said, 'why don't you just do a bike ride?' So we started 'Cycle for Michael.'"

Terry is the first to admit he's not exactly built for the Tour de France – "I'm about 280 pounds [127 kg], a 6ft 3in couch potato," he laughs – but he has a winner's determination: "I started off six weeks ago doing about 10 kilometers, and now I'm up to 100 kilometers per day."

He has needed to build up his strength and stamina in order to undertake a fund-raising ride from Toronto to Ottawa. That's 425 kilometers, for which he has a four-day schedule: "Day two and three will be tough – it's supposed to rain non-stop," he grins. And there's a firm deadline at the end: he's going to meet Canada's Prime Minister Justin Trudeau. It's all part of raising awareness as well as money, so the research can help other sufferers of SPG50 as well as Michael.

"Hopefully by the end of the year, we'll be doing safety testing in our gene therapy program," says Terry. "And by this time next year, if everything goes well, we will be treating our children."

For information and to donate please see curespg50.org