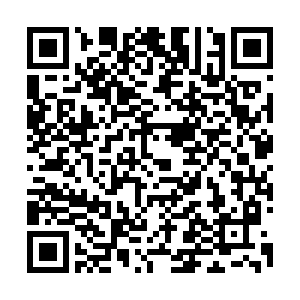 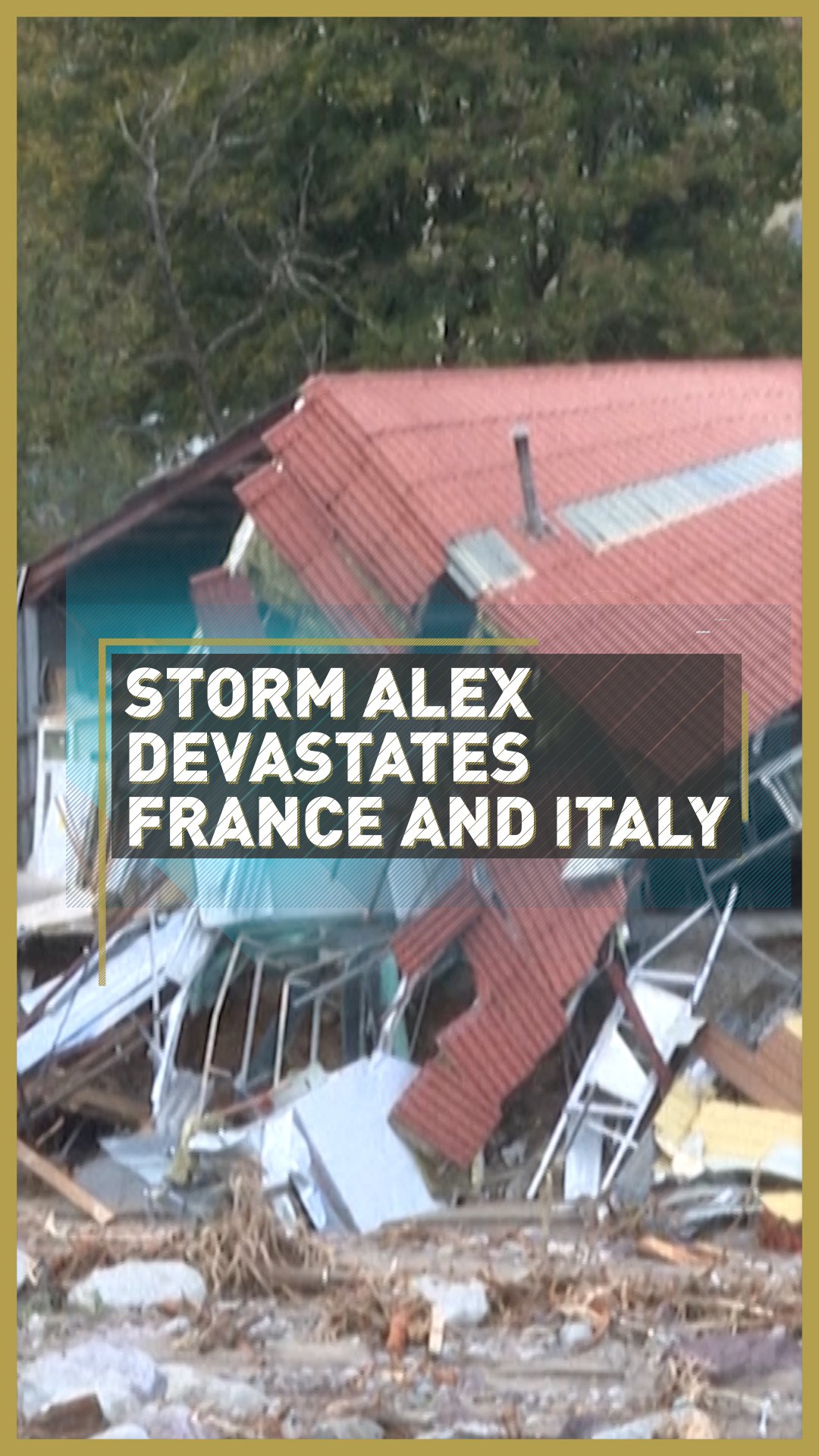 In Italy, at least two people died – a volunteer firefighter in the Aosta Valley and a man whose car was swept into the River Sesia in northern Italy after a road subsided.

The water level in the River Po jumped by three meters in just 24 hours and officials in the Piedmont region reported a record 630 millimeters of rain in just 24 hours in Sambughetto, close to Italy's border with Switzerland.

Dozens of firefighters were trying to reach one village by train after the road was shut, while neighboring Switzerland was also battered with record rainfall and powerful gusts, forcing the closure of roads and mountains.

France suffered its first fatality on Sunday, a shepherd whose body was pulled from a river near the border. French authorities said at least eight people were missing, including two firemen whose vehicle was carried away by a swollen river, according to local witnesses.

Army and helicopters join the effort

The French army and hundreds of rescuers were deployed to search for the missing, including using helicopters to transport aid and evacuate people where possible. An emergency services spokesman in France said that around 40 people stranded on roads by the landslides had sheltered in an old train station and then been airlifted to safety.

The storm ravaged several villages around the city of Nice on the French Riviera. Nice mayor Christian Estrosi called it the worst flooding disaster in the area for more than a century, after flying over the area by helicopter. "The roads and about 100 houses were swept away or partially destroyed," he told French news channel BFM.

"I do not hide from you our deep concern about the final outcome of this episode," said prime minister Jean Castex, adding "I have been particularly shocked by what I saw today." Amid concerns that the death toll could rise, Castex said that the government had triggered its emergency plan for handling natural disasters. 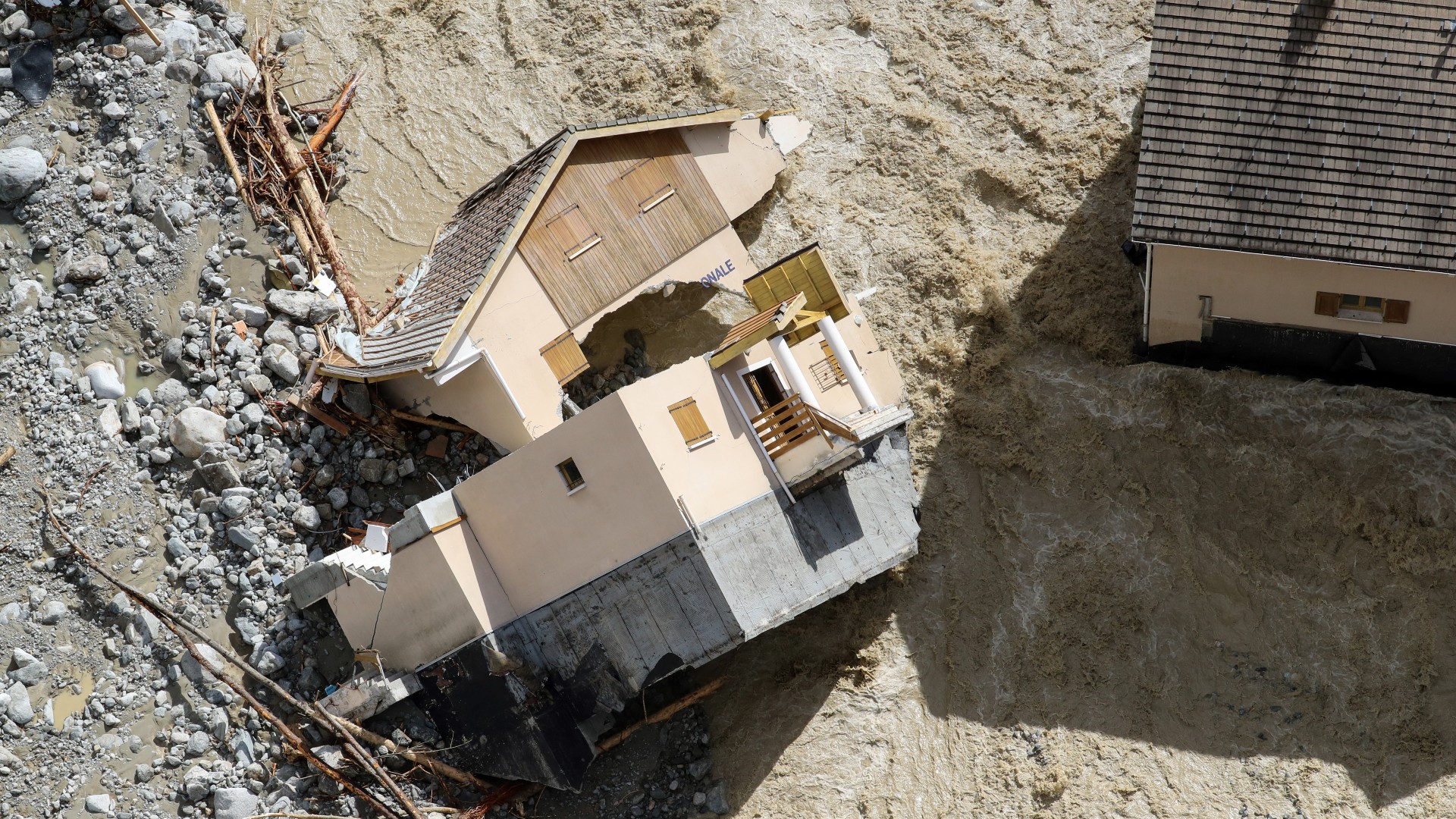 In Breil-sur-Roya, a French village close to the Italian border, houses were buried in mud and turned-over cars stuck in the riverbed. Rescue efforts were concentrated on the Roya valley where roughly 1,000 firefighters, backed by helicopters and the army, resumed their search for survivors and helped people whose homes were destroyed or inaccessible.

Eric Ciotti, a member of French parliament who is from one of the worst affected villages in the area, Saint-Martin-Vésubie, said several villages were cut off in the mountainous region's steep-sided valleys. "The situation is catastrophic in some communes," Ciotti said.

Meteo France said that 500 millimeters of rain was registered over 24 hours in Saint-Martin-Vésubie, with close to 400 millimeters falling in several other towns – the equivalent of more than three months of rain at this time of the year.

Authorities in the southern Alpes-Maritimes region had been placed on alert Friday and around 12,000 people in three valleys to the north of Nice were without power early Saturday afternoon. France has now declared the region a natural disaster zone.

Houses 'perched above the void'

Roads had been washed away by the waters leaving buildings teetering above the voids. "You can also see a few houses that are perched above the void because the riverbed has washed away the road," said a fire brigade spokesman.

"We have actually had houses wiped out," said Alpes-Maritimes prefect Bernard Gonzalez. "What we are going through is extraordinary."

"My three-story house, it's in the river," said villager Sandra Dzidt, 62, who had to flee the floods dressed only in her nightgown. "All I have left is a tiny piece of wall and a door." 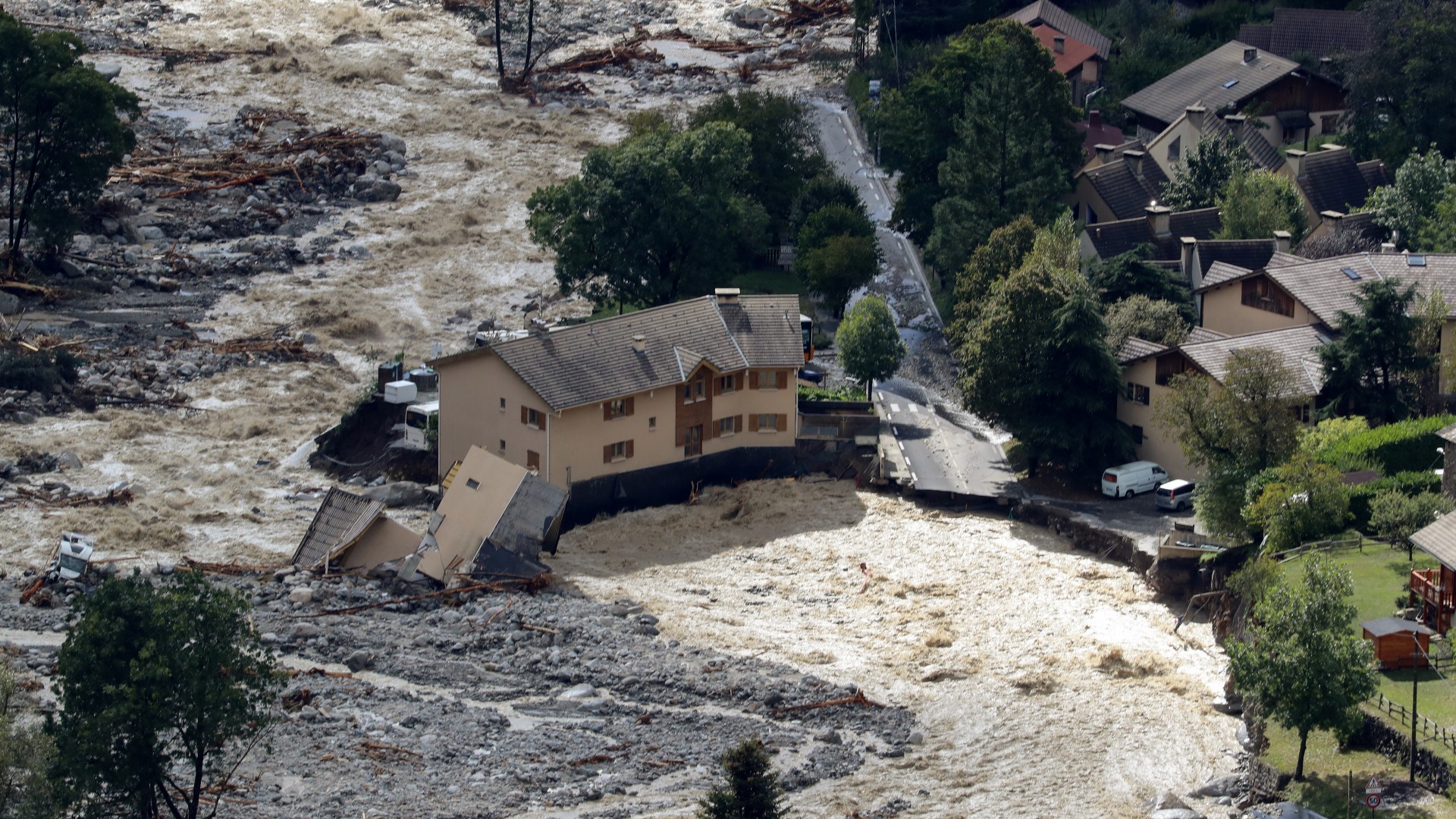 This aerial view shows the damage in Roquebilliere after heavy rains and flooding hit the Alpes-Maritimes department. /Valery Hache/AFP

This aerial view shows the damage in Roquebilliere after heavy rains and flooding hit the Alpes-Maritimes department. /Valery Hache/AFP

"We are thunderstruck. We saw the (river) Vesubie burst its banks – everything was swept away, including part of the old iron bridge," said Serge Franco, a resident of the Alpes-Maritimes village Roquebilliere.

"My house is habitable but half of my land has been swept away," said another resident, Guillaume Andre, who was evacuated overnight but returned to see the devastation after daybreak.

"I lost everything but we are alive," said Roquebilliere resident Jennyfer. "There must be one room left in my house."

"The firefighters did not have enough rope, and even with our rope we could not reach the house, so it was too late to get to them and the house was suddenly swept away," added resident Patrick Theus.

Gonzalez called on the families of the missing not to give up hope. "Just because their loved ones haven't been able to get in touch doesn't mean that they have been taken by the storm," he said. Many landline and some mobile phone services were disrupted, with some villages using satellite phones to communicate with rescue services.

Despite forecasts of more rain, Gonzalez insisted that rescue efforts were to continue throughout Sunday. "The helicopter procession will continue all day long," he said. 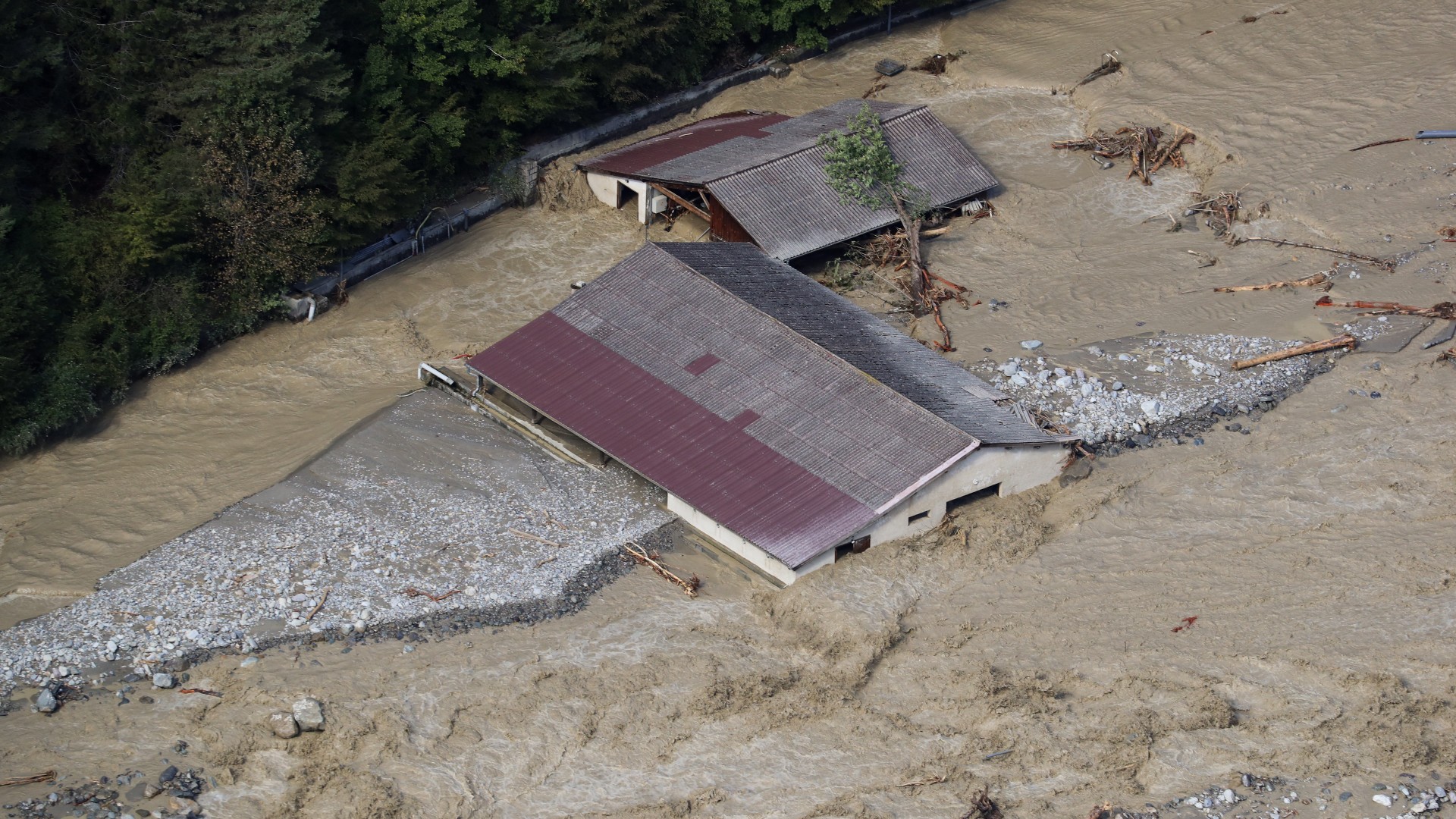 Director of civil protection Jérémy Crunchant said there was heavier rainfall than on 3 October 2015, when floods caused the death of 20 people in and around the French Riviera city of Cannes.

The presidents of Italy's Piedmont and Liguria regions signed a joint letter calling on the government to declare a state of emergency with several villages cut off. The mayor of the northern Italian city of Ventimiglia, Gaetano Scullino, said "a disaster of this kind has not happened since 1958."

Cirio added Italy was already struggling to cope with the effects of the coronavirus which has left some 36,000 dead and shattered the economy over the past six months.

"We are already in an extraordinary situation," he said. "Because of the pandemic the region will this year receive 200 million euros ($234 million) less in tax receipts. If the state does not intervene we shall not recover."

Meanwhile in Venice, a long-delayed flood barrier system including a network of 78 artificial dykes successfully protected the lagoon city from a high tide for the first time on Saturday, bringing huge relief following years of repeated inundations.