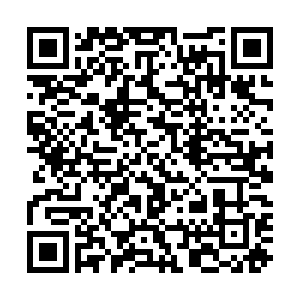 - The Coalition for Epidemic Preparedness Innovations (CEPI), a non-profit organization, has launched a global laboratory network to allow scientists and drug makers to compare and analyze potential vaccines and speed up the selection of the most effective ones. Initially there will six labs worldwide, with three of them (the UK, Italy and the Netherlands) in Europe.

- Denmark is to cull up to one million mink after finding more infections among farms that breed the animals for their fur.

- Face masks will be made mandatory in all outdoor spaces in the Italian capital Rome and the surrounding Lazio region, following a spike in new infections.

- The UK's reproduction, or R, rate has risen to between 1.3 and 1.6, despite the country's Office for National Statistics saying there was evidence the increase in new infections was slowing down.

- Slovakia's number of new infections rose by 797 in the past 24 hours, the highest daily tally recorded since the start of the pandemic. Prime Minister Igor Matovic described the situation as "extremely serious."

- Scotland's first minister, Nicola Sturgeon has called for the resignation Margaret Ferrier, an MP who took a train from London to Scotland after testing positive for the virus, calling her actions "utterly indefensible."

- Swedish clothes retailer H&M has announced it will close 250 of its 5,000 stores worldwide due to the economic impact of the pandemic.

- A total of 15.7 million foreign tourists visited Spain between January and August, around 73 percent fewer than in the same period last year, according to the country's National Statistics Institute (INE).

- Norwegian oil and gas firm Equinor has confirmed plans to cut its exploration staff by up to 30 percent by 2023 due to the dive in demand for petroleum, partly attributable to fewer people traveling during the pandemic.

- France may be forced to put the country's capital Paris on "maximum virus alert" if cases continue to surge in the coming days, Health Minister Olivier Veran said. Restauranteurs and their staff in Paris banged pots and pans outside their restaurants on Friday in protest of the expected decision.

- The UK has added Turkey and Poland to its quarantine list from Saturday, meaning people returning from those countries will have to self-isolate for 14 days. 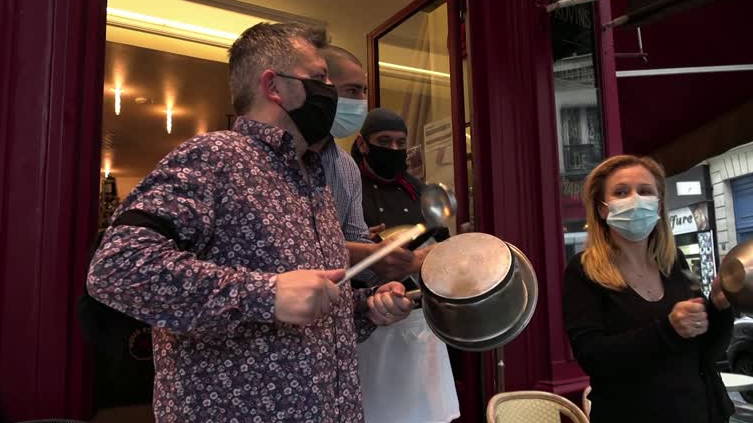 Restaurateurs and their staff in Paris banged pots and pans outside their premises on Friday, urging the government not to put the country's capital on 'maximum alert'. /Reuters

Restaurateurs and their staff in Paris banged pots and pans outside their premises on Friday, urging the government not to put the country's capital on 'maximum alert'. /Reuters

My main focus is on ensuring, that the ... mink farms do not become an infection risk for people
-  Mogens Jensen, Denmark's environment and food minister

As Britain's second wave gathers pace, a UK lawmaker from the Scottish National Party is facing calls to resign after she admitted to breaking the law by traveling from London to Glasgow on a train after testing positive for the coronavirus.

The party's Westminster leader urged Margaret Ferrier "to do the right thing" after it emerged she had spoken in the House of Commons on Monday after traveling from Scotland, despite showing symptoms and taking a test over the weekend. The Scottish First Minister Nicola Sturgeon, the SNP's overall leader, revealed that she had told Ferrier she ought to resign as an MP, even though they were personal friends.

Meanwhile, Liverpool and other parts of northern England are joining the government's list of places where mixing of households will be banned and health officials have described London as being "at a tipping point" as COVID-19 cases in the capital continue to rise.

On Friday, the latest UK reproduction, or R, numbers will be released along with an important infection rate survey.

CLICK: THE SELF-SAILING CREWLESS SHIP LOOKING TO TAKE VOYAGING TO THE NEXT LEVEL

The French health secretary has warned Paris that if the numbers of people testing positive for the coronavirus and the percentage of intensive care beds being occupied by COVID-19 patients continue to increase, then further restrictions could be imposed, including the possible closure of all bars and restaurants in the capital.

Paris has already passed the threshold for being categorized in the maximum alert zone. Officials from mayor Anne Hidalgo's office are set to meet government ministers on 4 October to assess the situation.

Lyon, Lille and Grenoble could also be reclassified next week as being on "maximum alert" if the situation in those major cities continues to deteriorate. 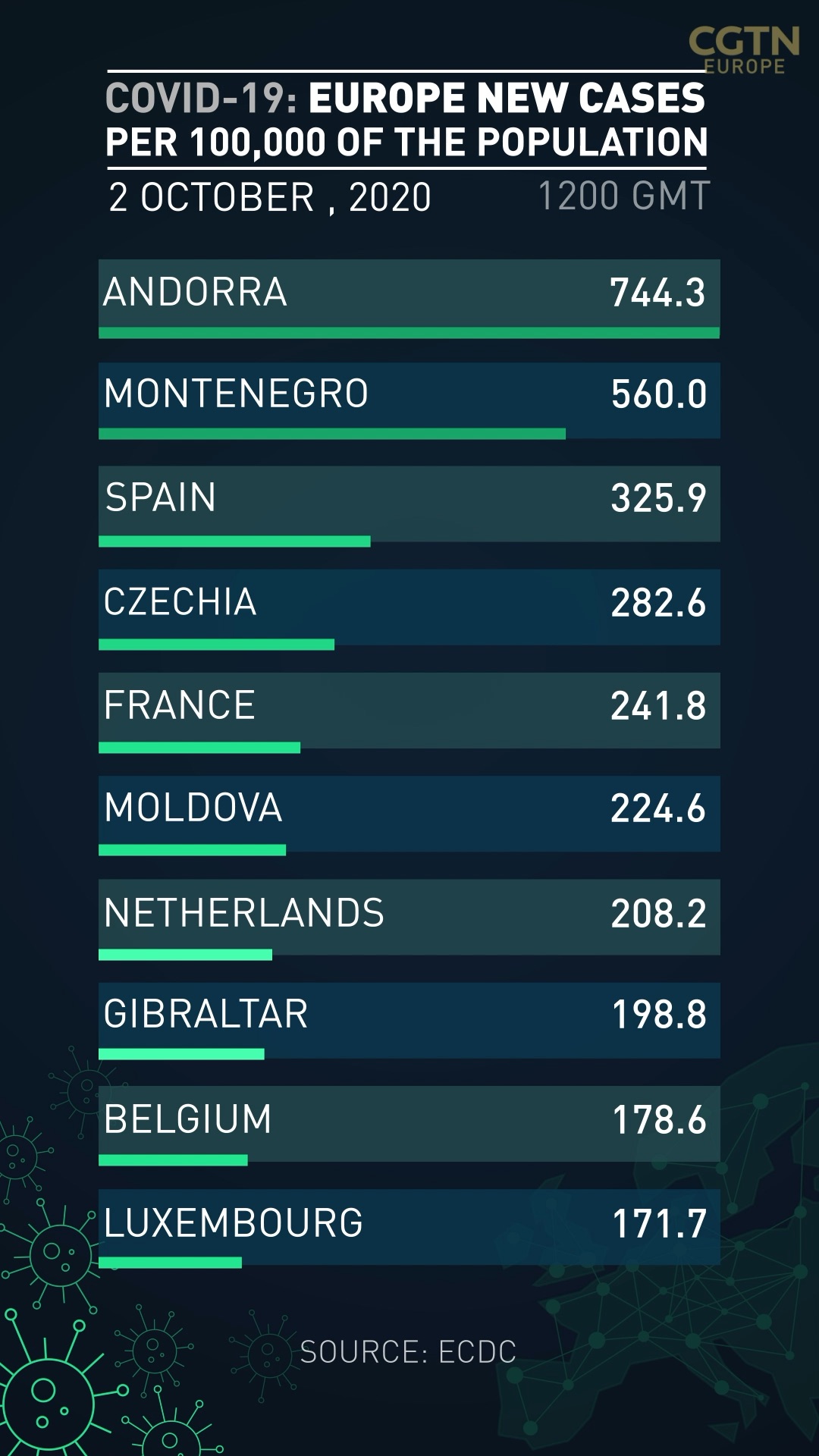 The province of Antwerp is charting its own coronavirus prevention course after the national government relaxed the rules as of 1 October.

The provincial governor, Cathy Berx, said the province will extend its face mask requirement to include school zones.

Face coverings will be required within a radius of 200 meters from all school entrances and exits, including at universities and adult education centers.

Antwerp has been among the hardest hit in this second wave of infections with a test positivity ratio over 5 percent. Meanwhile, the average number of new daily infections in Belgium has doubled in the past two weeks.

In September, the number of registered coronavirus infections in Hungary quadrupled, from 6,257 to 27,309.

Seven times more patients are on ventilators than there were at the beginning of September (then seven, now 52), while 165 people have died in the past month.

Experts say the level of testing in Hungary is still far below what is required to curb the spread of the virus.

According to official data, a total of 11,167 new samples were taken on Tuesday and 11,972 on Wednesday.

These numbers don't come close to that of some neighboring countries such as Austria, but even fall short of the Hungarian daily testing record of 13,461 in March.

The number of daily COVID-19 cases has increased once more. On Friday, Germany registered 2,673 new cases of coronavirus, the highest daily rise since April, bringing the total to 294,395. There were also eight more deaths, increasing the death toll to 9,508.

On Friday, Germany's vaccines regulator is expected to announce a new covid-19 vaccine clinical trial. It is called Phase I and it comes after Germany allocated $745 million to fund the pharmaceuticals BioNTech and CureVac's research on the coronavirus vaccine.

The purpose is to speed up their work and expand German production capacity. 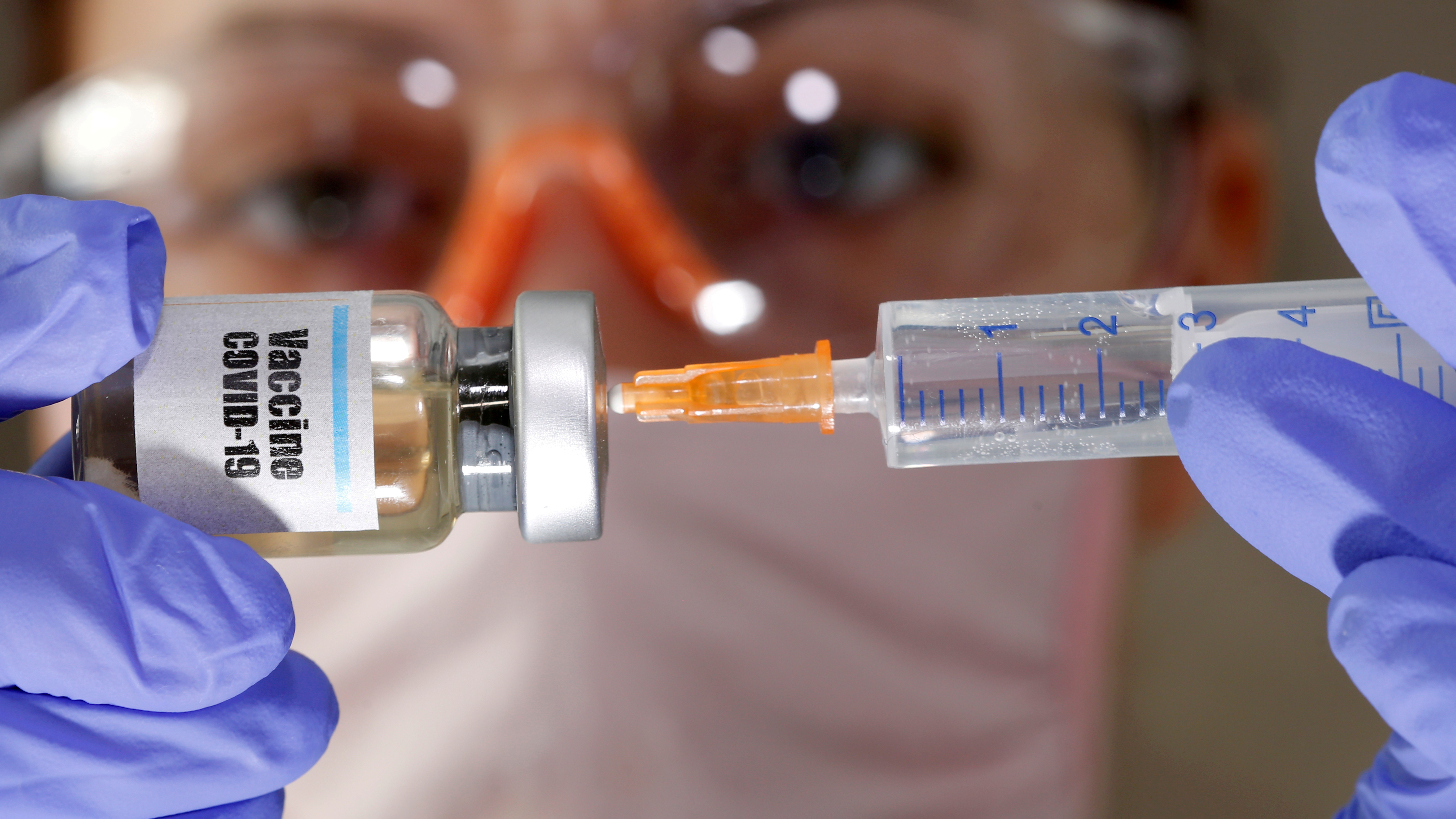 The CEPI has launched a global laboratory network that will centralize analysis of potential COVID-19 vaccines. /Reuters

The CEPI has launched a global laboratory network that will centralize analysis of potential COVID-19 vaccines. /Reuters

CGTN Africa: WHO urges protection of elderly persons in Africa amid COVID-19 outbreak