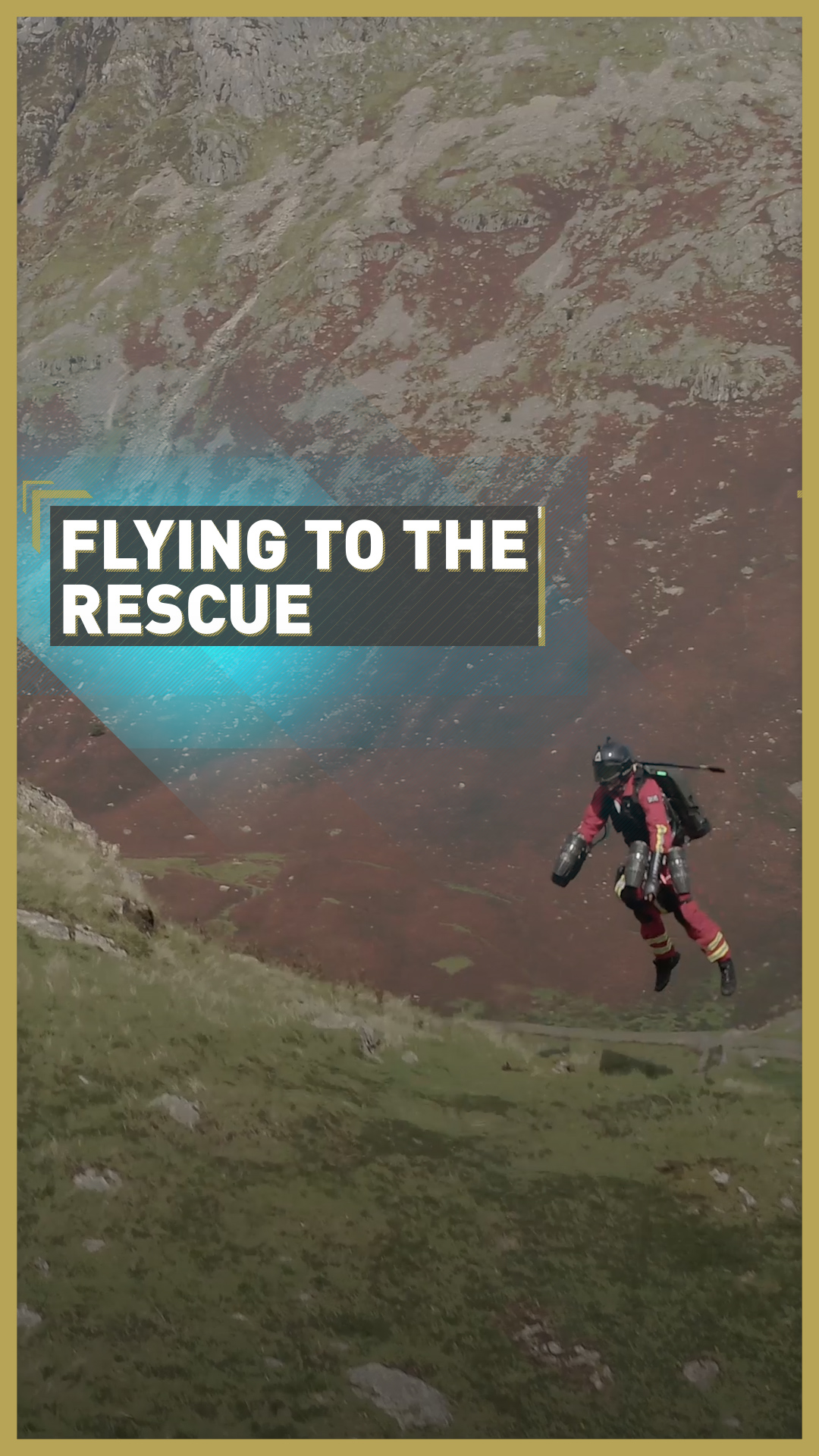 A spaceman-like figure hovers above the rolling hills of England's Lake District, making a humming noise and capturing the attention of the hikers and animals below.

It isn't a cyborg that has paid this rural corner of the UK a surprise visit, it's a paramedic wearing a jet suit to navigate difficult terrain and rescue people in remote areas.

The airborne medic is taking part in a trial to determine whether jet suits could help medical services reach people faster than ambulances or helicopters during emergency responses. Jet suit paramedics could become a common sight in the Lake District. /GNAA

Jet suit paramedics could become a common sight in the Lake District. /GNAA

The jet suit is the creation of UK-based Gravity Industries, which has spent 12 months working alongside the Great North Ambulance Service (GNAAS) to develop the technology for medical use.

Andy Mawson, director of operations and and paramedic at GNAAS, identified the Lakes, in the northwest of England, as a possible location for a jet suit paramedic after studying the charity's own call-out data.

He said: "It showed dozens of patients every month within the complex but relatively small geographical footprint of the Lakes.

"We could see the need. What we didn't know for sure is how this would work in practice. Well, we've seen it now and it is, quite honestly, awesome."

The jet pack can reach a top speed of around 56 kilometers per hour and climb to a maximum altitude of around 3,660 meters. A test simulation involved a 10-year-old girl who had fallen down cliffs and sustained a serious leg injury. 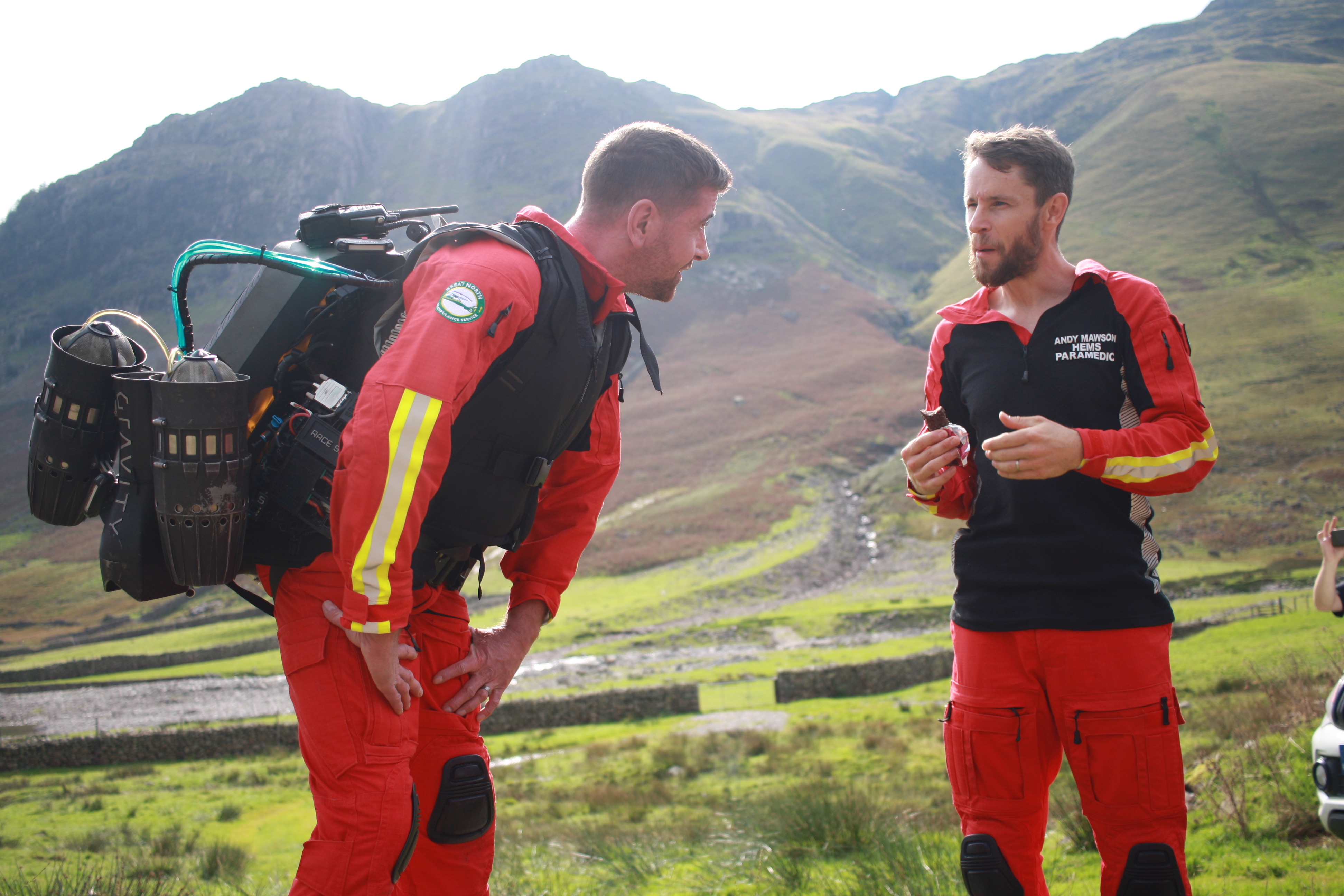 Andy Mawson, director of operations and paramedic at GNAAS, left, and the inventor of the jet suit, Richard Browning, have been working together to see how the technology could be adapted for medical use. /GNAA

Andy Mawson, director of operations and paramedic at GNAAS, left, and the inventor of the jet suit, Richard Browning, have been working together to see how the technology could be adapted for medical use. /GNAA

The creator of the jet suit, Richard Browning, was able to obtain coordinates and then fly to the scene in just 10 minutes. The same journey would have taken responders 25 minutes on foot.

According to the Lake District Search and Mountain Rescue Association, the number of incidents requiring emergency responses in 2019 was 584.

Richard Browning, says he's excited by the potential of his creation for emergency services.

"It was wonderful to be invited to explore the capabilities of the Gravity JetSuit in an emergency response simulation and work alongside the team at GNAAS. We are just scratching the surface in terms of what is possible to achieve with our technology," he said.