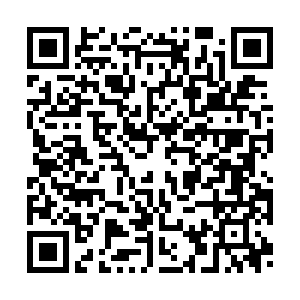 - Germany's Chancellor Angela Merkel said she will do everything in her power to avoid another national lockdown but admitted "a difficult phase is ahead."

- Both Czechia and Slovakia have announced a state of emergency as they try to control a spike in infections.

- Norway is to allow larger crowds at sporting events, while many amateur sports team sports will be able to resume from 12 October.

- The World Health Organization has accused countries lacking an effective track-and-trace app of "losing sight of the enemy."

- The Netherlands has urged its citizens to wear face masks in public places where social distancing is difficult, going back on the government's previous opposition to masks.

- Finland's government has ordered all bars and restaurants to close at 1 a.m. and will stop all alcohol sales at midnight on 8 October in a bid to slow the spread of the virus.

- Hundreds of junior Spanish doctors took to the streets of Barcelona on Tuesday to call for better working conditions as infections surge in the region.

- Vaccine manufacturer GlaxoSmithKline is optimistic the industry will be able to make an immunization against the virus available next year, according to the company's CEO Emma Walmsley.

- Liverpool and Spain footballer Thiago Alcantara has tested positive and will remain in self-isolation for "the required period of time."

- Former Ukraine President Petro Poroshenko has announced he tested positive for the virus and is undergoing treatment at home.

- Ukraine's new infections rose by 4,027 in the past 24 hours, the highest daily figure recorded in the country since the pandemic began. 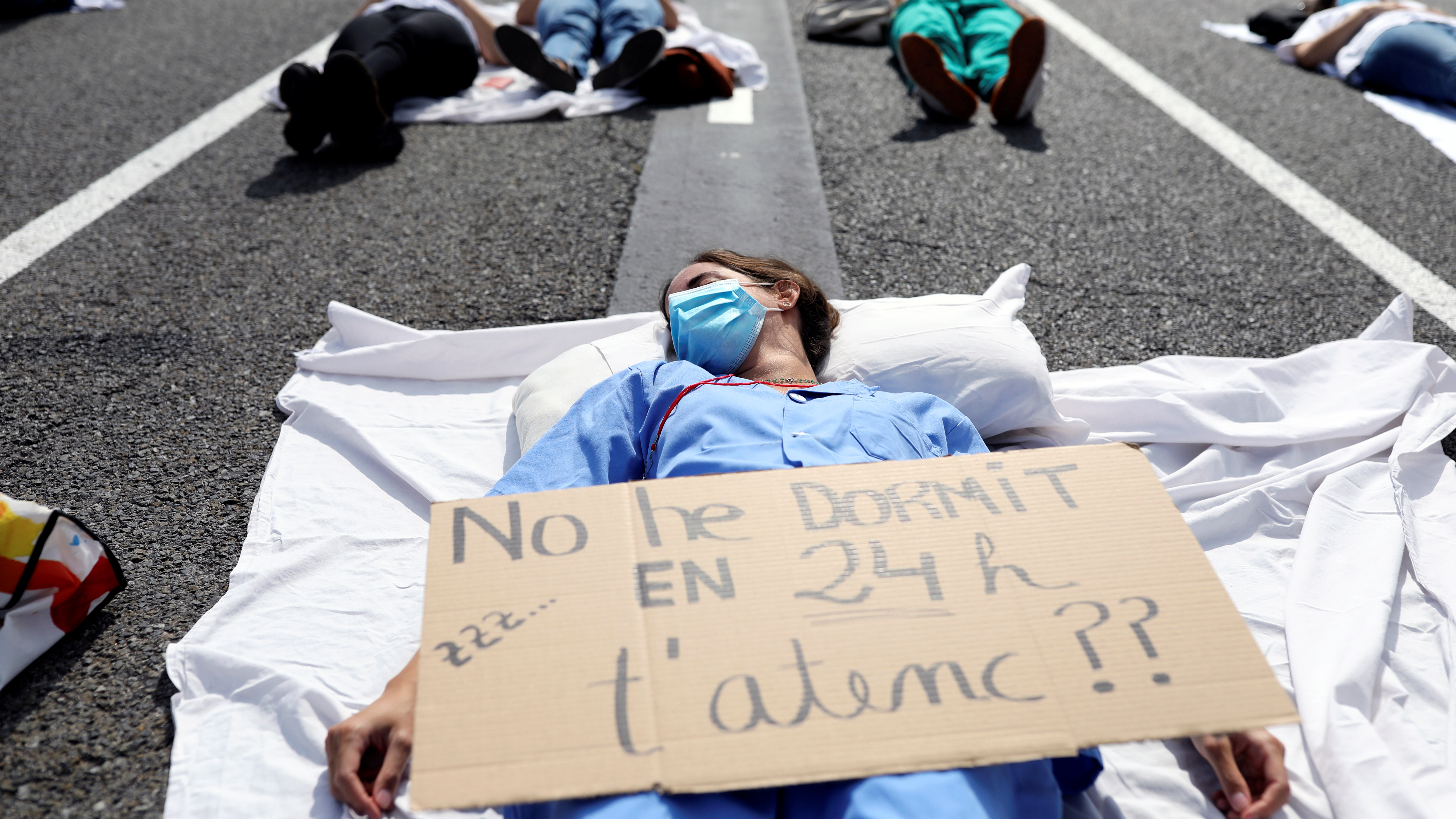 Hundreds of junior Spanish doctors took to the streets of Barcelona to call for better working conditions in the region's hospitals. /Reuters

Hundreds of junior Spanish doctors took to the streets of Barcelona to call for better working conditions in the region's hospitals. /Reuters

What we wish to do is give the whole of the Netherlands some clear, urgent advice
-  Mark Rutte, Netherlands Prime Minister

The situation in Paris is worsening as figures show the French capital is approaching the limits that would force the health ministry to reclassify the city as being in "maximum alert" status.

This would mean there could be a total closure of all bars and restaurants to try to control the surge in numbers of new coronavirus infections. Paris is currently on "heightened alert" and the mayor's office has warned that "of the three criteria listed to be reclassified in the next zone, we have now exceeded two."

At the moment, the cities of Marseille and Aix-en-Provence and the French Caribbean island of Guadeloupe are in this "maximum alert" zone.

The German Presidency to the EU has warned that the $2.1 trillion stimulus package to help countries tackle the economic impact of the pandemic is at a risk of stalling. Germany's proposal of linking the access to the funds to adherence to the rule of law is creating a serious pushback from Hungary and Poland, which have been criticized for not following the democratic rules of the bloc.

On Wednesday, diplomats will meet in an attempt to reach a deal on Germany's proposal – the same day as the EU will publish its rule of law report.

If an agreement is not reached, countries in urgent economic strains like Italy or Greece fear the effects of a delayed access to the money. 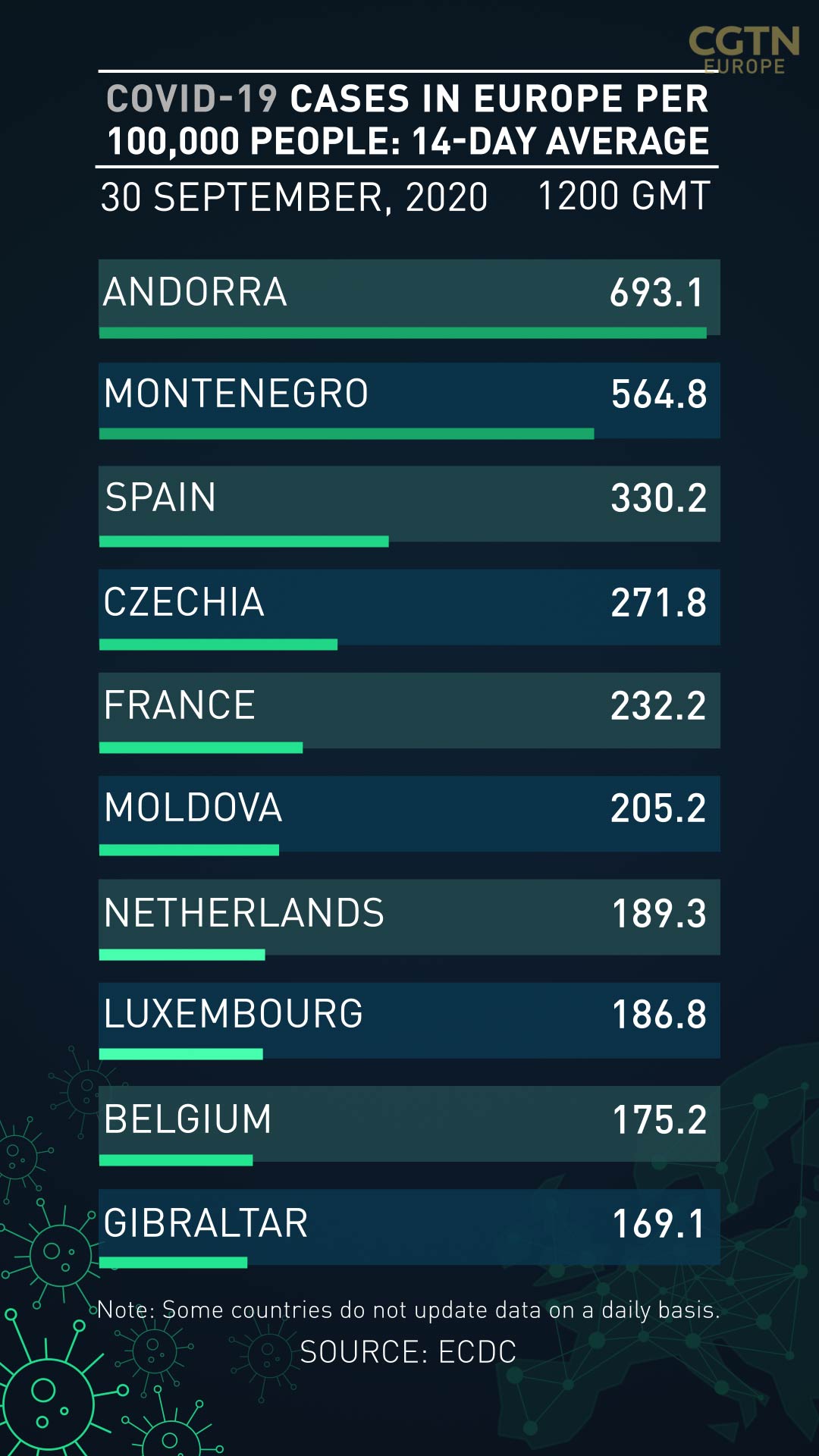 Belgium has passed the grim threshold of 10,000 coronavirus deaths since the start of the pandemic. The country finds itself in the grip of a second wave, but the latest figures appear to show a plateauing in new infections.

To help control the spread, Belgium's coronavirus tracking app, Coronalert, launches today. The new app alerts users if they have come into close contact with someone who has tested positive for COVID-19.

The app can also track who has been to a "red zone" and warn other users if they're closer than 1.5 meters to that person. The app will cut down the time it takes to trace interactions, which is currently done manually.

As the pandemic continues to gather pace in Hungary, options for its citizens to travel inside Europe are becoming narrower, as countries tighten their border controls against Hungarians.

On Wednesday, Hungary recorded 854 new coronavirus cases, and eight people died – 54 people are on ventilators, according to official information.

The UK and Germany already have Hungary on their list of "high risk" countries and Switzerland has become the latest country to add it to theirs, meaning travellers from there must complete a 10-day quarantine.

The Netherlands requires that travelers from Budapest specifically must self-quarantine for 10 days. Hungarians are still able to freely enter Sweden, France, Spain, Portugal, Malta and Turkey by plane. 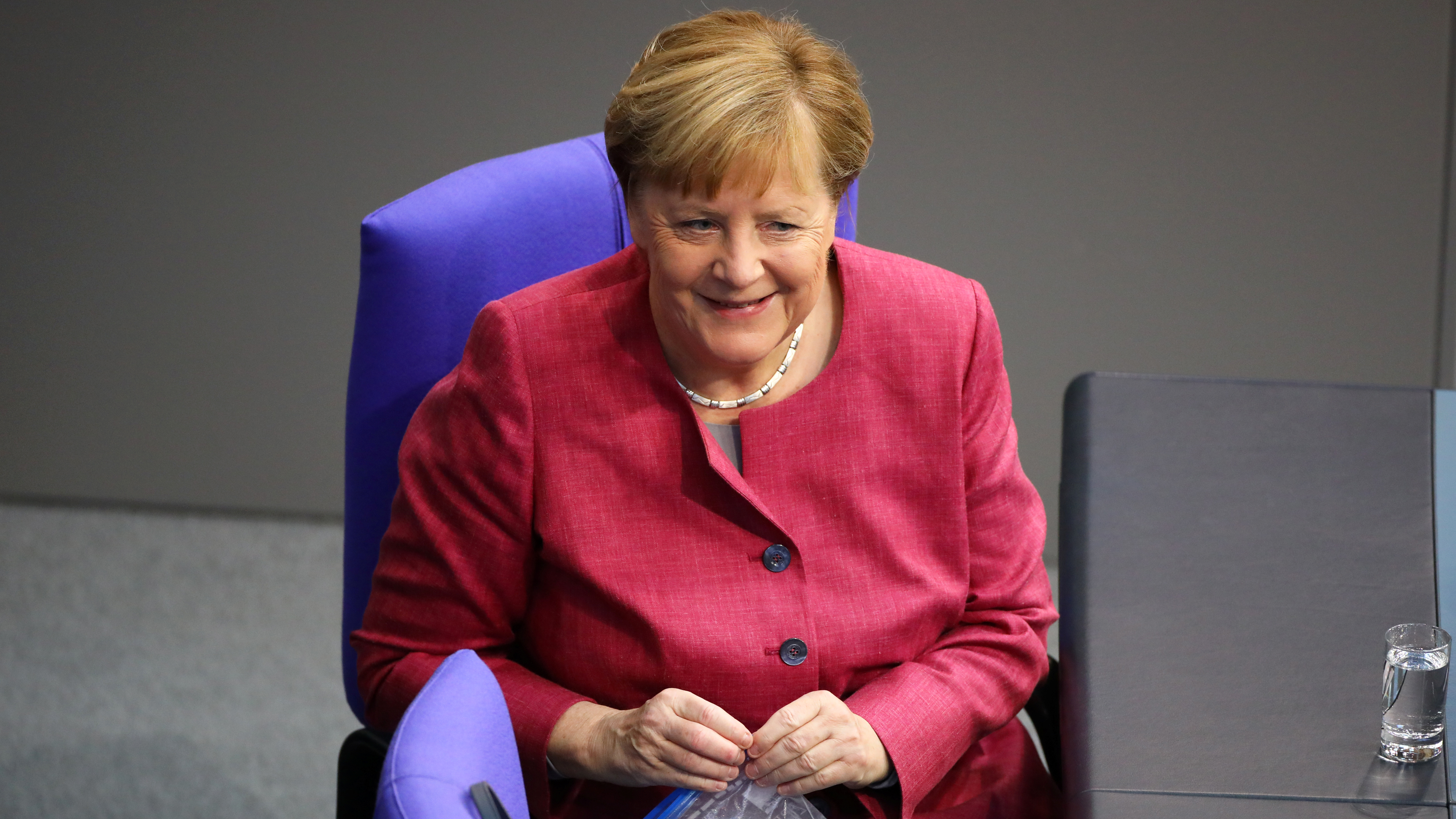 Germany's Chancellor Angela Merkel said her government is doing everything it can to prevent a second nationwide lockdown. /Reuters

Germany's Chancellor Angela Merkel said her government is doing everything it can to prevent a second nationwide lockdown. /Reuters

CGTN Africa: Zimbabwe to charge travelers tested for COVID-19 at ports of entry