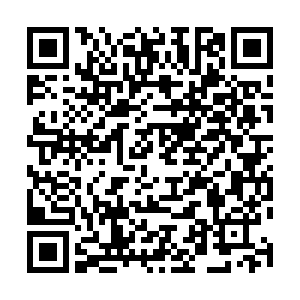 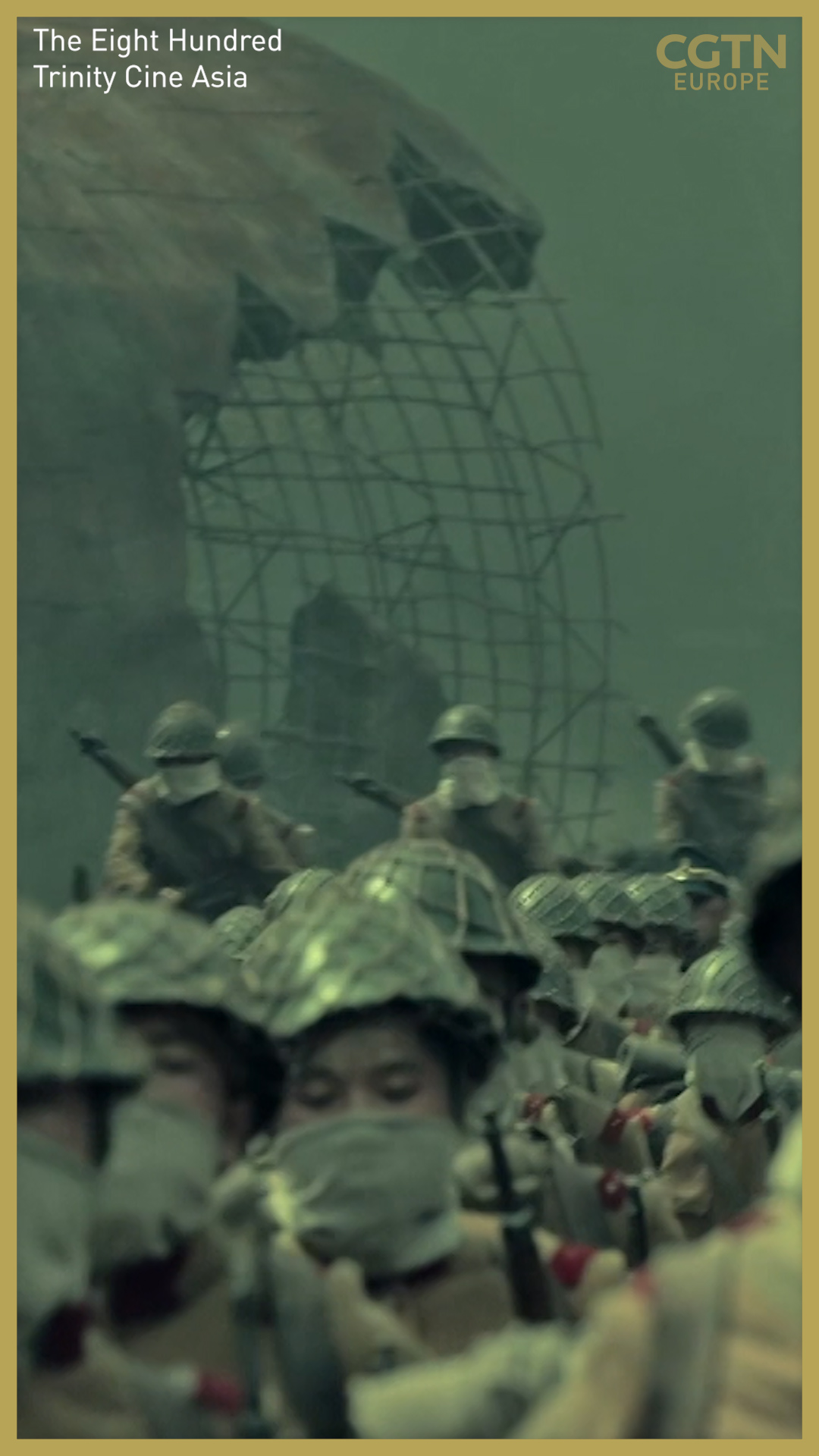 The Chinese blockbuster "The Eight Hundred" is being released in the UK and Ireland this week. The $80 million budget release is the first Asian film shot entirely on IMAX cameras and will be screened at IMAX cinemas in the UK.

While it was an eagerly awaited hit in China, taking nearly $300 million in the first ten days, COVID-19 restrictions meant a pared down premiere in London.

"The Eight Hundred" retells the true story of the four-day defence of Sihang Warehouse in 1937 by a group of Chinese soldiers, a key conflict in the three month-long Battle of Shanghai at the start of the War of Resistance against Japan. The 452 soldiers are known as the Eight Hundred Heroes in Chinese history, their commander exaggerated the number as a morale-boosting measure. 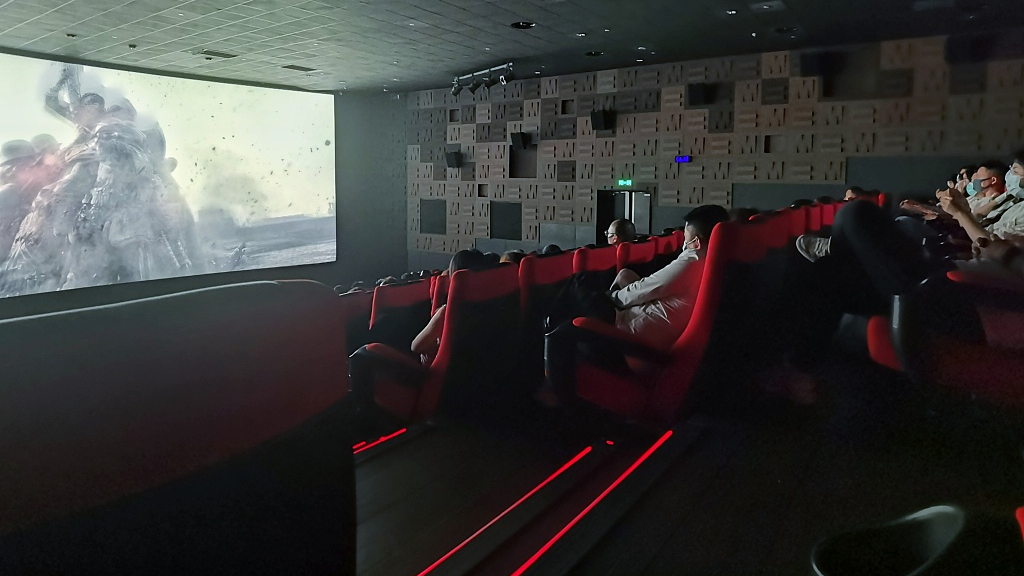 "We wanted to produce a war film with a unique angle," the film's producer  Liang Jing told CGTN Europe, "to focus on the humanity revealed by the war rather than the war itself. The film is about the reflection and experience learnt from failing instead of winning a war."

International communities such as the French and English had a front row view of the battle as it raged across the river from them. That profound divide is shown clearly in the film, which doesn't shy away from the violence of the battle. Desperate Chinese soldiers try to hold onto the warehouse, battling waves of Japanese fighters, all the while a segment of the city continues life as normal.

"Shanghai was all in ruins after the invasion of the Japanese army," the film's producer Liang Jing told CGTN Europe. "People living in the international settlements could enjoy a relatively peaceful life. The British settlement in the film is seen as glamorous. The director wanted to show the sharp comparison between a battleground and normal life nearby." 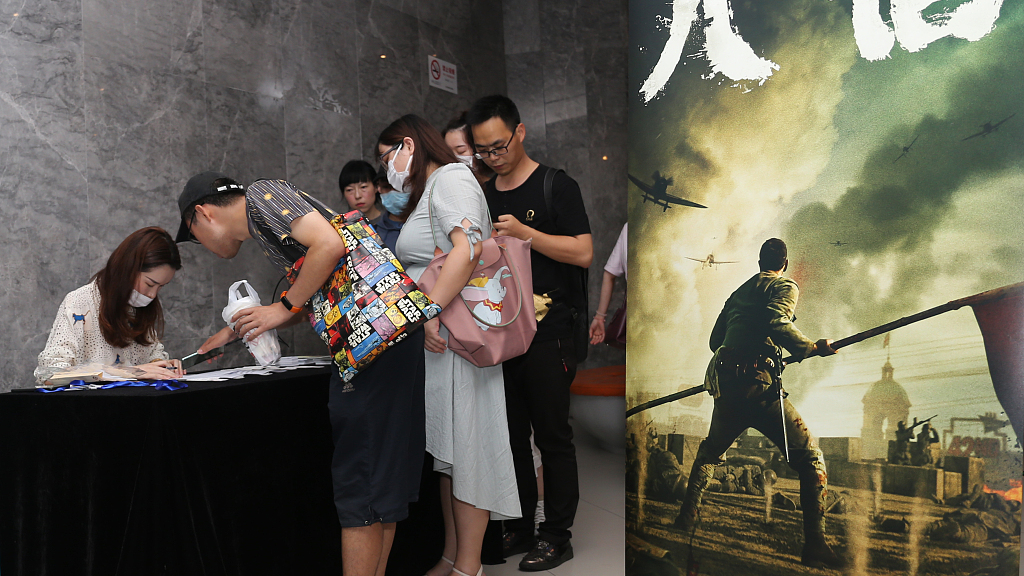 The film is already the second-highest grossing in the world this year. /VCG

The film is already the second-highest grossing in the world this year. /VCG

That director is Liang Jing's husband Guan Hu, who gained international recognition for his 2015 gangster drama "Mr. Six". He has said he shot the film in IMAX as he wanted people to experience the battle in the most realistic way they could.

Success in China means the film is already the second-highest grossing film of 2020 worldwide, even as it heads overseas. The movie was shot over 8 months, beginning in 2017 when a massive set with 68 buildings was created in Suzhou, in China's Jiangsu province. It will now serve as a visitor attraction.

At the London screening viewer Catherine Townsend told CGTN Europe that her parents had spent a decade in Shanghai from the early 1940s and had seen firsthand some of the war's aftermath. "I knew a little of the story but not as much as I should," she said adding that the film was spectacular. "It's definitely a blockbuster."