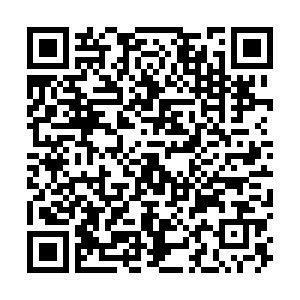 A Belgian artist has raised more than $100,000 for two COVID-19 hospital wards by asking people to fold a piece of paper.

The Origami for Life project was created by Charles Kaisin to raise money for the Erasmus Hospital in Brussels. Kaisin promised to find donors who would match each origami crane submitted by members of the public with five euros ($5.90).

That culminated in a stunning display of 20,000 paper birds at Belgium's Cathedral of St Michael and St Gudula. 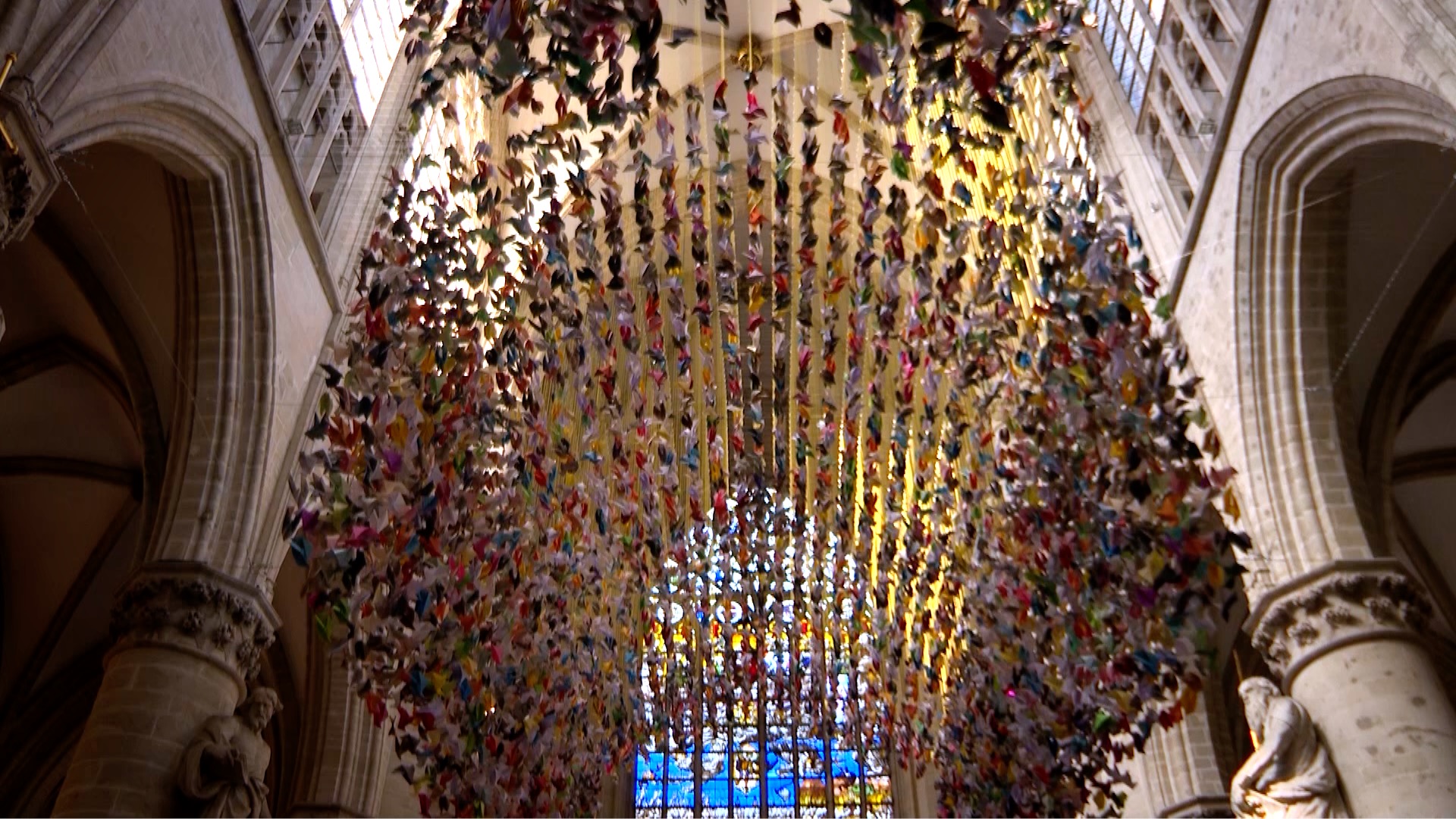 The cranes are now on display at Belgium's KANAL - Centre Pompidou. /CGTN

The cranes are now on display at Belgium's KANAL - Centre Pompidou. /CGTN

People in more than 40 countries took part – from France to the Philippines.

Kaisin explained why the cause was so personal to him: "I chose this hospital because one year-and-a-half ago I had an operation, a heart operation, quite a [serious] one, and I was in the hospital, and the people were very kind… and I decided I wanted to give back something to them."

Staff at the Erasmus Hospital said they were "deeply touched" by the gesture, particularly given the enormous stress they have been under this year. 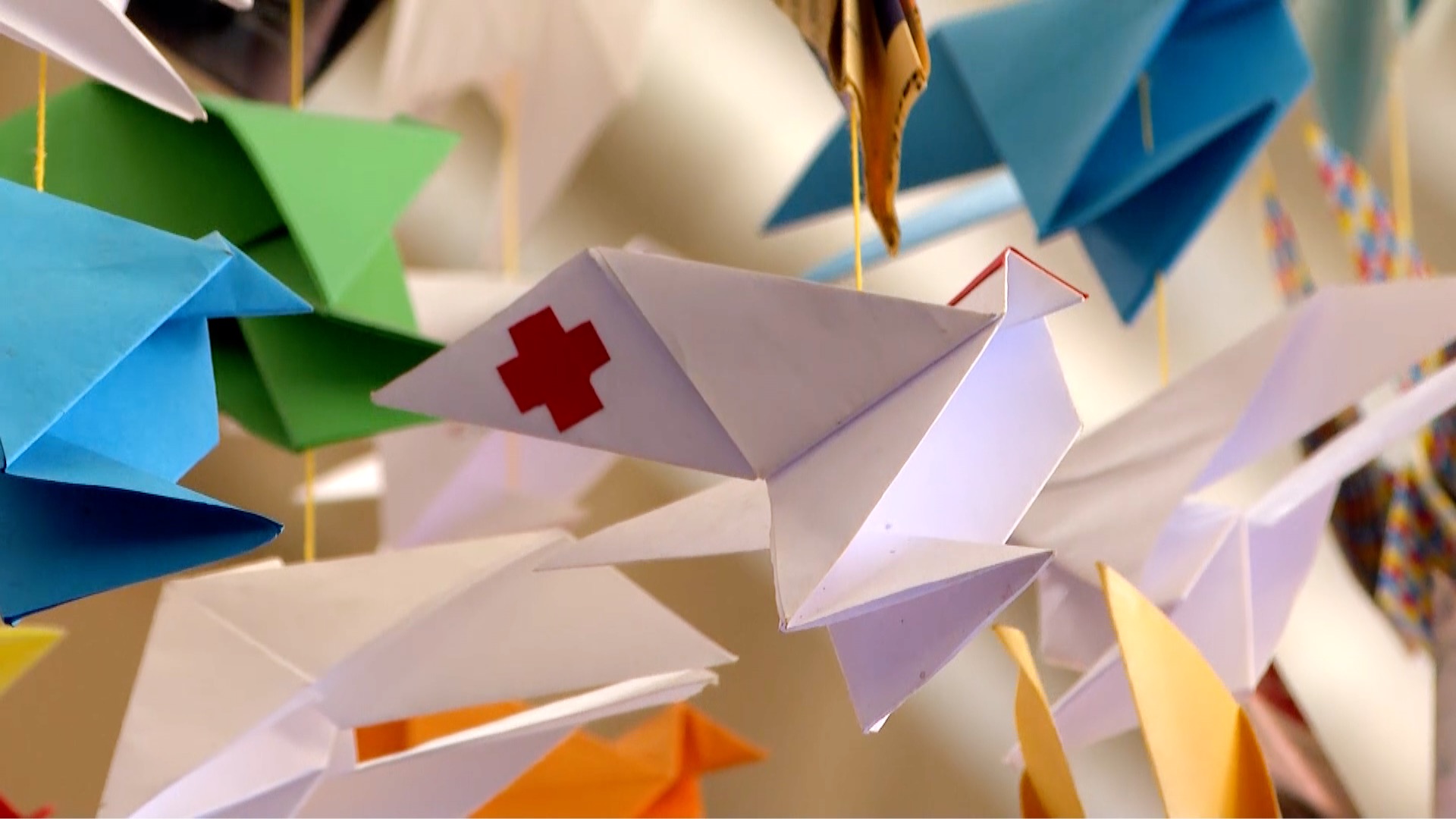 People in more than 40 countries took part in the project. /CGTN

People in more than 40 countries took part in the project. /CGTN

The project has also captured the hearts of the art community, with the installation now on display at Belgium's KANAL - Centre Pompidou.

The art of origami originates from Japan, where it has long had a spiritual connection. An ancient legend says anyone who can fold a thousand origami cranes will be granted a wish by the gods.

And in a year when the arts have been hit hard, Origami for Life is a reminder of the power creativity has to help society.