How can heat-seeking drones help save wildlife?
CGTN 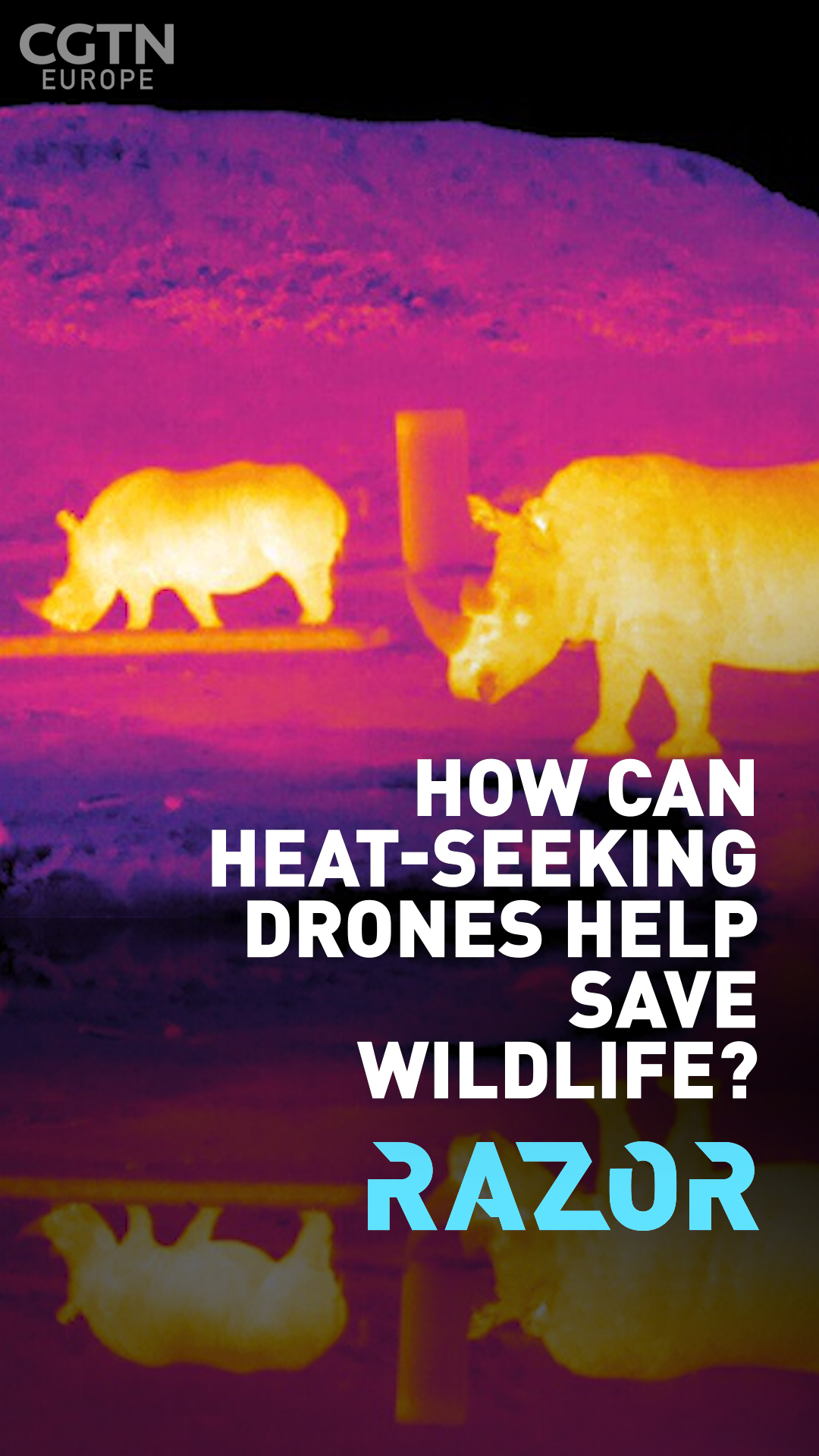 Researchers are using heat-seeking drones in an attempt to preserve the world's wildlife, half of which have been lost because of climate change, habitat destruction and exploitation.

Conservation strategies need accurate species location and population data to intervene in species decline, and scientists at Liverpool John Moores University have been using drones to acquire that important information.

Each animal has a unique thermal fingerprint, and scientists can use heat-seeking drones to find them in their natural habitat without disturbing them.

They hope to use this technology to help various animals, including rhinoceroses.

"In the wild, Rhinos live in these absolutely huge game reserves. With a drone, you can cover a much bigger area than you can on foot.

"With the thermal cameras, it makes it much easier to pick out the animals because they glow so brightly compared to their surroundings...There are only about 17,000 or 18,000 of these rhinos left in the wild, left in the whole world.

"So, it's really important that we preserve these animals and make sure that they don't suffer from the effects of poaching."