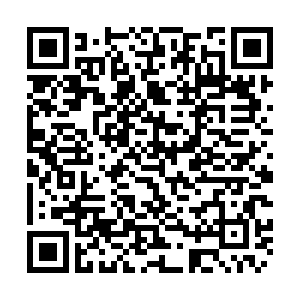 "As a first step, it's important, but one shouldn't exaggerate its significance."

That's the view of John Nilsson-Wright, a lecturer in Japanese politics and international relations at Cambridge University, who spoke to CGTN Europe this afternoon after the UK government announced it had come to an "Economic Partnership Agreement," touted as Britain's first post-Brexit free trade agreement.

Elsewhere, the Wirecard scandal continues at some pace. Investigators in the Philippines are now interested in at least 57 people involved in the corporate fraud at the German payments firm.

Staying in Germany, it's bad news for employees of truck maker MAN, which announced it would likely slash almost 10,000 jobs.

Similar if not worse news was heard by contractors at London's Heathrow Airport, where a third of the 75,000 roles could go, as passenger numbers plummeted in August – more than 80 percent down on last year's summer period.

But let's end on something positive, shall we? It's Friday, after all.

Citigroup has announced Jane Fraser will become the group's first female CEO – and she's going to make quite a splash in February, as she becomes the first woman to lead a major Wall Street bank. To mark the announcement, I've had a look at the most recent data on women in leadership positions in Europe, specifically how Stoxx 500 companies compare. Scroll to the bottom for that.

Happy reading, and enjoy your weekend,

Filippine authorities have said they are investigating at least 57 individuals - both local and foreign - in connection with the Wirecard fraud investigation. The case has focused on the Philippines after the German firm claimed it held $2.1 billion in Manila banks. The banks in question have denied this.

Citigroup's Jane Fraser will become the first woman to lead a major Wall Street firm after the banking giant on Thursday picked her as its next CEO. Fraser is set to take over the top job in February, replacing the retiring Michael Corbat. Fraser's appointment was lauded on social media for shattering Wall Street's glass ceiling and comes amid intensifying focus on the need to diversify U.S. corporate leadership.

A "historic moment" is how the UK government described its new free trade agreement with Japan – the first major deal to be secured by the government post Brexit. Britain says the pact, agreed in principle, means 99 percent of exports to Japan will be tariff-free – boosting trade by around $19 billion. But UK trade expert David Hennig warned, "don't expect drastic changes from the existing" trade deal the EU has with Japan.

A third of the 75,000 jobs at London's Heathrow Airport could disappear if the aviation sector fails to recover. That is the stark warning issued by the airport's CEO, John Holland-Kaye, after it was revealed passenger numbers fell by more than 80 percent in August (compared with numbers of people arriving and departing from Heathrow in August 2019).

This week's U.S. unemployment numbers remained stable at 884,000, but it appeared to be a sign that layoffs remained at high levels as the COVID-19 pandemic continues to impact the U.S. economy. So far, at least 29.6 million Americans were receiving some form of unemployment benefits in August, despite some job creation (or recreation).

German truck maker MAN, which is part of the Volkswagen family, said nearly 10,000 jobs are at risk as the company aims to save $2.1 billion and return on sales of eight percent by 2023. The Munich-based firm said it was also considering moving its base to Austria.

International mining firm Rio Tinto has responded to widespread shareholder concern after the multinational ignored Aboriginal communities' protests and blew up two significant cultural sites. Jean-Sébastien Jacques, who has led Rio since 2016, will step down by March 2021, and two other executives including the head of the unit responsible for dealing with indigenous communities, will also leave.

Figures released by the Office for National Statistics on Friday illustrate the UK's economy has at least started to rebound from its deepest recession on record. GDP continued its upward trend and grew by 6.6 percent during July – this follows growth of 8.7 percent in June and 2.4 percent in May. It is now 18.6 percent higher than its April 2020 low.

Microsoft will move into the cloud gaming space, with Xbox Game Pass Ultimate launching on Monday as a direct challenge to Sony's PlayStation Now platform. The Microsoft subscription service will be priced at just $1 for the first month. Across the industry, cloud gaming revenue is expected to grow to $4.8 billion by 2023, according to analysts at gaming analysis firm Newzoo.

The UK parliamentary Treasury committee threw its weight behind a plan to extend a "targeted" furlough scheme. The current scheme in which the government pays the salary of otherwise laid-off workers comes to an end next month.

WATCH: The UK has been told by the European Union to withdraw a trade bill that its own government admits breaks international law over a Brexit agreement – or it could face legal action. Olly Barratt and Lucy Hough from CGTN Europe explain what the row is all about. 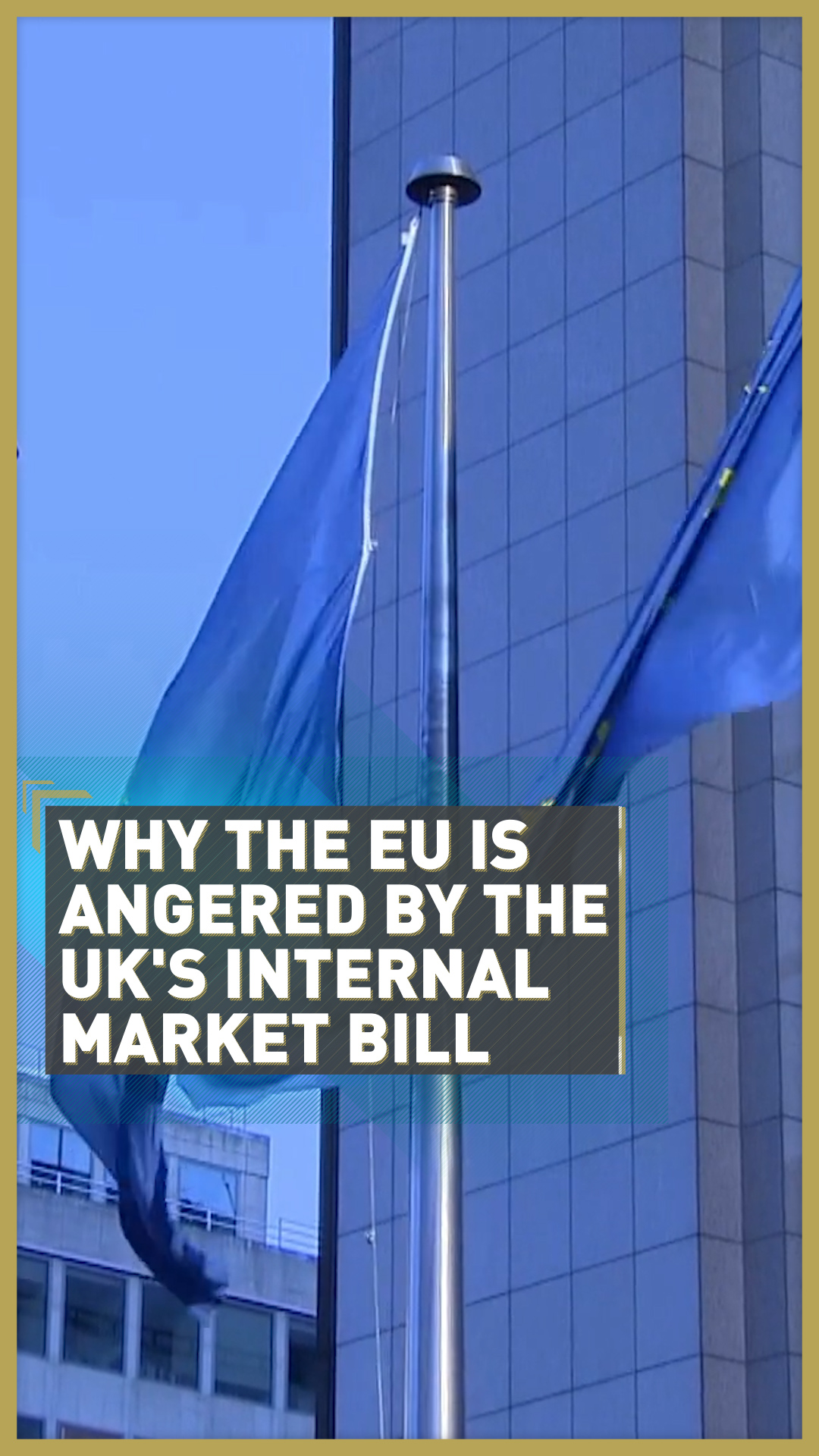 How is the insurance sector dealing with an unprecedented global crisis? We asked the founder and editor of MoneyMagpie.com, Jasmine Birtles to find out more.

How much trouble is the insurance sector in?

I think that 'exceptionally challenging' is a nice way to put it. 'Running around like headless chickens,' I think would be another way to describe much of the insurance industry.

What kind of claims would you say are the most common and where are they coming from?

I've found they are particularly in hotels, restaurants, the kind of businesses that have been absolutely closed down by this, at least for a few months.

But, you know, it's very much about how you read the wording of the policy, because as far as the business is concerned, they look at it and think, 'well, clearly, you know, it's a disease, it's shut down our business.' But the insurers basically don't want to pay.

What impact is all this going to have on consumers and businesses premiums?

Home insurance, because everybody's been at home, there have been far, far fewer claims on home insurance. So actually, the price of home insurance policies has gone down slightly in the past few months.

But when it comes to travel, I suspect that we will see higher premiums for travel policies and certainly business policies. 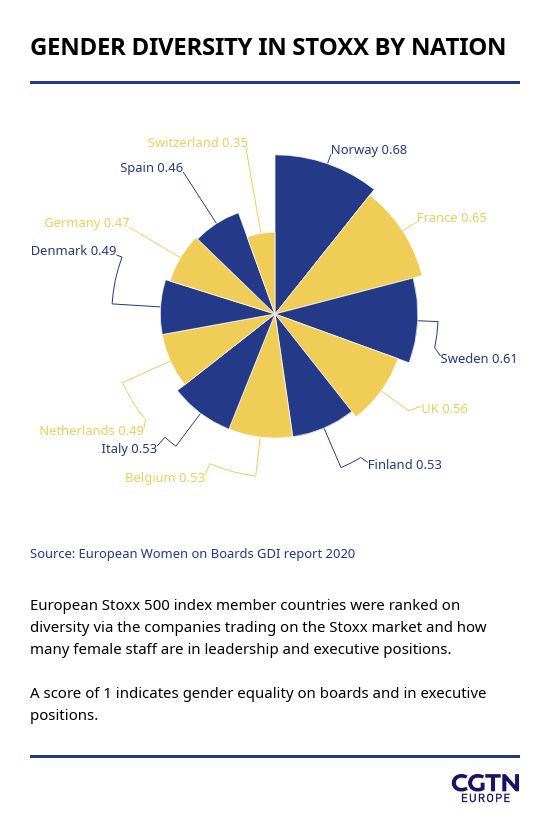