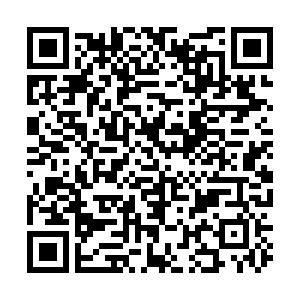 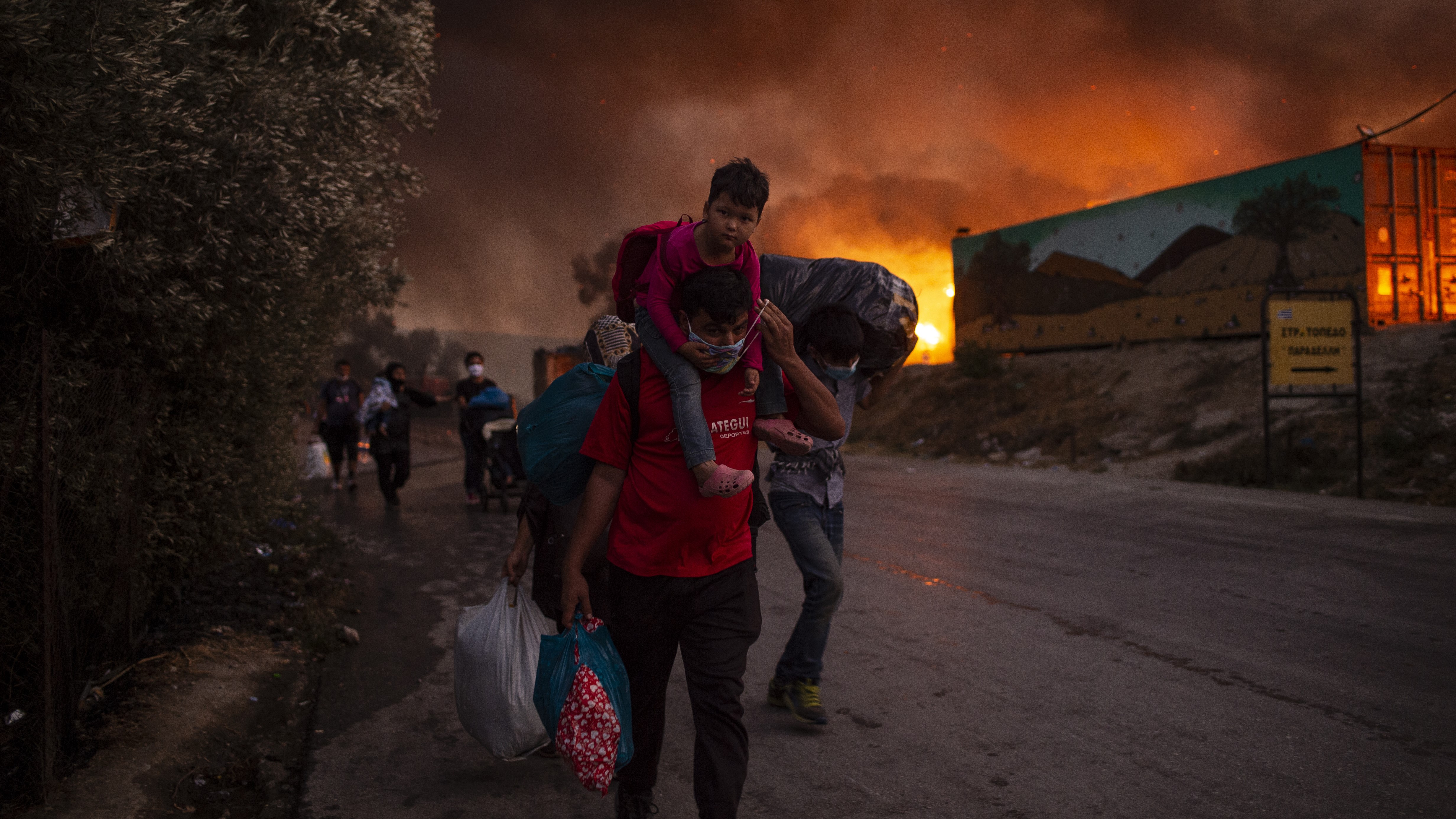 Thousands were left homeless after a blaze tore through the Moria camp on Lesbos late on Tuesday, fanned by high winds. A second fire then wiped out remaining tents the following day.

More than 12,500 people were living at the camp, even though it had been designed for around a quarter of that capacity. 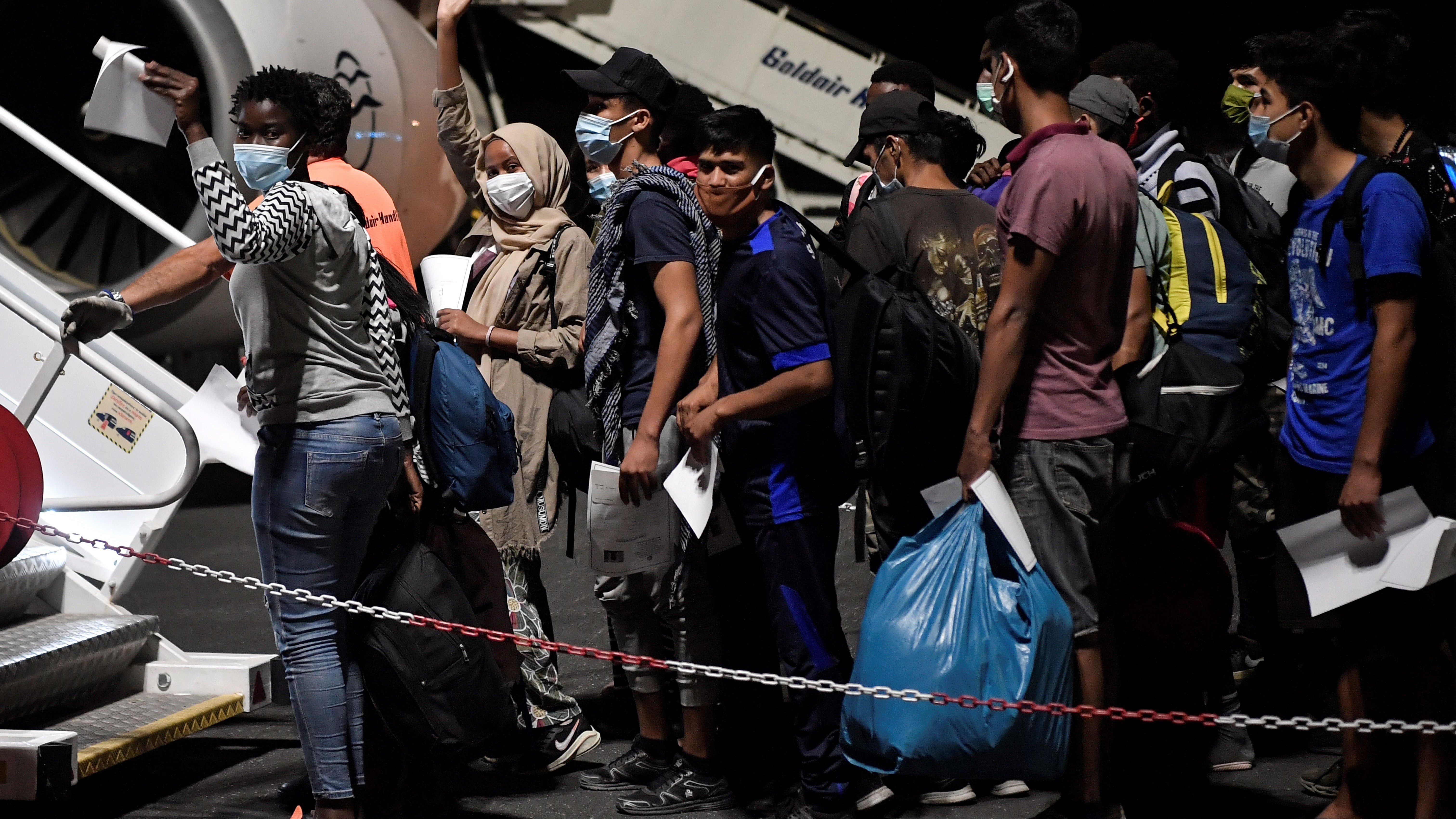 Displaced people board a plane to northern Greece. /AFP

Displaced people board a plane to northern Greece. /AFP

Many people have been forced to sleep outdoors, as authorities scrambled to find shelter for the thousands affected. Two Greek navy ships are now being used to provide temporary housing.

Greek Migration Minister Notis Mitarachi said the original fire was started by asylum-seekers, but did not confirm if it was a deliberate act of arson. There are also reports scuffles broke out at the campsite.

There had been frustration among the camp's residents following the imposition of quarantine measures after 35 people tested positive for COVID-19.

The camp, set up in 2015 at the peak of the refugee crisis, has been criticized for failing to provide adequate sanitation or medical access for its residents. 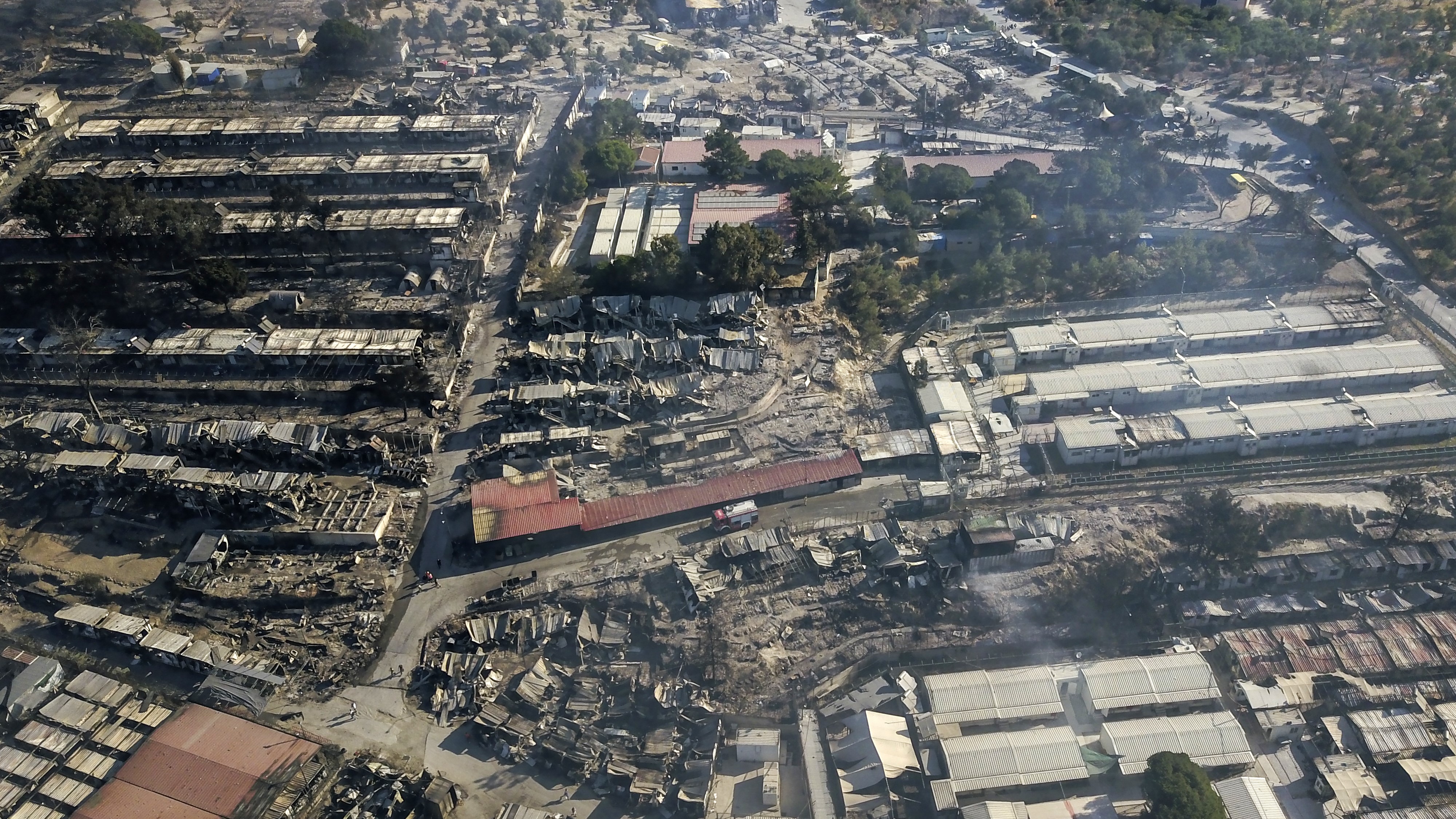 Greece's civil protection agency has now declared a four-month emergency for Lesbos, while Germany is urging EU members to take in people who had been staying at the camp.

German Foreign Minister Heiko Maas said: "With the European Commission and other EU member states that are ready to help, we need to quickly clarify how we can help Greece. That includes the distribution of refugees among those in the EU who are willing to take them in."

The EU's home affairs commissioner, Ylva Johansson, said the bloc would finance "the immediate transfer and accommodation on the mainland of the camp's remaining 400 unaccompanied children and teenagers." 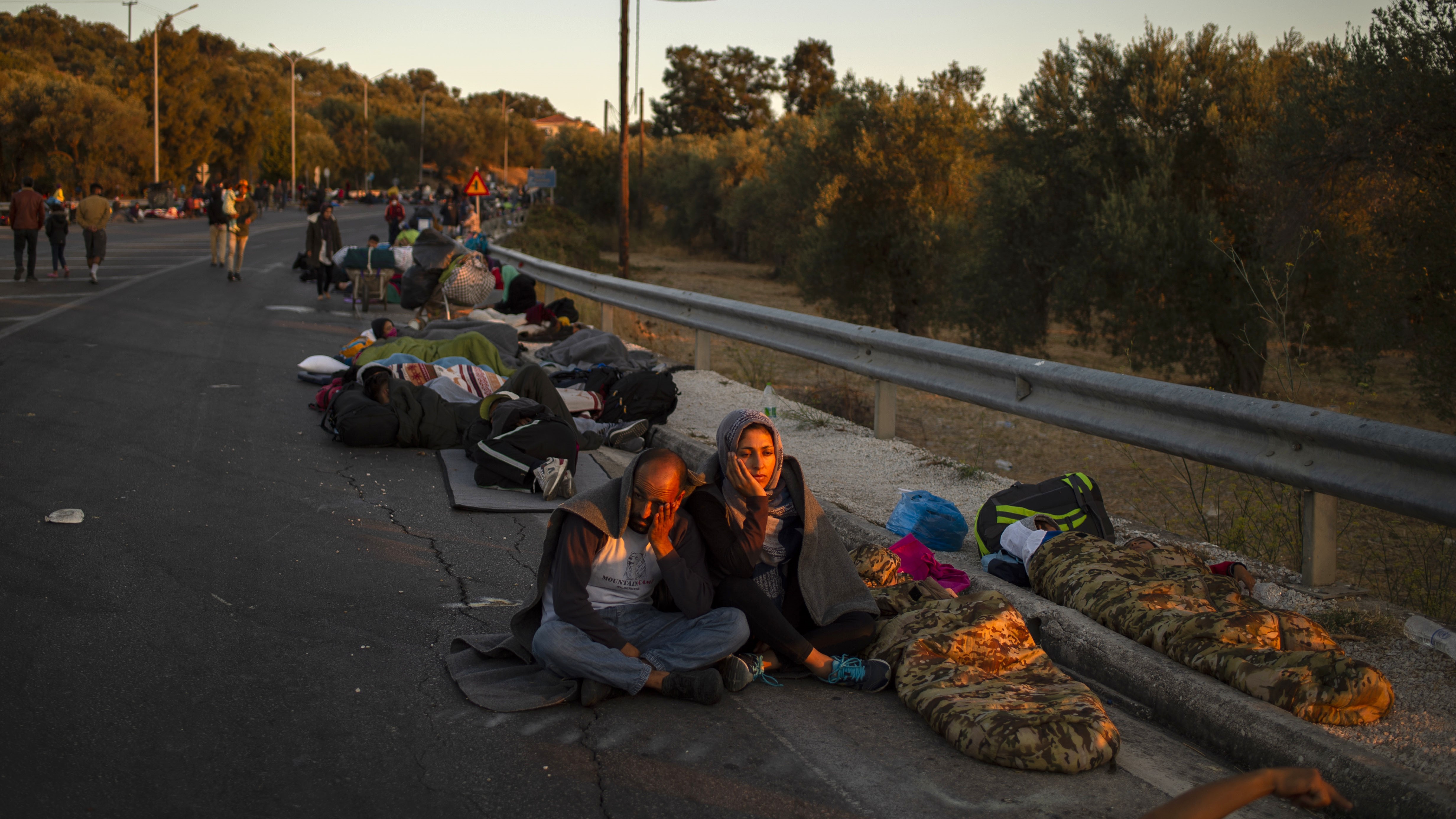 The head of Oxfam's Humanitarian Campaigns, Ruth Tanner, said there needs to be wider international support.

"The ongoing humanitarian tragedy in the camp and now this devastating fire are an urgent reminder to the UK government that it should be doing its fair share for people fleeing conflict and persecution.

"The UK's resettlement operations, which were paused due to the pandemic, should be urgently restarted. The UK government needs to provide adequate safe and legal routes for refugees to reach the UK and allow more refugee families to be reunited in safety here." 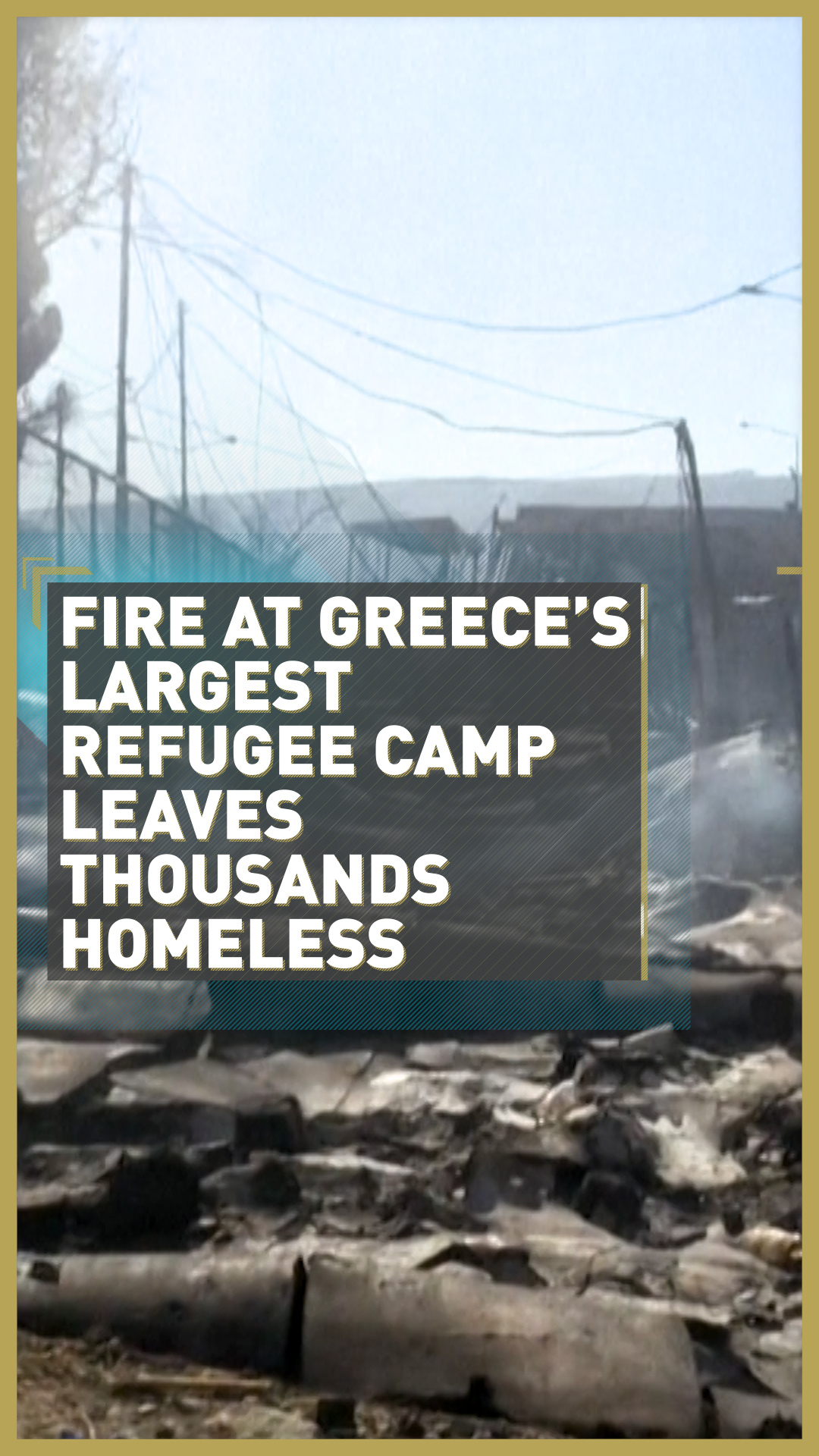