"We are currently in turbulent waters in regards to global trade relations."

That's newly trade-focused European Commissioner Valdis Dombrovskis, who was speaking at the 20th annual Brussels Economic Forum, on the day he took over from Ireland's Phil Hogan, who quit after being embroiled in the "golfgate" coronavirus rumpus.

Also in Europe, the European Bank for Reconstruction and Development has paid Ukrainian tomato producer Agrofusion more than $11 million, as it struggles with the knock-on effects of the pandemic.

Meanwhile, the UK's top revenue official has told members of parliament the government's furlough scheme may have lost as much as $4.5 billion to fraud and mistakes. That's about 15 percent of the total paid out to cover salaries during lockdown.

And to mark Willie Walsh's final day as CEO of British Airways parent IAG before Luis Gallego takes the reins, we spoke to leading aviation analyst Paul Charles about his impact and legacy.

Finally, French Prime Minister Jean Castex will be working from home for the week, his office confirmed to me. He was at the Tour de France this week, guest of honor of race director Christian Prudhomme, who today tested positive for COVID-19. The Elysee stressed that both Castex and Prudhomme wore masks for their entire meeting. The race, luckily, continues.

Chinese streaming video service Le.com, known as Leshi Internet Information & Technology, has been fined $35 million after an investigation into suspected IPO fraud. The China Securities Regulatory Commission completed its investigation of Leshi's IPO, according to the company's statement. The regulator also imposed a fine of five percent on funds raised in the IPO, equal to $36 million, which is the biggest fine in the A-share market's history.

The European Bank for Reconstruction and Development has loaned Ukraine's Agrofusion Group $11.7 million to help it withstand a COVID-19-caused crisis. Agrofusion, the third largest producer of tomatoes in Europe, has suffered amid the pandemic.

Shares of Chinese bottled water and drinks producer Nongfu Spring Co rose by as much as 85.3 percent than the initial public offering (IPO) price on their first day of trading. Nongfu is China's leading bottled water producer and a top-three player in the bottled tea and juice market, according to its prospectus. The firm raised $1.1 billion in its Hong Kong IPO.

The French Open will allow a maximum of 11,500 spectators each day to enter the Roland Garros stadium, as long as they adhere to strict health protocols, when the tournament begins later this month, the French Tennis Federation said.

Three former executives of G4S Care and Justice Services, which provides prison management and staff for governments, have been charged with fraud following what has been described as a "multi-year scheme" to defraud the UK's Ministry of Justice. Richard Morris, Mark Preston and James Jardine were all charged with seven alleged crimes.

IAG shareholders agreed to increase the company's shares to raise more than $3 billion. The investors in the parent firm of British Airways voted by at least 93 percent in favor of the move, in the meeting which also marked outgoing CEO Willie Walsh's final day in charge.

The top civil servant of the UK government's Revenue and Customs department said error and fraud may account for as much as $4.5 billion paid out by the furlough scheme. The government has made at least $46.1 billion in COVID-19 payments for workers temporarily laid off. The lowest estimate of mistaken payments is $1.5 billion.

Halfords, which sells motoring and cycling equipment in the UK, said the rise in popularity of cycling amid the pandemic means its forecast half-year profit is $46 million to $53 million, with cycling sales up 76 percent year-on-year.

On the flip side, car hire firm Europcar said it was trying to restructure its debts. It's main shareholder Eurazeo had previously considered selling its near-30 percent stake, while former owner Volkswagen had expressed interest in the firm, according to Reuters.

Plant-based meat substitute firm Beyond Meat is expanding its operations in China, with a new factory planned near Shanghai and a focus on selling products in the country. The firm already has deals with Chinese supermarkets and fast-food parent firm Yum Foods, which it hopes the Jiaxing Economic and Technological Development Zone location will help expand.

ByteDance, the Chinese firm that owns TikTok, has paid all its staff an extra two weeks' pay, due to the stress caused by international turmoil faced by the company. At least 60,000 people are employed globally, but the social media video-sharing platform is facing possible bans in the U.S. and India.

Following the resignation of Irish European Commissioner Phil Hogan after he admitted breaking COVID-19 rules on at least two occasions, former Latvian Prime Minister Valdis Dombrovskis has been given the Trade brief at the Commission. Meanwhile, vice-president of the European Parliament Mairead McGuinness has been named as the Irish replacement for Hogan on the Commission.

WATCH: London's first flower market in 150 years is bringing the local community together again after COVID-19. Guy Henderson went to pay a visit. 💐 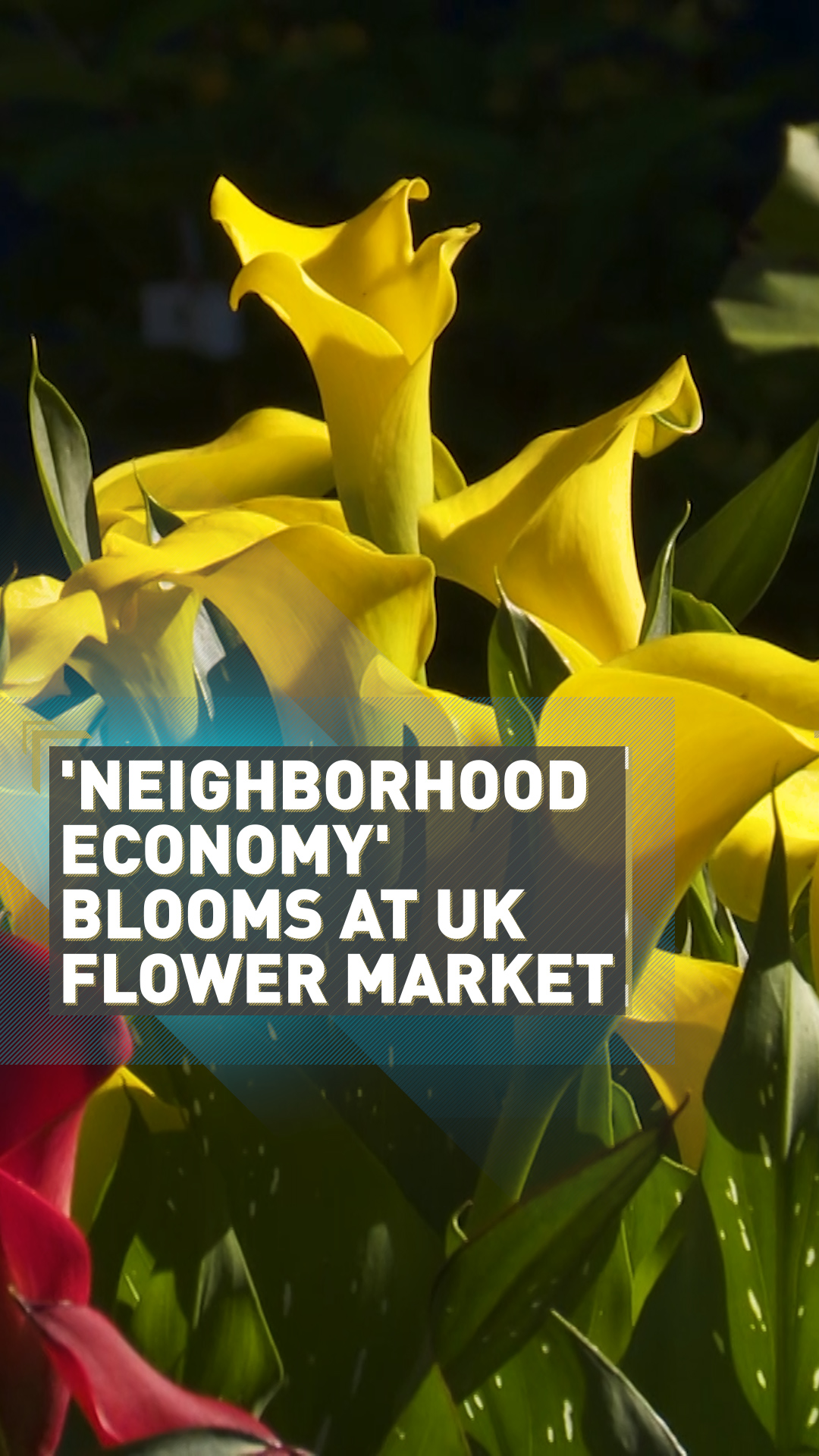 Paul Charles, CEO of PC Agency, is one of Europe's leading aviation experts and analysts. He spoke to CGTN about the future of IAG now Willie Walsh has stepped aside.

What is Willie Walsh's legacy in the aviation sector?

Walsh has definitely earned a reputation for being a doer, but getting things done is a remarkable story when you take into account that he began as a pilot, then worked his way up to run Aer Lingus, then actually run British Airways and then create IAG, and run IAG.

Tell us a little about his management style?

Willie Walsh is actually really respected among airline people, maybe not among the employees or pilots at British Airways where he's had many a run in, but that's been his style.

And the thing about the airline sector is you need a tough style in order to make any profit.

Willie Walsh leaves big shoes to fill. What will his replacement, Louis Gallego, have to do first?

I think he is from the same mold as Willie Walsh in terms of being a strong CEO, a strong leader. He turned around Iberia and has very much been at the forefront of also building that profitability at IAG because of Iberia's contribution. He's hugely respected in the airline sector and, like Willie Walsh, has had many a run-in with the employees and the unions. So I think you'll see more of the same.

He's going to have to do a lot of things very urgently to get the group back on its feet.