Cats are killers, but identifying types of owner could help save wildlife
Osman Baig 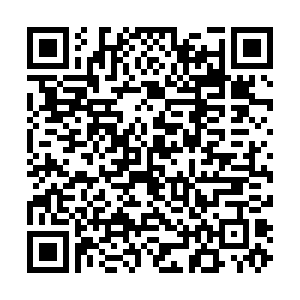 The French author Colette once said, "there are no ordinary cats". However, research suggests those of us who keep them as pets are a little more quotidian, falling into five distinct categories of ownership.

While that might all sound like fluff, it could provide vital information about how to tackle one of the more unsavoury aspects of our beloved moggies: the fact that they are, biologically speaking, little killing machines descended from apex predators. 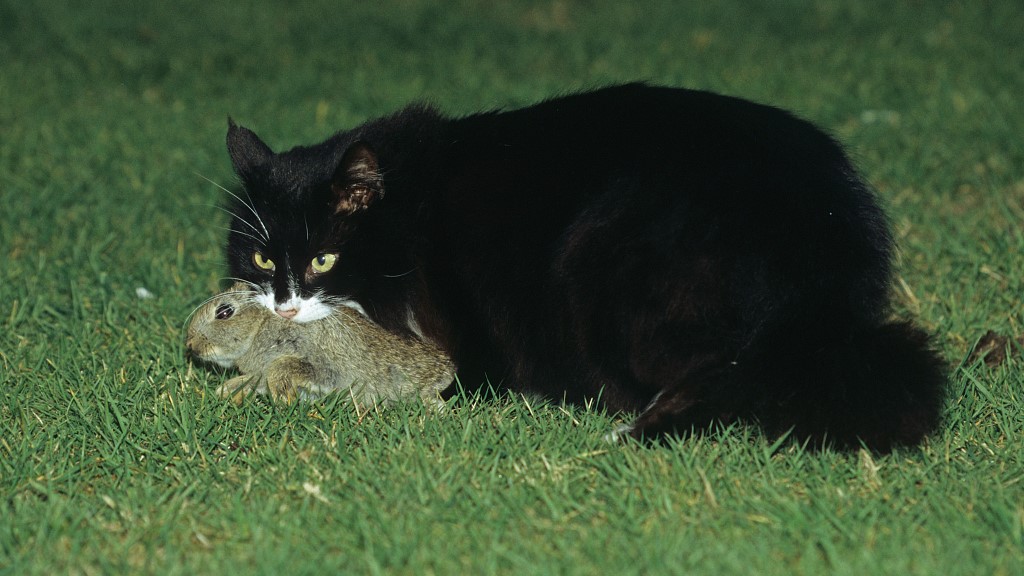 An unpleasant sight, even for cat lovers. So what can owners do?. /VCG

An unpleasant sight, even for cat lovers. So what can owners do?. /VCG

And like it or not, cat ownership could exacerbate the impact of that behaviour on local wildlife, depending on where you live and how much your pet is allowed outdoors. Previous research from Australia has suggested that pet cats could be responsible for killing twice as much wildlife as feral cats in the same area - and up to 5,200 percent higher than feral cats in rural areas. 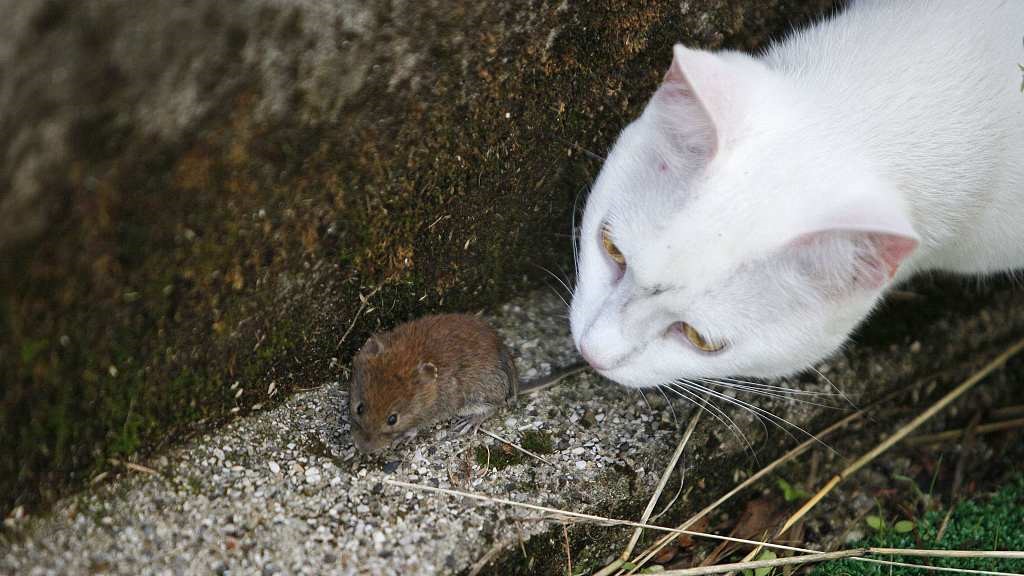 Not all cats like hunting, but research suggests those who do are responsible for billions of deaths. /VCG

Not all cats like hunting, but research suggests those who do are responsible for billions of deaths. /VCG

Other research from the country has linked cats to the extinction of 22 animals, while a report from Hawaii has estimated cats kill up to 3.7 billion birds a year.

Comprehensive data for Europe is scarce, but there have been some fur-raising facts nonetheless. In the Netherlands, an estimated 140 million animals are killed by domestic cats each year, while figures from the UK estimate cats catch up to 100 million prey items over spring and summer alone.

Even talking about this issue can ruffle feathers in the cat-loving community, due to the powerful emotional bond owners often have with their pets. But that's exactly what researchers at the University of Exeter, in conjunction with the Frontiers in Ecology and the Environment department of The Ecological Society of America, wanted to explore. 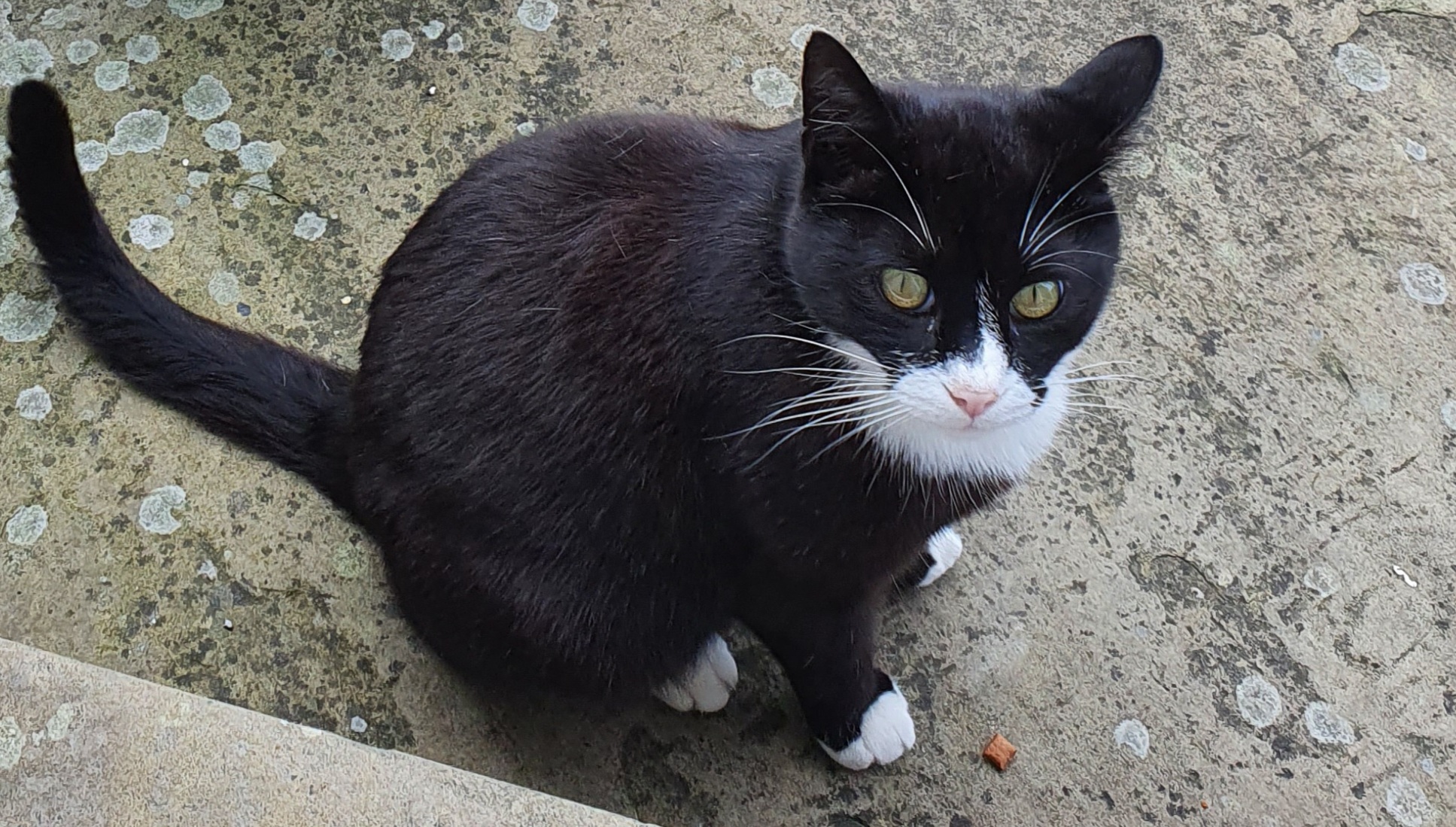 We love our precious pets, like Towelie here. But what do they get up to when out of sight? /Osman Baig

We love our precious pets, like Towelie here. But what do they get up to when out of sight? /Osman Baig

For the first time, experts have unveiled five broad types of cat owner. Take a look to see which one you may fall into.

2. The Freedom Defender. A very different model, this owner feels it is the natural right of cats to roam where they please and  oppose any restrictions on access to the outdoors.

3. The Tolerant Guardian. This owner is conflicted on the issue - but is not sure what they can do about it.

4. The Conscientious Caretaker. As with all the categories, this type of owner sees the benefits of their cat getting outdoor access - but equally, takes measures to prevent it from harming natural fauna. This could include some containment time, or using a leash and harness when outside.

5. The Laissez-Faire Landlord. This owner has not taken much interest in anything you have read so far, either because they were not aware, or because they don't really care. They may,  however, still be inclined to manage their cat's behaviour if prompted. 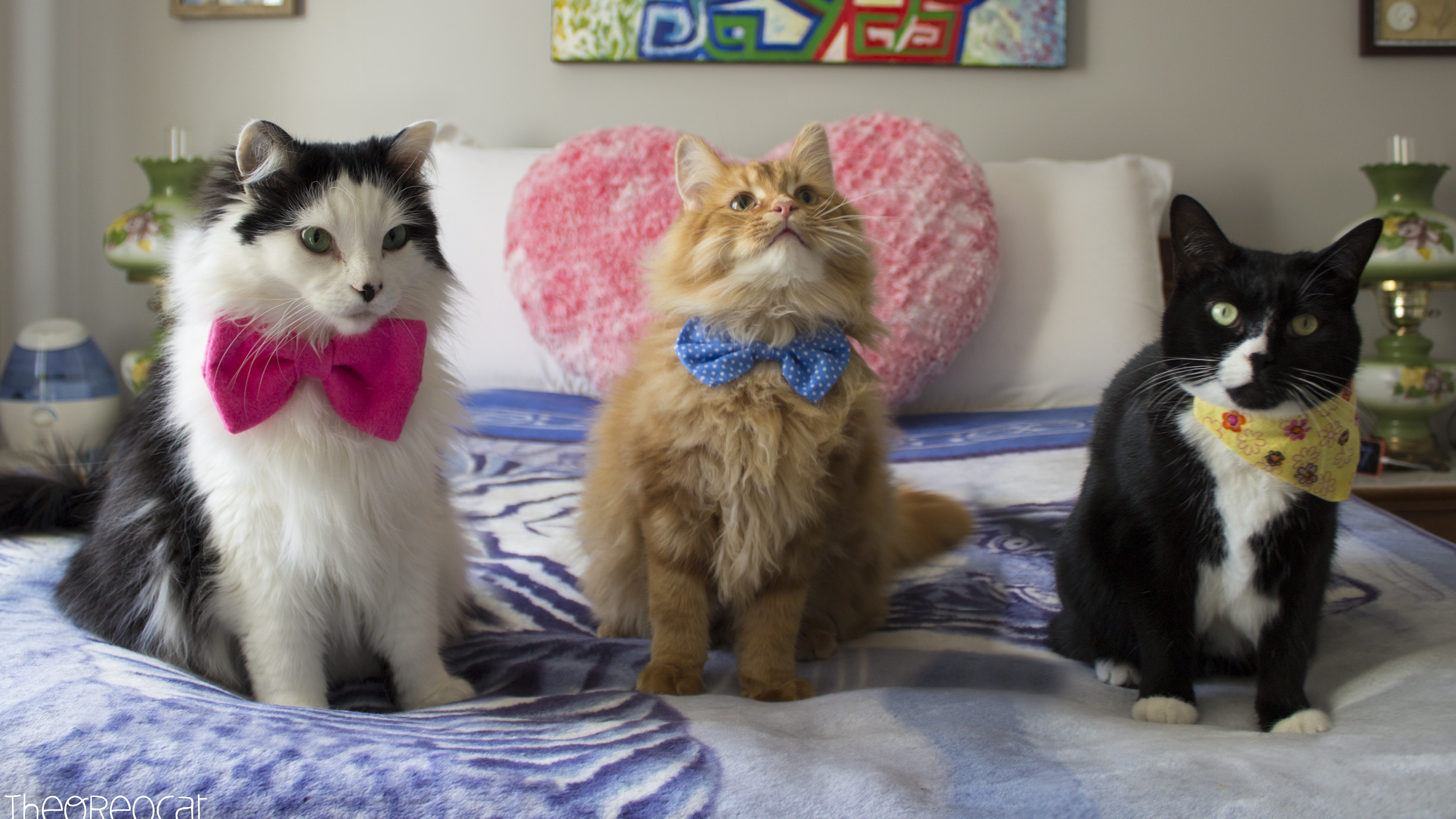 While these insights are valuable, what do they actually mean for cat owners?

Tina Modugno is 'cat mom' to one of the internet's best-loved kitties: The Oreo Cat - followed by more than 125,000 people on Instagram and  star of his own series of children's books.

Her approach to Oreo and his feline siblings, Pudding and Onyx, probably best aligns with the Conscientious Caretaker model - particularly because there is a wetland behind their home near the St. Lawrence River in Quebec, Canada. In addition to safety concerns and traffic, the local environment is a big reason why the trio are largely indoors.

"Some of the wetlands are conservation areas for wildlife and plants. The one directly behind me is full of frogs... I would not want my cats killing the frogs or other small creatures that live there."

Tina has some words of solace for cat owners who are perhaps worried about their felines being restricted from outdoor access.

"I understand the importance, but at the same time domestic cats have been accustomed to living in homes and being served food for hundreds of years. I don't think they mind it! [My cats] do go for the occasional walk on a harness and leash in my dad's garden. They like to chase bees and butterflies. They're happy so I suppose that's all that matters!" 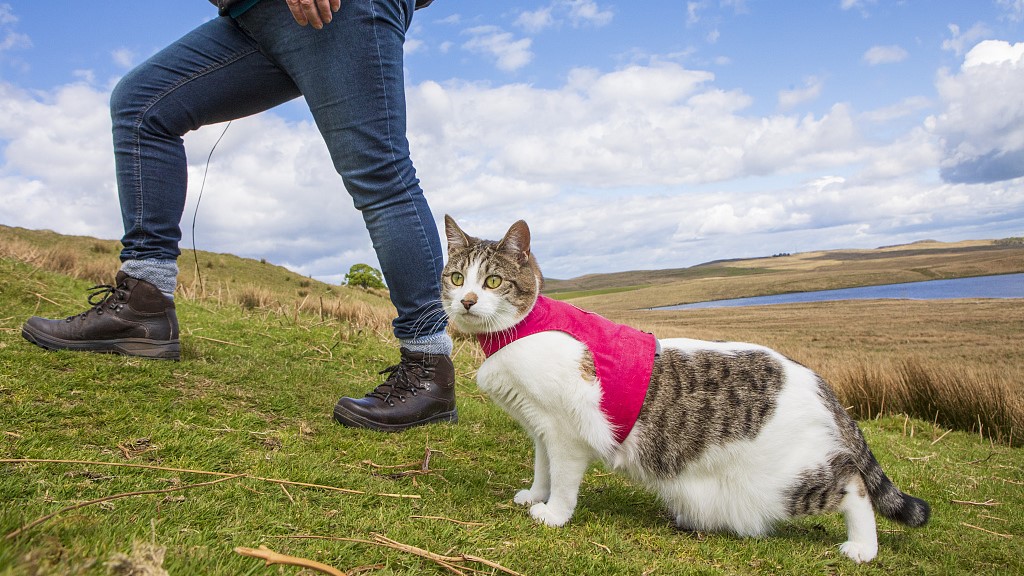 That approach would also sit happily with the latest research, which suggests the following action can be taken or investigated.

Individual Level. Owners are encouraged to explore harnesses and leashes. While cats do not need to be walked for exercise like dogs, use of this equipment while outdoors is a way to monitor activity first-hand.

Domestic Level. The paper suggests "making home environments more attractive to cats through physical and behavioral enrichment". This  could include more playtime, to help assuage kitty's killer instincts, or the introduction of toys that emulate mice or other small animals.

Nutrition. The report highlights nutrition as an aspect of its research, so owners could speak to a vet or expert about how that may be affecting behaviour.

Breeding. On a much wider level, the report calls for the investigation of selective breeding to reduce hunting and roaming, underscoring throughout the need for humane strategies that would likely receive broad support. 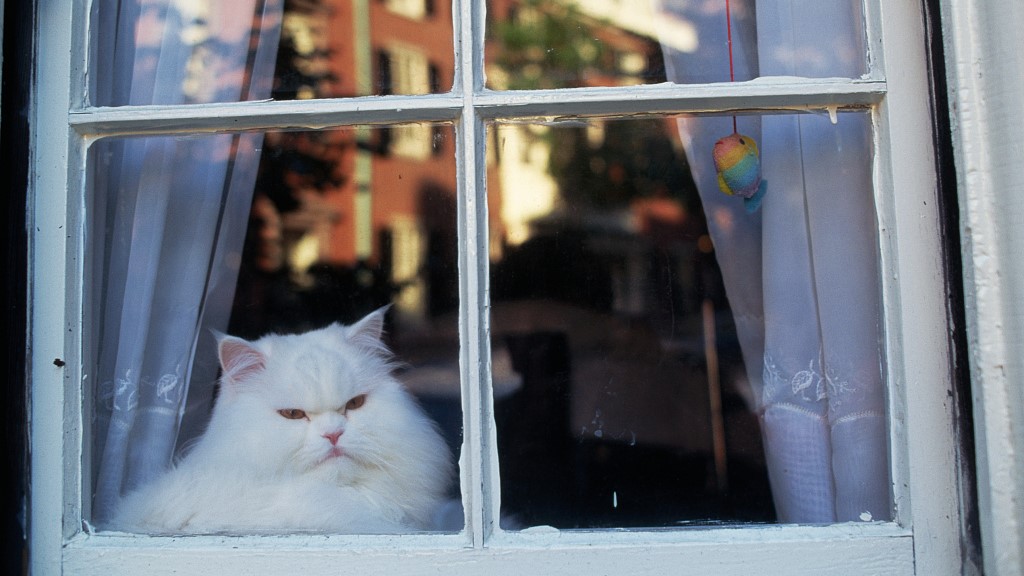 Fundamentally different: To quote Nobel Laureate T.S. Eliot, "a cat is not a dog". /VCG

Fundamentally different: To quote Nobel Laureate T.S. Eliot, "a cat is not a dog". /VCG

Unlike dogs, cats have never been traditionally or comprehensively domesticated. Evidence suggests they chose to live alongside us around 8,000 years ago in a relationship that would become mutually beneficial: providing pest control for the humans, food & shelter for the animal, and companionship for both sides.

Their free-spirited, impulsive and unpredictable nature has been part of the allure since: evinced everywhere from the deities of Ancient Egypt to their single-pawed domination of the internet today.

It has led to an adage pet owners know all too well: dogs have masters, cats have staff. Now, we just need to work out how to serve them and the environment around them better.