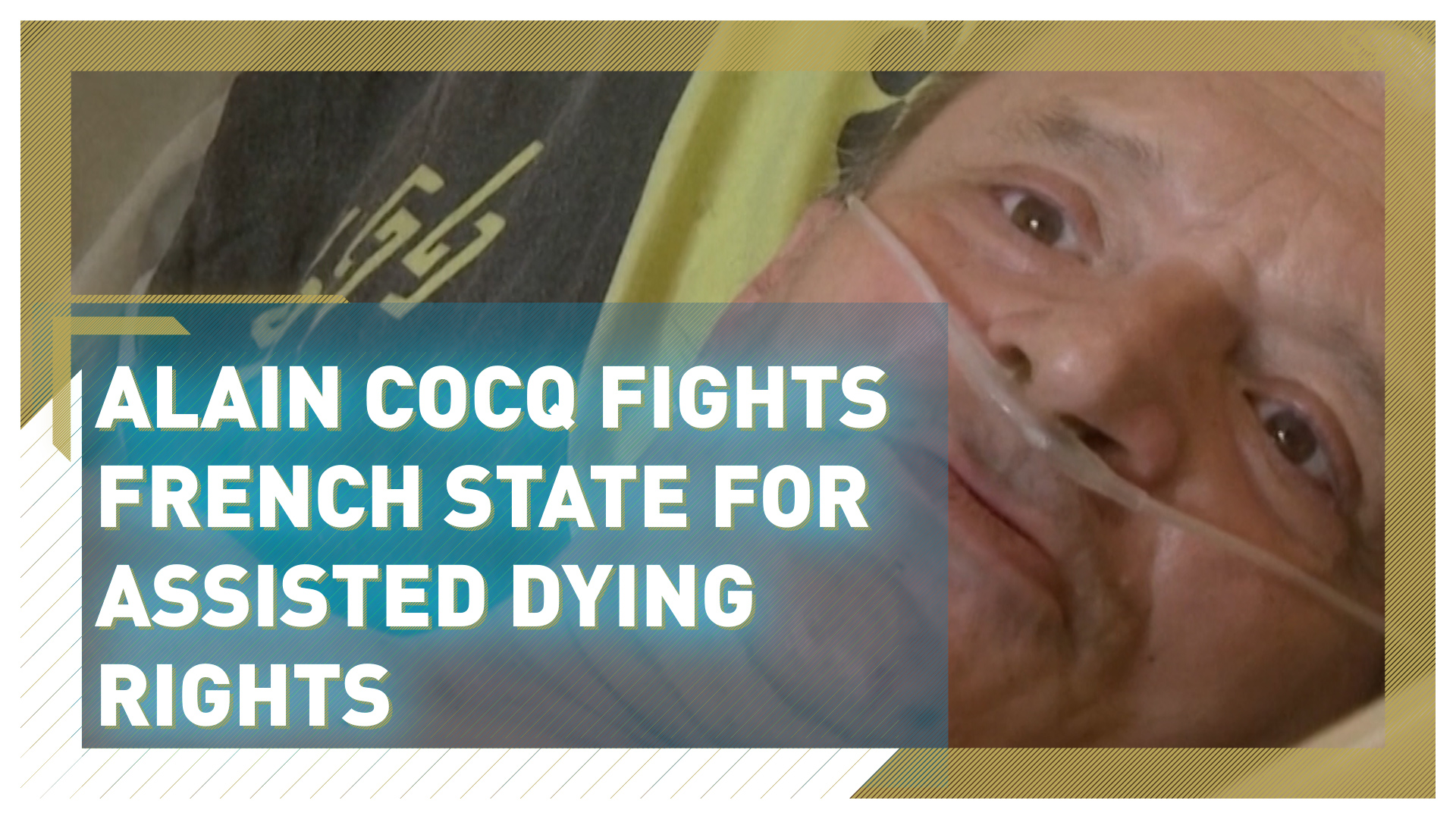 One man's high profile quest to be euthanized has shone a light on France's assisted dying laws and Facebook's policy on broadcasting "suicide attempts."

Alain Cocq, 57, who suffers from an incurable condition, announced that he was now refusing all food, drink and medicine after French President Emmanuel Macron turned down his request for euthanasia.

"I'm relaxed because I know that soon I will no longer suffer, although I know that I will live through a very painful phase if President Macron does not authorise me to leave in dignity. And I'm serene because finally, I'm at the end of my road," Cocq said.

The Frenchman believes he has less than a week to live and planned to live-stream his last days from Saturday morning, before being blocked by Facebook.

Not permitted in French law

In July, Cocq, who suffers from a rare condition which causes the walls of his arteries to stick together, wrote to Macron asking the president to allow him to die "with dignity," by allowing the administration of a prescribed sedative which would end his life.

Despite saying he was "moved" by the letter, Macron turned down the request, stating that French law stopped him from agreeing to it.

Unlike its neighbours Belgium, the Netherlands and Luxembourg, France does not allow euthanasia, partly due to pressure from the Catholic Church, which opposes assisted dying on moral grounds.

The director of the pro-euthanasia group Exit International, Philip Nitschke, told CGTN Europe that Cocq's campaign could see changes to French law. "I think this at least has a very good chance of seeing change made, and it really is overdue.

"It's inevitable it will happen at some stage and I think now is a good time to see that change occur."

Nitschke said that it was "inevitable" that assisted dying would become legal across Europe. "What we are seeing is an evolution, countries that changed their laws some 20 years ago - like the Netherlands and Belgium - they're making the laws more accessible."

"We're going to see it happen right across Europe, it's just a matter of when we finally see the last - I think - fading influence of the Catholic Church dissipate and governments having the courage to do what people want." 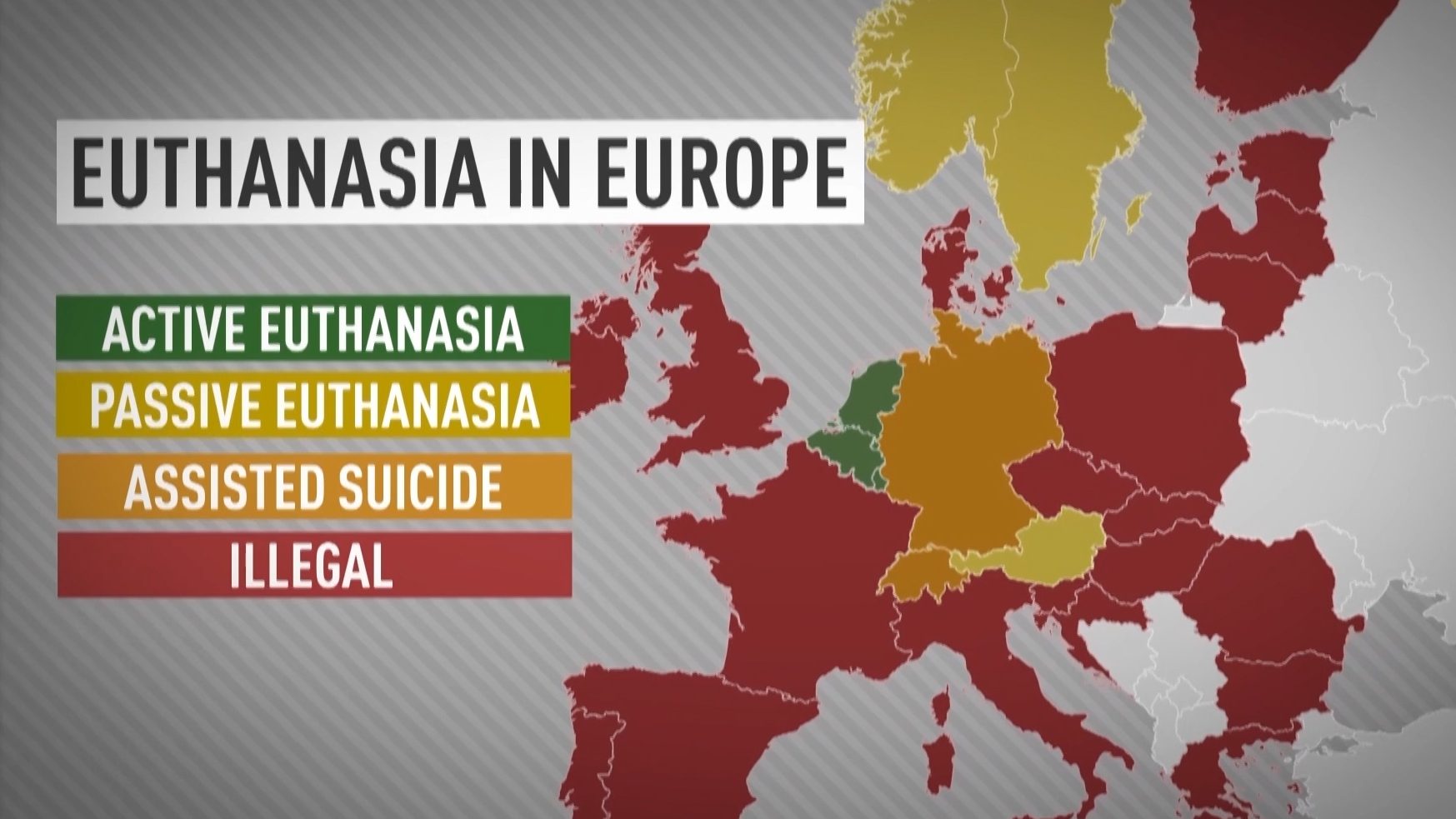 Cocq had been trying to post another video earlier Saturday when he messaged: "Facebook is blocking my video broadcast until 8 September."

"It is up to you now," he said in a message to supporters before giving out Facebook's French address, adding "so you can let them know what you think about their methods of restricting free speech."

"There will be a back-up within 24 hours," to run the video, he stated.

A spokesperson for Facebook told the AFP that its rules blocked any users from portraying suicide.

"Although we respect his decision to want to draw attention to this complex question, following expert advice we have taken measures to prevent the live broadcast on Alain's account," the spokesperson stated.

"Our rules do not allow us to show suicide attempts."

Speaking to reporters on Friday, Cocq seemed at peace. "I am relaxed, rested, calm. And since I made the decision, I have to tell you that it's been a long time since I've been so serene. You must be feeling it. I'm calm... I've come full circle."