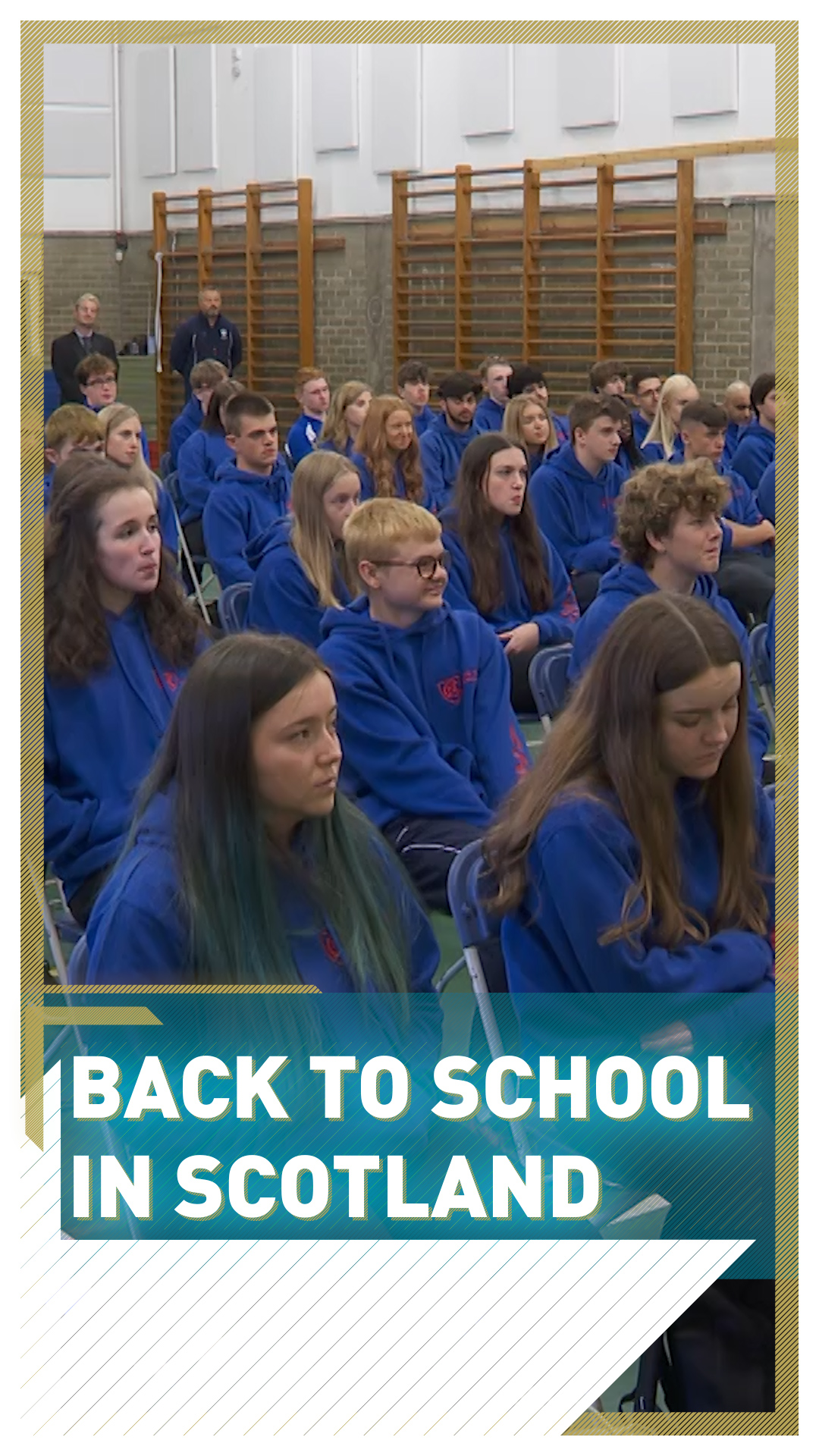 Students in Scotland have returned to school for the first time since March, when schools were forced to close because of the coronavirus pandemic.

Only certain years returned on Tuesday, with many schools staggering the return of pupils.

At Clifton Hall School in the capital Edinburgh, 15-to-18-year-olds were the first to come back, with children as young as three expected in the next few days. 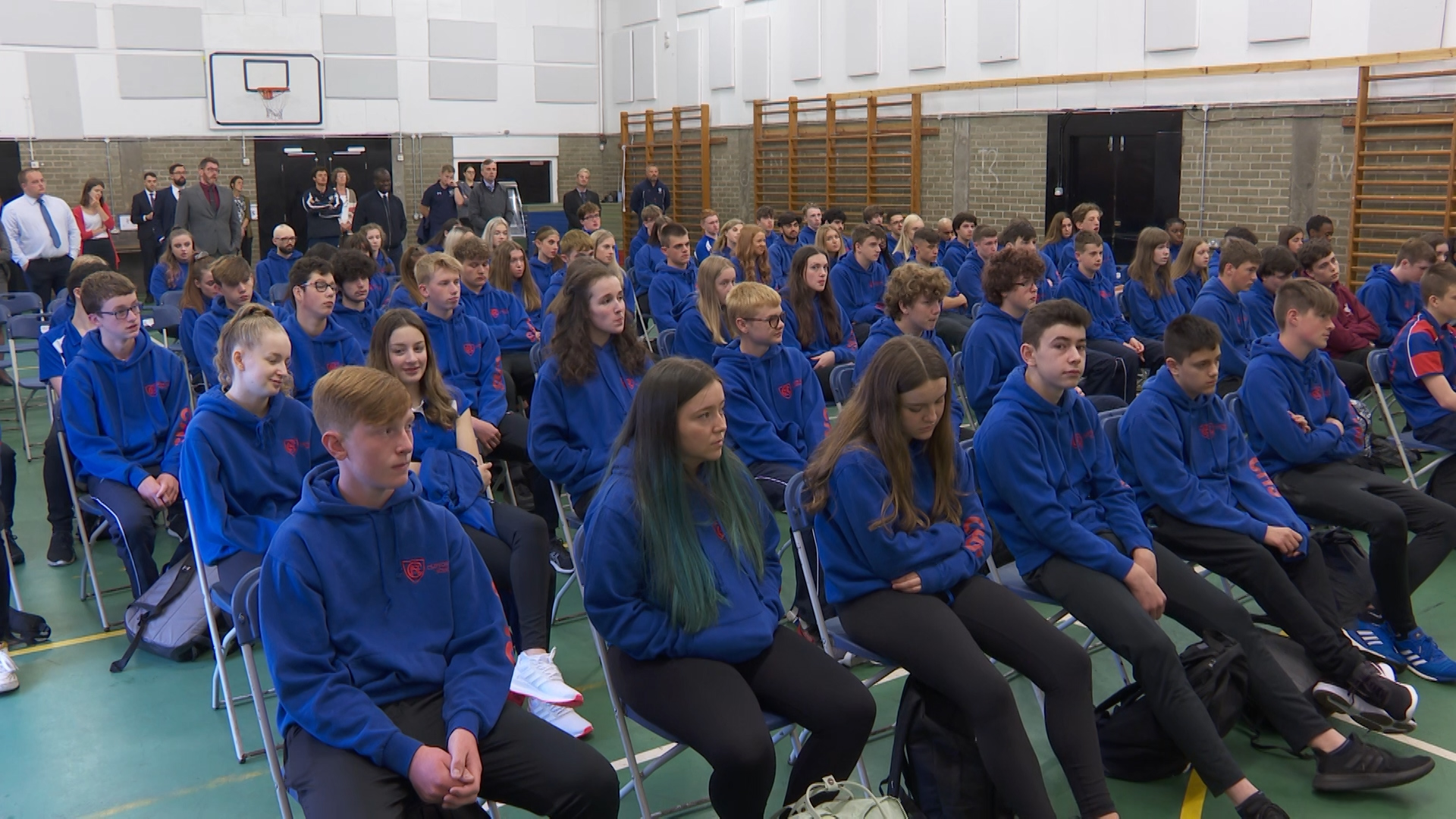 Students are not required to wear masks in school. /CGTN

Students are not required to wear masks in school. /CGTN

"Because we're in unprecedented times, bringing them back slowly, group by group, allows us to make sure the mistakes we make tomorrow, we can rectify the next day and so on," said Rod Grant, headmaster at Clifton Hall.

"We're going to aim for all 415 children back in the school by Friday."

Almost 700,000 young people have been off school in Scotland since late March, when institutions across the UK were told to close due to the current health crisis.

Many schools turned to online learning in the months that followed, with physical examinations cancelled nationwide.

The start of the new academic year has been brought forward by almost a month in Scotland, a decision that has been welcome news for students at Clifton Hall.

"It's a bit strange, having been off for five months and then coming to a room full of so many people, it feels a bit surreal but I'm really glad to be back," said James Baxter, a pupil at the school.

His classmate, Rebecca Leech, said the past few months had been challenging: "[it's] really weird, yeah, it's been so long, it feels like it's been about 12 years since we've been at school but honestly, it's way better to be back and it's much easier to study when you're at school."

Scotland, Wales and Northern Ireland are opening classrooms this month as they have powers over their own education policy.

In England, students aren't set to go back until September. British Prime Minister Boris Johnson claims getting children back to school is now the country's "top priority."

Hand sanitizer facilities are in place throughout schools. /CGTN

Hand sanitizer facilities are in place throughout schools. /CGTN

There are growing concerns about the long-term impact being out of the classroom is having on young people – a view echoed by Clifton Hall's Grant .

"I think parents are actually now getting to the stage where they're more concerned about the social isolation that exists when pupils can't be in school. They're missing their friends as much as anything, and I think there could be a much more devastating impact on children from that than from just missing school." 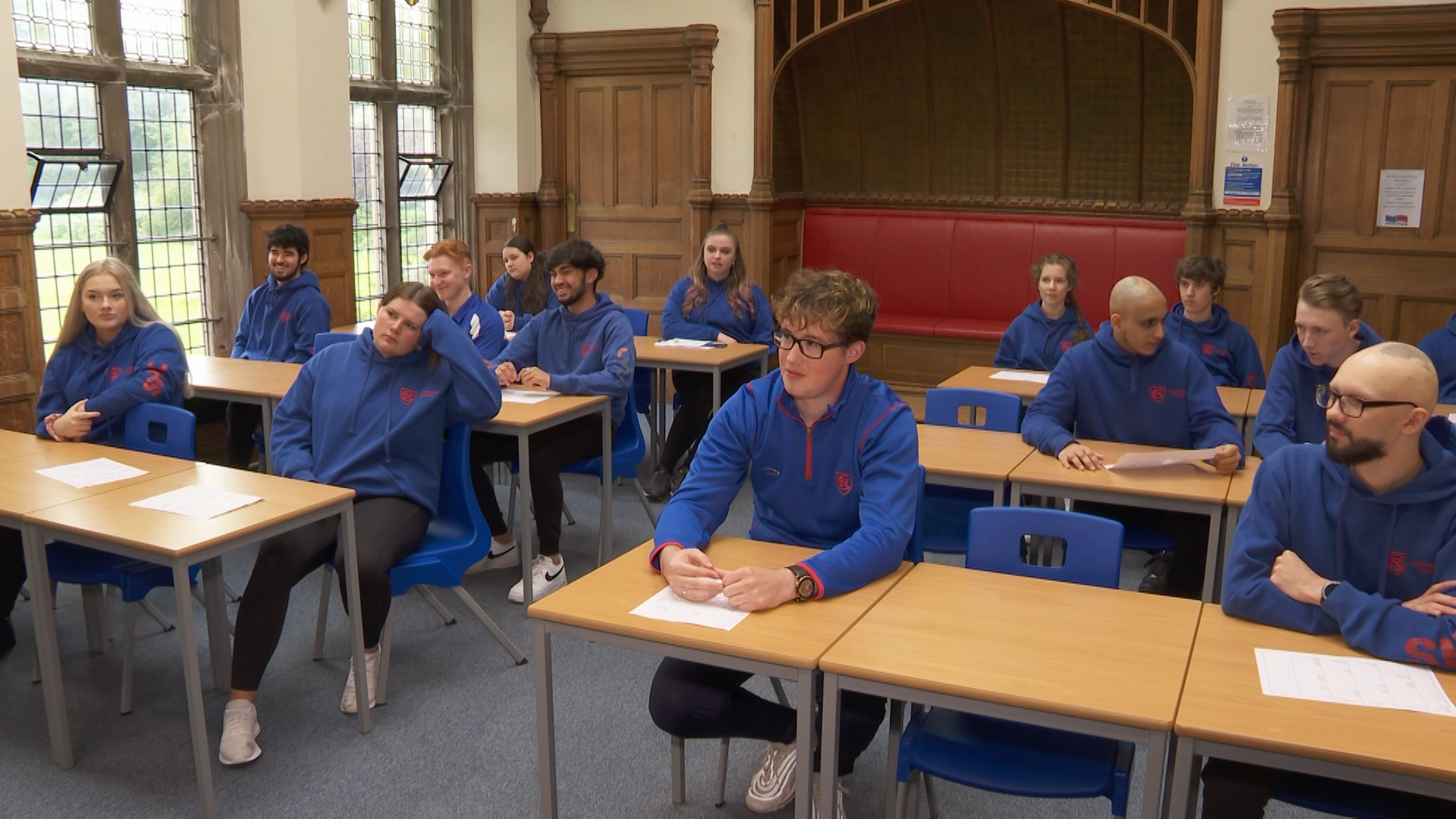 Social distancing measures are being implemented where possible. /CGTN

Social distancing measures are being implemented where possible. /CGTN

Under the new guidance, pupils and teachers in Scotland don't have to wear face masks.

Social distancing is being encouraged but isn't mandatory, given how hard it could be to implement, especially among younger children.

But schools are ramping up hygiene and safety measures, such as installing sanitizer stations for students when they enter and leave buildings, as well as better ventilation in classrooms.

And there are other challenges. Teaching unions say some of their members are worried about their safety when returning to work.

And scientists say a functioning test-and-trace system is required to control any potential outbreaks.

"It's really hard, I'm not a virologist, I don't have the expertise to make these decisions, so we have to take on board what the government advises," said Grant.

"If there's an outbreak, we know who to call, when to call and who would be involved in all those decisions, so there's a clear path for us. Whether or not the test-and-trace system then actually works, that's another matter, but only time will tell."

There will be many students, parents and teachers hoping the return to school is a safe one.

The nature of COVID-19 means the invisible threat looms over society at large and schools could prove to be future hotspots.

But officials in the UK will be watching events in Scotland closely in the coming weeks to see whether the move causes further spikes in the virus.