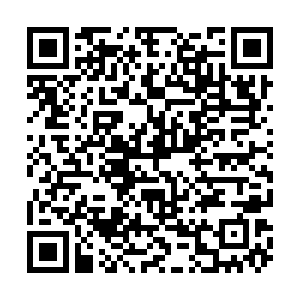 While Poland has the highest levels of air pollution in Europe, according to the newly released Air Quality Life Index – an international ranking that charts air quality around the world – it also had the most to gain if pollution levels were reduced.

The index, drawn up by researchers from the Energy Policy Institute at the University of Chicago, is one of the first studies to quantify the causal relationship between long-term human exposure to air pollution and life expectancy, charting air pollution developments in Europe over 20 years.

And despite Poland's poor scoring for air quality, the report says that if pollution levels met the World Health Organization's (WHO) guideline of 10μg/m³, residents in the capital of Warsaw would add 1.2 years to their life expectancy, with a potential 0.8 increase nationwide. 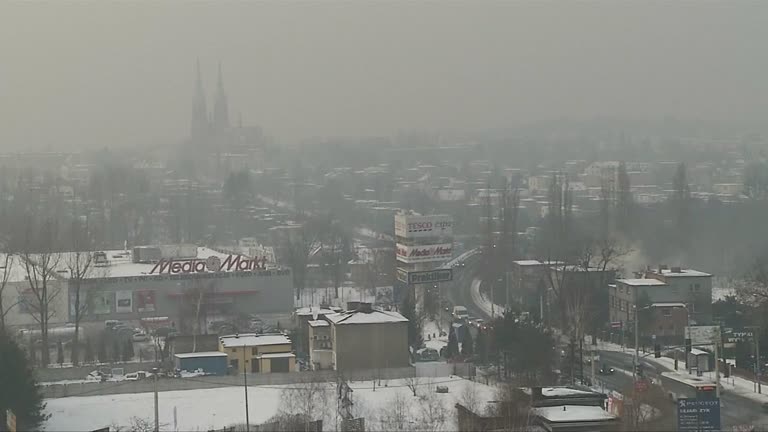 The WHO's rankings of EU cities with the most polluted air reports that 36 of the top 50 places are in the Eastern European country. /Reuters

The WHO's rankings of EU cities with the most polluted air reports that 36 of the top 50 places are in the Eastern European country. /Reuters

According to the catalogue, the most polluted countries on the continent are generally in Eastern Europe, with Belarus, Slovakia, Czechia, Slovenia, Hungary, Lithuania and Latvia also high up the index.

However, Poland scores particularly highly in the index, with the cities of Warsaw and Lodz and their surrounding areas showing high level of pollution.

In response to growing local concern and wrangling with the EU over its poor air quality levels, Poland announced a clean air program in 2019 and has also pledged to set up a new climate ministry.

But even beyond the industrial centers, 36 of the top 50 places in the WHO's rankings of EU cities with the most polluted air were in Poland.

One of the main problems is reliance on coal for heating. Despite a drastic decline since the 1980s, the country is set to account for around 50 percent of hard coal use by small consumers in Europe in 2020, according to a World Bank Report in 2019.

And in 2018, the European Environment Agency found that nearly one in nine of the premature deaths related to fine particle pollution in the EU was in Poland, with an estimated 45,000 premature deaths each year as a result. 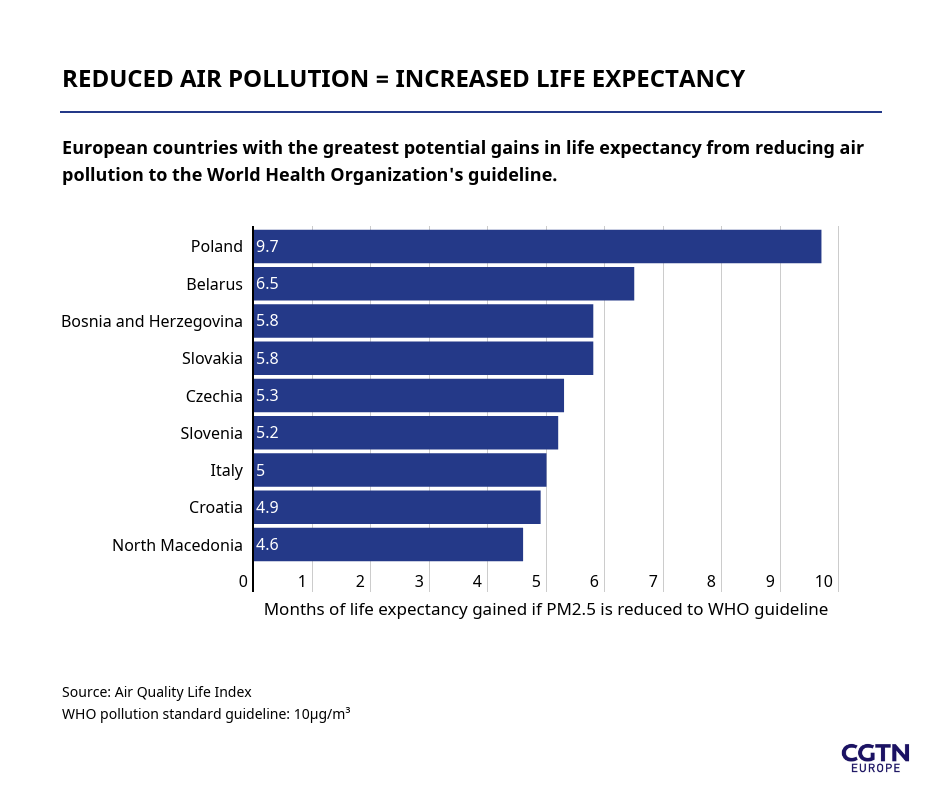 However, on a local level, the index shows it is not only Eastern Europe that has had life expectancy affected by air pollution.

According to the index, areas of northern Italy, particularly the Po Valley, which includes Milan, scored particularly badly – in 2018, Italy's industrial capital was behind only Warsaw for concentrated levels of PM2.5, the particles that scientists look at to measure air quality.

And despite most countries meeting the EU's air pollution standard of 25 μg/m³, the Air Quality Life Index shows that nearly three-quarters of Europe's population reportedly live in areas that fall short of the WHO's guideline.

In spite of the warning, the study reports Europe's response to air pollution over the past two decades has in general been a success story: on average, Europeans are exposed to 41 percent less particulate pollution today than they were 20 years ago, increasing life expectancy by nine months across the board.

On a local level, improvements in some of Europe's most heavily polluted areas, such as the Silesian province of southern Poland and Italy's northern Veneto region, have led to life expectancy increasing by 2 and 2.3 years respectively.

For the director of the Energy Policy Institute, Michael Greenstone: "The legacy of environmental improvement in much of Europe over the last two decades is evidence that people living in today's pollution hot spots can see brighter skies.

"A demand for change from citizens and subsequent strong policies have helped to clear the air in parts of Europe before and can continue to do so to ensure that high pollution today does not need to be tomorrow's fate."