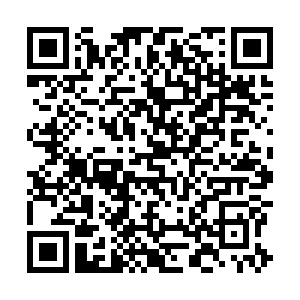 • Greece will make travelers arriving from Sweden, Belgium, Spain, the Netherlands and Czechia prove they have tested negative for COVID-19 to gain entry from 17 August, the government said on Monday. On Sunday, Greece reported 203 new cases, its highest daily tally so far.

• Denmark's reproduction, or R, rate has risen to 1.4. "The virus is moving through our society once again," health minister Magnus Heunicke said after infections were confirmed in 67 of Denmark's 98 municipalities.

• German football fans will remain locked out until at least the end of October after health ministers ruled out an earlier return. The Bundesliga season restarted in mid-May, the first European league to do so.

• Germany's ruling coalition is at odds over extending a freeze on insolvency rules put in place to avoid a wave of corporate bankruptcies due to the coronavirus. "We have to be careful we don't drag along any zombie companies," said CDU politician Joachim Pfeiffer.

• This year's postponed Le Mans 24-hour sportscar race will be run without spectators in September, its organizers said on Monday. The French race was attended by 250,000 people in 2019.

• England's COVID-19 test-and-trace scheme is to become more locally targeted, the government said on Monday, after data suggested it was not reaching enough contacts to avoid a second wave.

• Spanish actor Antonio Banderas has tested positive for COVID-19 and is in quarantine. "I'd like to add that I'm feeling relatively well, just a bit more tired than usual and confident that I will recover as soon as possible," Banderas tweeted.

• World Health Organization chief Tedros Adhanom Ghebreyesus said there is a huge gap in funding to fight the coronavirus, but "it is never too late to turn the pandemic around."

• A senior German politician has called for stricter measure for travelers going to high-risk areas. Interior state secretary Gunter Krings has called for people to notify authorities before they travel.

• Passengers who were stuck on an infected cruise ship having been turned away from several ports in March have filed a lawsuit against the cruise company, Costa Cruises. The 850 French passengers, which included the families of three people who died of the virus on the ship, filed 180 complaints, including manslaughter, their lawyer confirmed.

• England's children's commissioner is among those to have called for improvements to the country's testing procedures before children can return to schools. UK Prime Minister Boris Johnson has said it is a "national priority" to get children back in classes in September.

• Companies in Germany expect life to be restricted for a further eight-and-a-half months due to the pandemic, a survey by the country's economic institute revealed.

• The actions of the UK's aide to the prime minister, Dominic Cummings, damaged the public's confidence in the government's pandemic response, a study by University College London found. Cummings caused outrage among some after traveling 400 kilometers to be closer to his family when his wife fell ill during the country's lockdown. 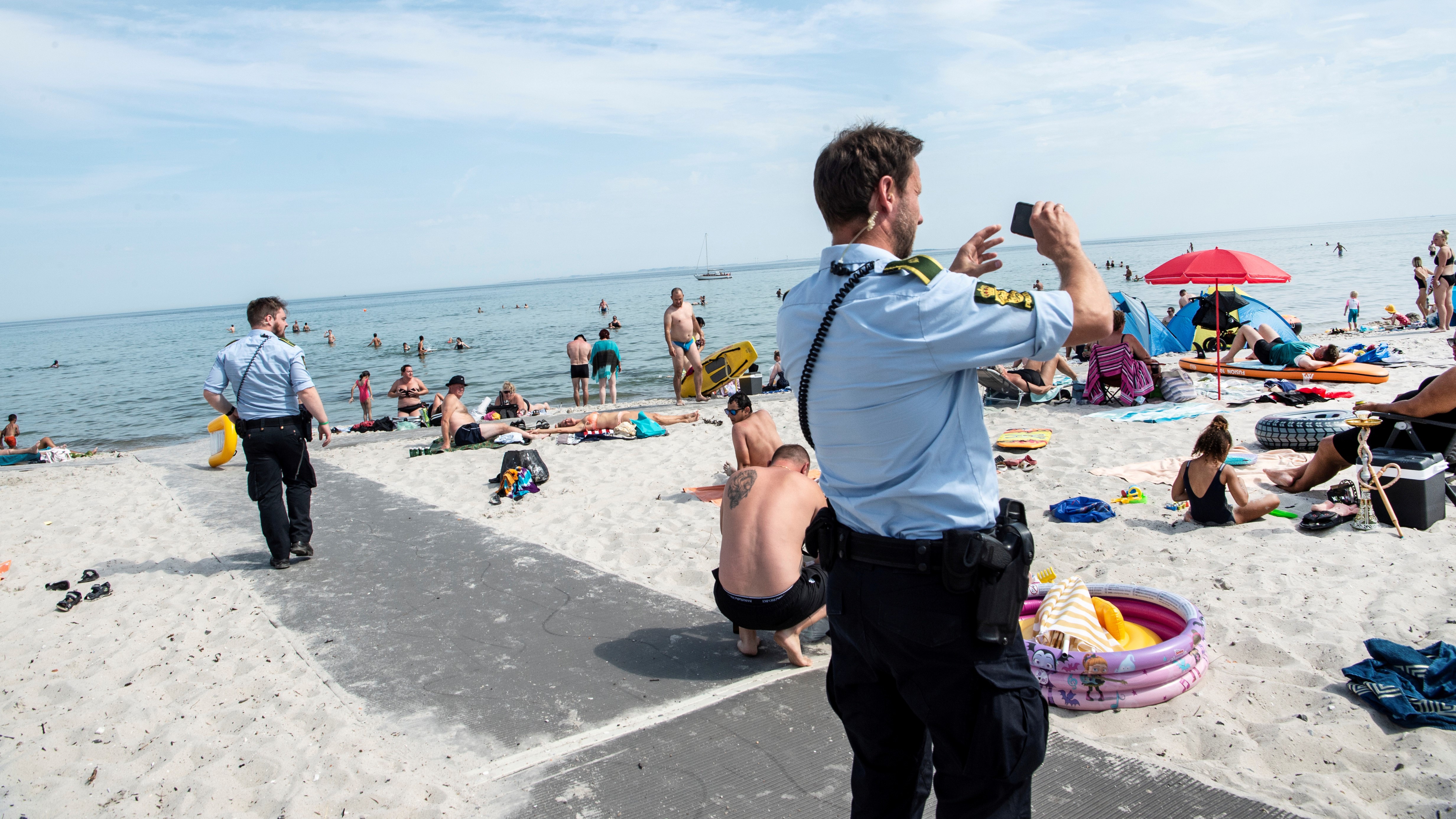 Police officers check if beach-goers are keeping their distance from each other as they sunbathe during a heatwave in Saksild Strand, Denmark. /Reuters

Police officers check if beach-goers are keeping their distance from each other as they sunbathe during a heatwave in Saksild Strand, Denmark. /Reuters

I think it needs to be as regular as it needs to be, to ensure that the infection is caught and identified as quickly as possible and then the tracking system can move on from that
-   Anne Longfield, children's commissioner for England on the country's testing procedures

The EU's health commissioner, Stella Kyriakides, said there are "good signs" that a coronavirus vaccine could be available by the end of this year or early next year. She made the comments during an interview with the German newspaper Handelsblatt, which quoted her as saying a vaccine would allow a return to normality.

Late last month, the European Commission announced it had struck a deal with French pharmaceutical giant Sanofi to buy 300 million doses of a potential vaccine.

Several Belgian coastal towns are trying to seal their borders to day-trippers after a massive brawl broke out between police and beach-goers over the weekend.

It appeared to have started after officers told a group of young people not to sit on the breakwater due to social-distancing rules.

In the video widely circulated on social media, around a dozen people participated in the beach fight with police. They used everything from sand to beach umbrellas as weapons. Three were arrested.

The mayor of Blankenberge has since sealed off her resort town to day-trippers, while other officials are appealing to train operator SNCB to stop delivering people to the area, after they were flooded with day-trippers trying to escape a heatwave.

A senior German politician has called for stricter measures when traveling to areas with high rates of the coronavirus.

Interior State Secretary Günter Krings (CDU) believes travelers should have to notify authorities before they go to "at-risk" areas.

In an interview with the Rheinische Post, Krings said: "If you want to travel to a risk area, you should report this to the health department beforehand so that it can more easily check afterwards whether the mandatory corona test was carried out upon entry and whether the quarantine was complied with."

On Saturday, testing became mandatory for anyone returning to Germany from more than 125 countries. 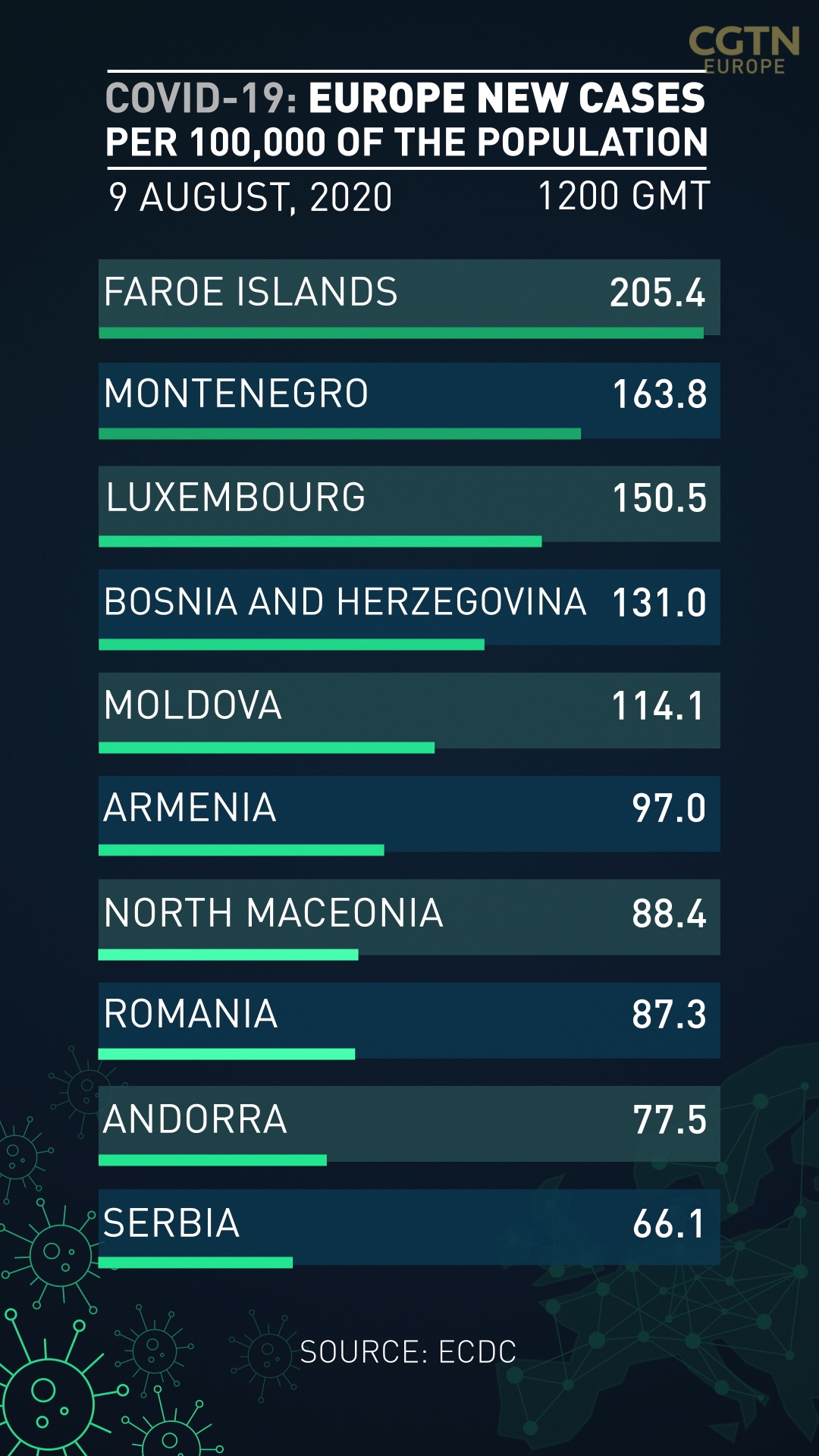 The Hungarian government continues to urge Hungarians to exercise caution when traveling abroad, even if the countries concerned are classified as low-risk regarding coronavirus infections.

According to official figures, active infections in Hungary are stagnating at between 500 and 600.

A spokesman for the prime minister, Gergely Gulyás said traveling to Austria, Croatia, Slovakia and Slovenia was relatively risk-free. Other European countries are grappling with "much higher" infection rates than Hungary, he said.

Hungary has changed Spain's coronavirus classification from "green" to "yellow," indicating a higher risk of infection.

The government sees a worsening COVID-19 situation across Europe with "dramatic figures," Gulyás said, adding that the government is planning to re-classify more countries.

The latest figures from French public health authorities show an increase in the incidence rate of COVID-19 of 33 percent for the first week of August compared with the previous seven days.

This re-emergence has prompted more than 1,500 municipalities across the country to make it mandatory to wear face masks outside.

Paris has stopped short of imposing the measure across the entire city, but from Monday it will be obligatory to wear one in the most crowded outdoor spaces, such as along the banks of the River Seine, around the popular Montmartre hill with the Sacre-Coeur cathedral and in the St. Martin Canal area.

Authorities in France's second-biggest city, Marseille, are making similar moves for some areas. CGTN America: Bill Gates on COVID-19: I would have expected the CDC to do better

CGTN Africa: Over 300 Nigerians evacuated from the UK

CGTN Europe has been providing in-depth coverage of the novel coronavirus story as it has unfolded. Here you can read the essential information about the crisis