Why is the gold price rising?
Louise Greenwood 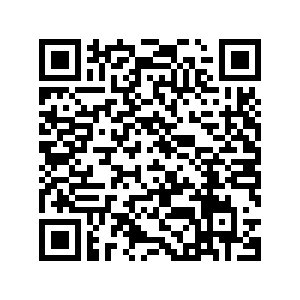 In times of uncertainty, gold acts as a hedge against yields on government borrowing and inflation expectations. /Getty via VCG

In times of uncertainty, gold acts as a hedge against yields on government borrowing and inflation expectations. /Getty via VCG

Gold is again riding high on the world's commodity markets, topping $2,000 per troy ounce for the first time on Tuesday and entering its third week of trading at above the benchmark level of $1,900 – its longest run at this point since 2011. Overall, gold has risen in value by a fifth so far this year.

The impact of COVID-19 on the world's markets has weakened the value of the dollar. This, along with ongoing geopolitical tensions in the Middle East and parts of Asia, helps explain its current winning streak, according to analysts.

Elsewhere, other assets including government bonds have slid in value as interest rates hit negative territory.

Governments have been forced into huge stimulus packages to combat the effects of the pandemic on their economies, which has led to a further fall in returns on government borrowing. The yield on U.S. 10-year Treasury notes fell to a record low of 0.52 percent this week.

The lockdown has also prompted a collapse in oil prices that energy analysts believe may have long-term consequences for oil as an asset class. However, inflation in the U.S. is rising, as the Federal Reserve seeks to bolster market liquidity in a bid to get the world's largest economy moving. This, again, will have the effect of dragging down real returns on debt-based investments.

Economists point to the inverse relationship between yields on government borrowings, inflation expectations and the rise in the price of gold. In short, in times of stress and uncertainty, which abound at present, gold (which has no yield), acts as a hedge and its price goes up.

However, Gianclaudio Torlizzi, managing director at Milan-based broker T-Commodity, thinks the top of the market for gold prices may be approaching.

"Commodities are moving higher as inflation expectations are pushing down real interest rates, which is a temporary phenomenon in our view," he said.

Despite predictions of the market topping out, The World Gold Council says inflows into gold-backed exchange traded funds (ETFs) rose to a record-breaking 734 tons in the second quarter of the year, at a time when consumer demand for jewelry and other gold-related products has fallen, even in markets of traditional high demand, such as India and the Gulf states.

Demand for gold-backed investments is such that questions have been raised over the ability of swap dealers to provide physical assets if contract holders opt to cash in contracts and take delivery, possibly pushing the gold price even higher.

However, as long as yields fall and growth expectations in the world's biggest economies are low, markets seem to agree the gold price has further to go.